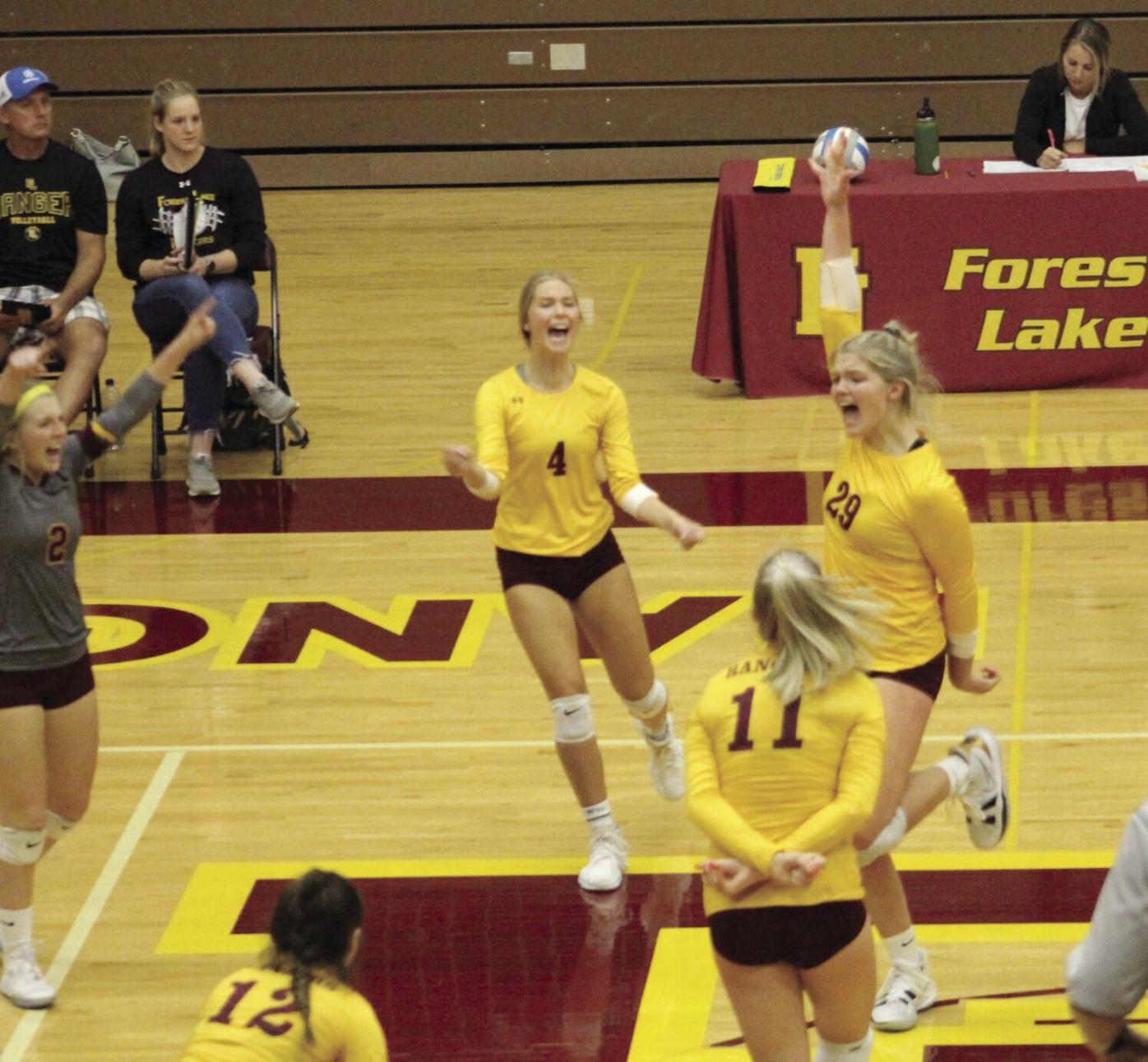 Forest Lake celebrates earning a point late in its 3-set victory over Stillwater on Tuesday, Sept. 28. 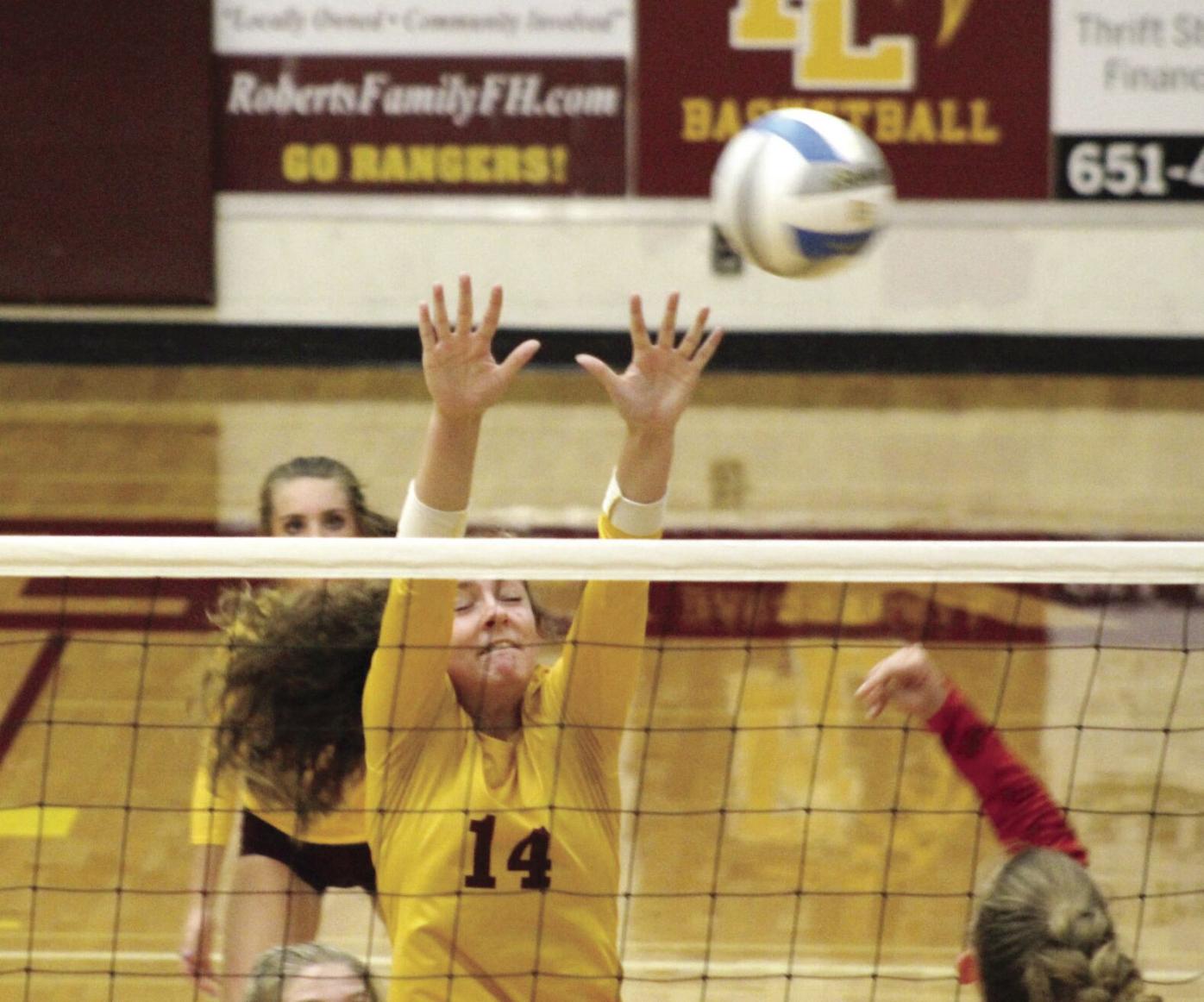 Junior Kaysie Bakke is able to block a kill attempt by Stillwater. Bakke had seven kills in Forest Lake’s three-set win over the Ponies on Tuesday, Sept. 28. 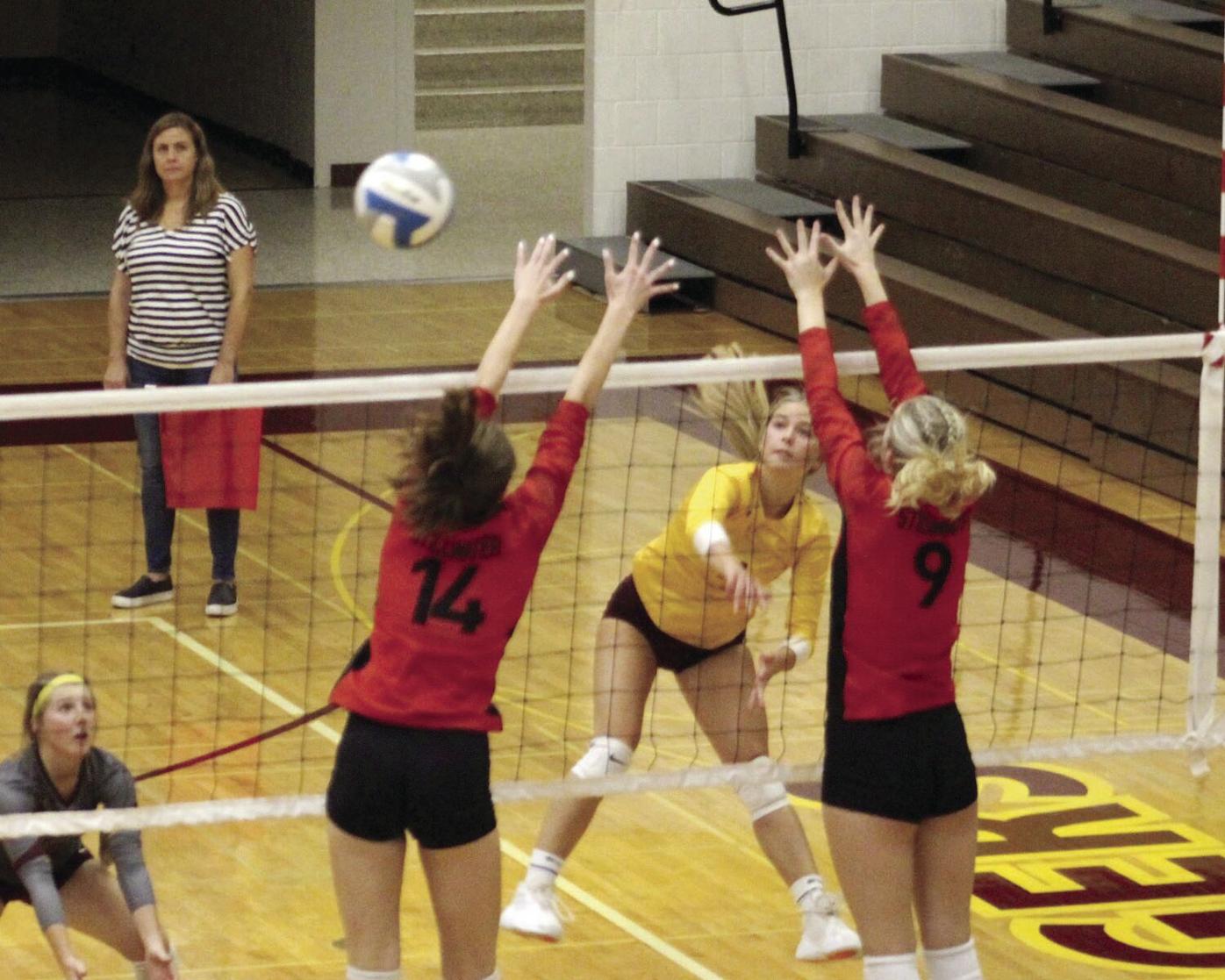 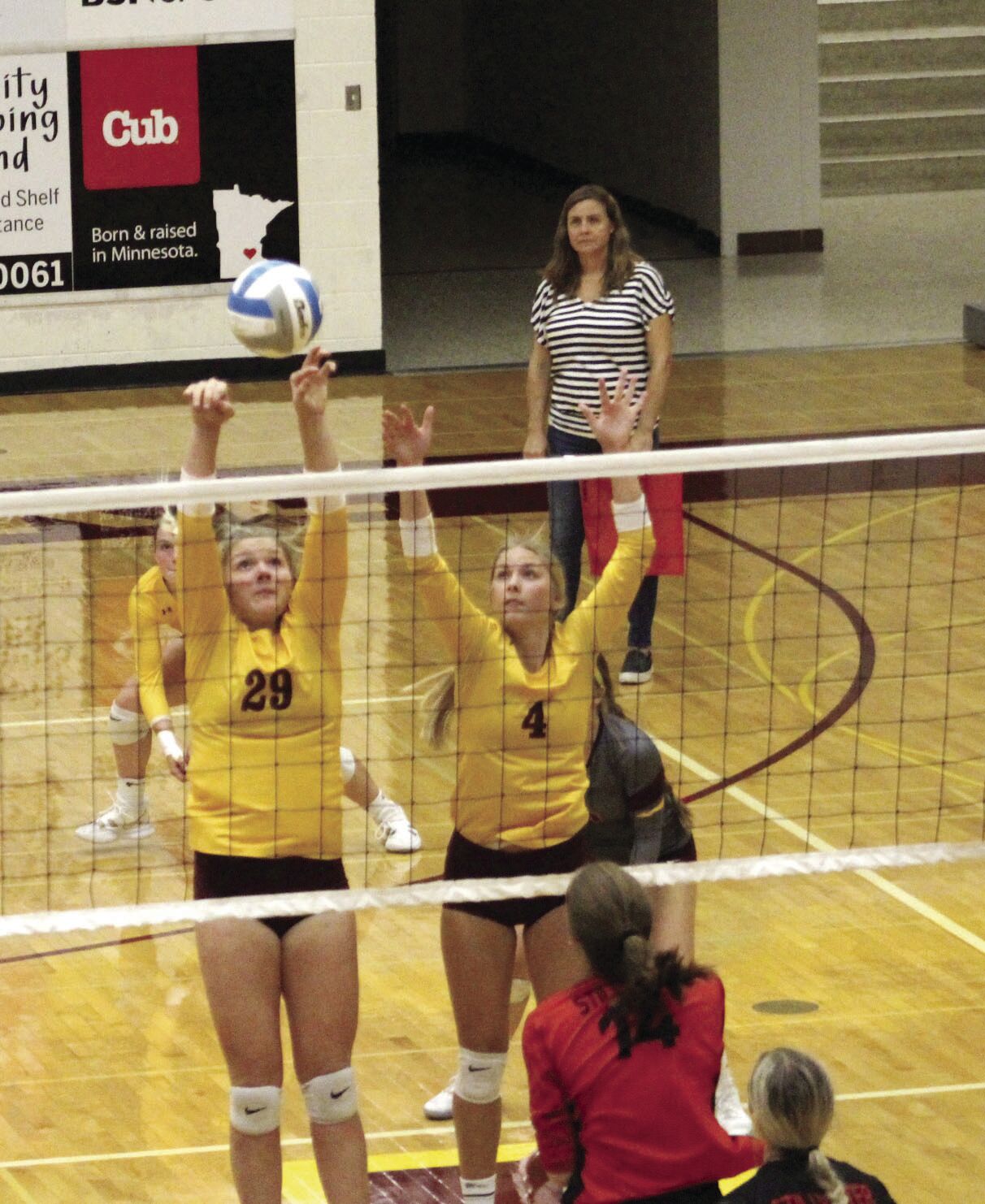 Forest Lake celebrates earning a point late in its 3-set victory over Stillwater on Tuesday, Sept. 28.

Junior Kaysie Bakke is able to block a kill attempt by Stillwater. Bakke had seven kills in Forest Lake’s three-set win over the Ponies on Tuesday, Sept. 28.

The Forest Lake volleyball team’s three-set home sweep of Stillwater on Tuesday, Sept. 28, may have been a foretaste of what was to come.

While the Rangers beat the Ponies by scores of 25-23, 25-16 and 25-21, coach Sherri Alm was not entirely pleased with her team’s performance.

“Overall I thought we were a little flat from the start – we were present without actually being here,” she said. “I don’t think we were dialed in and ready to do our jobs. There was more ebbs and flows than I would like to see.

“Stillwater has some firepower, but I expected to win this match in three. Woodbury is a little stronger and quicker. We need to do our job and minimize our mistakes when we play at Woodbury.”

But Forest Lake instead suffered its first loss in Suburban East Conference action this season when it lost in three sets to the Royals two days later.

The Rangers had just 19 kills in three sets in that contest, with senior Josie Lerdall and junior Bethany Weiss leading the way with five each. Weiss also had 11 digs and three blocks, including a pair of solo blocks.

Weiss was coming off an impressive performance against Stillwater, where she led the team with 16 kills and 17 digs while adding three block assists.

Junior Kaysie Bakke had seven kills, while seniors Maddie Sandstrom and Emily McPhee each added 10 digs against the Ponies.

The Rangers will be busy this week with three matches in four days, starting with contests at Champlin Park on Monday, Oct. 4, and at home against Roseville on Tuesday, Oct. 5, that were not completed at press time.

Forest Lake will host Irondale in a home match on Thursday, Oct. 7, starting at 7 p.m.