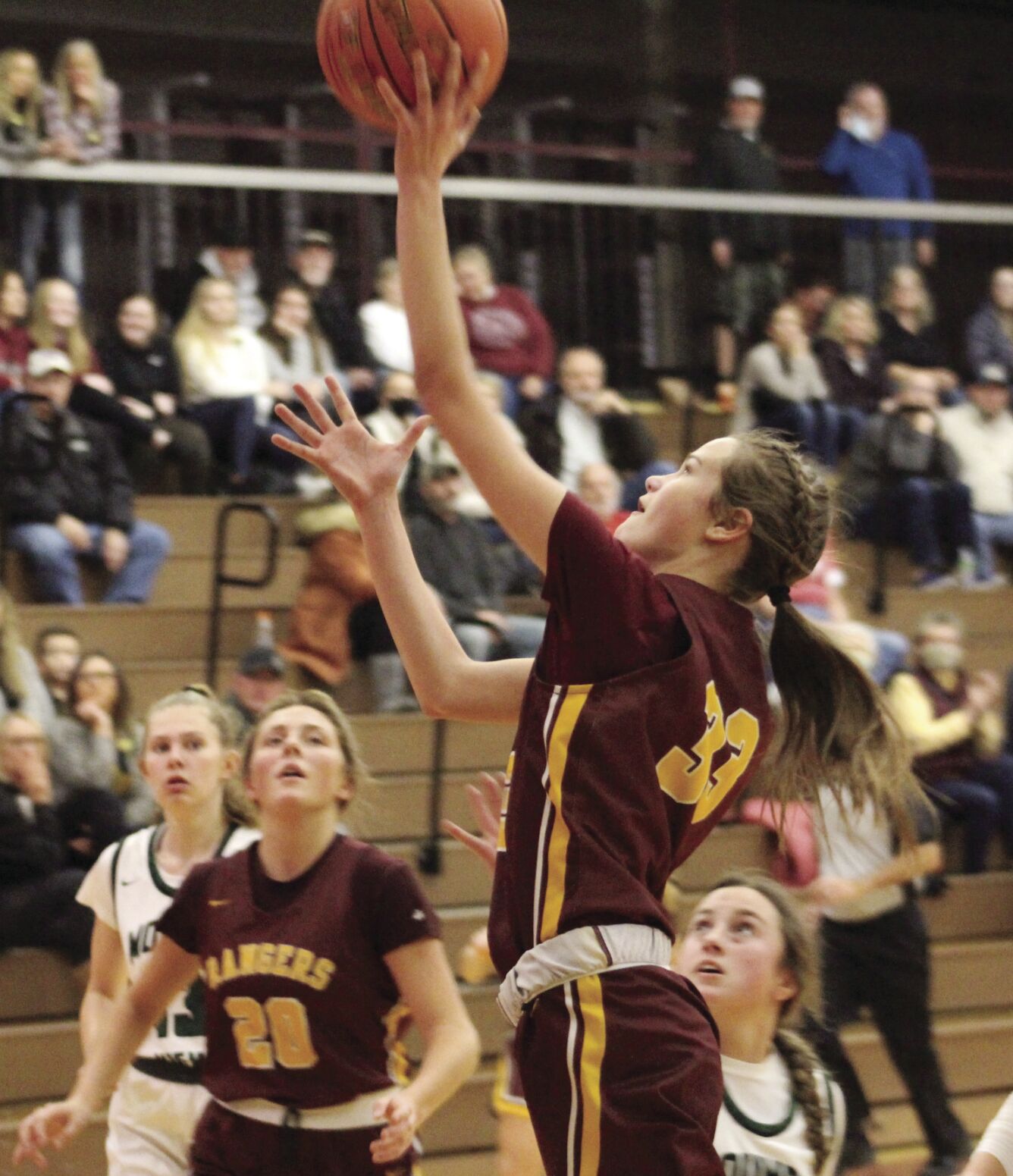 Sophomore Cassidy Pitzl drives to the basket during the first half of the Rangers’ 65-58 win over Mounds View on Friday, Dec. 17. 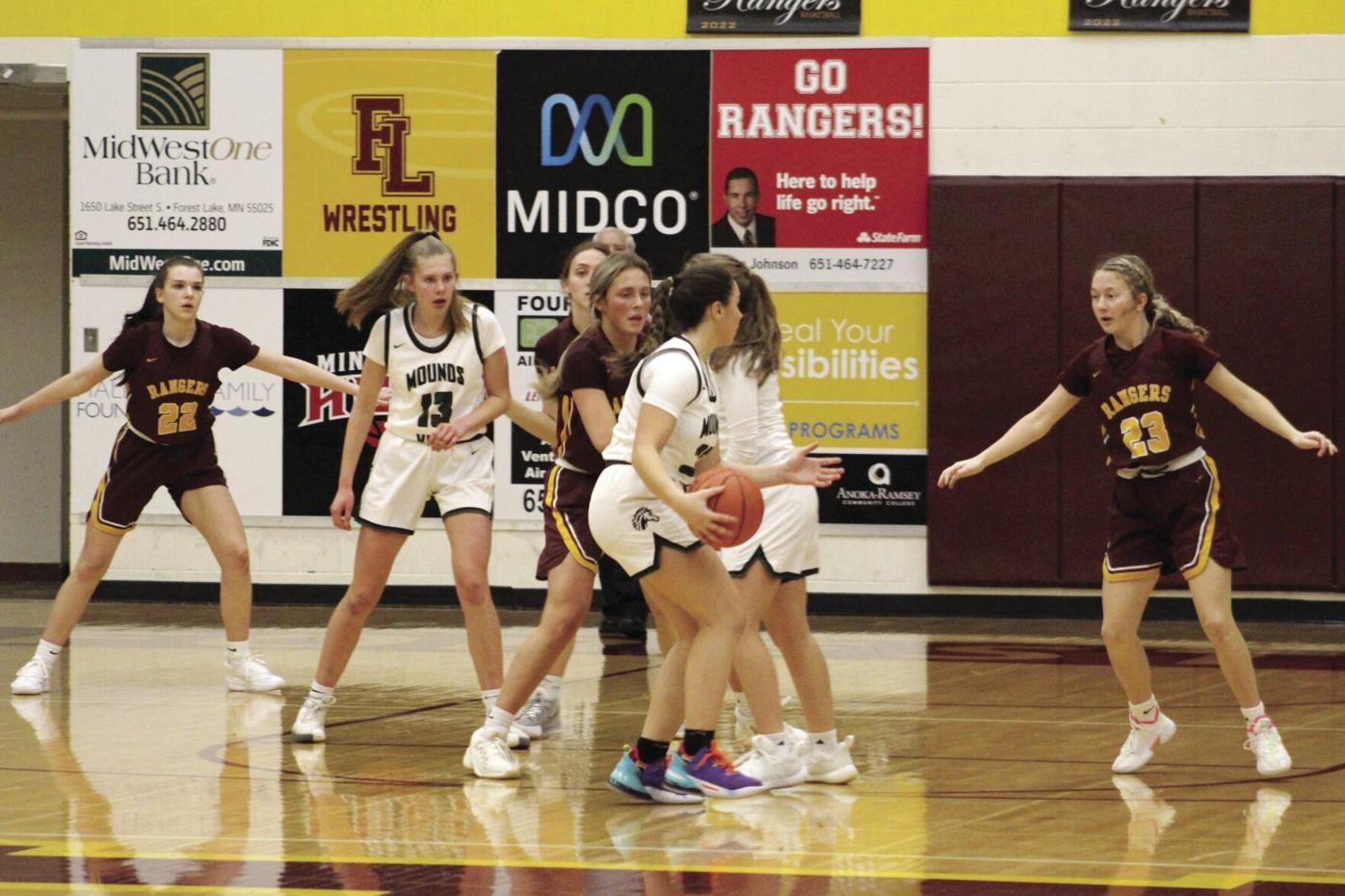 The Forest Lake defense held Mounds View in check in the first half, allowing the Rangers to build an early 19-4 lead and cruise to a 65-58 victory on Friday, Dec. 17. 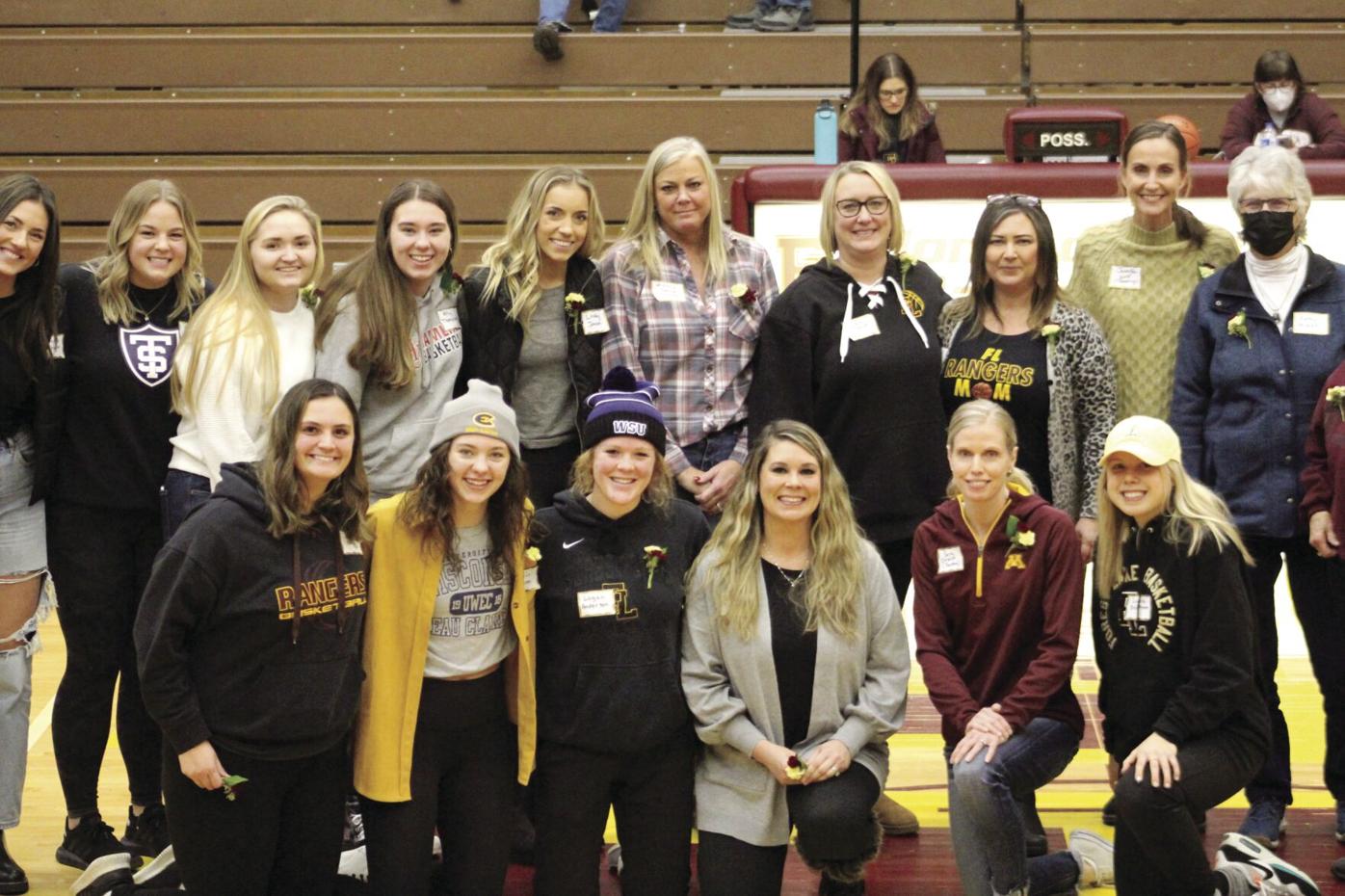 A number of alumnae of the Forest Lake girls basketball team were honored at halftime of the game played on Friday, Dec. 17.

Sophomore Cassidy Pitzl drives to the basket during the first half of the Rangers’ 65-58 win over Mounds View on Friday, Dec. 17.

The Forest Lake defense held Mounds View in check in the first half, allowing the Rangers to build an early 19-4 lead and cruise to a 65-58 victory on Friday, Dec. 17.

A number of alumnae of the Forest Lake girls basketball team were honored at halftime of the game played on Friday, Dec. 17.

The Forest Lake girls basketball team put together an impressive first-half performance against Mounds View, clicking on both offense and defense to build a 28-12 halftime advantage in a home contest played Friday, Dec. 17.

In the second half things got a little dicey, as the Mustangs used full-court pressure to mount a comeback before Forest Lake regained command late and claimed a 65-58 victory.

“When you have a big halftime lead, you have to learn that the other team is going to come out after you hard – and you have to handle that,” coach Dave Ostercamp said. “They pressed for most of the second half, and there were a few times where we rushed things.

“But it’s nice to learn that while getting a ‘W’ rather than in a loss.”

It also was nice to see the Rangers put together a strong first-half effort in which the defense built early leads of 7-0, 12-2 and 19-4.

“We’ve been working hard on being anticipatory and not reactionary [on defense],” Ostercamp said. “We want them to be confident, not tentative, and they really did that in the first half. Basketball is a game of effort, and we had really good effort in the first half. We were bouncing and talking, and it really seemed to fluster [Mounds View]. It was really good to see.”

What made the first-half effort even more impressive was that Forest Lake was good on offense, but could easily be better.

“I was happy [with what I saw in this game], because in some of our games we have struggled with ball movement and rhythm,” Ostercamp said. “In some of our possessions we had those, and our shots were going in. But there were times we got impatient and made some poor decisions, so I felt we left some points on the table.”

In the second half Mounds View fought back to cut its deficit to single digits, but Forest Lake never allowed the Mustangs to get closer than 6 points.

“We haven’t been in this situation a lot, and it’s a challenge to come out with the same effort [when you have a big lead],” Ostercamp said. “Give credit to Mounds View for coming out and increasing their effort in the second half.

“Our girls weathered the storm all right. We haven’t felt the pressure of having to hold a lead late, and for the most part we kept the game at a three-possession difference.”

Three nights earlier the Rangers dropped a 55-34 decision at White Bear Lake despite 16 points by Krieger and 11 from fellow senior Grace Frechette.

Forest Lake hosted Coon Rapids on Tuesday, Dec. 21, in a contest that was not completed at press time, and the Rangers will travel to Blaine for a contest on Thursday, Dec. 23.

Ostercamp said he hopes to see continued improvement in those final two games before Christmas.

“We’ve seen our defense get better, and against Mounds View we took another step forward,” he said. “We’re trying to build a really tenacious defensive team, and we’ve seen some progress there.

“On offense it’s about patience and trust and ball movement, and we’ve seen some improvement there, too.”