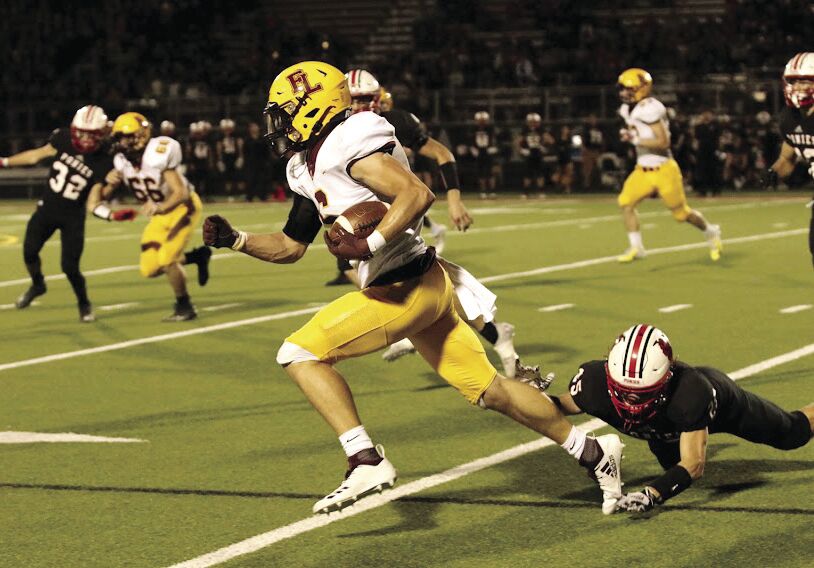 Senior Charlie Peterson breaks free as he returns a kickoff against Stillwater on Friday, Oct. 8. Peterson returned four kicks for 104 yards, and also ranked among the Rangers tackle leaders with five stops. 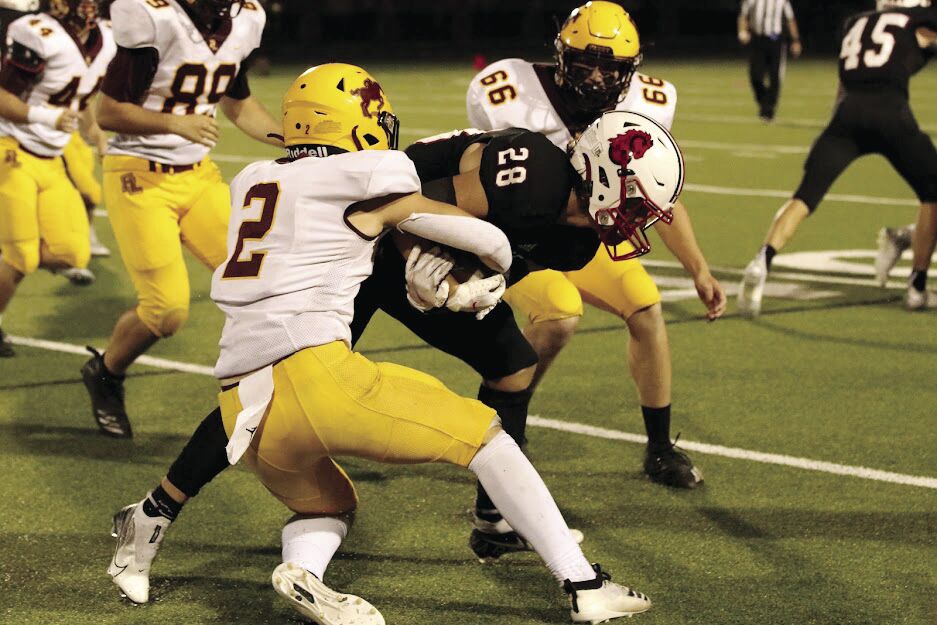 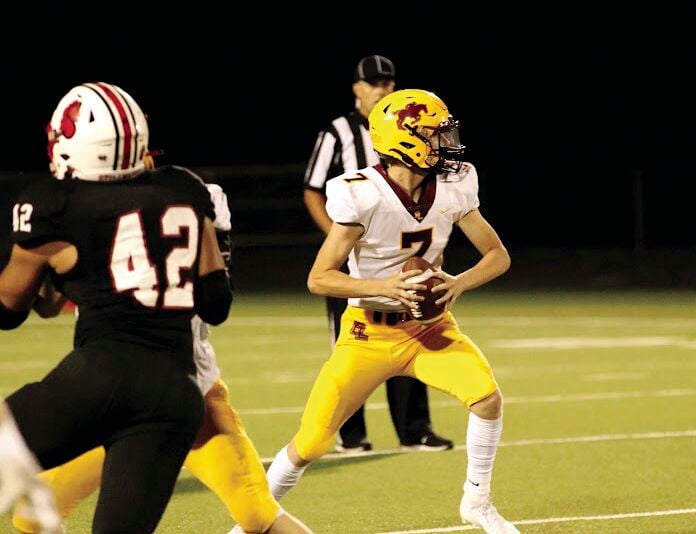 Senior quarterback Ryan Olson looks for an open receiver. Olson completed 12-of-20 passes for 76 yards and was intercepted once.

Senior Charlie Peterson breaks free as he returns a kickoff against Stillwater on Friday, Oct. 8. Peterson returned four kicks for 104 yards, and also ranked among the Rangers tackle leaders with five stops.

Senior quarterback Ryan Olson looks for an open receiver. Olson completed 12-of-20 passes for 76 yards and was intercepted once.

But his focus entering the Rangers’ road contest against the Ponies on Friday, Oct. 8 was on his team, not the opponent.

“I didn’t even look at them as a state-ranked team,” Ferraro said of Stillwater, which was ranked fourth in the state in Class 6A. “They were 5-0, and good for them. But our focus was to get better every day leading up to that game, and I thought we played with them for three quarters.”

The problems for the Rangers were primarily on offense, which surrendered a safety a little more than three minutes into the contest, and the ensuring good field position allowed Stillwater to add a short-field touchdown.

Forest Lake finished with 177 yards of total offense, split between 101 yards rushing and 76 passing. Senior quarterback Ryan Olson completed 12-of-20 passes for 76 yards and was intercepted once; senior Leo Kressin caught five of those passes for 41 yards.

“It’s hard to compete when you’re facing a team where their defensive line outweighs you at every position,” Ferraro said. “You have to be perfect in technique and execution. And if you’re not perfect, that size advantage will overtake you.”

Stillwater scored twice in the second quarter to take a 23-0 halftime lead, and Ferraro said the Forest Lake defense had its hands full dealing with the Ponies’ quarterback, junior Max Shikenjanski.

“He’s a high-caliber player,” Ferraro said of Shikenjanski. “He’s very elusive; when we thought we had him, there were times he would break free or make a great play. But we got some sacks against him, and we picked him off, and that was the first interception he’s thrown this season.”

Junior Jacob Aho collected that interception and also had 1.5 tackles in the contest. Sophomore Nolan Dumonceaux led the Rangers with eight tackles, including five solo stops and a sack, while seniors Caleb Whitehill and Charlie Peterson had 5.5 and 5.0 tackles, respectively.

Senior Colin McGeary had 4.5 tackles, including two tackles for loss and one quarterback sack.

One thing the Forest Lake defense did well, Ferraro said, was force Stillwater to be one-dimensional.

“We wanted to make them throw, and we really focused on stopping their running game,” he said. “Their running back came into the game with more than 700 yards rushing, but we were slowing them down until late in the game.”

Stillwater, which finished with 238 yards rushing thanks to a big fourth-quarter effort, added a touchdown in both the third and fourth quarters, but the Rangers avoided the shutout when Brisbois scored on a 10-yard run with just 2:38 left in the contest.

Ferraro said the message for his team, which is 1-5 overall and 0-4 in the Maroon North Division, is to focus on the next game against 0-6 Roseville.

“Our goal is to go 1-0 this week, and that means beating Roseville,” he said. “We want to win our last couple of games, and then win a playoff game, and if we win this week, we’ll see what happens with those goals.

“But our focus is to make as few mistakes as possible and to continue to play hard. That’s what I love about my team: They are fighters who just don’t quit. And there’s never a negative attitude on the sidelines.

“If we keep playing hard, if we play a clean game and we play for 48 minutes, we will be successful.”