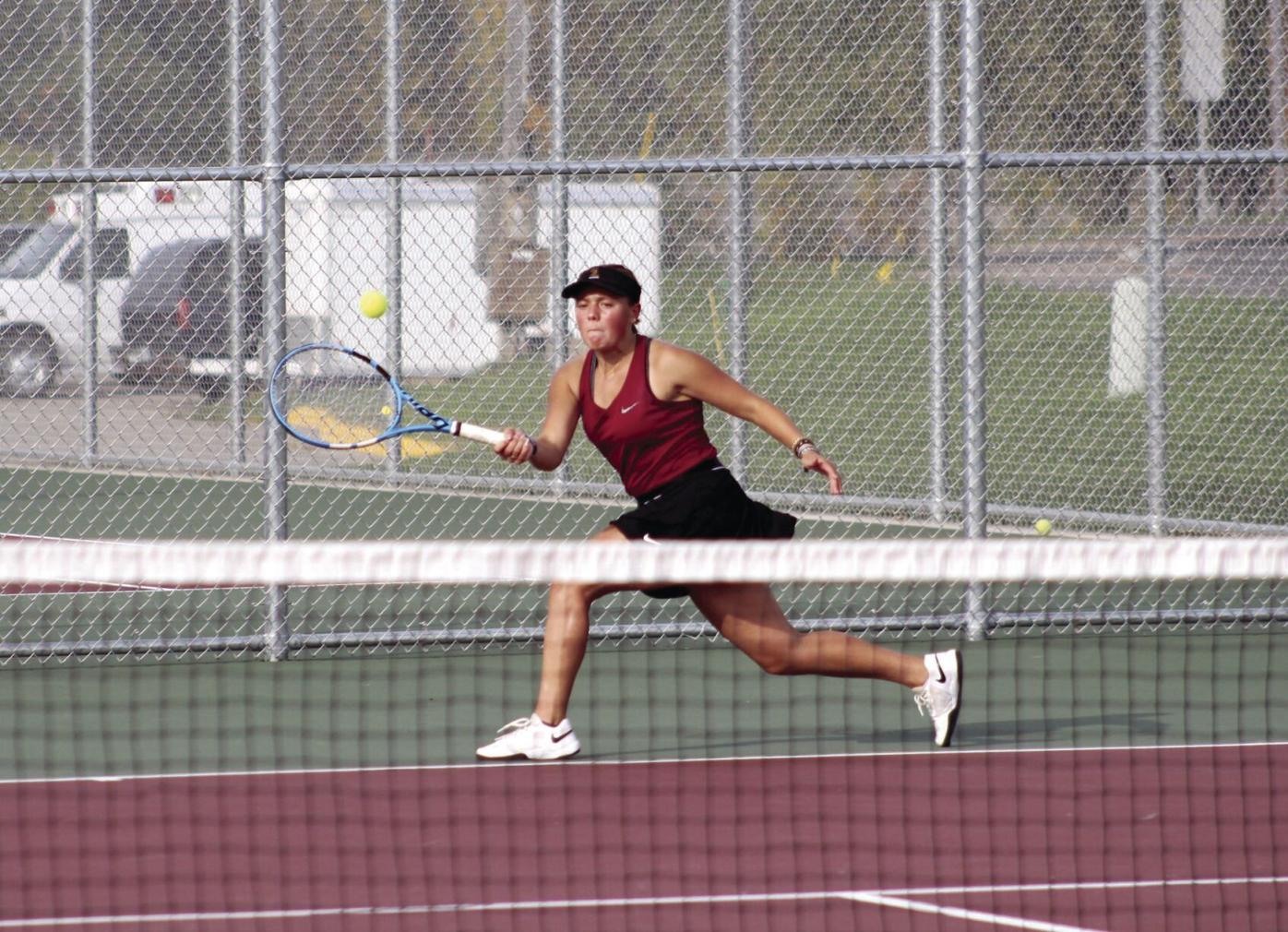 Forest Lake junior Malia McKinnon returns a shot against Chisago Lakes’ Addie Carlson on Wednesday, Sept. 29. McKinnon, who won the match 6-1, 6-1, is now in her second season playing first singles for the Rangers after her family moved from Chisago Lakes. 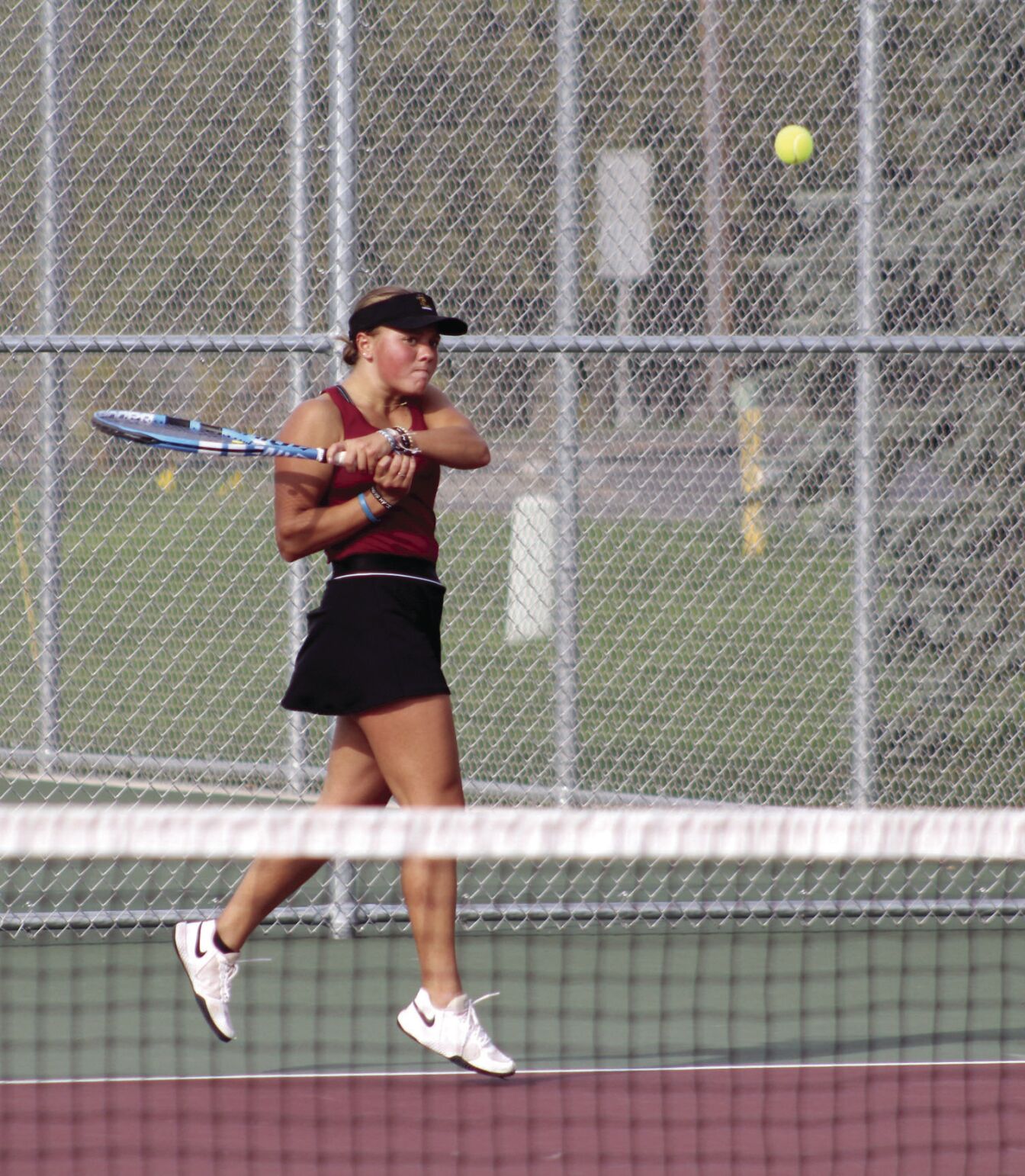 Forest Lake junior Malia McKinnon returns a shot against Chisago Lakes’ Addie Carlson on Wednesday, Sept. 29. McKinnon, who won the match 6-1, 6-1, is now in her second season playing first singles for the Rangers after her family moved from Chisago Lakes.

And McKinnon admitted that the match, which she won 6-1, 6-1, was more intense than usual because she was familiar with her opponent.

“We are family friends,” she said. “Addie was just starting out when I was there, so it is fun to see the improvement she has made since that time.”

McKinnon is in her second season at Forest Lake after transferring from Chisago Lakes, and that brought out a mixture of emotions from the Rangers’ No. 1 singles player when the two teams met.

“It is weird, although it is fun to play against them,” she said. “I was looking forward to this match.”

McKinnon said she is glad her family has moved into the Forest Lake system.

“When I miss my friends, I can easily drive back to them,” she said. “I’ve made so many new friends here. It has been super-fun to make friends and be at a new school.”

The Rangers sandwiched a pair of home Suburban East Conference losses around that win, starting with a 5-2 setback to Park of Cottage Grove on Tuesday, Sept. 28, in which Vetsch and Zowin were victorious.

Forest Lake closed its regular season with a 4-3 loss to Cretin-Derham Hall on Thursday, Sept. 30. Vetsch and Zowin both were winners, as were Wiener and Siebenaler at third singles.

Now the Rangers prepare for section tournaments as a team and as individuals, and McKinnon said the end of the season brings a mix of emotions.

“This season has been super-fun,” she said. “I’m kind of sad, because we have some seniors that I have become really close to who are leaving. This is a really fun team this year, and I think next year will be really good as well.”

Forest Lake received the seventh seed in the Section 7 team tournament and, in a quirk of fate, hosted Chisago Lakes in a rematch on Tuesday, Oct. 5, that was not completed at press time. If the Rangers won that match, they would likely face No. 2 Pequot Lakes on the road on Thursday, Oct. 7.