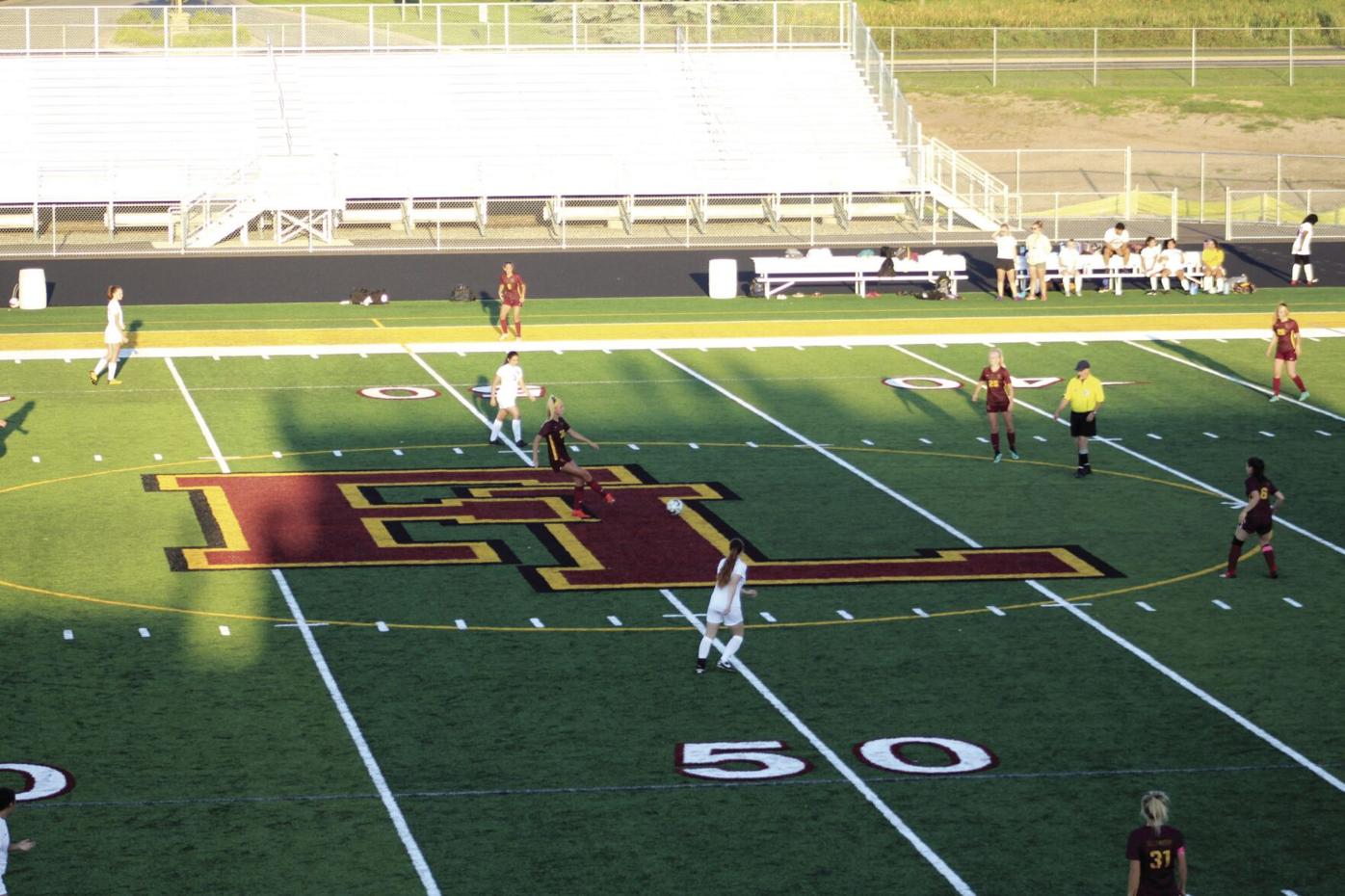 The Forest Lake girls soccer team kicked off its season with a 10-0 victory over North St. Paul at the refurbished Ranger Stadium. 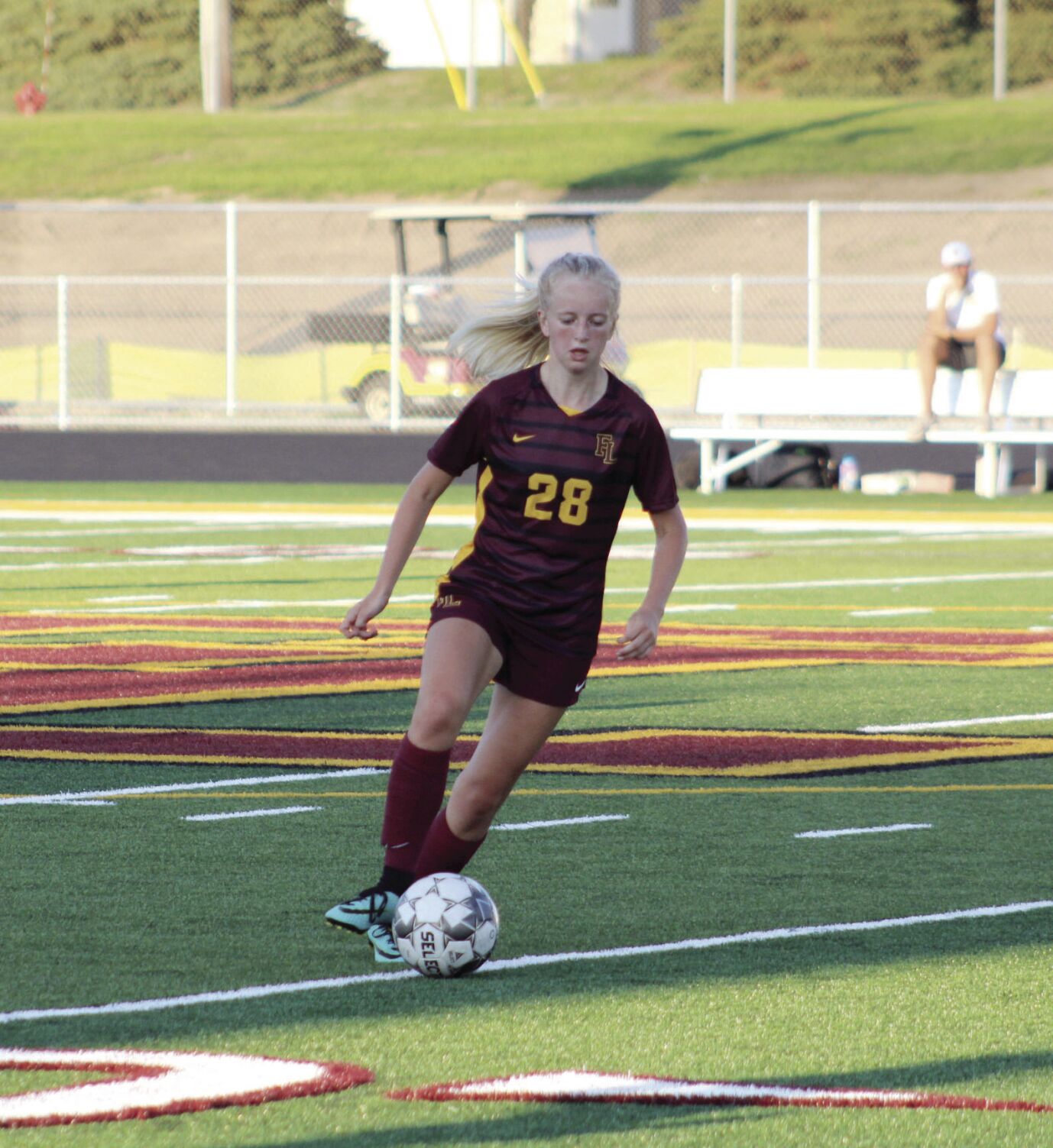 The Forest Lake girls soccer team kicked off its season with a 10-0 victory over North St. Paul at the refurbished Ranger Stadium.

The first time the Forest Lake girls soccer team stepped onto the new turf at Ranger Stadium for a practice, things did not go well.

“It was kind of a mess,” senior captain Jill DuPaul admitted. “We were used to bouncing balls, so that first practice was kind of hectic. But the more time we spent on the turf, the better it got.”

And when it came time to play the first-ever game on their new pitch, the Rangers were ready: They scored four goals in the first half, then added six in the second to pummel North St. Paul 10-0.

“It was crazy,” she said. “It was surreal. The first game on the turf, it was just insane. I was so proud of how we played on the new field.”

Coach Trent Holmes said he was not surprised that the girls struggled when practicing on their new pitch for the first time.

“The girls were struggling to control the ball, and then it started raining, which made everything even slicker,” he said. “But we were happy to get those two practices in, because today they were better adjusted to the turf. They obviously figured it out.”

“We play a possession-based game, and that’s easier when the field is big,” he said. “And we get predictable bounces of the ball, which is great compared to the grass – which really got beat up late in the season.

“It’s a beautiful field, and it’s been amazing to play on it.”

And the Rangers played a beautiful opening game on their new pitch. Eighth grader Ava Fienup scored three goals and added an assist to lead the offense, while DuPaul and junior Ellen Joesting each added a pair of goals (DuPaul also had two assists).

While Holmes certainly was happy with the victory, he was more pleased by how his team has looked early in the season.

“And the leadership we’re getting has been great. After this win, the girls talked about still improving, about continuing to get better. Having a growth mindset can be tough for a team that has lost a lot. But this team is hungry to learn and to grow and to get better.”

The best news for the Rangers is that the win will erase the memory of that first practice at Ranger Stadium.

“Playing the way we did, I was so proud,” Carroll said. “I thought we made up for how we played in our first practices here.”

Forest Lake followed up the win by playing to a scoreless draw at Cambridge-Isanti on Thursday, Sept. 2. Grams made 20 saves to claim her second clean sheet of the season.

The Rangers will play their next four games at home, a streak that started with a contest against North Branch on Tuesday, Sept. 7, that was not completed at press time. Forest Lake hosts Cretin-Derham Hall in its league opener on Thursday, Sept. 9, at 5 p.m., then plays Chisago Lakes on Saturday, Sept. 11, starting at 1 p.m.

The Rangers will close the homestand against Mounds View on Monday, Sept. 13, beginning at 7 p.m.