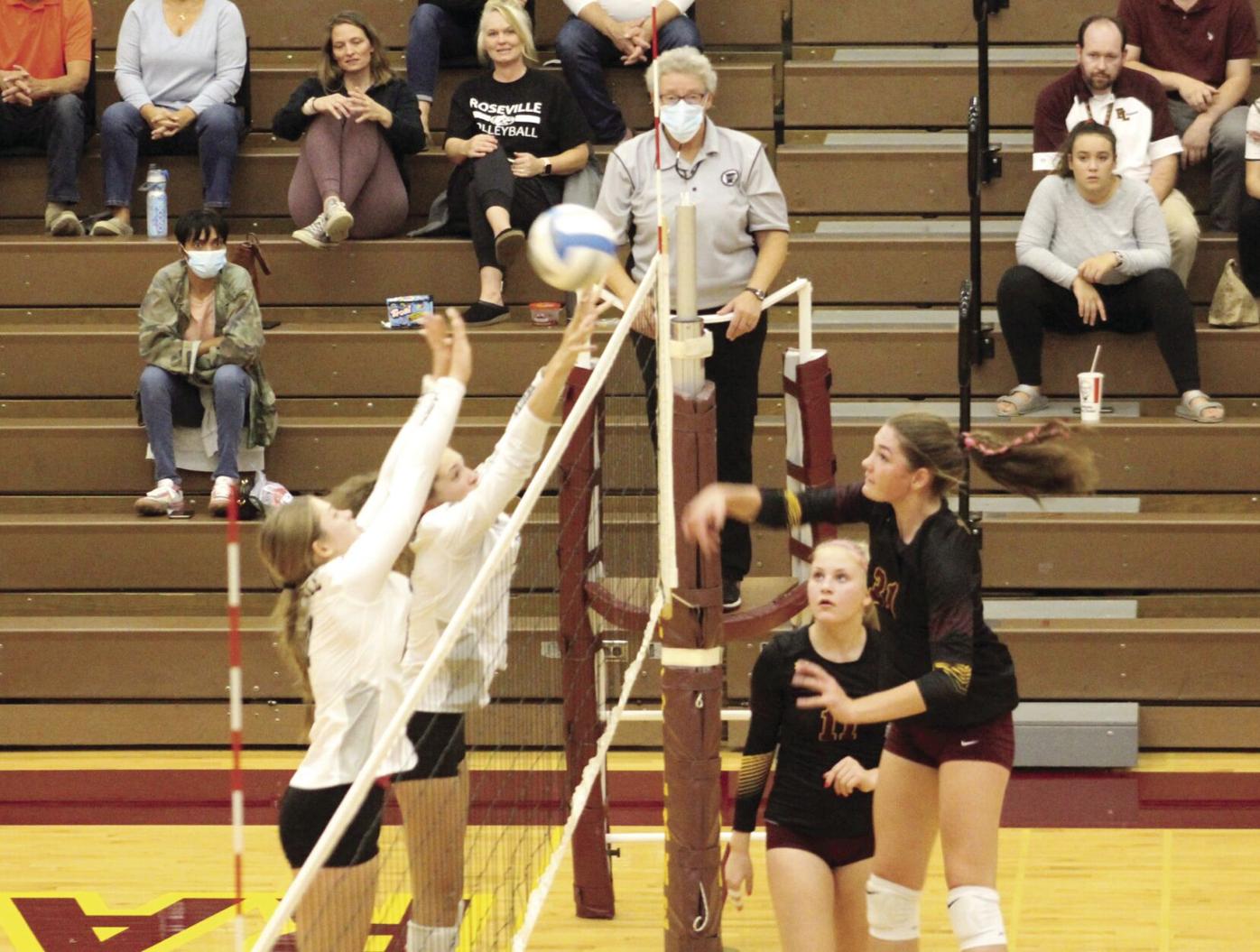 Sophomore Maddie Muellner goes for a kill in the Rangers’ five-set home victory over Roseville on Tuesday, Oct. 5. 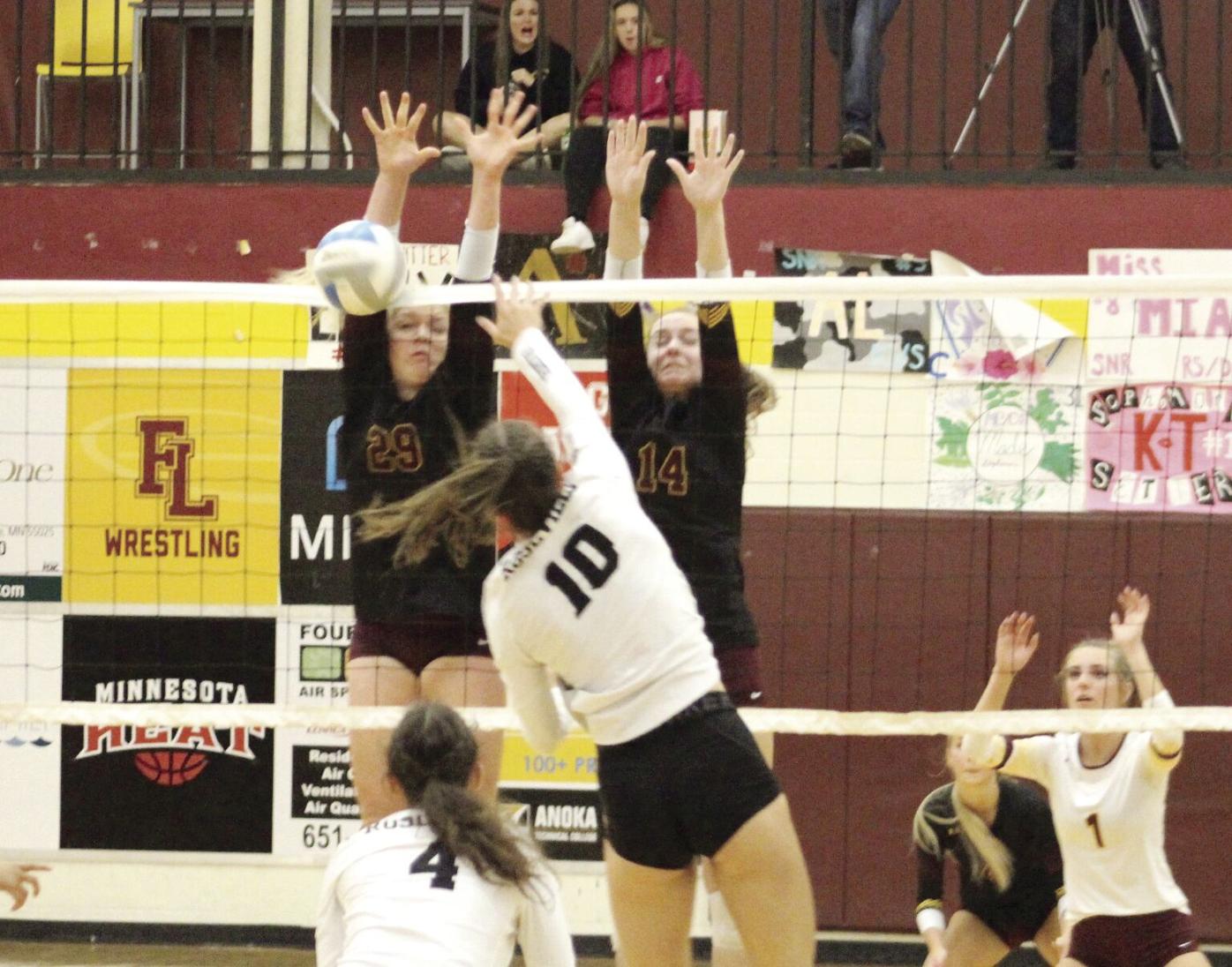 Sophomore Maddie Muellner goes for a kill in the Rangers’ five-set home victory over Roseville on Tuesday, Oct. 5.

The Forest Lake volleyball team set up a showdown for first place in the Suburban East Conference by winning a pair of league matches last week.

But it was not easy, especially a five-set match against Roseville on Tuesday, Oct. 5, in which the Rangers dropped the first two sets, then claimed a 27-25 nail-biter in set four.

“I thought we were tentative on a lot of shots, and I don’t know if our shot selection was great,” Forest Lake coach Sherri Alm said of her team’s slow start. “But we starting swinging aggressively.”

Alm said she liked what she saw from her team when it faced the 2-0 deficit.

“Our middles need to be an option, and that relies on good passing,” she said. “Our passing wasn’t good to start, but it got better, and we started to play more to win than to not to lose. I thought we really took care of business in Game 5.”

That the Rangers did, scoring four of the first five points in that decisive set. Then Forest Lake used a kill by sophomore Maddie Muellner and a double block by Muellner and junior Kaysie Bakke to lead 10-6 and force another Raiders timeout. The Rangers then got back-to-back kills from senior Josie Lerdall, as well as kills by sophomore Lillian Desrosier and Muellner, and quickly finished out the 15-8 victory to win the set and the match.

“I thought we played much better, especially in trusting teammates,” Alm said of the fifth set. “I thought we served tough, which got them back on their heels and made it tougher to get the ball to some of their key hitters.”

Forest Lake had no such trouble in a three-set home win over Irondale on Thursday, Oct. 14, improving to 14-6 overall and 5-1 in SEC play. That set up a battle at East Ridge on Tuesday, Oct. 12, in which the Rangers hoped to hand the Raptors – the seventh-ranked team in the state in Class 4A – their first league loss of the season.

That contest was not completed at press time.

Forest Lake began last week with a three-set loss at Champlin Park, which is ranked sixth in the state in Class 4A, on Monday, Oct. 4.

“We had one decent set against Champlin, but we weren’t passing very well,” Alm said.

“There are no walkover teams in our league, and we want to be playing our best volleyball when section play begins,” Alm said.