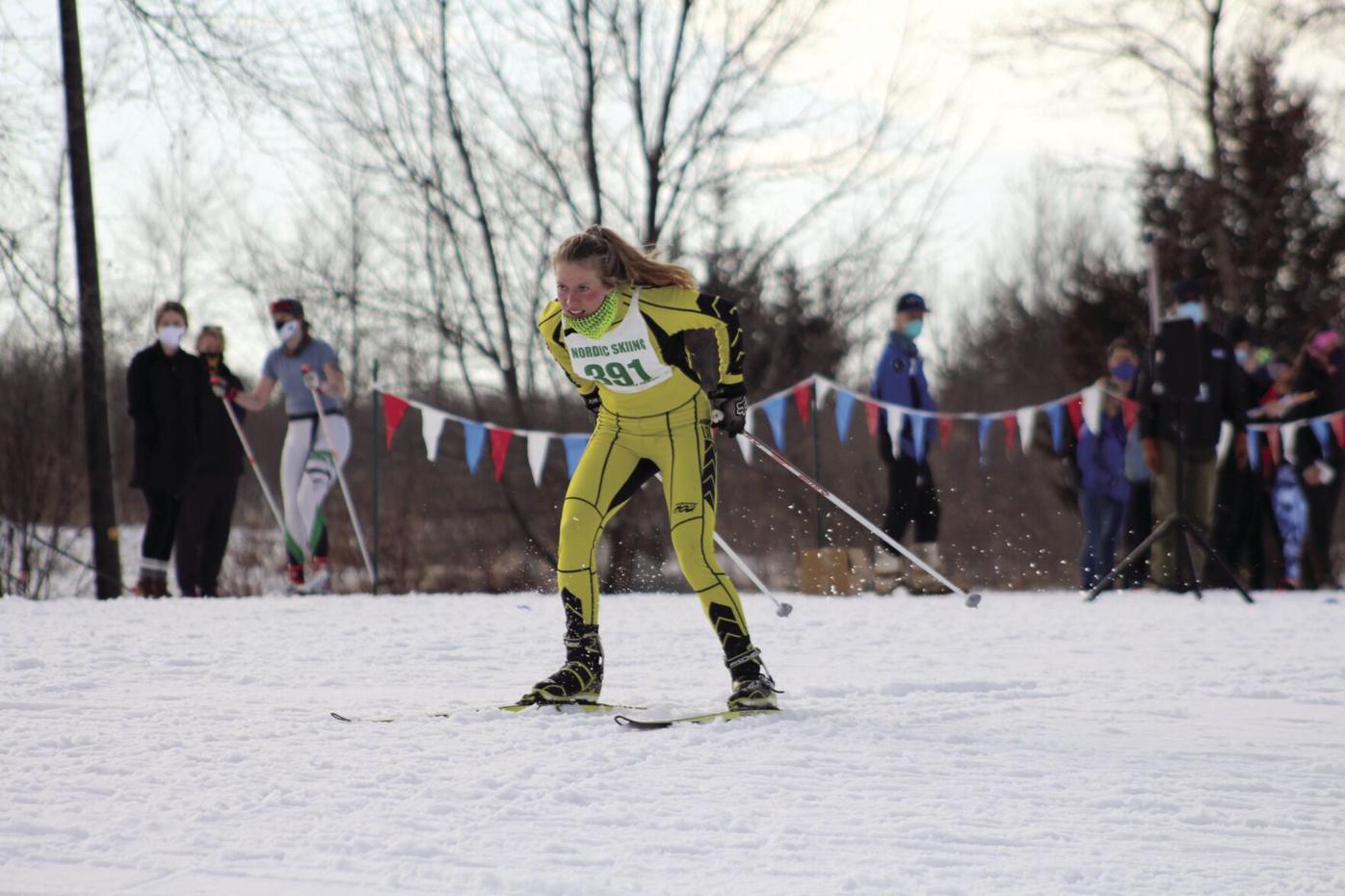 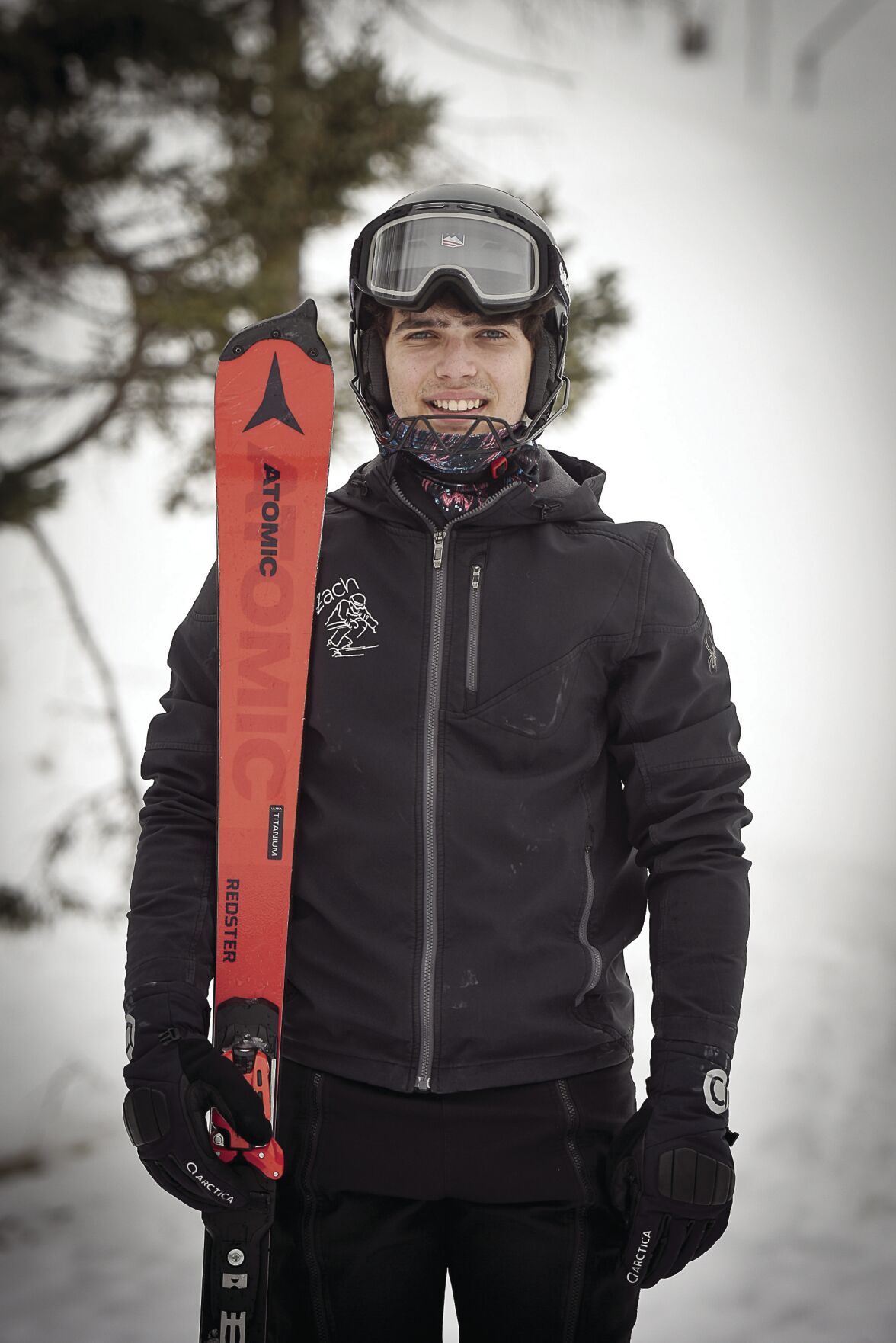 Forest Lake’s Zach Trotto earned his first state title in Alpine skiing in his third appearance at the state meet. 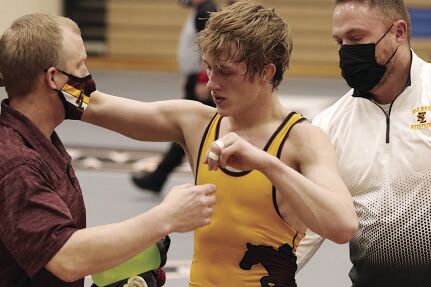 Derrick Cardinal hugs his father Tim, after Derrick won his fourth state title at the 2021 Class 3A state wrestling tournament. 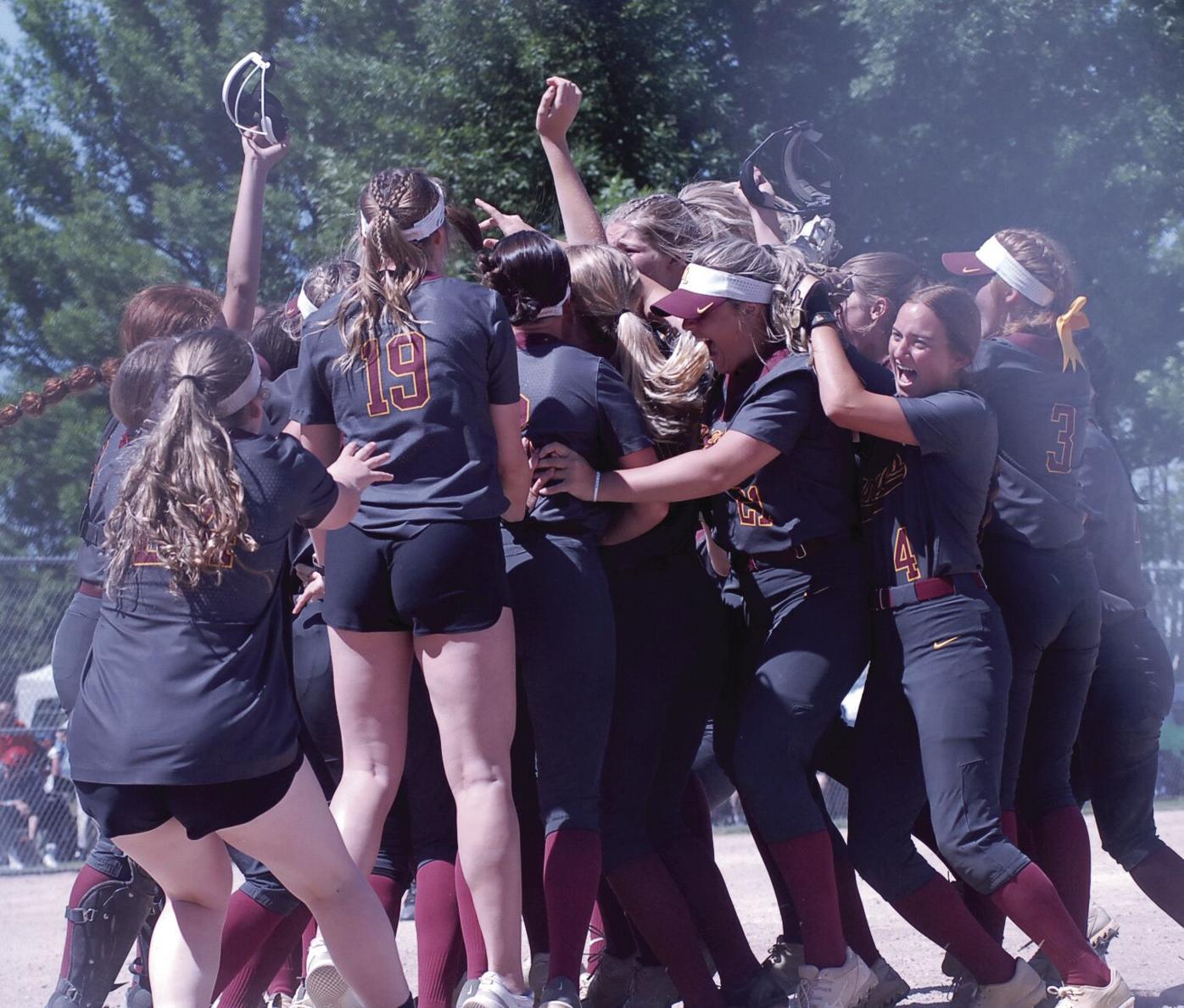 The Forest Lake softball team celebrates after beating Stillwater at the Class 4A state softball tournament. The Rangers advanced to the title game before losing to Rosemount.

Forest Lake’s Zach Trotto earned his first state title in Alpine skiing in his third appearance at the state meet.

Derrick Cardinal hugs his father Tim, after Derrick won his fourth state title at the 2021 Class 3A state wrestling tournament.

The Forest Lake softball team celebrates after beating Stillwater at the Class 4A state softball tournament. The Rangers advanced to the title game before losing to Rosemount.

Year filled with team and individual champions in variety of sports

This past year was a magical year for sports in Forest Lake.

True, dealing with COVID-19 concerns was less than magical. But area teams did more than overcome those issues; they positioned themselves amongst the top teams in the state in a number of different competitions.

In 2021, Forest Lake claimed a state title in girls Nordic skiing – the first-ever state title for a girls team at the school, regardless of sport – as well as runner-up finishes in boys Nordic skiing, gymnastics and softball. Individually, the Rangers had champions crowned in three different sports, not to mention several other impressive finishes.

The year actually began with a “delayed” start as the Minnesota State High School League prohibited winter sports teams from starting practices until Jan. 4, 2021 while not allowing games to begin until Jan. 14.

Winter sports teams were not permitted to play a full schedule – and what’s more, teams were required to wear masks during practices and games.

But none of those restrictions kept Forest Lake athletes from rising to the top.

The Forest Lake girls Nordic ski team claimed a first by winning the state team title at Giants Ridge in Biwabik on March 11. The Rangers were the first girls team in school history to win a state title. The celebration was muted, however, because there was no awards ceremony following the event.

Meanwhile the boys Nordic ski team, which entered the event as the defending champions, lost by a mere 3 points to Minneapolis Southwest, the team the Rangers had beaten in a tiebreaker one year earlier.

The Forest Lake senior claimed a 3-2 victory in the ultimate tiebreaker over Lakeville North’s Zach Hanson to win the Class 3A 132-pound individual state title. Cardinal could have wrestled at 138, but instead he dropped weight for the chance to battle Hanson, who was undefeated heading into the championship match, and possibly Reid Ballantyne of Stillwater, a four-time champ.

3. Third time’s a charm for Trotto

Zach Trotto earned his third-straight berth in the state Alpine ski meet, which was held at Giants Ridge in Biwabik on March 10. Trotto said that experience played a role in him winning the boys state individual title with a combined time of 1:12.04 for his two runs.

Forest Lake’s interest in the Olympics, especially the gymnastics competition, was spurred by more than just support for the United States. Isanti-native Grace McCallum used Flyaways Gymnastics to hone her skills in the sport before transitioning to Twin Cities Twisters. She used those skills to help the U.S. Womens Gymnastics team earn a silver medal in the team competition on July 27.

Forest Lake graduates and twin brothers Jess and Jeff Graba also have important connections to another Olympic gymnast. Jess coached Sunisa Lee, who won the Olympic individual all-around title while claiming a bronze medal on the bars. He was Lee’s coach at Midwest Gymnastics in Arden Hills; now Lee has moved to compete collegiately at Auburn with coach Jeff Graba.

5. One step short for FL softball

The Forest Lake girls softball team made the most of its fourth consecutive trip to the Class 4A state softball tournament, knocking off Stillwater and Chanhassen on June 15 to advance to the championship contest the next day.

But the Rangers fell just short of a state title, dropping a 5-1 decision to Rosemount in the championship contest.

Still, the second-place finish tied the best in program history as the 1995 squad was the Class 2A runner-up, while the Rangers also placed second in Class 3A in both 2000 and 2011.

6. Gymnasts stick it in second

The Forest Lake gymnastics team watched the second half of the Class 2A state gymnastics meet, which was hosted by Champlin Park High School on March 27, on closed-circuit television. That’s because the competition was split into two sessions to limit COVID-19 concerns.

The Rangers saw their dream of a state title dashed by Sartell, which posted a total of 148.050, but celebrated a second place with a 146.775 mark.

Senior Claire O’Gorman also won the state title in the floor exercise while placing second in the all-around competition, and then-junior Keely Sisco took top honors on the balance beam.

In what was Jennifer Wagner’s final season as longtime head coach, the Forest Lake girls basketball team earned its third state tournament bid in four years by knocking off Cambridge-Isanti 58-50 in the Class 4A Section 7 title game it hosted on March 25.

While the Rangers dropped a 76-44 loss to Hopkins in its Class 4A state quarterfinal game played at East Ridge on March 30, that was one of the few blemishes in a season that saw the team post a 17-4 overall record while finishing 15-3 in the SEC.

The Forest Lake volleyball team swept three straight sets from top-seeded Blaine to win the Class 4A Section 7 title at Cambridge-Isanti on Nov. 6.

That 25-20, 25-19, 25-23 victory over the Bengals clinched the program’s fourth state tournament berth – and the team’s third in the four seasons a state tournament has been held since 2017.

But the state tournament resulted in heartbreak for the Rangers, who twice jumped out to two-set leads, only to watch their opponents mount comebacks and eventually earn five-set victories.

The Dragons won the National Archery in the Schools Program’s state title in both bullseye and 3D on March 28. Then-freshman Ethan Stemper tied for third in the boys bullseye competition with a 289 score, while then-sophomore Brooklyn Corbett placed 10th in the girls bullseye with a 282 score.

LILA then performed well in NASP’s national tournament in May, finishing 46th among 247 participating schools around the country in bullseye while taking 13th among 102 schools in the 3D competition.

The Forest Lake baseball team advanced to the Class 4A Section 7 title game against Andover.

And while the Rangers ended up on the short end of a 6-3 decision in a game played at Anoka on June 9, the team won four games in the section tournament and twice pushed Andover to the limit before the Huskies claimed victories.

The tournament run was bittersweet for the Rangers, as coach Tal Gravelle announced his retirement before it began.