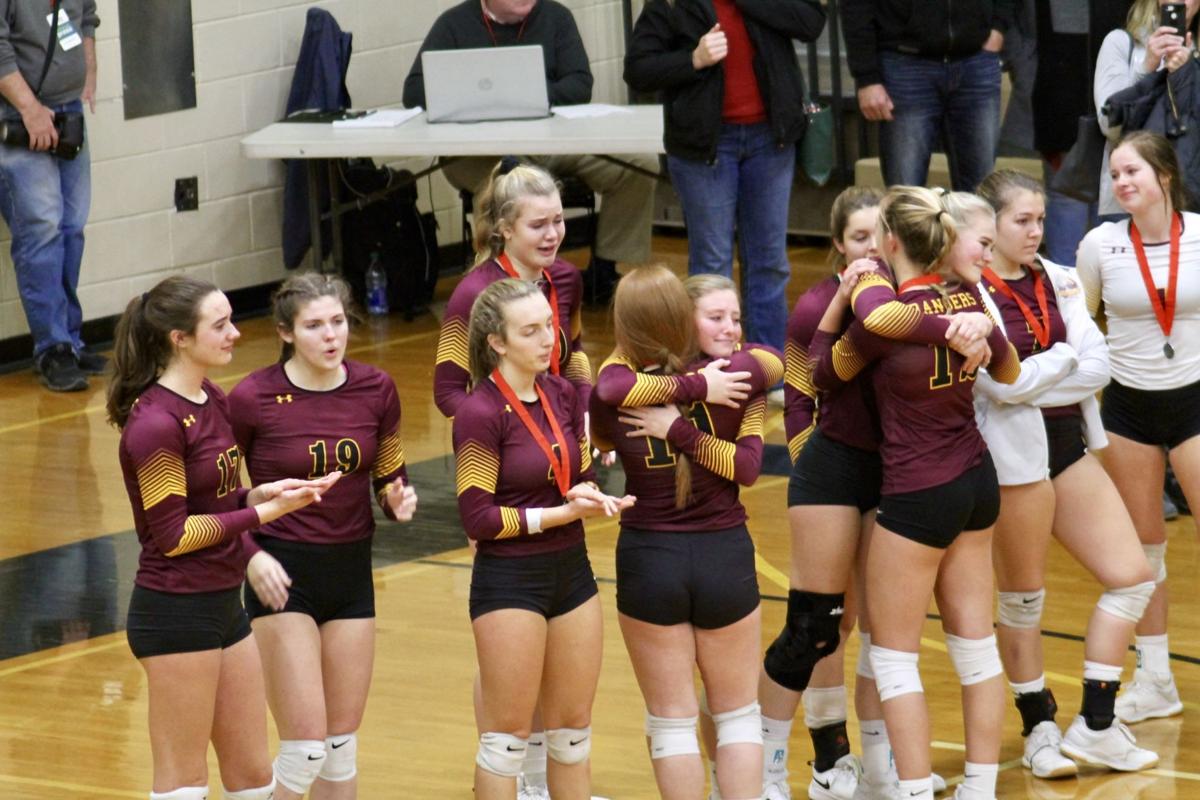 Forest Lake players console each other after the Rangers lost 3-0 to Elk River in the Section 7AA final at Andover High School on Nov. 2. The Elks missed the state tournament for the first time since 2016. (Photo by Erik Nelson) 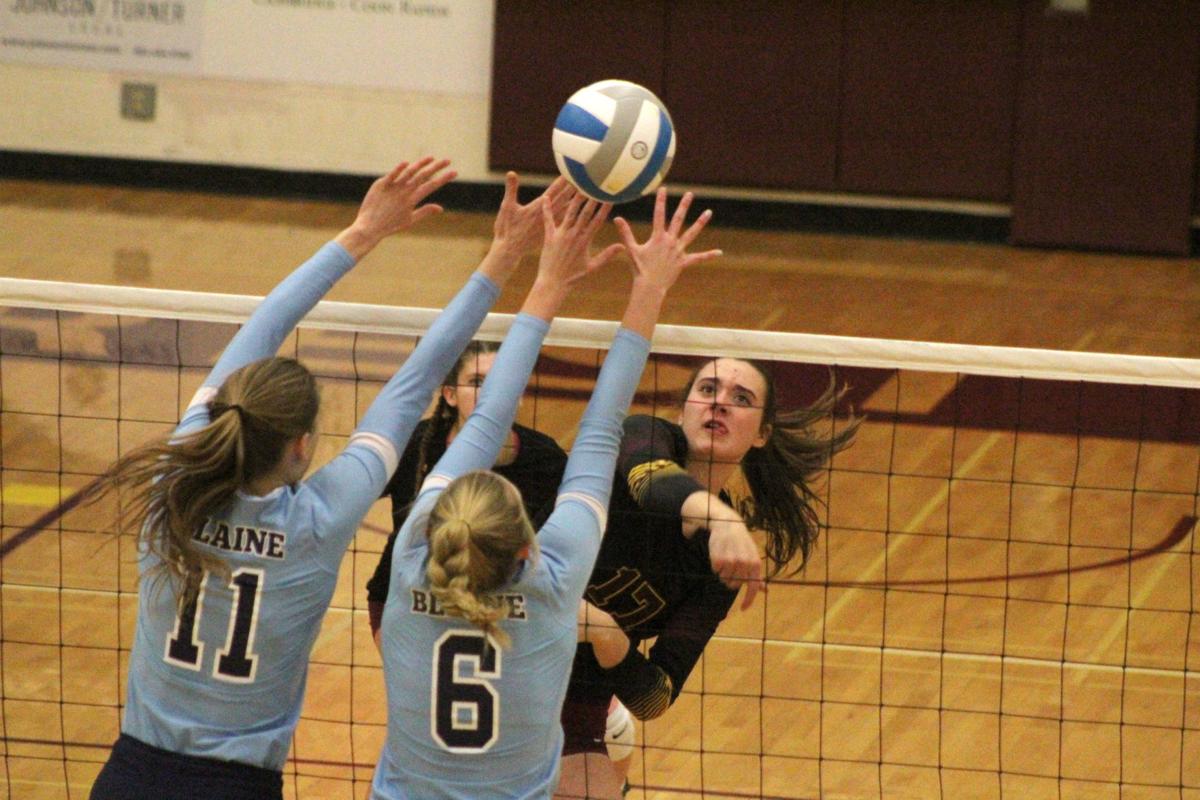 Forest Lake players console each other after the Rangers lost 3-0 to Elk River in the Section 7AA final at Andover High School on Nov. 2. The Elks missed the state tournament for the first time since 2016. (Photo by Erik Nelson)

For the third year in a row, the Forest Lake volleyball team was on the court for the Section 7AAA medals ceremony on Nov. 2, but, alas, in contrast to their participation in 2017 and 2018, they received the silver medals in this case and had to watch unheralded Elk River celebrate an upset victory with the gold medals and championship plaque.

The two-time defending champion Rangers, seeded No. 2 in the tournament, likely would have been considered favorites in the final even if No. 1 Andover had been their opponent, but No. 4 Elk River upset the Huskies in a semifinal match on Oct. 29. On that same day, the Rangers beat back the upset attempt of No. 3 Blaine, working their way to a 25-13, 25-21, 20-25, 25-13 victory in their own semifinal, which no matter what was to be the Rangers’ last home game.

Andover was the neutral location for the final, a rematch of the Sept. 10 regular season tilt the Rangers had swept 25-18, 25-17, 25-22. The Elks needed their two prior section tournament wins just to bring their season record to .500, while the Rangers came in with the confidence of two tournament titles and an overall mark of 20-9.

However, after three close-fought, whirlwind sets had been played, the outcome was just about the last one anyone could have expected, a three-set Elk sweep, 25-21, 25-22, 25-21.

The players storming the court in triumph at the end of the third set wore red and black rather than maroon and gold, the medals awarded to the Rangers were silver instead of gold, and the Rangers’ season was over a week earlier than any season since 2016.

“We didn’t stop playing. They played their hearts out,” head coach Sherri Alm said. “A couple of balls here and there [made the difference].”

The 2017 and 2018 teams had been led by a large group of talented players in the class of 2019, many of whom are now featuring for NCAA teams in volleyball or women’s basketball.

The 2019 squad was a little green at the start of the season, having been forced to “wait their turn” behind the class above them, but this year’s team found its footing as the season went on and had the opportunity to go to state on its own terms, but the Elks edged them out.

The senior class of 2020 that now exits the program after, for most, just one year of extensive varsity play is also a large one. Leaving the program are setters Hanna Zlab and Ally Joslin, defensive specialists Skyler Olson and Sydney Johnson, and hitters Julia Peterson, Megan Philipson, Grace Sieber, Josie Olson, Heather McKoskey, Kate Gemuenden and Abby Drury.

Set to return from the varsity roster this year are defensive players McKenna Andrews and Paige Swanson and hitters Jamie Ihfe and Maddie DeMars, all juniors.

- Erik Nelson contributed to this story.