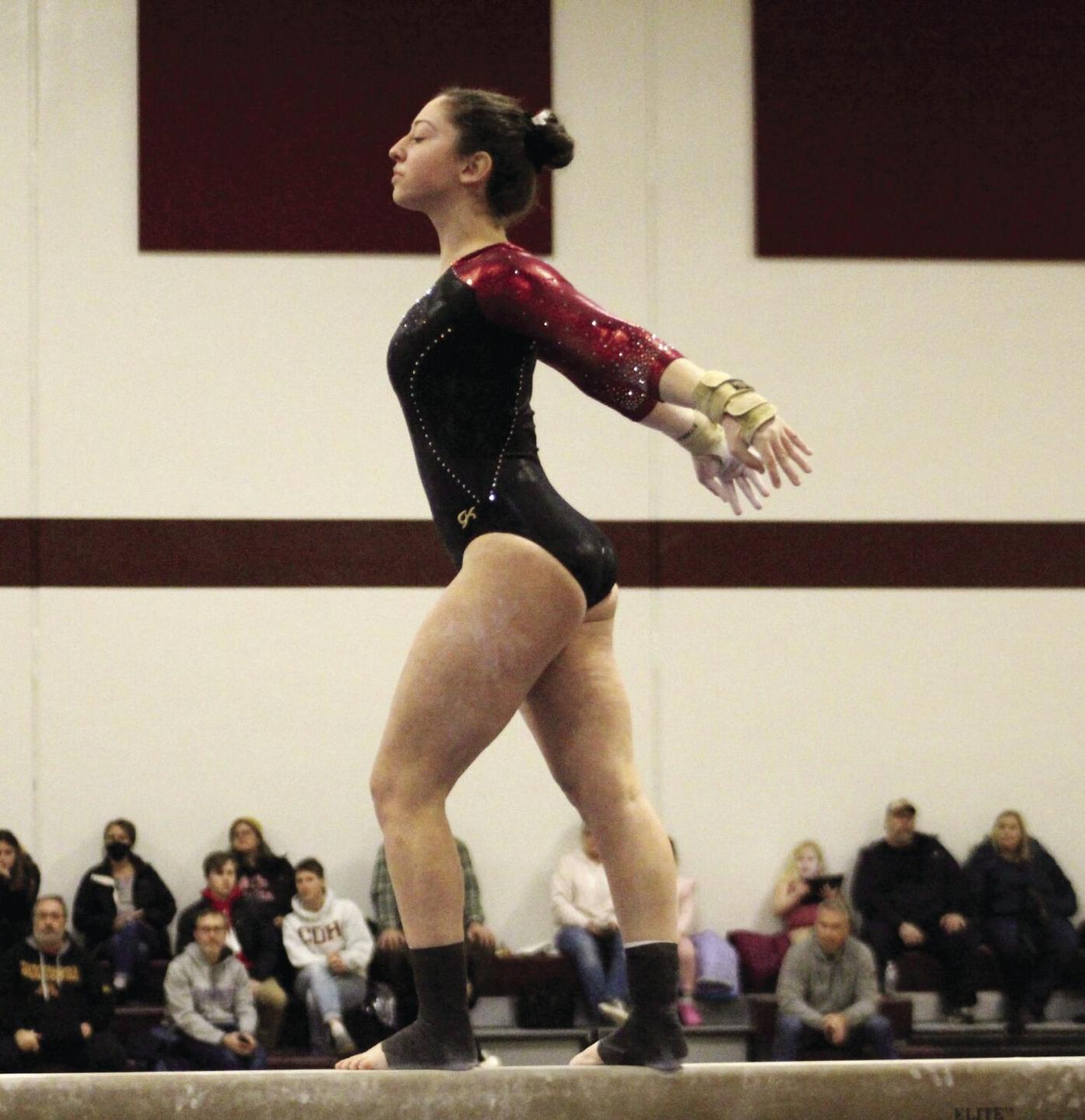 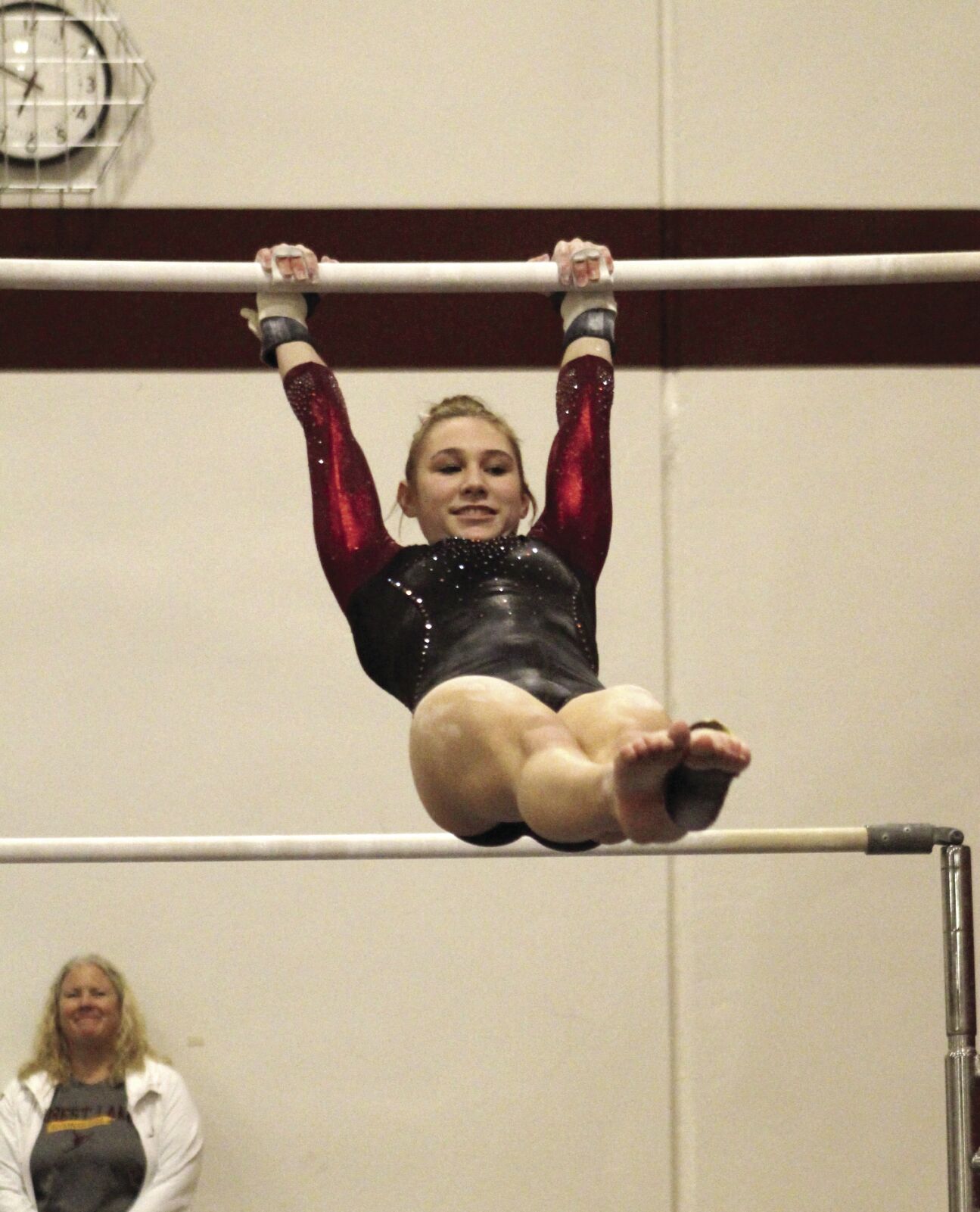 After hearing her talk, you almost expect Forest Lake gymnastic coach Lindsey Pierron to wear a lab coat and goggles as she watches her young team compete in meets early this season.

“The first meet was kind of an experiment because we had so many new girls – and we weren’t quite sure who to put where,” Pierron said. “We tried a lot of different things, and we learned a lot about where people should be placed and what should change.”

The best news, in Pierron’s eyes, was that the adjustments made from the first meet to the second produced positive results.

“The ones who made changes improved by as many as four points, and that’s a big jump,” Pierron said. “And they were a bunch of little fixes, whether it was to add things or take things out.”

Senior Jasmine Stamp, the only Forest Lake gymnast to compete in all four events, won the all-around with a 33.300 score. She also won the vault with a 9.275 mark to lead a 1-2-3 Forest Lake finish in that event; freshman Emma Larsen (8.875) placed second, while freshman Ellyana Stamp (8.625) was third.

“Emma was a big surprise in vault because we changed her vault this week,” Pierron said. “She had used the same vault for a long time, but she has grown. We thought we would try something different, and it was fantastic.”

Sophomore Delaney Nickles led a Rangers sweep of the top five spots on the uneven parallel bars with an 8.925 score. She was followed by junior Mackenzie Nenn (8.35), sophomore Amelia Bonnett (8.050), senior Annika Gunderson (7.300) and Jasmine Stamp (7.300).

“We scored really well on the beam even though we had some falls,” Pierron said. “But we have girls trying more difficult skills, so we found out that the risk was worth it.

“I also was pleased to see that our girls didn’t fall apart when they fell. They got back on and hit the rest of their routine.”

Nickles also won the floor exercise with a 9.400 score, with Larsen second with an 8.825 mark.

Pierron cautioned that the tinkering would continue.

“It is a process, and we’re still working on a lot of different things,” she said. “For example, Delaney is normally an all-around competitor, but she has had some injuries. I don’t think it’s wise to have her vault, then have her sore for all the other events. …

“I want little improvements as we move forward. I would like to see more beam routines without falls, and a few more ‘stuck’ bars routines. Our girls are putting in the work, and you could see a big different from our first meet to this one.”