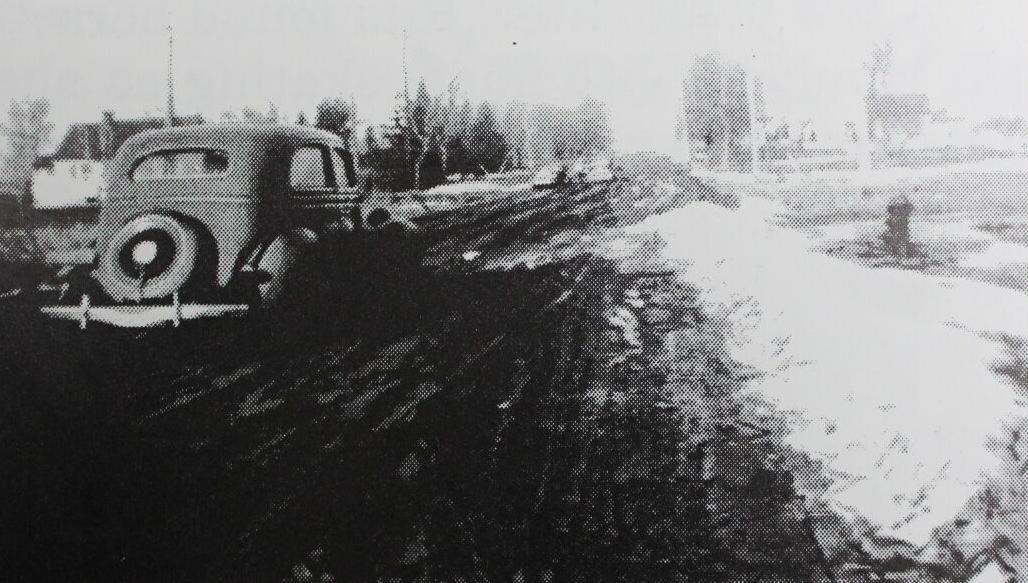 West Broadway on the way to Interstate 35 was more empty than it is today. At one time the road was almost impassible during a spring thaw.

In years past, West Broadway Avenue was a typical country road leading out west of town. It was a sea of mud during the spring breakup, dusty in the summer and in the winter, huge snow drifts clogged the road, requiring horses or tractors to pull out cars.

On the right-hand side of the road stood a cluster of homes with hay meadows and cornfields in the back. There were wide open spaces for the children to play their games, especially until almost dark on the summer night.

On the south side of the road at the end of town was the Carl Norquist farm. When the Norquist family lived there from 1919-1953, I’m sure they would never have visualized a new use for their farm land. They sold their farm to Lyle Morehead and his family in 1953. The Morehead boys, Bob and Bill, had a garden produce stand in front of the house (present Cheung Sing Restaurant). Floyd Cohoes developed a strawberry ranch and apple orchard across the road (present site of Burger King).

The tremendous impact of Interstate 35, which was completed in November 1969, was felt immediately on West Broadway Avenue.

The effect of Interstate 35 was especially felt by the restaurant and bar businesses as traveler patterns changed, taking business away from shops and restaurants on Lake Street.

The growth pattern of a variety of businesses continues to the west with West Broadway Avenue as the main artery.

The industrial park, apartment buildings and mall-type construction in addition to franchise businesses and car dealers has followed a typical pattern found in most communities with the advent of the freeway.