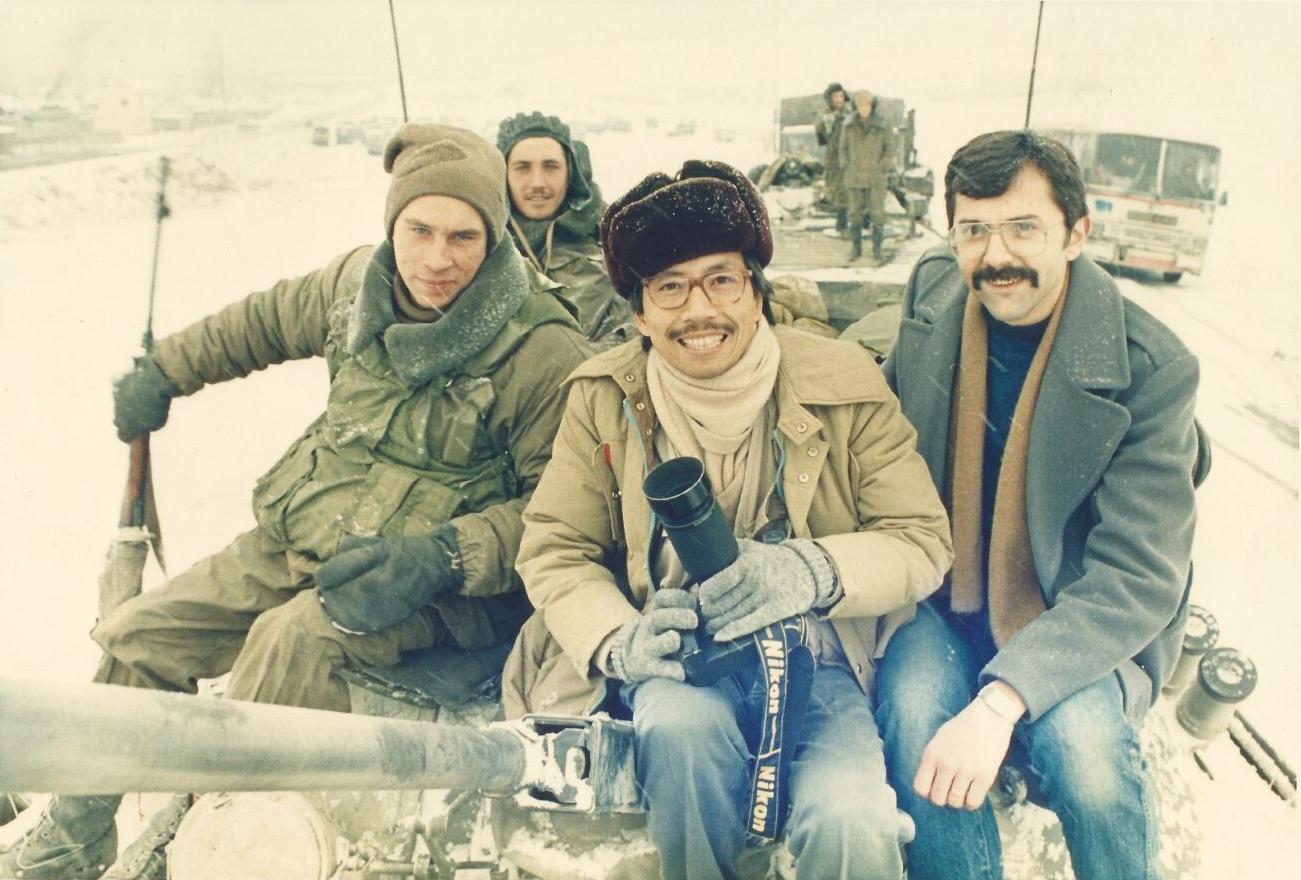 Mark Porubcansky (right) rides with Associated Press photographer Liu Heung Shing (center) and Soviet soldiers in northern Afghanistan in early 1989 while working as a foreign correspondent for the Associated Press. 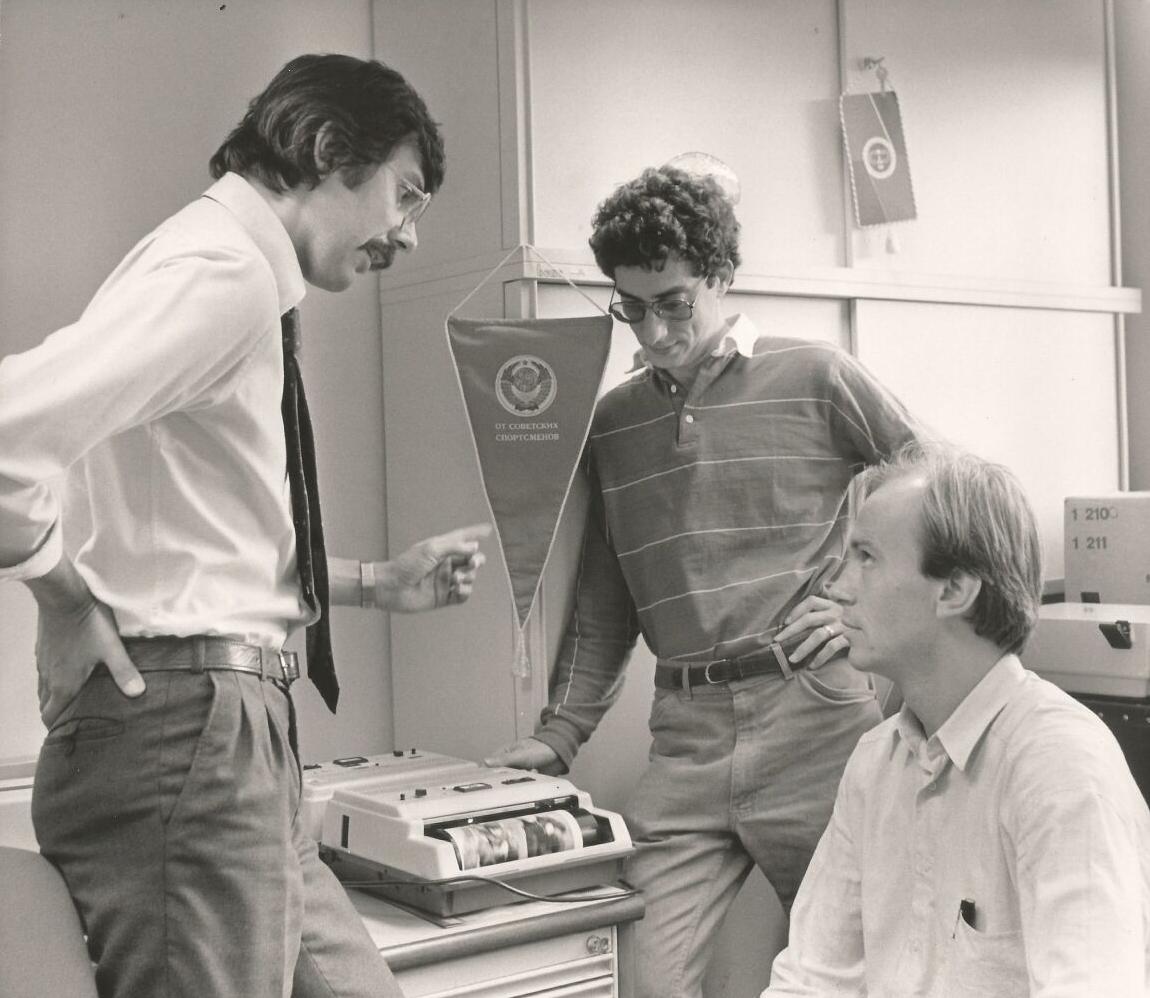 Mark Porubcansky (right) rides with Associated Press photographer Liu Heung Shing (center) and Soviet soldiers in northern Afghanistan in early 1989 while working as a foreign correspondent for the Associated Press.

Mark Porubcansky shares memories, thoughts of covering 9/11 and the years that followed

On Sept. 11, 2001, Scandia resident Mark Porubcansky wasn’t scheduled to be on the clock at his job as one of three assistant foreign editors at the Los Angeles Times. He had worked a long work day the day before and took the next day off. Instead, early that morning, his fellow foreign editor Simon Li called him at his home in Los Angeles.

“[He] said, ‘Well, the world just changed completely, and we’re going to be dealing with the aftershocks of this for years to come.’ And of course he was very right,” Porubcansky said.

He was several years into his job as an editor, after having been a foreign correspondent for the Associated Press for nearly 17 years, from 1981 to 1998. He was in Moscow from 1987 to 1990, which included a brief stint in Afghanistan in early 1989 when the Soviet Union was pulling out of the country. And now, thousands of miles away, he found himself rushing into the office to cover the events of 9/11 from a foreign perspective.

The tragedy of that morning didn’t strike him like most other Americans, he said.

“I never felt the shock and surprise that I think most people felt about 9/11, just because I’d already seen a lot of bad things happen in a lot of countries and had been part of coverage of a number of those things,” he said. The particulars of it, though, he said he didn’t expect. “But you understand that there are and have been a lot of surprising and very bad things that had been happening in the world, and it was like ‘Oh, OK, here’s another one.’ So from that perspective, I probably, in my own calculations, underplayed the effect it would have on the U.S. generally.”

When he got into the office, it was quiet, which is typical of newsrooms when big events happen, he said — something he said movies and television shows tend to get wrong.

“You notice the editor, managing editor, and maybe some production members, senior editors wandering around, talking to each other as they’re touring the newsroom about what they’re going to do and how they’re going to cover this,” Porubcansky said.

He got right to work, first with meetings with other editors, trying to get a sense of what the stories were.

“Essentially, all of a sudden the gears started meshing. In a few hours there was a special edition that hit the streets of the pictures of the planes hitting the tower. ... It’s what a newsroom of 1,000 people can do in an emergency is put together something very quickly.”

As a foreign editor, he worked as the point person with foreign correspondents, focusing his attention on issues of terrorism that were taking place across the globe, including investigations in France, Belgium and Germany, and coordinating experts on terrorism. It was a role that he focused on for the next six months leading up to and through the invasion of Afghanistan.

For the months following the attacks, Porubcansky lead a team of different correspondents on the ground from thousands of miles away, editing their work for the newspaper. There were stories about the invasion itself and the fall of the Taliban.

“It was a matter of having correspondents who were there in Afghanistan and sort of guiding them and editing their material,” Porubcansky said.

For months, he’d go into the office of his senior editor, Dean Baquet, with a small group of editors, plotting out questions and figuring out which leads to follow, and then trying to coordinate that on the ground.

“There were stories to be done, tracking down where [al-Qaida’s] financing came from, how they were radicalized,” he said.

One of the biggest concerns for Porubcansky was the safety of his correspondents. It was a real fear, as he knew personally several correspondents who died while covering stories in a foreign country.

“There were some dangerous situations for our correspondents on the ground in Afghanistan. Coordinate, getting them in, keeping them safe,” Porubcansky said. “That was one of the kinds of the things we were always aware of, concerned about, were the dangers involved in pursuing some of these leads in some pretty dicey areas.”

Six months later, there was the invasion of Iraq. It was a surprise to him and much of the staff at the LA Times.

“My reaction to that, and I think the reaction of a lot of people in the newsroom was: ‘Wait, they’re not serious about it. Iraq? Why? They’re not serious.’ And it was then like, ‘Oh, my gosh, they’re serious,’” Porubcansky said.

What really shocked him was reading the results of a poll in the late summer or early fall of 2002, that indicated a majority of people in the U.S. believed Iraq was involved in 9/11.

In 1988, Porubcansky was posted in Moscow with the Associated Press and traveled to Afghanistan from there to cover the Soviet’s withdrawal in early 1989. One of the stories he covered was a training exercise for the Afghan Army as they were taking over for the Soviets. Porubcansky recalled two soldiers pointing to the hills behind them and saying to him, “Yeah, that’s where we massacred a bunch of British in the 19th century.”

“It just sort of connects the dots in terms of the history of foreign powers trying to come in and dominate Afghanistan,” Porubcansky said. He recalled that the ending of the Soviet’s presence was “pretty disastrous,” as well. “They didn’t have a good experience.”

The major difference between his experience in 1989 and today’s recent pull out of Afghanistan, he said, was the time it took in between the Soviet’s pulling out and the Taliban’s presence.

“There was some pretty vicious fighting going on and civil war going on before the Taliban came in and cleared out all the warlords,” Porubcansky said.

He recalled a rather bizarre and unusual meeting with a representative with the Taliban just a year prior to 9/11 at the LA Times over lunch. He was making “a sort of goodwill tour of some kind,” Porubcansky said, adding that it was highly unusual that the United States State Department would allow for such a thing.

“What you saw [now] clearly was the government and people, the military losing faith and just sort of putting an end to it very quickly. In that sense the Soviets managed to get out saving a little more face.”

Bottom line, he said: “This is not a new thought, but everybody who’s tried to come in and do what we’ve tried to do in Afghanistan has not really succeeded.”

In May of 2011, as the No. 2 person in charge of foreign operations at the LA Times, Porubcansky was called in to work once more. This time, he got a notification from the Washington Bureau of the LA Times that President Obama would be making a major announcement on a Sunday evening. They had several hours of lead time and weren’t sure what the announcement was going to be about.

“I think you start connecting the dots, and you start thinking, well, what could it be? ... I think we were kind of confident this is what it had to be, but we weren’t sure. Then it was a mad scramble to get the initial stories up on the web, and prepare for getting a story for the next morning’s paper,”

Now more than a decade since Bin Laden’s death, Porubcansky wonders how his planning of 9/11 might have succeeded, though in different ways than perhaps he intended.

“Given what happened on 9/11, and given what happened in the ensuing years with the invasion of Afghanistan, tracking down Osama Bin Laden, the war on terrorism, ... did Bin Laden in some ways, perhaps not in the ways he thought, but did he succeed in goading the United States into some mistakes on doing things that were not smart that have ultimately damaged the U.S.?  I think they’re important questions,” he said.

Sitting in his home in Scandia, now mostly retired, Porubcansky recalls his time as a journalist covering 9/11 and all that followed as a meshing of a professional and personal moment in time.

“My professional relationship to those events is my personal relationship to those events, because it’s the way I lived it,” he said. “I didn’t have anybody, any family members in the twin towers, or wasn’t particularly close to anybody who was living in New York at that time, and so it’s not the kind of relationship you’d have if you’d been commuting to work in lower Manhattan in September 2001. I took it on, and it was all-consuming, but it was all-consuming as a journalist.

“I think probably less in terms of my personal relationship to this, but I think a fair amount about how it changed the country and how it changed American foreign policy and how the sort of the arc of the story sort of seems to have come to an end now with the withdrawal from Afghanistan. Frankly, I’m more interested in questions like that.”