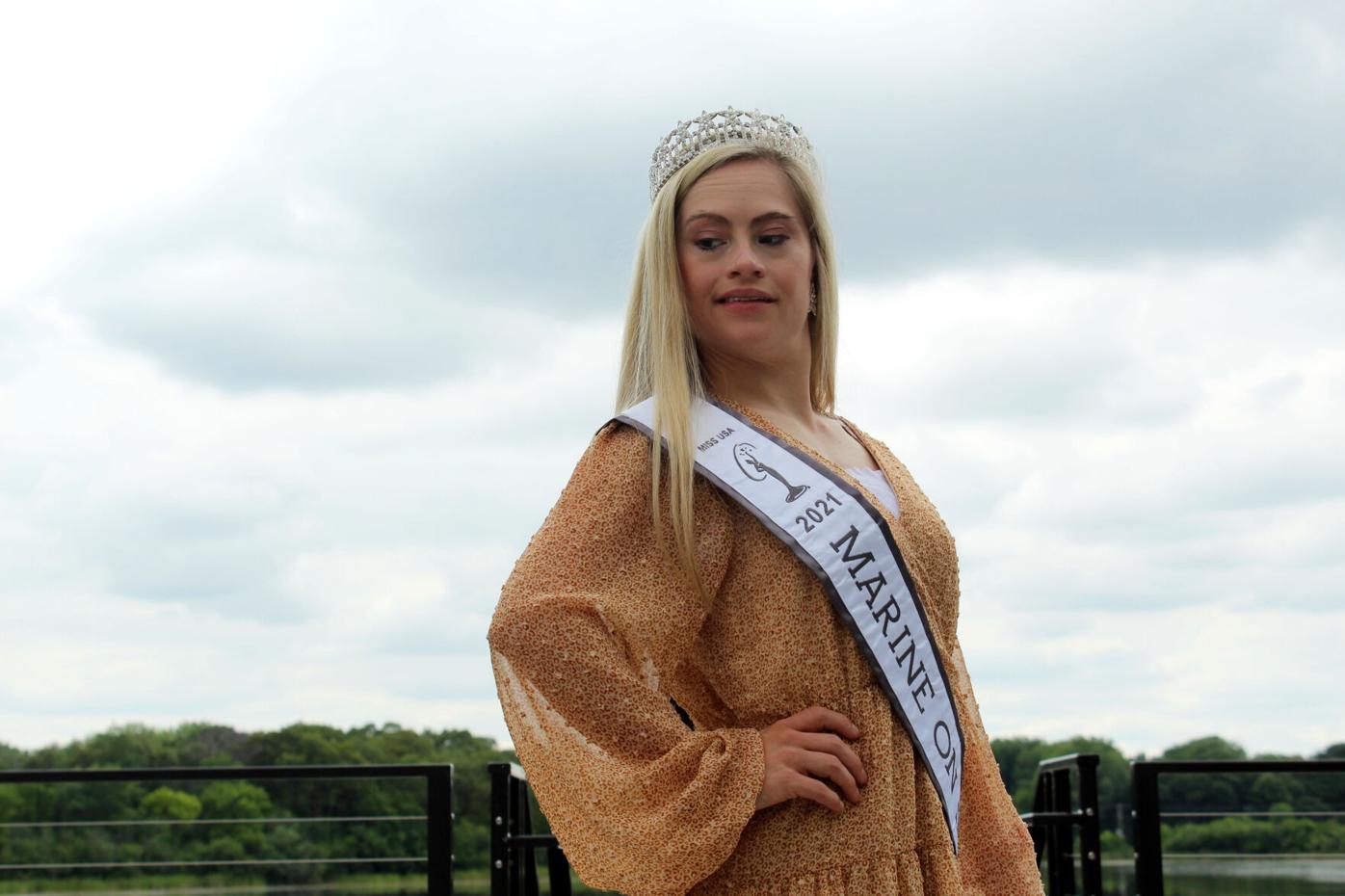 Before the pandemic, Mikayla Holmgren worked at the Forest Lake YMCA day care center before they laid off staff and closed during the pandemic. However, she has been occupied with other business ventures in the downtime. 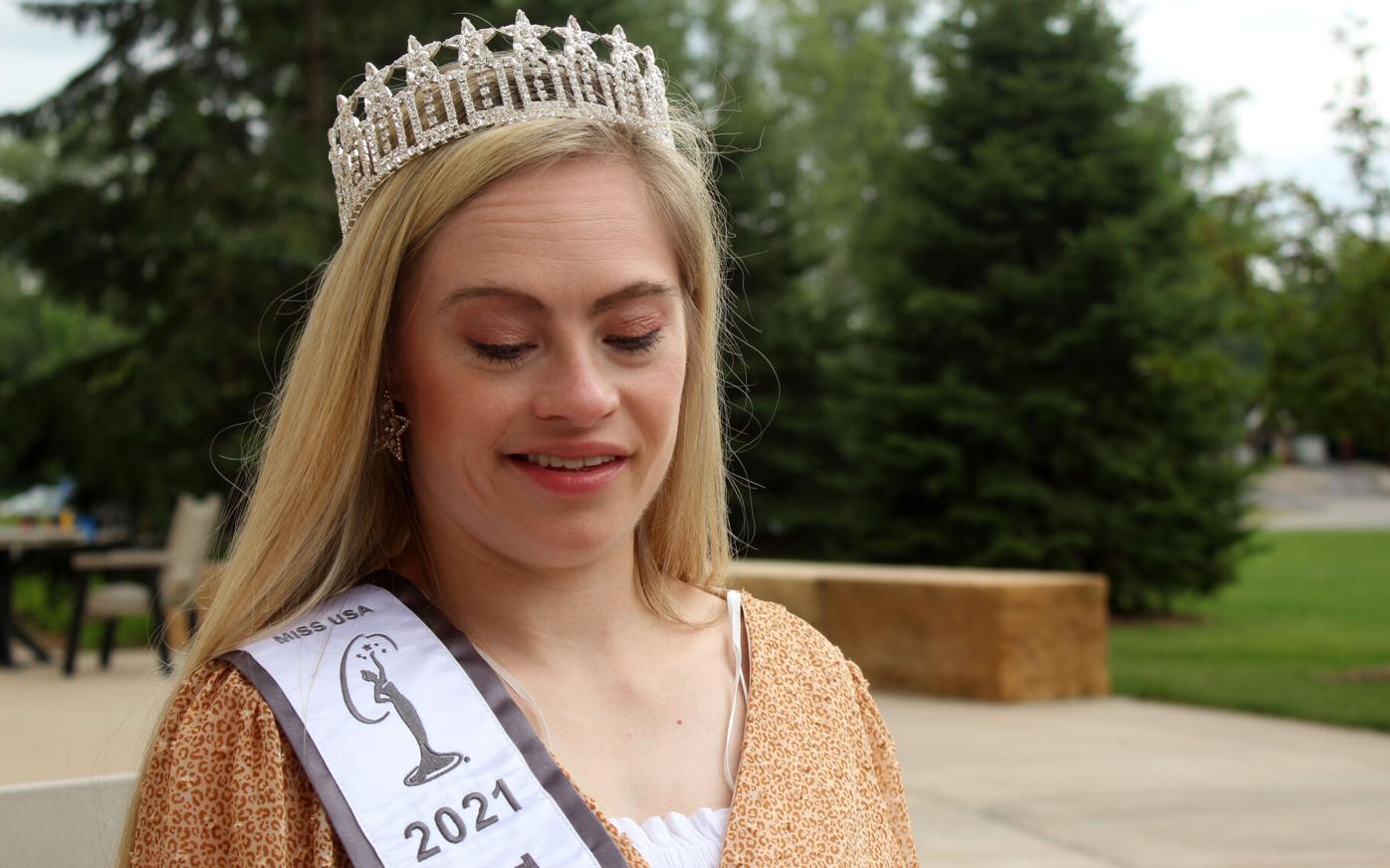 Mikayla Holmgren, 26, at Bethel University’s campus on Thursday, wearing her sash and tiara that she won when she was crowned Miss Marine on St. Croix in 2021. She graduated from Bethel in 2018 with a degree in education. 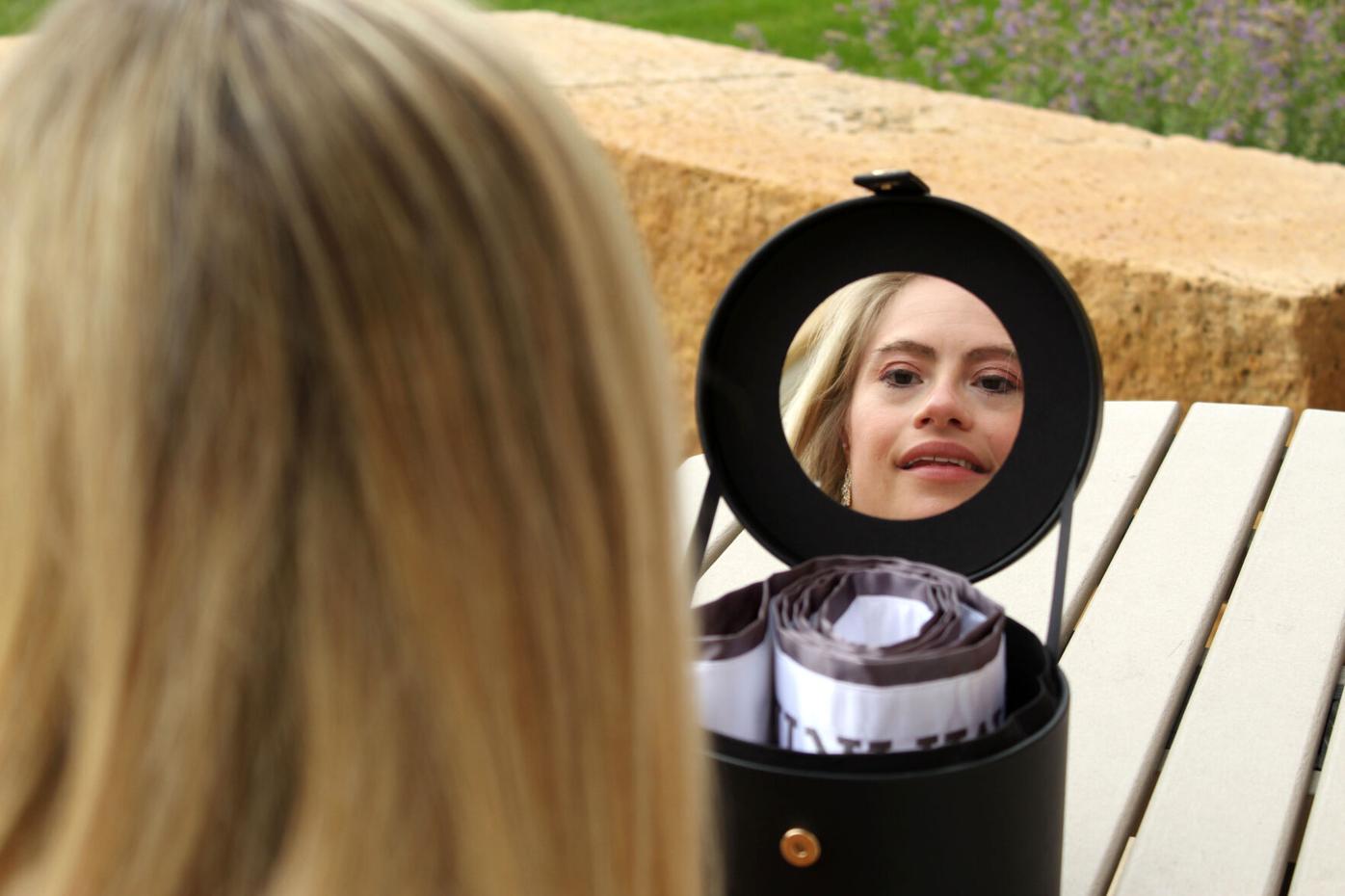 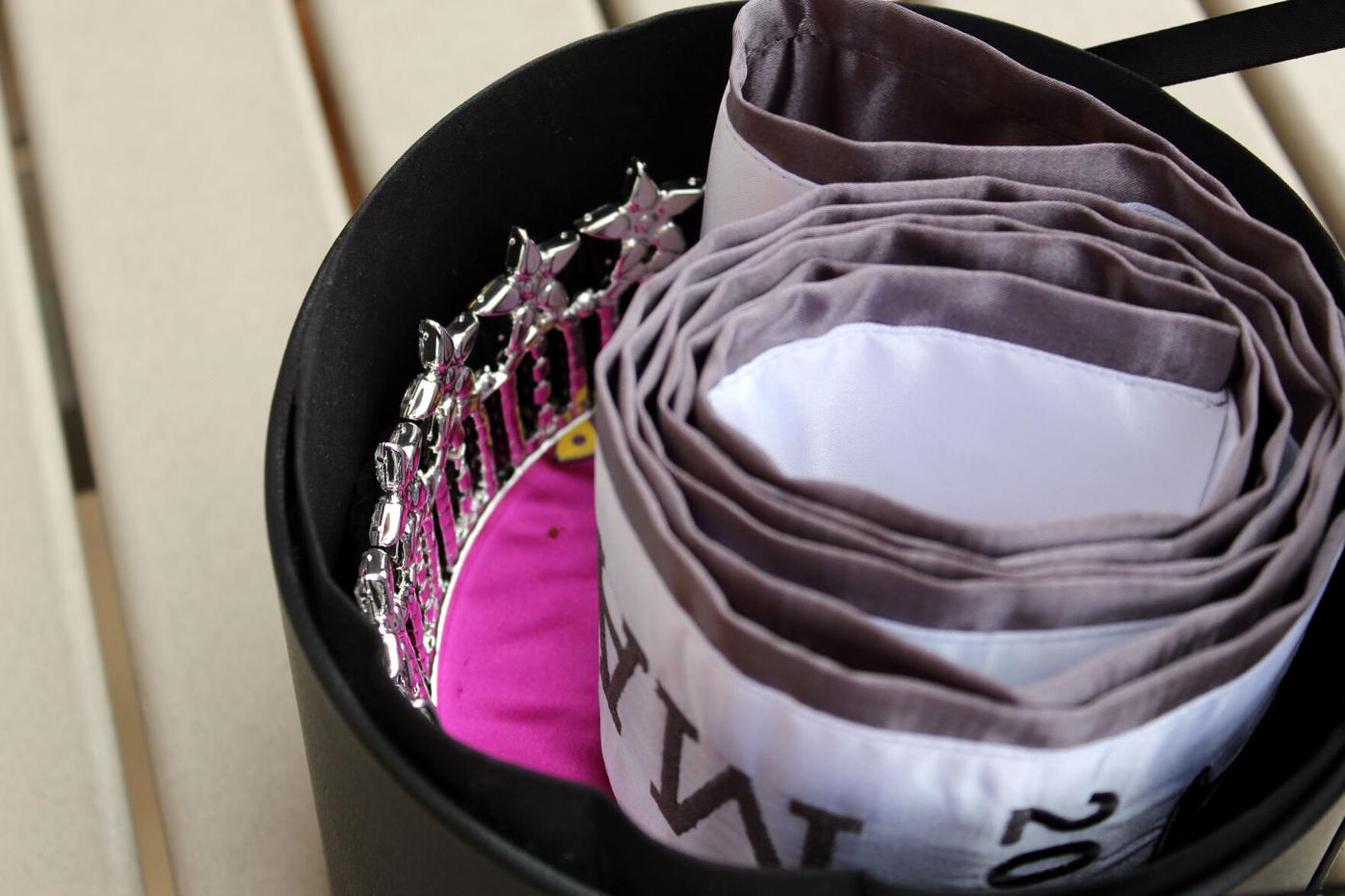 Before the pandemic, Mikayla Holmgren worked at the Forest Lake YMCA day care center before they laid off staff and closed during the pandemic. However, she has been occupied with other business ventures in the downtime.

Mikayla Holmgren, 26, at Bethel University’s campus on Thursday, wearing her sash and tiara that she won when she was crowned Miss Marine on St. Croix in 2021. She graduated from Bethel in 2018 with a degree in education.

Local woman with Down syndrome competes for the third time, wants to build better awareness of special needs community

In 2017, Mikayla Holmgren made history by becoming the first woman with Down syndrome to compete in a Miss USA state pageant. This year, Mikayla is set to do it again. The 2021 Miss Marine on St. Croix, now 26, will compete for a third time in the 2021 Miss Minnesota USA pageant in Burnsville on July 31 and Aug. 1.  However, she said having a disability is secondary to all the work she does in pageants, including dance, modeling and being an advocate for the special needs community.

Holmgren’s pageant career started in 2015, when a connection from the Minnesota Special Olympics told Sandi Holmgren, Mikayla’s mother, that she should sign Mikayla up for the Minnesota Miss Amazing pageant, a competition for women with special needs.

Sandi said she signed Mikayla up for a few weeks prior, just for fun, without any knowledge of the pageant world or how Mikayla’s career would take off. She didn’t know the winner of the pageant would go to Los Angeles to compete in Miss Amazing Nationals until the directors announced it during the pageant.

In previous Miss Minnesota pageants, she won the Director’s Award and Spirit of Miss USA Award in her first pageant in 2017. The next year she won the Miss Congeniality Award.

“I just wanted something a little bit different ... and I’m enjoying it,” Mikayla said about competing in the Miss USA level of pageants.

Mikayla’s upcoming pageant consists of three categories that a panel of judges will score each contestant on: the evening gown, the swimwear and the talent portion. She said she is training around 10 hours a week, practicing how to walk in heels in the stage pattern and preparing her dance routine for the talent segment. Mikayla gets a new evening gown for each pageant; this year it is white.

“I like my evening gown when I compete. I’m, like, upright and people look at me,” Mikayla said.

She said she felt “really good and confident” during her first pageant in 2015. Her confidence on stage has not waned as she continues to compete in bigger pageants like Miss Minnesota USA, she said. Her confidence is the reason the directors wanted her to compete again this year, according to Mikayla.

“You can follow your dreams by doing pageants,” she said.

In April, Mikayla auditioned to be in the Sports Illustrated swimsuit issue of the magazine. She said she wanted to do it to increase awareness as she would have been the first woman with Down syndrome to be featured.

“I just wanted to do it. It’s building a lot of awareness. Use it as a platform to [what] people can do with special needs. You can be a part of Sports Illustrated,” she said.

Although she wasn’t selected this year to be in Sports Illustrated, she said she will try again next year because she said it is a positive opportunity to bring awareness to the special needs community.

“It’s all about your diversity, inclusion, and being a champion. But all women deserve to be celebrated,” she said.

She became an advocate for inclusion in other facets of her life and the Minnesota community. Sandi said Mikayla brought the international organization Best Buddies to Minnesota in 2017, after she first competed in Miss Minnesota USA.

“Mikayla then became an ambassador, champion and board member for Best Buddies to get the process rolling. We were able to open the office in March of 2020 and it continues to grow with new chapters throughout the state,” Sandi said.

This year, Mikayla is nominated for the Best Buddies Minnesota Champion of the Year, which invites all the candidates to raise money and awareness for the organization. Sandi said they have done a fall fashion show called “Dreaming Big Without Limits,” which past and present Miss USA title holders participate in by pairing with someone with special needs.

“The Miss Universe Organization has been a supporter for many years, and with Mikayla participating in Miss Minnesota USA, it has been a perfect fit for her to be a part of Best Buddies,” she said.