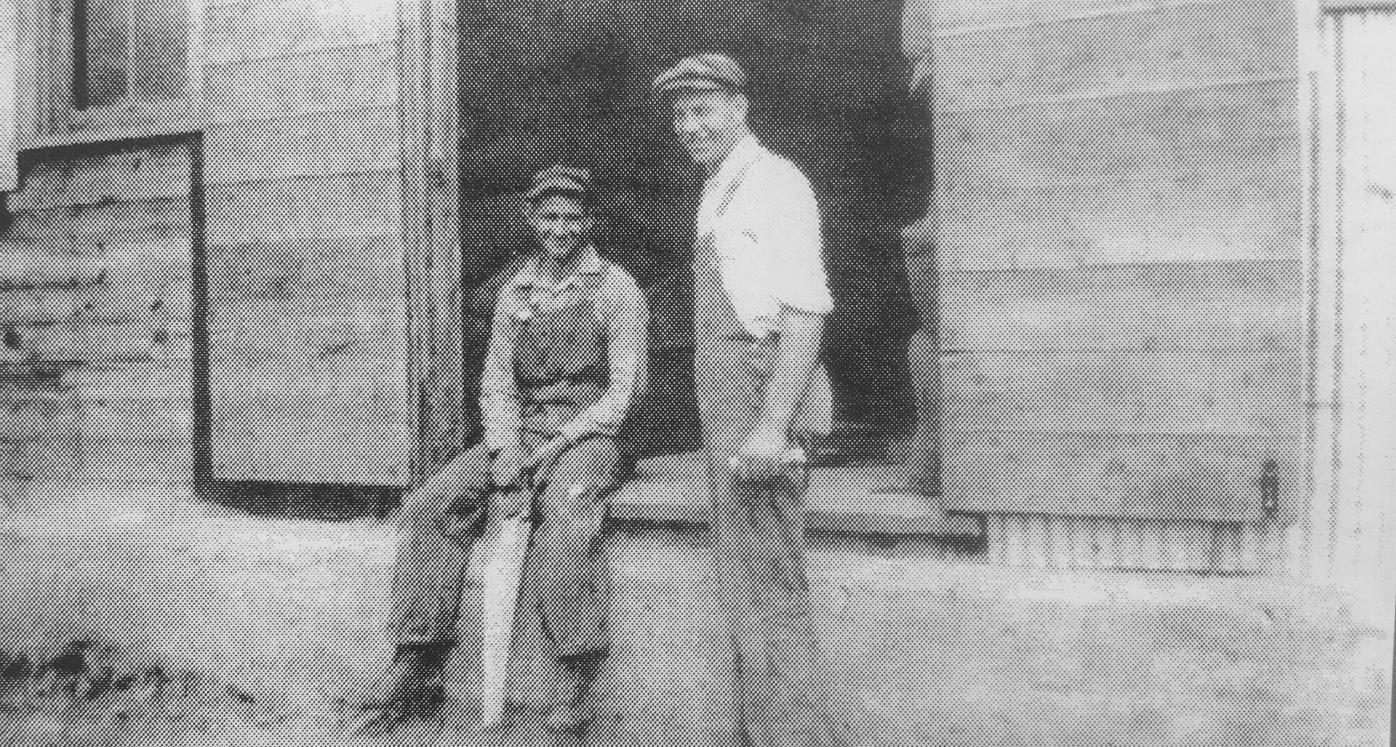 Louis Proux and Ed Houle as they are almost finished building the elevator and feed mill in 1916. 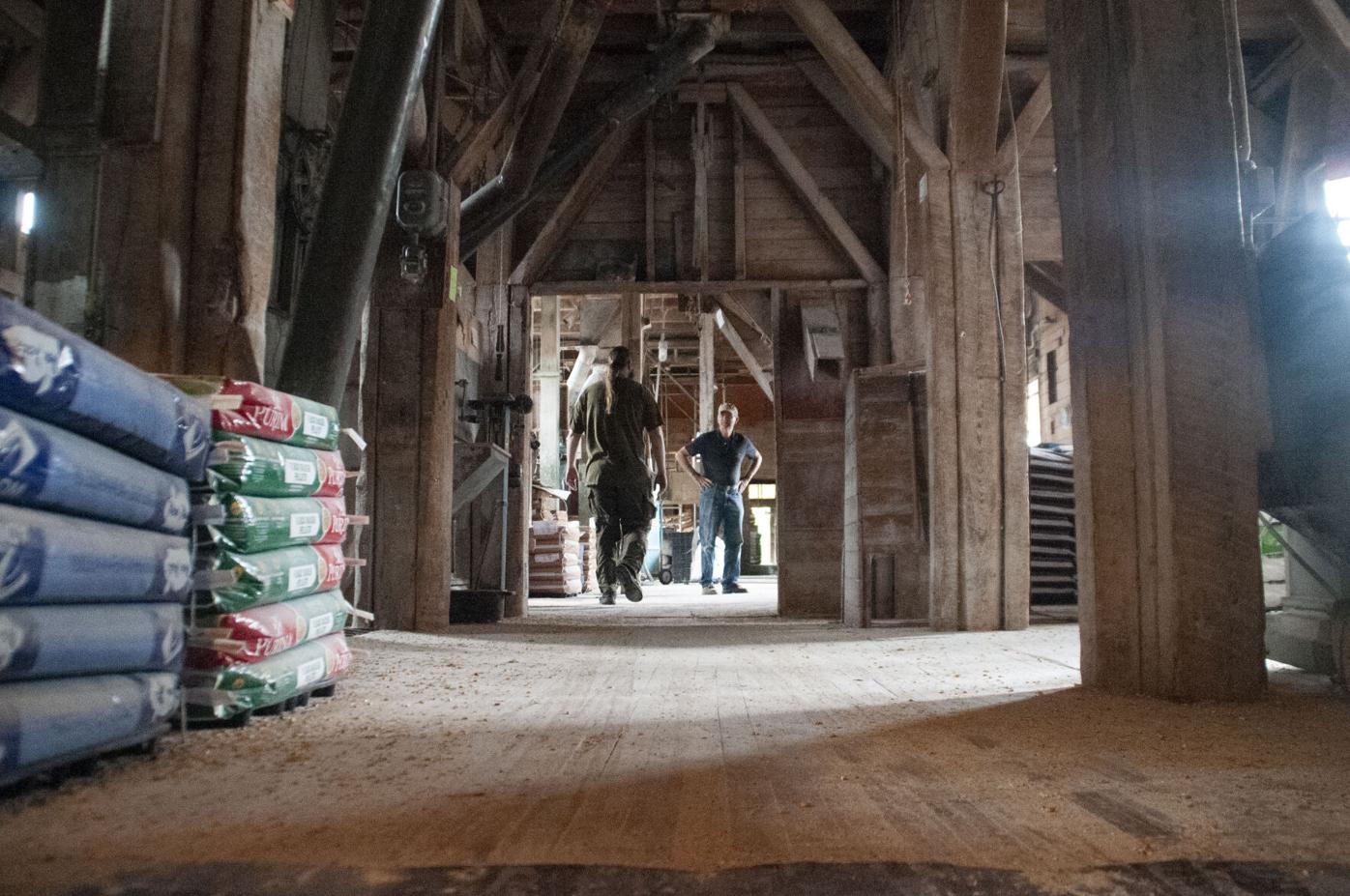 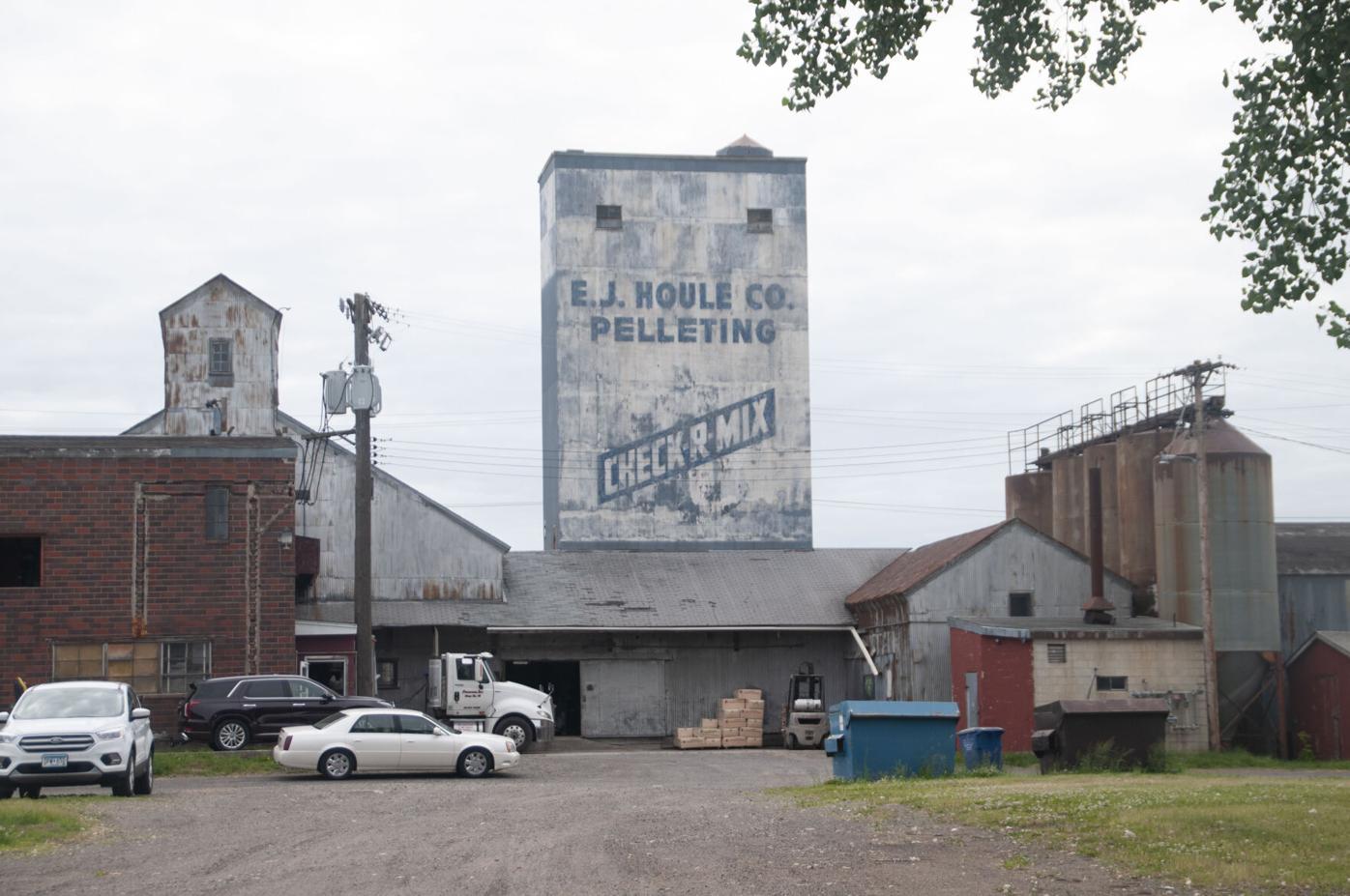 The Houle elevator became a part of the Forest Lake skyline in 1916. In 2020, the company was sold to Inver Grove Heights-based Gerten’s Garden Center.

Louis Proux and Ed Houle as they are almost finished building the elevator and feed mill in 1916.

The Houle elevator became a part of the Forest Lake skyline in 1916. In 2020, the company was sold to Inver Grove Heights-based Gerten’s Garden Center.

The tall elevator buildings west of Hardwood Creek Trail have been a part of the Forest Lake skyline since 1916. At that time, Ed J. Houle, knowledgeable in farming and business, decided to start an elevator and feed mill business along the railroad tracks on railroad property, which was very important to this type of business.

Ed Houle’s father, John Houle Sr., gave his son logs from his property to be used as lumber for the building. In 1920, Ed’s brother, Harry, became a partner in the business. The Johnson Mill, or Red Mill as it also was called, was purchased by the Houles and was used in addition to their elevator. Today it’s known as E.J. Houle, Inc. (In 2020, E.J. Houle’s was sold to Inver Grove Heights-based Gertens Garden Center. While the name of the business has changed, many locals still refer to it as Houle’s.)

The mill was the focal point in town for farmers who needed feed ground and the big wire grass camps, west of Forest Lake and Wyoming, needed oats and hay for their horses.

Lucille (Lutz) Dupre, Forest Lake, grew up in a typical farm family of this period. Lucille accompanied her father, Leo Lutz, on his many trips to town. She recalled that the first stop on their trip would be at Houle’s mill to drop off feed to be ground. On the way home, she slowly nibbled on the candy, compliments of Houle’s. The Lutz farm was three miles east of Hugo.

Ed’s son, Willard, (as a young boy) spent time in the elevator office. He remembers farmers standing or sitting around the wood stove to keep warm as they discussed their crops, the weather, and other topics of interest. Many times the conversations were in French, Swedish, or German, since customers came from many different ethnic settlements in the area.

Willard joined the business in 1938, only taking time out to serve in the U.S. Army during World War II. Upon his return home, Willard was put in charge of the office.

Merton Houle, Harry’s son, also was familiar with the mill as a young boy. He joined the business after completing time in the U.S. Army/Air Force. He was in charge of the physical plant at the mill.

Joe Fladland, Martin Lunzer, Ed Grant, George Schmidt, Fred Peterson, Oliver Holmgren, Paul Palmer, Fred Speckler, Paul Rapp, and Lyle Alm are a few names familiar to the earlier customers. If farmers had a problem with crops or livestock, Norty Taylor provided a personal touch by going to their farms as a trouble shooter. He was with Houle’s from 1957-68.

Turkeys seemed to be the newest thing for farmers to raise during the 1950s. About 20 farmers became turkey growers, and Forest Lake laid claim to being the turkey capital in Minnesota. Houles furnished feed to the turkey farmers.

Slowly there was another change in the rural area as many turkey farmers went out of business.

The original Houle brothers experienced many changes in methods and products to support their business. The second and third generation of Houles added more products. In 1962, Houle’s Dog Food became one of their most popular. Unfortunately, the firm’s dog food plant in Stacy was destroyed by fire on June 29, 1982. However, the mill continued to market the dog food locally for a time.

E.J. Houle, Inc. became a veritable supermarket in food for animals and birds. From its outlet connections, it furnished monkey chow, and food for elephants, giraffes, zebras, and even snakes at Como Zoo in St. Paul. In addition to supplying food for exotic animals, Houles supplies feed and products for many local horse owners. Bird seed for all varieties of birds are also a popular item.

Willard Houle, president, shared the corporation with his wife, Joan, and their children: Gary, James, Jeff, and Mary Koski.