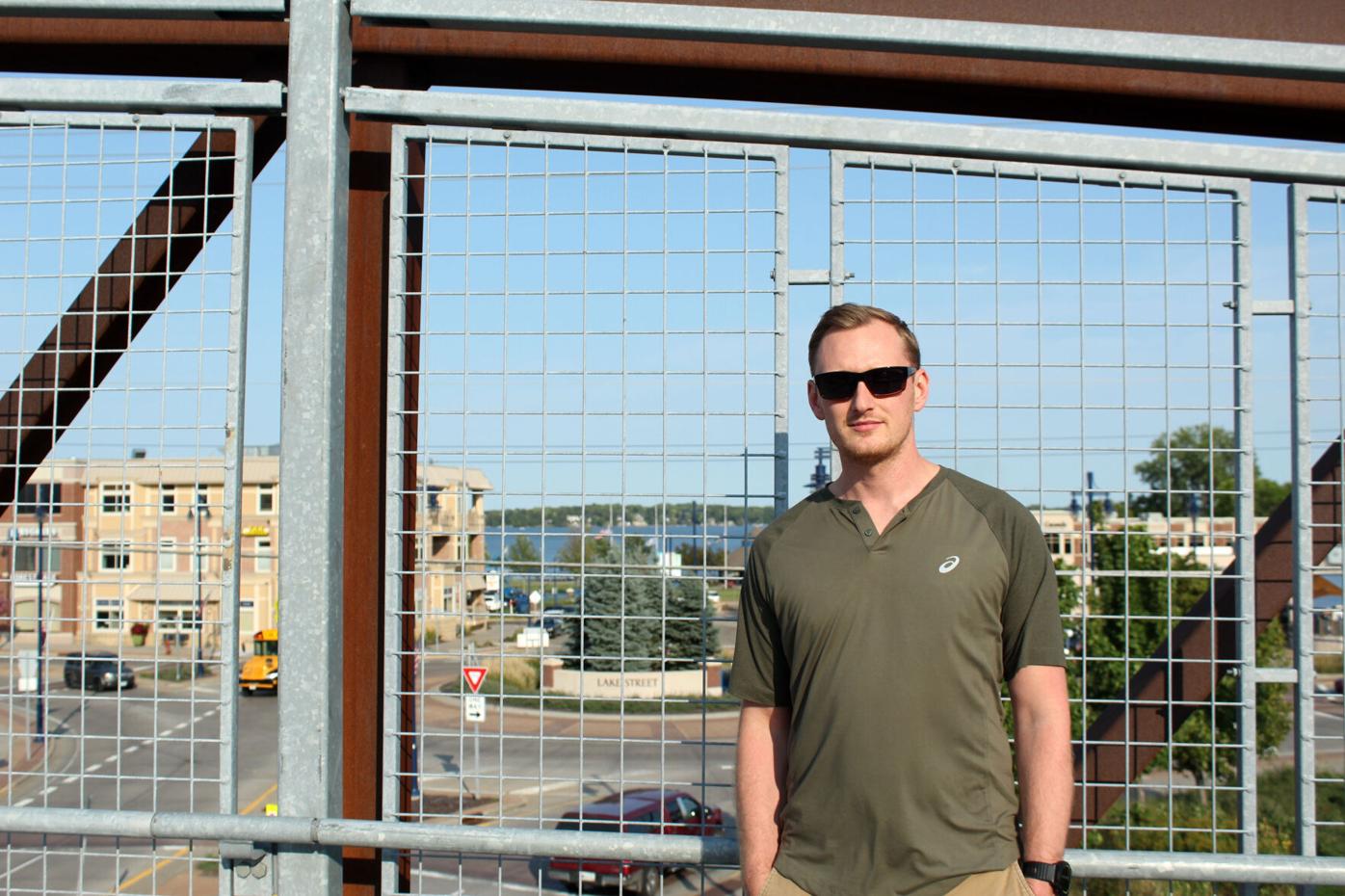 Caleb Wedger is hopeful to complete the 100-mile run with 17-minute miles and walking when needed. He said he underestimated the necessity and power of walking when he started training a year ago. 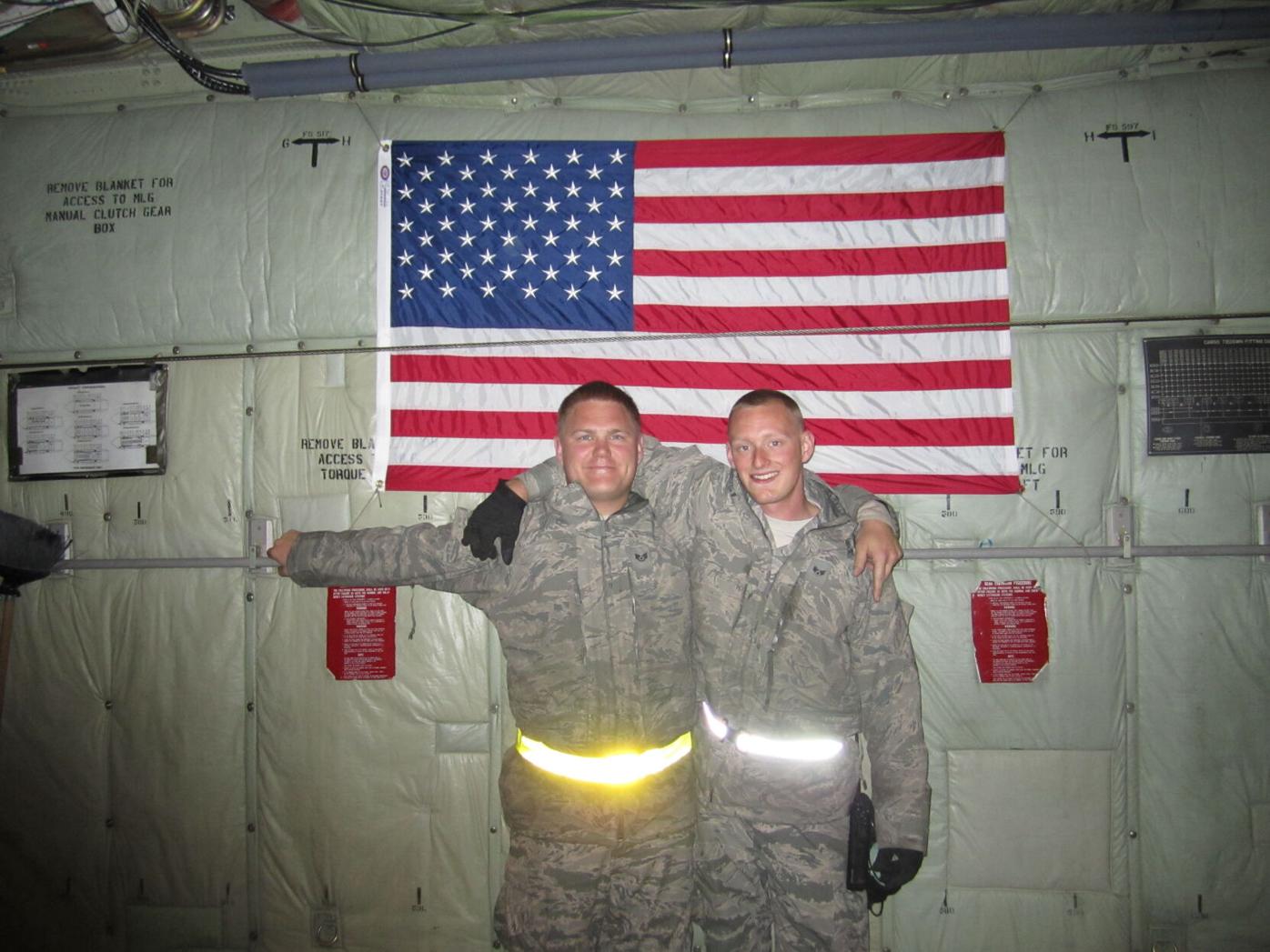 Wedger, right, during his time in the Minnesota Air National Guard.

Caleb Wedger is hopeful to complete the 100-mile run with 17-minute miles and walking when needed. He said he underestimated the necessity and power of walking when he started training a year ago.

Wedger, right, during his time in the Minnesota Air National Guard.

A year ago, Caleb Wedger of Forest Lake wouldn’t have considered himself a runner at all. On Friday and Saturday, Oct. 1-2, he will be running 100 miles for the 100 Minnesota veterans who commit suicide each year.

“My dad took his own life like three weeks before I left for basic training,” said Wedger, a veteran of the Minnesota Air National Guard. Though his father wasn’t a veteran, he said he wanted to bring awareness to the issue and help raise money for an area nonprofit because of his years of military service and experience of his father’s death.

“I just felt like I understood the suicide issue better than a lot of people around me, just because I kind of lived it,” he said.

Wedger is raising money for the Freedom Fishing Foundation, an organization that takes veterans on fishing trips that are tailored to their desired experience and focused on family and community.

“Fishing is almost secondary in our mission here, with the foundation. We’re trying to give these vets an opportunity to find something to focus on,” said the organization’s president and Navy veteran Ben Elfelt.

Elfelt said the money raised will go toward getting veterans out on fishing trips as a “tangible” way to impact their lives, which is another reason Wedger wanted to work with the foundation.

Wedger and Elfelt have known each other for many years, and when Wedger was looking for an organization to raise money for, it fell into place.

“The connection, you know, just kind of came up organically and it’s just like a natural fit,” Elfelt said.

Although Wedger knows Elfelt, he says the work the foundation does to provide support and connect local veterans, at a “granular level,” makes it an important organization to support.

“At the end of the day, when people ask me, ‘What are you trying to accomplish?’ I’m trying to raise money for that organization because I think they represent ... how we can solve this problem,” Wedger said.

It was a culmination of moments that occurred last year that led Wedger to do something to help bring awareness to the issue. First came a research paper for a college class, for which he chose to write on veteran suicide rates because it would be “interesting” due to his experiences. Around the same time, he saw a video of Gov. Tim Walz saying that on average 100 Minnesota veterans commit suicide annually.

“You know how some things just like grip you and you don’t necessarily know why. … Man, that just, just flattened me: 100 a year, it’s just a lot,” Wedger said.

Additionally, he was reading the book “Can’t Hurt Me: Master Your Mind and Defy the Odds,” about David Goggins, an ex-Navy SEAL, who ran 100 miles to prove his mental toughness.

“I was kind of inspired by that book and that. Those 100 numbers seemed, you know, too coincidental to me, and I thought, ‘Well, here.’ It just seemed to marry perfectly to me,” Wedger said.

More pieces fell into place when he was deciding what route to run. He chose the Highway 61 trail because of its accessibility and the length of it. Coincidentally, it passes by the cemetery where his father is buried.

“A year ago I wasn’t even, I wasn’t running at all. I’m not a runner by nature. I don’t like running. I hate it, in fact. So it’s kind of a lofty goal,” Wedger said.

Despite the lengthy feat, Wedger will start the 100-mile run on Friday, Oct. 1, in downtown Forest Lake and come to an end on Saturday, Oct. 2, after approximately 35 hours of running.

He hired a running coach last year to help him prepare for the 100-mile run. During his peak he said he averaged 35 miles a week. He was running more prior to his IT band syndrome and bursa sac injuries about two months ago and currently averages 15 to 20 miles per week.

He said that average isn’t what is recommended for a successful ultra-marathon.

“By and large if you ask anybody that knows anything about running, ...they would probably say no,” Wedger laughed.

However, Wedger is hopeful to test the “mind over matter” theory with the run that he’ll start in Forest Lake headed to North Branch, then turn south to Hugo, which he will repeat several times. He plans to take breaks after every marathon of 26.2 miles and hopes to raise $100 per mile.

There will be a Mental Health Expo that will feature several booth options to help veterans and community members at the Forest Lake American Legion from 8 a.m. to noon on Saturday, Oct. 2, featuring a breakfast from 8 to 9 a.m.

“We just were really looking at this [Wedger’s run] as being a great opportunity to promote mental health and awarenesses and resources and things of that nature,” said Nannette LaNasa, the executive director of the Forest Lake Chamber of Commerce.

LaNasa said the exposition will be different from a typical expo because booths will be set up by category, not by the businesses. There will be topical booths comprised of local businesses and resources for topics like mental health, veteran services, legal assistance and recreational therapy.

“We thought that having an opportunity to pull folks in and look at resources. … and to give back to the folks in our communities with this expo. It just felt like the right thing to do,” LaNasa said.