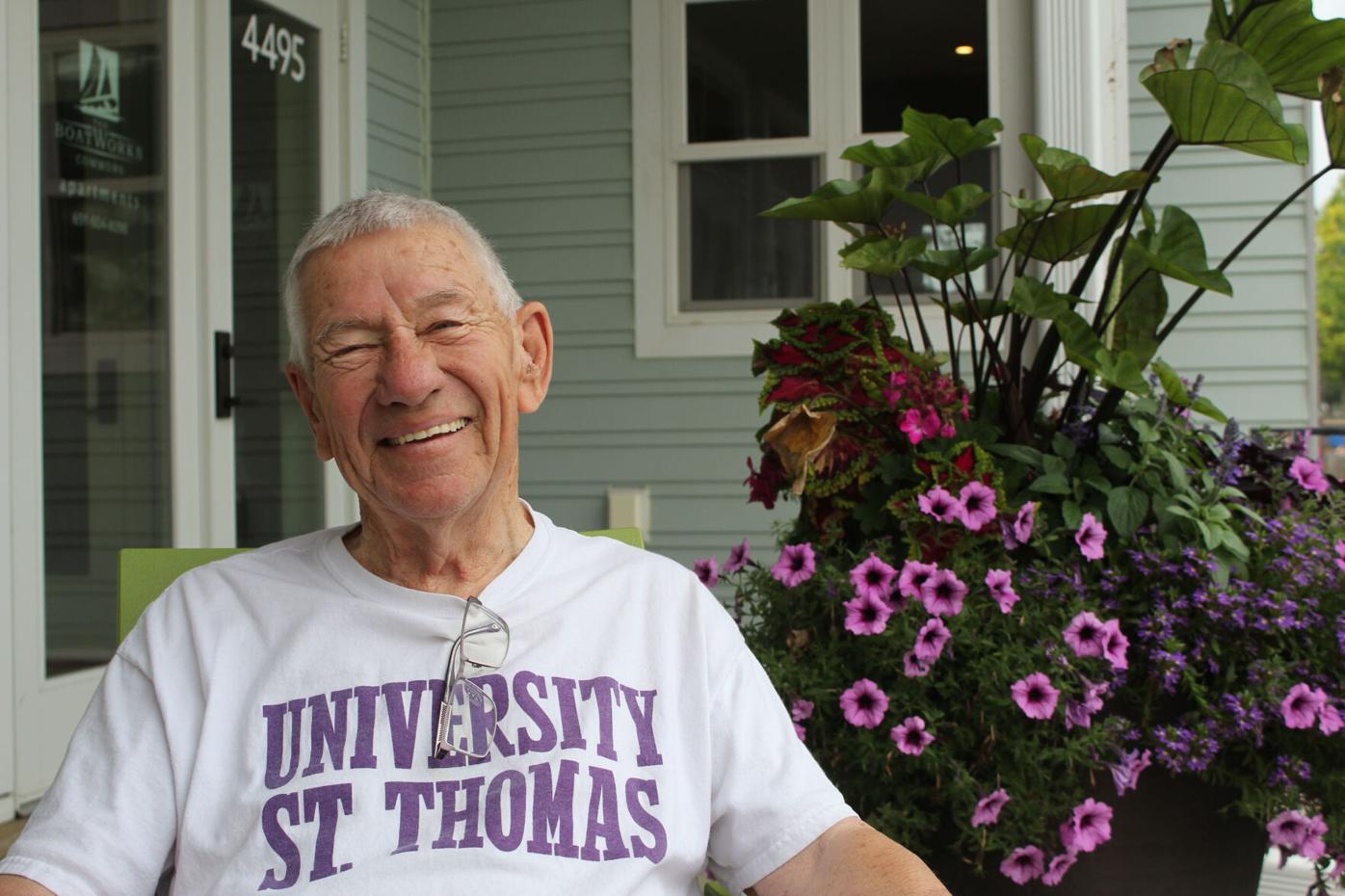 Gene Baland at his apartment overlooking White Bear Lake, his current residence after selling his home on Lake Vermilion. Even though he is in the age group to move into a senior living apartment, he said it keeps him young to live in a place with young working professionals. 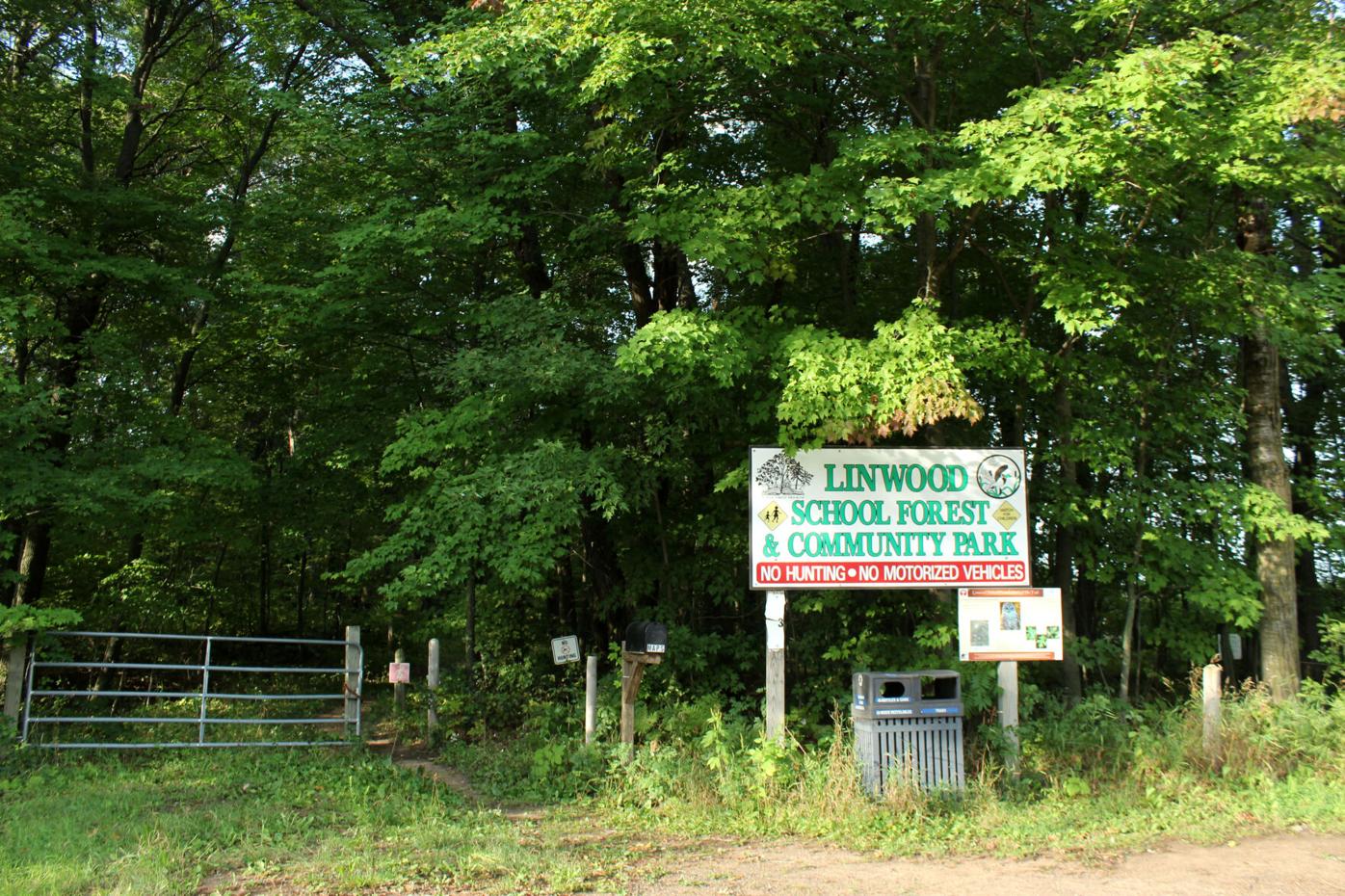 Baland worked with the township and the school district to purchase a plot of land by the school to create a school forest and community park in the 1990s.

Gene Baland at his apartment overlooking White Bear Lake, his current residence after selling his home on Lake Vermilion. Even though he is in the age group to move into a senior living apartment, he said it keeps him young to live in a place with young working professionals.

Baland worked with the township and the school district to purchase a plot of land by the school to create a school forest and community park in the 1990s.

Gene Baland, a beloved former principal of Linwood Elementary, who started the Linwood Community Park and School Forest, is set to be the grand marshal of the parade at the 150th Linwood Days celebration. The festivities will commence on Tuesday, Sept. 7, and conclude on Saturday, Sept. 11.

Born and raised in Victoria, Minnesota, Gene Baland currently lives in White Bear Lake, but raised his kids in Forest Lake while he was the principal of Linwood Elementary for 31 years.

Diane Selz, treasurer of the Linwood Community Park and School Forest Committee, called Baland about a month ago to offer him the grand marshal position for the upcoming annual parade.

Selz was on the first school forest committee when Baland started it in the mid-1990s. She highlighted his contributions to the community by starting the school forest and its lasting legacy, which is still present today.

“What a nice honor,” Baland said about being the grand marshal.

He’s excited for the parade that will have about 17 participants. It has been about 20 years since he has seen former students of Linwood Elementary and their parents at a big community event.

Baland said, “It’ll be interesting to see if I recognize them, and if I don’t I hope they come up and introduce themselves again.

“So many of my former students contact me on Facebook, and I look at their pictures and go, ‘Wow, is that that little sixth grader I used to chase around because he wasn’t behaving?’” he joked.

Baland remembers the fun times of being the principal, like getting dropped in the freezing dunk tank during a school carnival, which he never did again, the rewards of seeing former students enroll their children at the school, and teaching in general: to see the “light bulb turn on in a kid’s head.”

Baland was hired to be the principal of Linwood Elementary in 1968 and held that position for 31 years. At the time he started, there were only seven classrooms and when he left there were four classrooms for each grade level and about 650 kids enrolled.

Baland additionally established the 170-acre Linwood Community Park and School Forest during his time at the elementary school in the mid-1990s. The park is still being overseen by a committee of teachers, parents and town board members, as intended at its origin.

“I got a note, a letter, in the mail from Anoka County. And it said there is 170 acres that’s tax forfeit. … I don’t know if it was a mistake that I got it or not,” Baland said.

He explained that when land is tax forfeited the county will offer it to governmental agencies first, so he was surprised no one wanted the land. “I thought, ‘Oh, my God, why would somebody let this go to tax forfeit?’” he said.

To finalize his hold on the land, he had to work with either the school district or Linwood Township to buy the land. He opted to partner with the township and met with them three times to complete the deal.

The township wanted a community park while Baland and the school wanted a school forest. And so, the Linwood Community Park and School Forest got its name.

“I even had to cave in and let them go first,” said Baland with a laugh regarding who came first in the official forest name.

Baland said everything took off from there, as he encouraged teachers to utilize the school forest to teach lessons outside to endorse creativity. He outsourced local naturalists to teach lessons about the forest ecosystem, which they learned a lot about with help from the Minnesota Department of Natural Resources who sent a representative to analyze all of the animal and plant species during one summer.

He also brought a poet and friend of his, John Caddy, to work with the kids to further creativity. Baland wanted teachers to be creative with the possibilities of what could be done in the forest.

“That was my goal, was to let everybody know how it could be used. You know, I was even thinking of it this morning, I thought, with this pandemic, you know, that would have been a good deal,” Baland said.

The current president of the school forest committee, Jennifer Braido, said they did use the forest as a way for students to get a “mask break” during the school day last year.

“In a year when nobody was taking field trips, it was great that these kids could take a field trip right out their back door,” Braido said.

She said that the school forest program is “alive and well” for the school community with an additional 40 acres and school programs that use the trail camera photos to learn. She said they received a grant from the The Education Foundation of the Forest Lake Area in 2016 to develop a trail camera curriculum “that allows the school forest to be brought into the classroom,” Braido said.

Baland said the committee’s goal when it started the school forest was to get people engaged with the program, especially the teachers. That is still a primary goal today, according to Braido.

Baland retired in 1999 and moved back to northern Minnesota and lost touch with what was happening at the school forest.

“I thought, ‘Jeez, I hope the school forest is still going,’ you know, and to my amazement it was still taking off, getting greater and better,” Baland said.