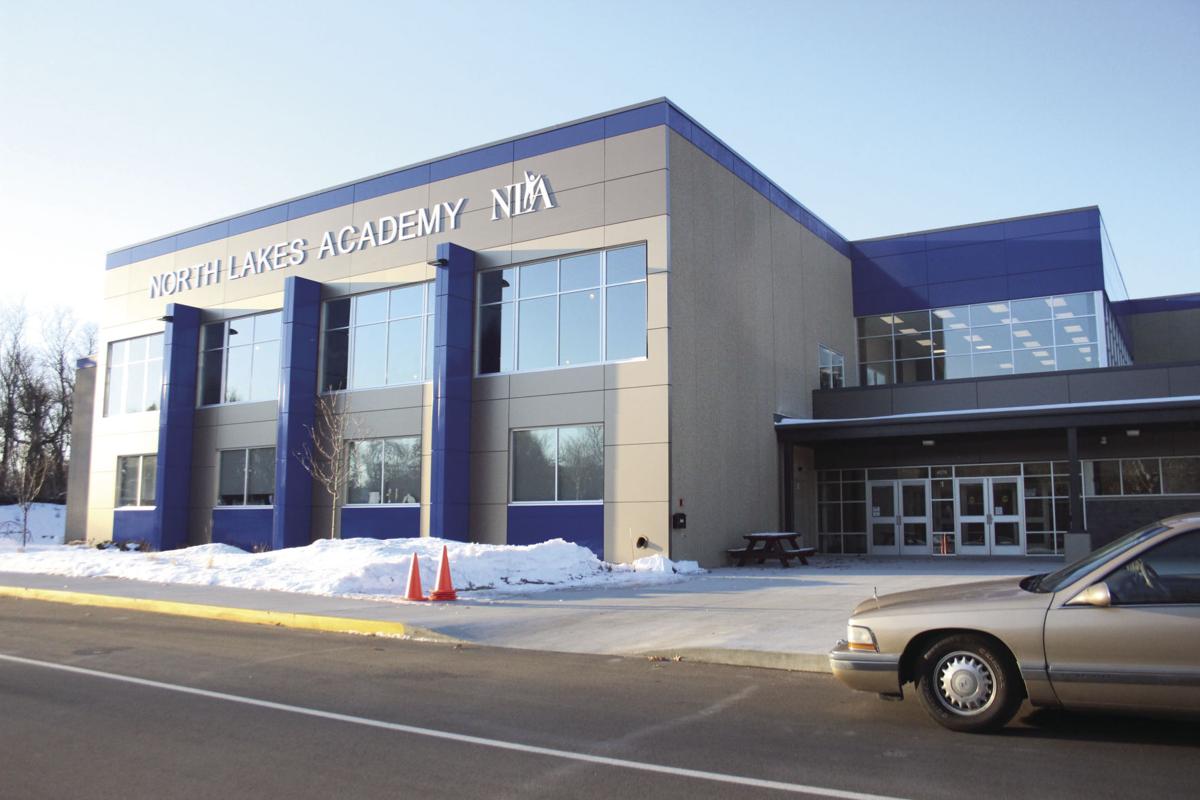 School has been underway in part of North Lakes Academy’s new K-8 building since the fall, but January marked its official completion. An open house for the public to check out the new structure is being held Jan. 13. 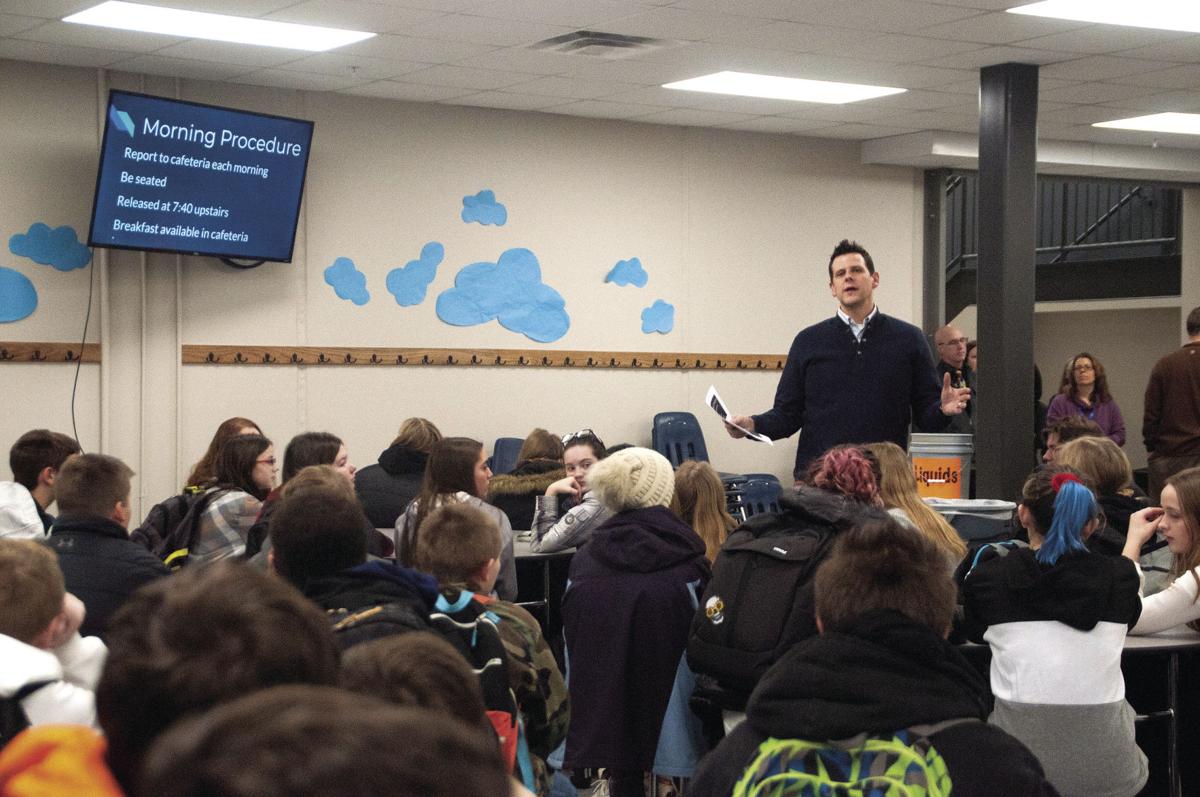 School has been underway in part of North Lakes Academy’s new K-8 building since the fall, but January marked its official completion. An open house for the public to check out the new structure is being held Jan. 13.

It’s been four months of “new” since North Lakes Academy moved into its K-8 building on the west side of Forest Lake, and though it’s not been without its challenges, Executive Director Cam Stottler and Elementary Lead Beth Ann Peck have been impressed with how smoothly the last four months have gone.

“I feel really good; I really do,” Peck said. “I feel like we’re doing really well.”

NLA began its life 20 years ago, in the fall of 1999 as an upper grades school. It later expanded into the upper elementary and middle school grades. In 2015, Peck and Stottler began meetings with the charter school’s board to move forward with the idea of expansion as a K-12 school, as it was only servicing grades 5-12 at the time. In June 2018, the school got approval from its authorizer, Audubon Center of the North Woods, to open grades kindergarten through fourth grade, making NLA a K-12 school for the 2019-2020 school year.

Six months after the initial announcement of the planned grade expansion, the fate of the school was up in the air, as NLA had trouble securing the funding to build a new facility, which would be required to expand.

“A year ago, this project was almost dead,” Stottler said. “We hadn’t secured the funding, so it’s crazy to think it’ll be a year ago that none of this was really a reality.”

Part of the struggle to secure the funding had to do with the market in which charter schools’ bonds are sold. The school was able to secure funding in January 2019 for its building, though the funding was 25% less than what it initially hoped for, which totaled about $3 million less. It was nearly a year from the announcement of the expansion to the ground breaking. It’s that struggle that Stottler said has made the school all the better.

“In a weird sense, it feels right that we’ve gotten to where we are through the struggle. That’s kind of to epitomize what the 20 years of North Lakes has been. It’s been obstacles — foreseen or unforeseen — [that have] led to better products,” Stottler said.

Some of those struggles have related to the building itself, Stottler said. A tiled floor was one of the main perks he was excited for, and because of the budget reduction, the school chose to implement sealed cement floors, instead. Now, Stottler said, he’s realized that was a blessing in disguise.

“Turns out, elementary students can be messy,” Stottler explained. “So the benefits of cleaning it up, that’s really not a big deal. Having these floors are actually a huge benefit, even though it doesn’t present pretty.”

The biggest benefit of the constrained finances, Stottler said, was making sure the priority was on the students’ education.

“[In the initial larger budget], we were faced with the ability to finally, for the first time, maybe dream a little; not make a Taj Mahal, but certainly afford luxuries we haven’t had before,” Stottler said. “It’s clear how quickly you can start to lose your scope of what you want versus what you need. And you always think you’re keeping what you need in mind, but it isn’t until you’re forced to focus on ‘What is your need?’ that you’re ensuring that that’s the prize.”

While the upper floor was being built through December, the main floor was finished in the beginning of September. In order to account for any unforeseen issues preventing the start of school after Labor Day, school began two weeks late. Fifth through eighth graders utilized NLA’s middle school on 7th Avenue Northwest in Forest Lake, just off of the Highway 8 ramp where they had been housed previously through December of this school year. On Dec. 20, movers began moving boxes into the new classrooms on the upper floor of the new building. Those students and staff experienced their first day of classes in the new building on Jan. 2.

“I’m just excited to have the staff here and build relationships between elementary and middle school instead of being separate schools,” Peck said.

While there were five new grade levels for the school this year, Stottler and Peck said that educationally, staff and students have adjusted well. They attribute that to the staff they chose to begin the new expansion, many of whom have over 20 years’ teaching experience.

“That has made all the difference … to be able to rely on them to execute the majority of what they need to do without building everything from scratch,” Stottler said. The teachers had the two weeks following Labor Day to also do staff training and preparations for the day.

Stottler and Peck said the parent and student responses to this year so far have been great.

“The data is showing a lot of success, as far as families being happy with the product and students test-wise and grade-wise, and social/emotional-wise we’ve seen so much growth,” Peck said.

Stottler added, “It’s a totally different educational experience than I’ve had before, but the pillars are the same: invest in the teachers, invest in the kids.”

Though the opening didn’t come without its challenges, they were good challenges, Stottler said. One challenge is simply trying to get to know five new grades of students and how to teach them well.

“It’s figuring out where the students are at academically, and then how do we get them ingrained into what we feel is a successful way of dealing with that: our way of teaching, our way of keeping expectations high, working with the parents. That’s all new stuff for everyone,” Stottler said.

It will be a continued challenge over the coming years as NLA slowly expands its program. NLA purposefully decided not to expand to its full capacity right away, not wanting to take on more it could handle. More sections will slowly be added until it reaches its full capacity. But Stottler said that the expansion will help provide students with a better product down the line.

“One of the main reasons we did the expansion was because we felt we had a quality product that if we had the ability to catch them even earlier, we had the opportunity to make even a bigger impact,” he said.

Internally, school administrators felt faculty members were doing a good job teaching the new grades, but for the first few weeks they were waiting for reassurance from an outside standard.

“We felt like we’ve been doing a great job, but we don’t have anything to compare that to. Each day we’d walk around going, ‘I think we’re doing really well’ but you don’t know until you know,” Stottler said.

Education experts from NLA’s authorizer came for a site visit in early November to conduct interviews and analyze the school’s methods and results. When they gave NLA the thumbs up, it was the confirmation the school needed.

“[Audubon] walked out saying, ‘You are crushing it,’” Stottler said. “[We thought,] ‘OK, we felt that way,’ so to hear it from them was really validating.”