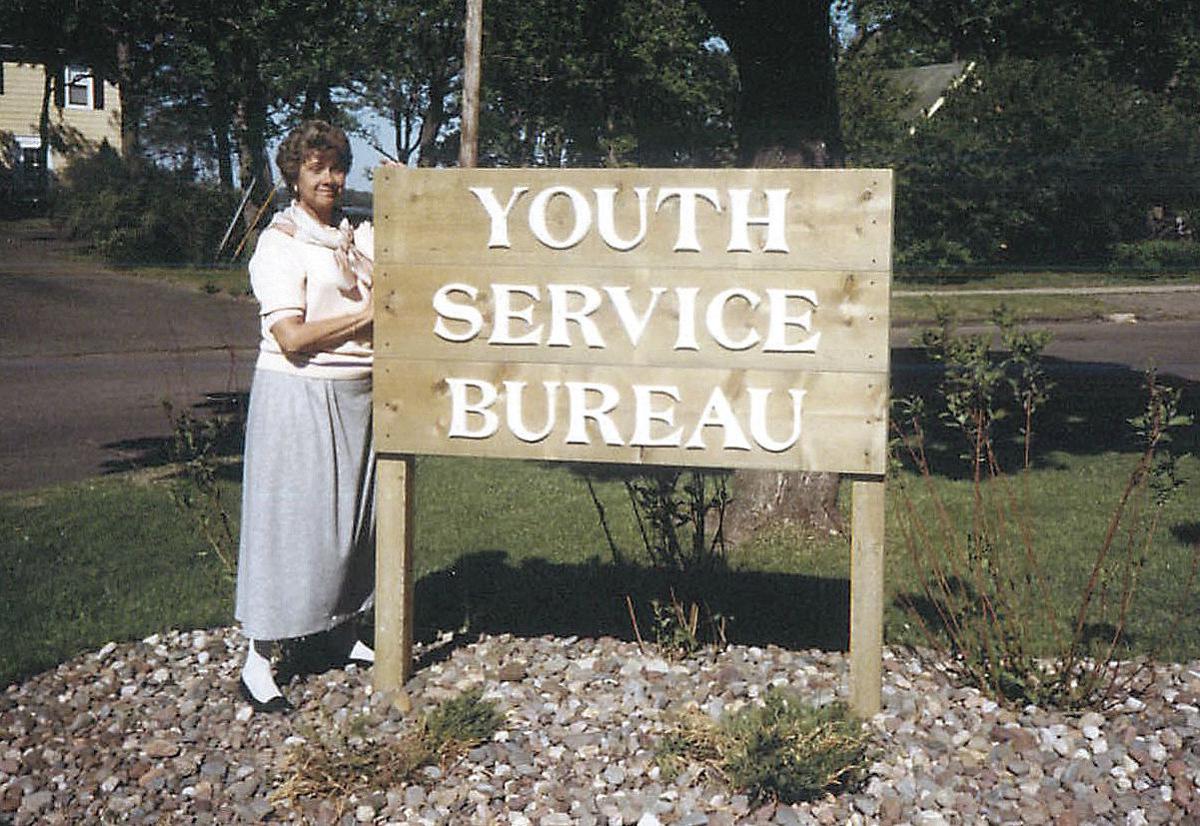 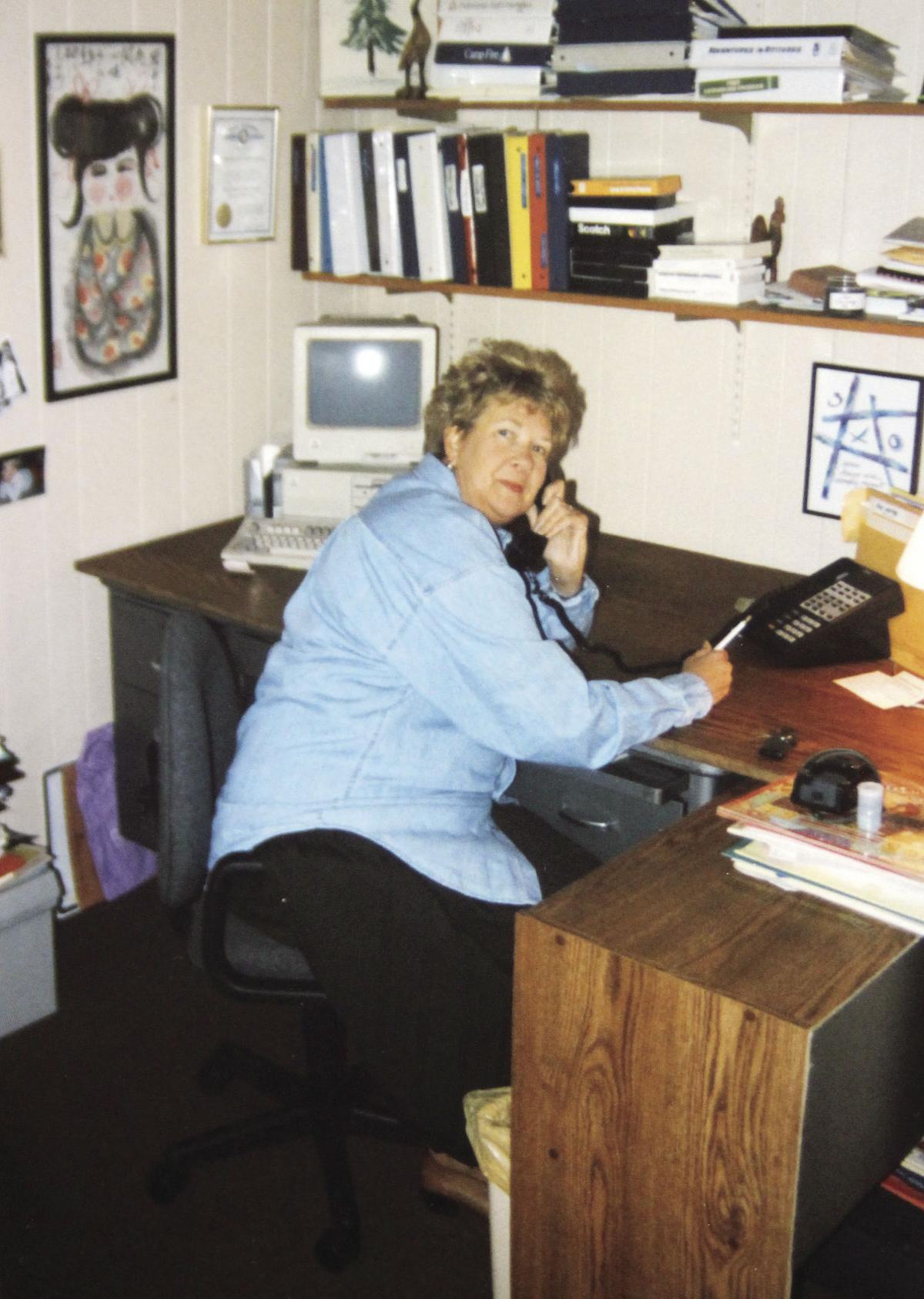 Friends and colleagues remember Swanson as a innovative thinker and a tireless community booster.

Friends and colleagues remember Swanson as a innovative thinker and a tireless community booster.

A memorial service has been set for next month for Barb Swanson, the former longtime Forest Lake resident who graced many local causes and organizations with her creative, hard-working spirit. Swanson, who was living with her husband, Bruce, in Ft. Myers, Florida, died Sept. 4 after a brief hospital stay. She was 80.

Barb had a hand in a variety of community organizations in and around Forest Lake over the years, but perhaps her most notable work was as the Youth Service Bureau’s executive director from 1986 to 1999. During that time, she got to know Doug and Barb Goerss, two of the board members on the bureau, and she and Bruce remained friends with the couple over the next few decades. Doug said he and his wife had visited Barb and Bruce in February and had been planning to return to Ft. Myers for Thanksgiving when they learned of her death.

“She always had friends, people who didn’t have relatives in the area, [and] she would invite them over for [Thanksgiving] dinner,” Goerss said. All who spoke with The Times about Barb remembered her the same way: as a generous, creative person with a heart for kids.

Linda Madsen, executive director of Lakes Center for Youth & Families – the organization formerly known as Youth Service Bureau until it was renamed in 2017 – first met Barb in the 1980s, when Madsen was still a junior high teacher in Forest Lake Area Schools. The pair co-chaired a career fair for the school’s middle schoolers, and Madsen remembered being impressed by Barb’s work ethic.

“She was just delightful to work with and had a lot of contacts in the community,” Madsen said.

In the following decades, Madsen worked in a variety of positions for the school district (she retired as the superintendent in 2017), and over the years, she occasionally interacted with Barb, usually in connection with the Youth Service Bureau, an organization that was created by former Washington County Sheriff Jim Trudeau to help divert local kids from the court system.

“It was that attitude and that thinking that if we could help kids and kind of figure out where they’d been … and we could support them to make positive decisions,” Madsen said.

Doug Goerss recalled that when Barb took over at YSB, the organization wasn’t on the best financial footing. Barb started pursuing grants more aggressively to boost funding and added as board members prominent community figures like police chiefs, sheriffs and county commissioners in an attempt to increase YSB’s community profile.

“She was really instrumental in keeping that [organization] going,” Doug said.

Laurie Drolson was hired by Barb out of college in 1993 and worked in a variety of roles at YSB over the next decade, ending her time there as assistant director. Key to Barb’s success, she said, was her work ethic and her goal to turn YSB into a local institution.

“She really did build a lot of the programs, and I really think she did help the Youth Service Bureau to become more embedded in the community and more of a community resource,” Drolson said.

Her management style demanded much out of herself and those who worked with her. Drolson said her work with Barb allowed her to take on roles that would often be considered beyond the capacity of a person in her 20s, like working on state and county youth initiatives or even presenting at a national conference on restorative justice.

“She hired a 22-year-old me and gave me a ton of opportunities and just expected me to succeed. ... She was so driven and had such high expectations for us,” Drolson said.

Barb’s work with YSB eventually led to her becoming an instrumental part of creating the Forest Lake Area Partnership for Families (formerly the Tri-County Youth & Family Partnership), a community resource partnership between various area non-profits working to promote healthy family dynamics. Drolson said Barb’s ability to bring people together led to avenues of cooperation that allowed all parties to better accomplish their goals.

“She was instrumental in getting all of those people to the table and committed,” she said of FLAPF.

The Youth Service Bureau wasn’t the only organization that Barb graced with her hard work. She was a frequently Rotary volunteer (and served as the local chair for one year), and she co-chaired the city’s 1993 centennial celebration with former Forest Lake Times publisher Howard Lestrud. Lestrud remembered her as a devoted presence who was capable of both solving problems and finding the humor in difficult situations – sometimes both at once, as when the duo were responsible for getting a city water tower repainted before the celebration after vandals defaced its recent paint job.

“She had a twinkle in her eye, always positive and upbeat,” he said. “Not afraid to make a decision, but at the same time she always valued other people’s opinions.”

The centennial was a success. The Fourth of July parade that year had more than 300 entrants, the organizers scheduled plenty of fun family activities, and a book they commissioned for the event, “Reflections of Forest Lake” by Elsie Vogel, is still referenced by area historians today.

“She expected a lot of people, but in return she gave a lot, too,” Lestrud said.

These days, Barb has been gone from Lakes Center for Youth and Families for many years, but the place still carries her institutional memory. Madsen said Barb led the organization through the beginning of its evolution from a group solely focused on court diversion to its more holistic approach today, one that focuses on general youth and family enrichment to help area children make positive decisions throughout their lives. Madsen said the former executive director realized the potential for the organization to become something more.

“I think Barb was very nimble about making changes and being really good at connecting with people,” Madsen said.

While many people knew Barb’s public contributions, Doug and Barb Goerss knew her private side as well, even keeping up with her and Bruce after they made the move to Florida (both realtors, Doug and Barb also helped facilitate the sale of Barb and Bruce’s lake house a couple of years ago, around five years after the pair moved south for good). She and Bruce had no kids, so they were very devoted to their nieces, nephews and a godchild. She volunteered with Gammelgarden Museum’s Comin’ to Amerika program for many years, and she and Bruce loved connecting with their Swedish roots. After she moved to Florida, she worked with a wild animal rescue nonprofit, and she was an excellent cook, always capable of putting a unique spin on a traditional dish. She valued and made the best use of her time, Doug said, and in return, those who loved her valued the time she gave to them.

“She always had a good view of things,” he said.

Drolson, who now oversees youth and adult enrichment programming and other adult education services for Forest Lake Community Education, also kept up with Barb after her former boss left YSB, and she and her husband occasionally traveled down to Florida or visited with Barb and Bruce when they were back in town. She remembers Barb as a mentor and friend who set her up for success and always knew how to show she cared for those around her.

“As hard as she worked, as hard as she expected us to work, she always made sure there was Diet Coke and chocolate at the end of the day,” she said.

A celebration of life service for Barb will be held 2 p.m. Nov. 2 at St. Andrew’s Lutheran Church in Mahtomedi. Visitation will be one hour prior. Memorials can be sent to Gammelgarden Museum or the Clinic for the Rehabilitation of Wildlife.