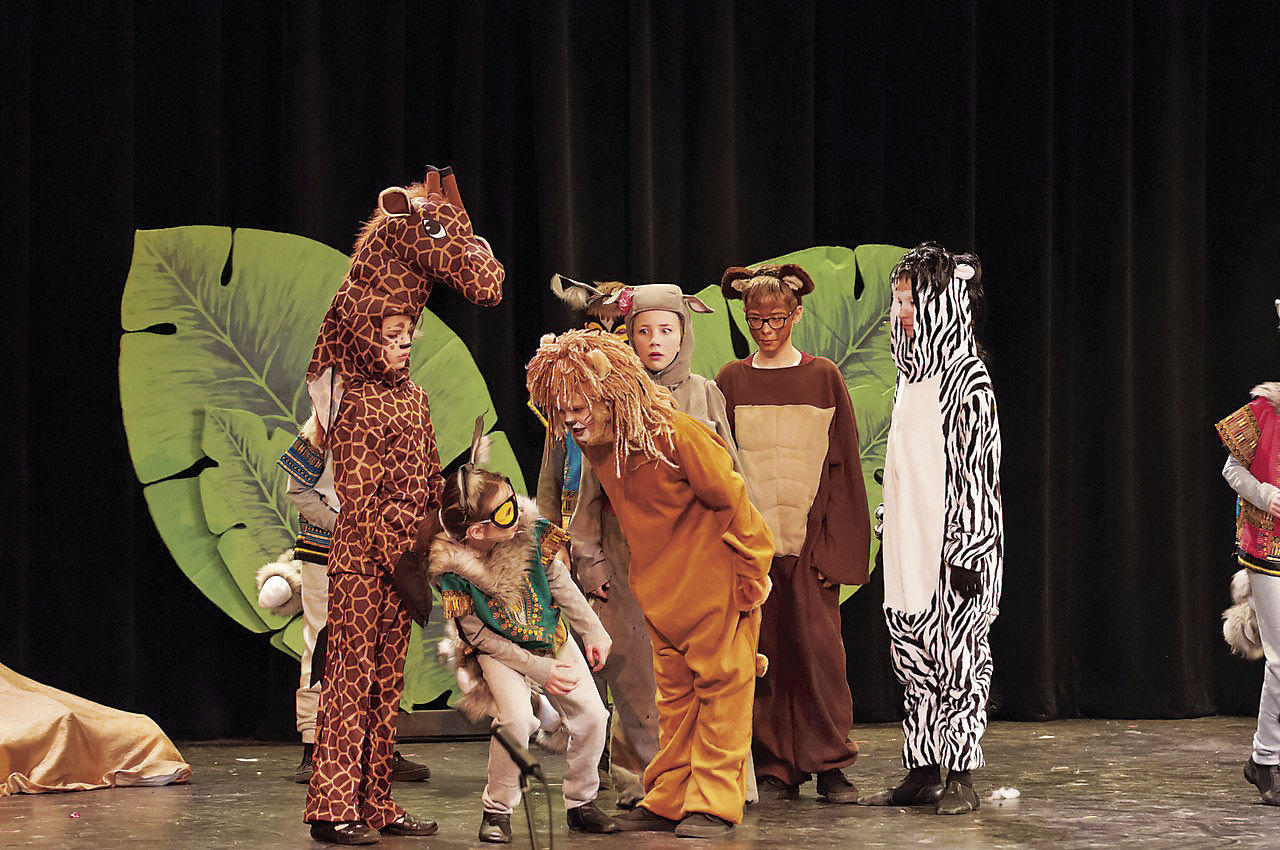 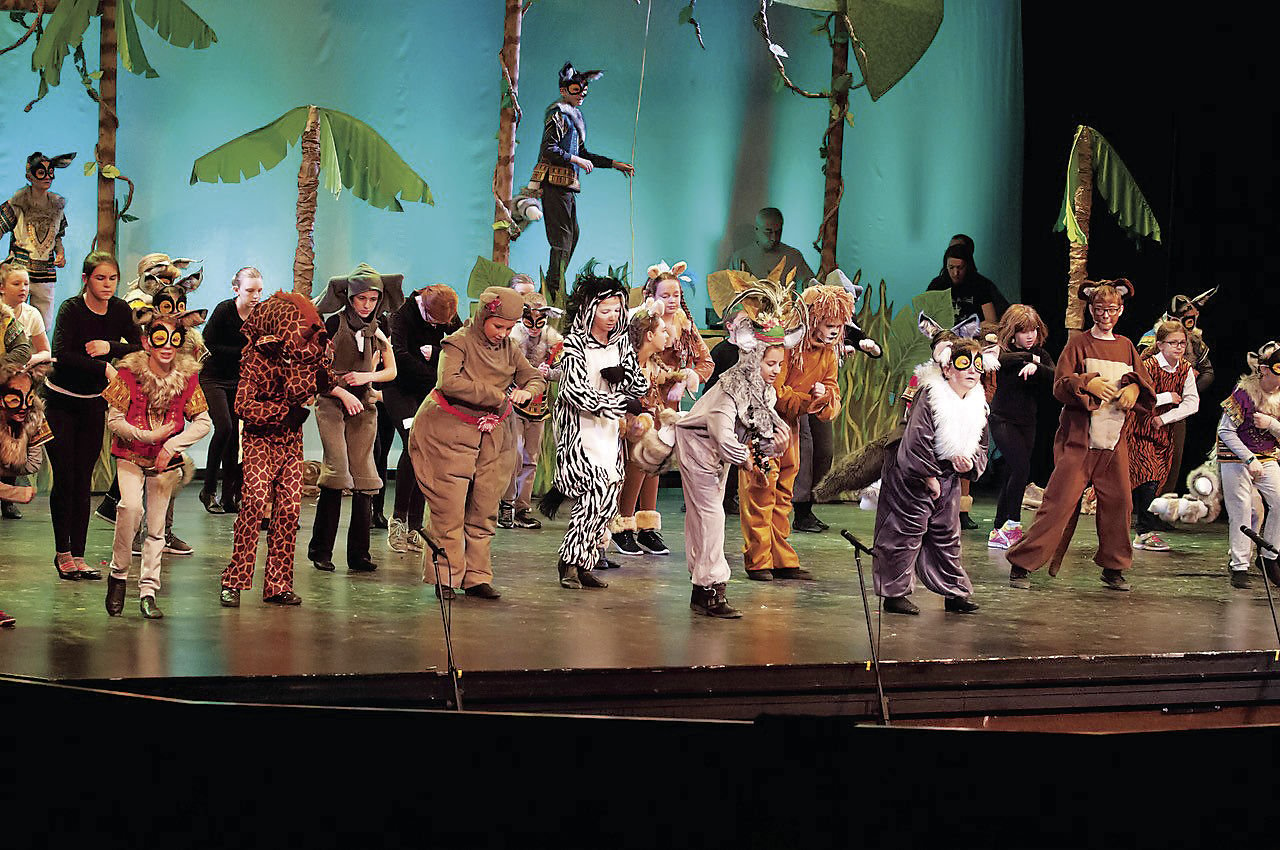 The cast performing ‘I Like to Move it, Move it.’ 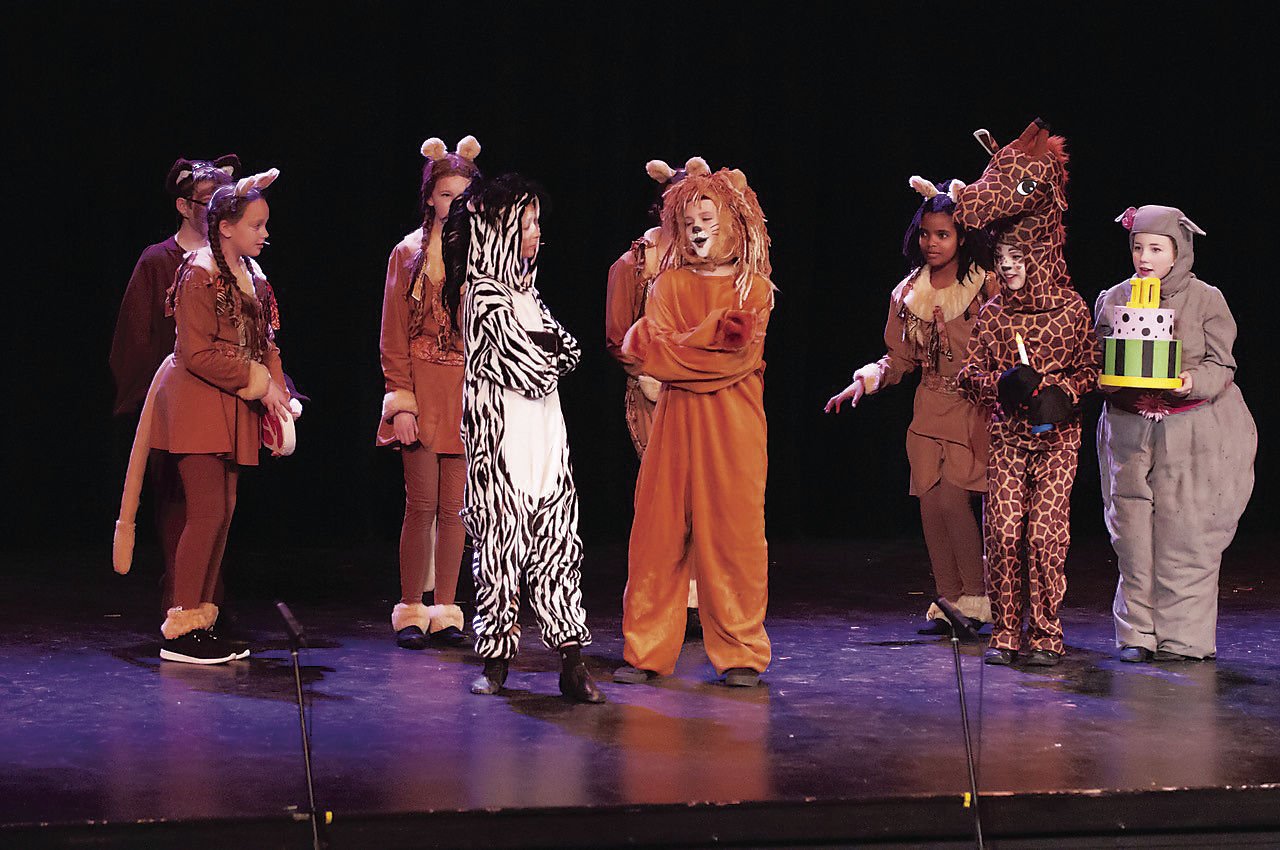 Alex (Ben Zumwalde) tries to convince Marty (Logan Kohler) that the zoo is a great place to be, while Melman (Anika Swanson), Gloria (Ava Sherman) and the Lionesses look on. 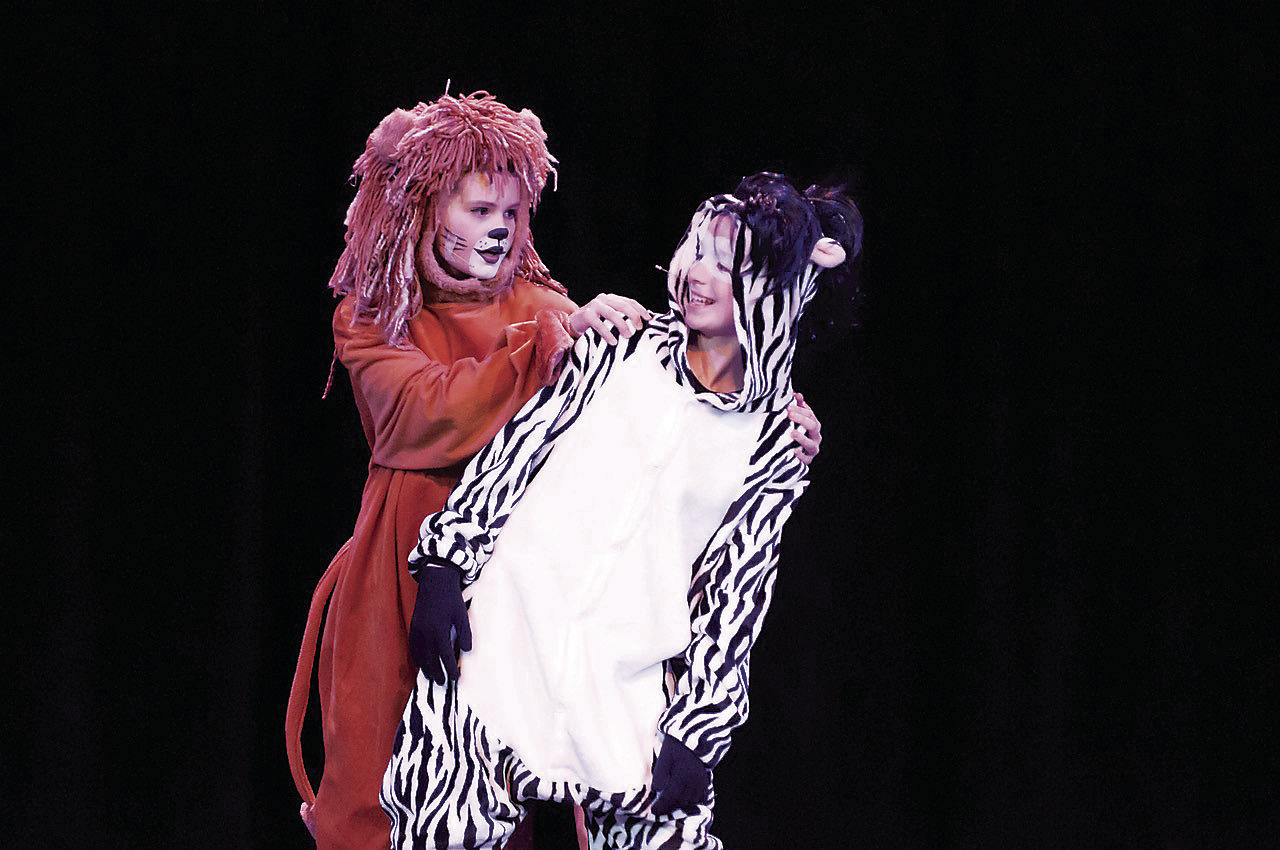 The cast performing ‘I Like to Move it, Move it.’

Alex (Ben Zumwalde) tries to convince Marty (Logan Kohler) that the zoo is a great place to be, while Melman (Anika Swanson), Gloria (Ava Sherman) and the Lionesses look on.

When Alex the Lion, Marty the Zebra, Melman the Giraffe, Gloria the Hippo, and a band of rowdy penguins escape from their home in New York’s Central Park Zoo and get captured in the subway, they soon find themselves on an unexpected journey to their homeland of Madagascar. Children’s Performing Arts of Forest Lake will soon bring this story to the stage as it presents “Madagascar Jr.”

CPA will perform on the Forest Lake Area High School Auditorium stage Feb. 9 and 10 at 7 p.m. and Feb. 10 and 11 at 2 p.m. Tickets, $6 for students and $12 for adults, are available at goo.gl/RESyni. The show, directed by Carrie Carlson, is adapted from the DreamWorks animated motion picture “Madagascar.”

“The magical thing that happens with younger kids in theater is that they are still into make believe play, and so when you cast them to play an animal, they can really run with it and have a lot of fun,” Carslon said. “I come from a psychology background, and I really encourage the kids to explore what the character is thinking or feeling, and it helps to see them come at it from that different angle.”

The students cast to play animal parts also double as human characters in other scenes. One tricky aspect of the dual role responsibilities were the costumes.

“This is the first show we have ever done where costuming has been so multi-layered,” Carlson said. “Primarily with our shows, some kids might have one maybe two costume changes. In this show, a majority of our actors have two or more changes.”

Costuming an animal character is also a lot more difficult than finding clothes for a person to wear.

“We have a team of people making 90 percent of the costumes you see on stage,” Carlson said. “They have definitely put in overtime on this production. We also have spreadsheets and parent teams to make sure that the wardrobe changes happen at the right time.”

Parent and other volunteers also worked to create a series of set pieces that are more intricate than what CPA is typically used to.

“We have an awesome set team that really came together on this production,” she said. “We have a Central Park Zoo, a subway station, elements to make the stage look like a boat, and jungle scenes that really add a lot to the show.”

Carlson believes that the costumes and set design pieces have added to the actors’ enjoyment of the show, and she has seen the upgrades pay dividends thus far.

“The kids have been having a lot of fun with their characters and working with the set pieces and props,” she said. “Some have even come out of their shell more than usual. The way that some of these actors are embracing their characters is unbelievable.”

Carlson said that beyond the music and the comedy, “Madagascar Jr.” provides a positive take-away that transcends all ages.

“This is ultimately a story about teamwork,” she said. “There may be bumps in the road, and we may not always see eye to eye, but when we recognize others and appreciate them for who they are, the world becomes a better place.”