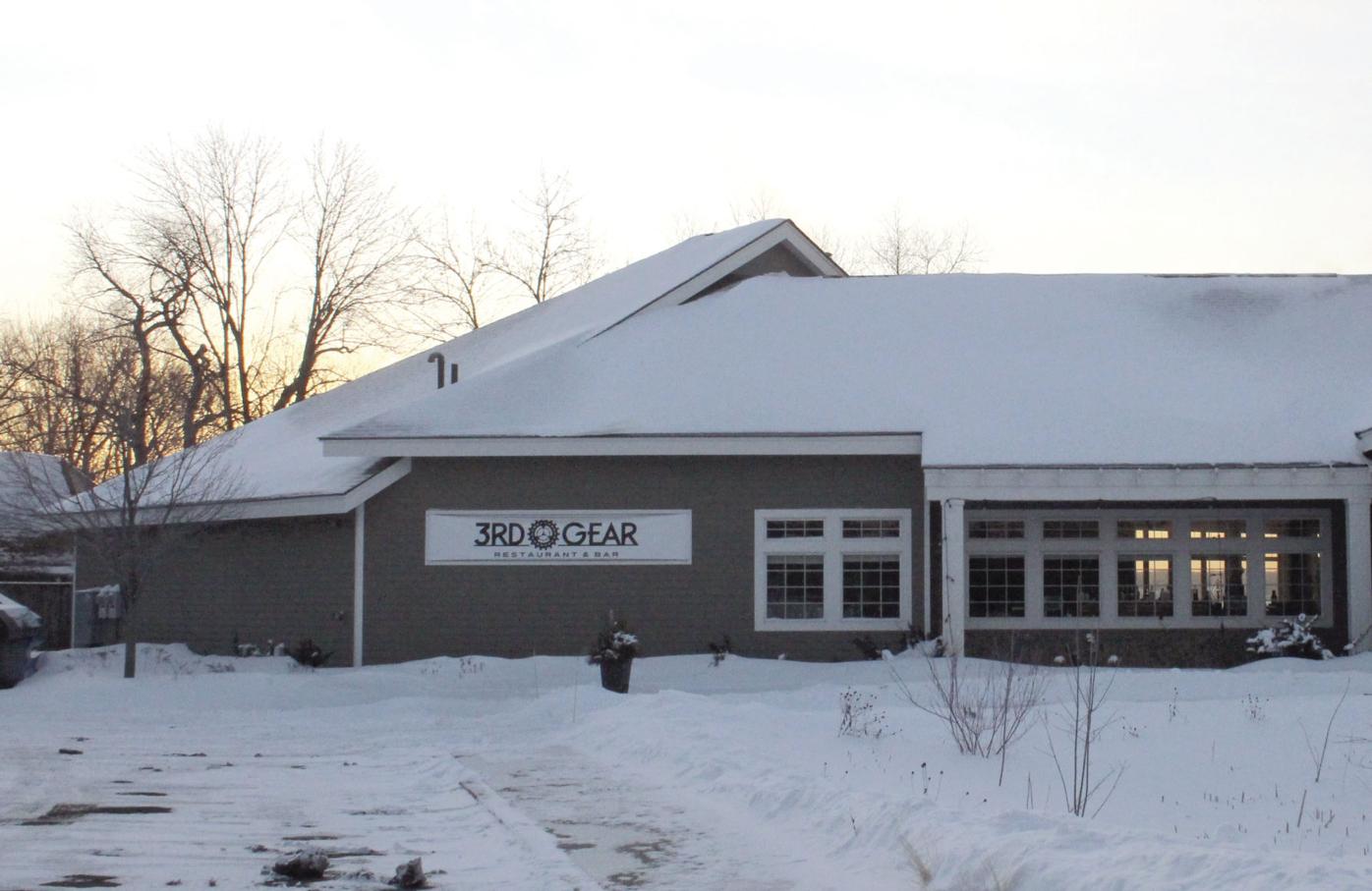 Forest Lake restaurants Mr. Large Burrito and 3rd Gear are at the center of a lawsuit over negative Google reviews. Miller & Stevens Law is also a plaintiff in the suit. 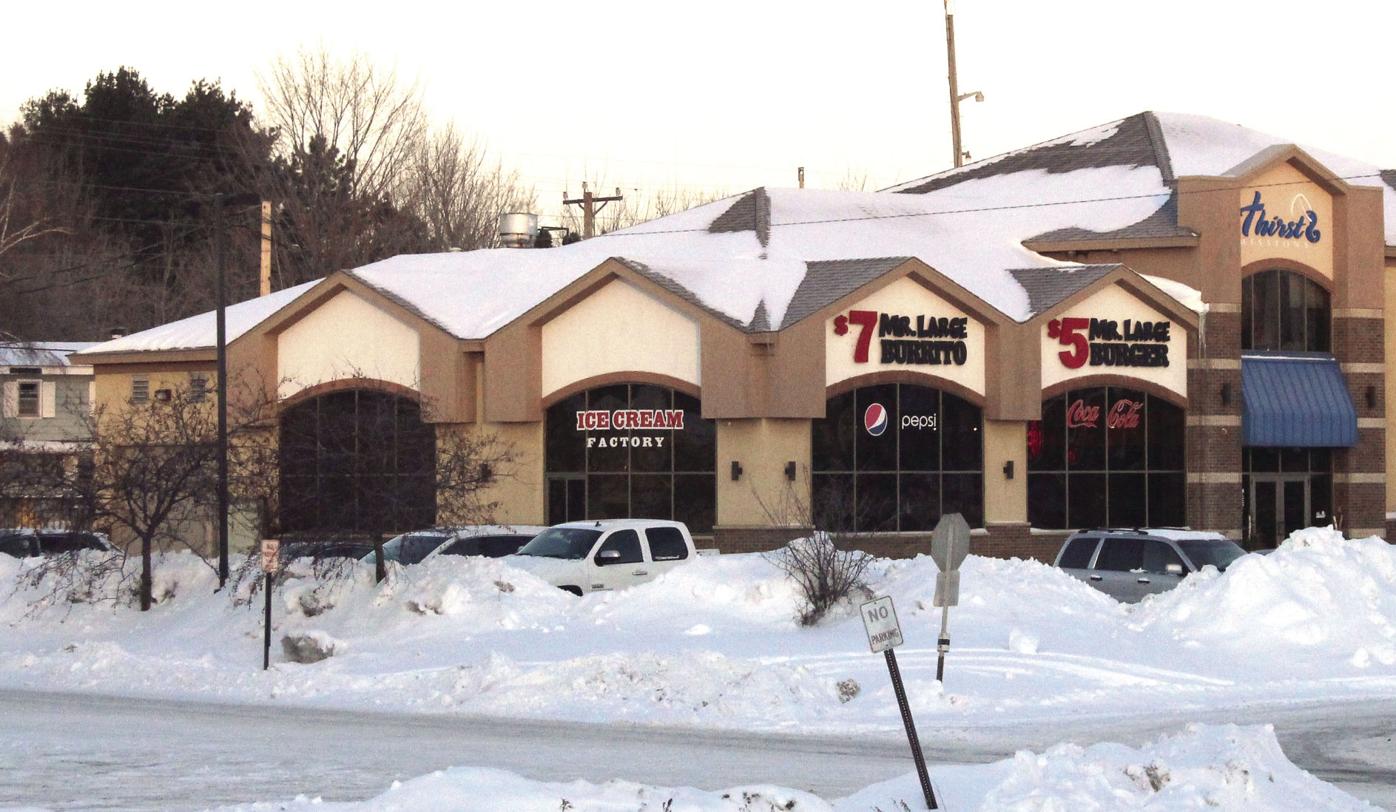 Forest Lake restaurants Mr. Large Burrito and 3rd Gear are at the center of a lawsuit over negative Google reviews. Miller & Stevens Law is also a plaintiff in the suit.

A lawsuit involving a trio of local businesses is brewing between two Forest Lake restaurants and a local law firm, with search engine giant Google thrown in for good measure. One side is alleging fraud, the other side is alleging coercion, and both sides claim that the other is trying to defame their opponents – all over a series of negative, allegedly libelous Google reviews.

The suit went public in a big way Jan. 17, when a judge issued a court order to allow plaintiffs Miller & Stevens Law and Ernie’s Empire (which manages 3rd Gear Restaurant and Ernie’s Eatery) to hire a third party to copy the data from personal and business electronics of Ayman “Mike” Tel, the owner of Mr. Large Burrito in Forest Lake, at both his business and his home, after which they would be returned to Tel. Washington County sheriff’s deputies were on hand at Mr. Large around midday to make sure the order was allowed to be carried out.

The suit was filed at the beginning of the month, with the two plaintiffs naming Tel, Burrito & Burger Inc. (which manages Mr. Large Burrito), and Google as defendants. In the suit, the plaintiffs allege that Tel committed multiple acts of defamation (as well as one count of fraud) related to his interactions with both of the plaintiff businesses. Not long after the initial suit was filed, Tel filed a counterclaim, alleging defamation, interference with a business, breach of fiduciary duty and coercion.

The Times had been working on its story on the lawsuit prior to the court order; the quotes from involved parties were given before Jan. 17.

3rd Gear opened in April 2019. According to the original suit and a Times interview with Eric Ernst, who owns Ernie’s Empire and 3rd Gear, Ernst was an employee at Mr. Large but left shortly before it opened (Tel denies this in his answer to the suit). The suit alleges that Tel engaged in a campaign to hurt 3rd Gear, including leaving bad Google reviews from dummy accounts and calling the restaurant almost daily to make threatening statements.

Ernst told The Times the anonymous phone calls included statements like “You’re going down” and “Go kill yourself.” He said the calls made employees reluctant to answer the phone during the afternoon, when the calls usually came in. For a while, he and his staff couldn’t figure out who was responsible.

“My employees dreaded getting the calls,” he said.

3rd Gear also began receiving negative Google reviews from accounts that did not appear to be associated with real identities. Multiple reviews were written in a similar style, with little to no punctuation, and some of them claimed Ernst owed money to a contractor. One said he was drunk on the job. Ernst contacted Miller & Stevens to help him figure out who was leaving the reviews and how to get the ones he felt were libelous removed.

Around this same period, according to the complaint, Miller & Stevens, who had represented Tel previously in an unrelated case, also began seeing an influx of negative reviews from people who had never been clients of the firm (some of the reviews also were posted from accounts that were clearly using aliases, like “Bhhh bbhh”).

The suit states that when Vince Stevens, attorney at and president of the firm, visited Mr. Large for lunch, Tel would observe that the firm had gotten a new negative review and offer to get it removed for a fee. Stevens told The Times he thought Tel’s interest in the negative reviews was odd, but he didn’t think Tel was leaving the reviews because Miller & Stevens had successfully represented him.

“I was suspicious, but I just didn’t connect the dots,” Stevens said.

Eventually, the suit alleges, Stevens became suspicious when Tel asked him about his assistance in tracking down the creator of 3rd Gear’s anonymous posts. Tel allegedly told Stevens he’d heard about the review situation and Stevens’ assistance with it through a source he had at 3rd Gear, also allegedly predicting that 3rd Gear was “going down” – language similar to that used in the anonymous calls to 3rd Gear.

The posts cited in the lawsuit as proof of Tel’s involvement are two identical Google reviews left on a Lebanese restaurant in Fridley – one left by Tel’s account “Mr. Large,” and one left by a “Johnny Devlin,” the account that claimed in a Google review that Ernst was drunk on the job (the Devlin account also left a one-star rating for Miller & Stevens). The lawsuit states that Miller & Stevens brought its conclusions to Tel at the end of November 2019. Following that, the suit said, Miller & Stevens was bombarded with more negative reviews from suspect Google accounts. In all, Miller & Stevens believes that Tel or someone working with him posted as many as 13 negative reviews or ratings for the firm over five days. Stevens also told The Times that after he confronted Tel about the situation, “He [Tel] said the last person who accused him of fraud has an expiration date.”

Stevens said he’s also been in contact with other local restaurants that have been affected by reviews from dummy accounts he attributes to Tel.

Ernst and Stevens said negative Google reviews have real consequences on their businesses. While it’s impossible to know how many people might not patronize a business based on reviews, both men said they’d heard first- and second-hand stories from people who had passed on or had second thoughts about either 3rd Gear or Miller & Stevens based on the ratings.

“It’s unfortunate,” said Ernst, who filed a restraining order against Tel in the midst of these incidents. “Once you’re below four stars, people don’t even look at you.”

In addition to Tel and his company, the suit also names Google as a defendant, alleging that the company removed a few of the negative reviews for Miller & Stevens but left several others up despite the others being, in the view of the lawsuit, in violation of Google’s review policies, including those prohibiting harassment and using multiple accounts to post the same content. In so doing, the suit claims, Google is perpetuating Tel’s alleged defamation.

The lawsuit requests a judgment in excess of $50,000 from Tel, Tel’s company, and Google, as well as an order for Google to remove the defamatory reviews and for Tel to cease and remove the false negative reviews he is accused of leaving on the plaintiffs’ businesses.

Google is seeking to dismiss the lawsuit in a hearing that is currently set for March 30. In Tel’s answer to the lawsuit, his representation denied the allegations in the original suit and wrote that Tel told Stevens that there are companies that charge money for Google review removals.

The counterclaim filed by Tel alleges that Tel and Mr. Large are the victims of a campaign of harassment by Ernie’s Empire and Miller & Stevens, claiming that they or people associated with them left negative Google reviews for Mr. Large and spread falsehoods about Tel and Mr. Large around the community. According to the counterclaim, since the parties threatened to spread negative statements to the public if Tel didn’t remove the reviews (which he denies leaving in the first place), the plaintiffs of the original suit are guilty of coercion as well as defamation. The counterclaim also claims that Miller & Stevens are in breach of fiduciary duty by sharing legal information about Tel with the public, information allegedly obtained as a result of previously representing him (Tel has an extensive criminal history over the last two decades, though 2015 was the last year he was convicted for anything in Minnesota court). As in the original suit, the counterclaim asks for damages in excess of $50,000 and a direction that the original suit’s plaintiffs stop sharing defamatory Google reviews and statements.

Tel told The Times he didn’t mind the lawsuit because that’s how the United States’ legal system is supposed to work: If you believe someone has wronged you, you take them to court. What really bothered him, he said, is the insistence of the two other businesses to take the feud to the public – especially because he believes the suit contains no concrete proof of wrongdoing.

“Let a judgment come through on me, and then talk [expletive],” he said.

Tel said it’s too early to say if the allegations have had an effect on his business, though he noted that he’s previously seen an uptick in traffic when his business has been portrayed negatively by a member of the public. He believes people are loyal to Mr. Large because Tel works hard and makes great food.

“It’s not good when two local businesses are battling,” he said.

The ex parte order (an order made without the notification of the other party) to allow the copying of Tel’s data was requested by the plaintiffs because they believe there is evidence of Tel’s digital actions on the devices and they did not believe they would be able to receive the information through the normal process of discovery that occurs in a lawsuit, fearing that Tel might destroy or hide it. At press time, it is not known what of relevance, if anything, was found on the devices.