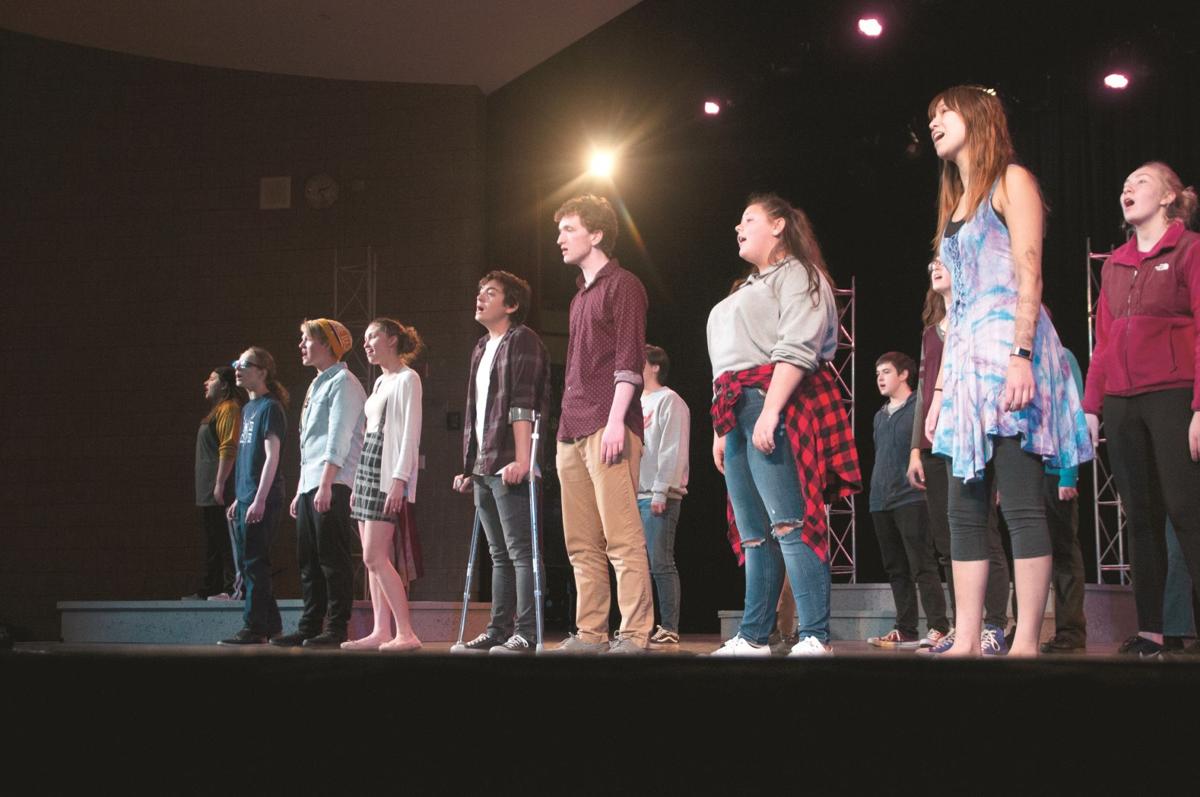 The cast of the Forest Lake Area High School’s production of “13” rehearse the song “A Little More Homework” on Thursday, Oct. 17. “13” will open at the high school auditorium on this issue’s cover date, Oct. 24. 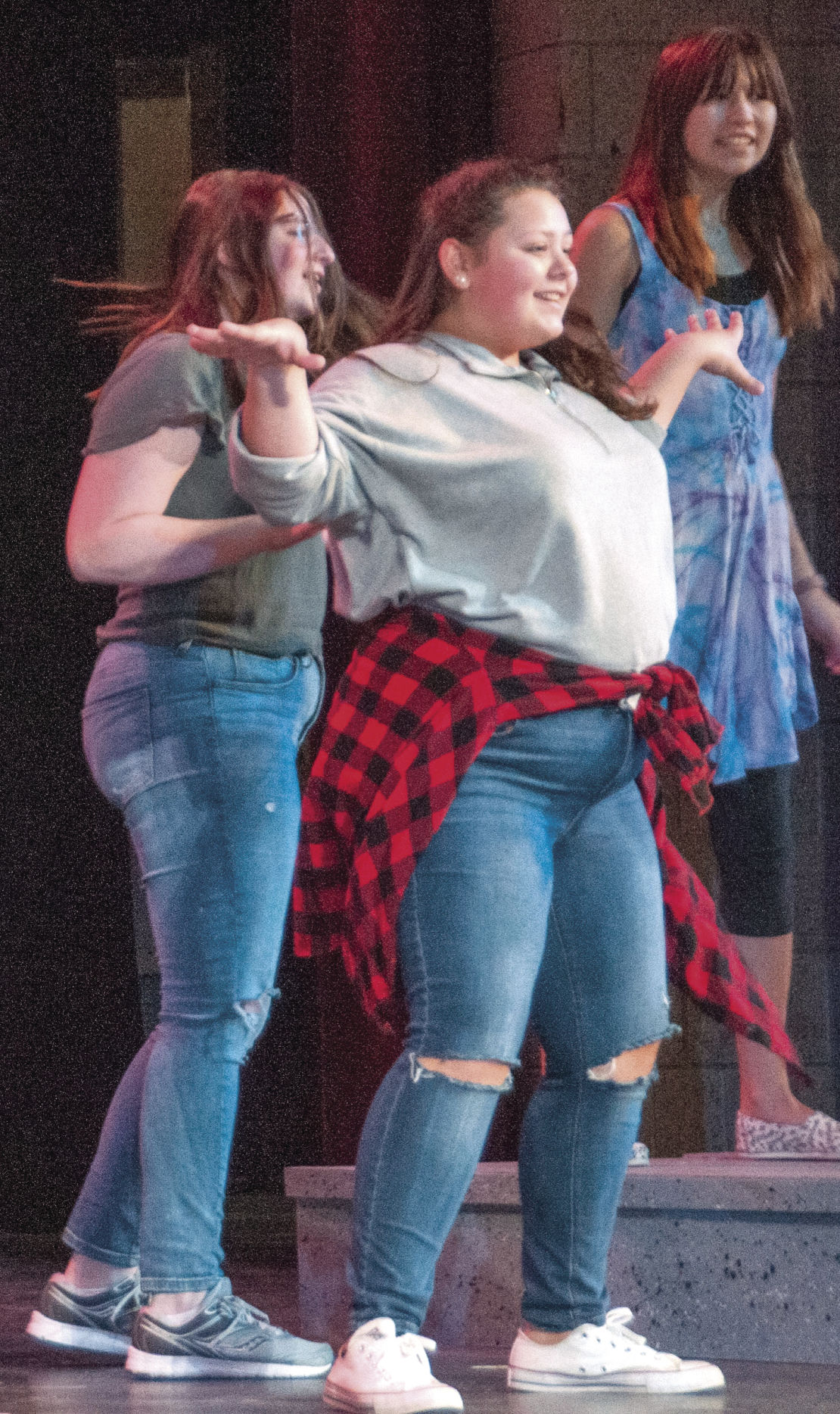 Paige Bautch, who plays Patrice, rehearses the closing number of “Brand New You” on Oct. 17. 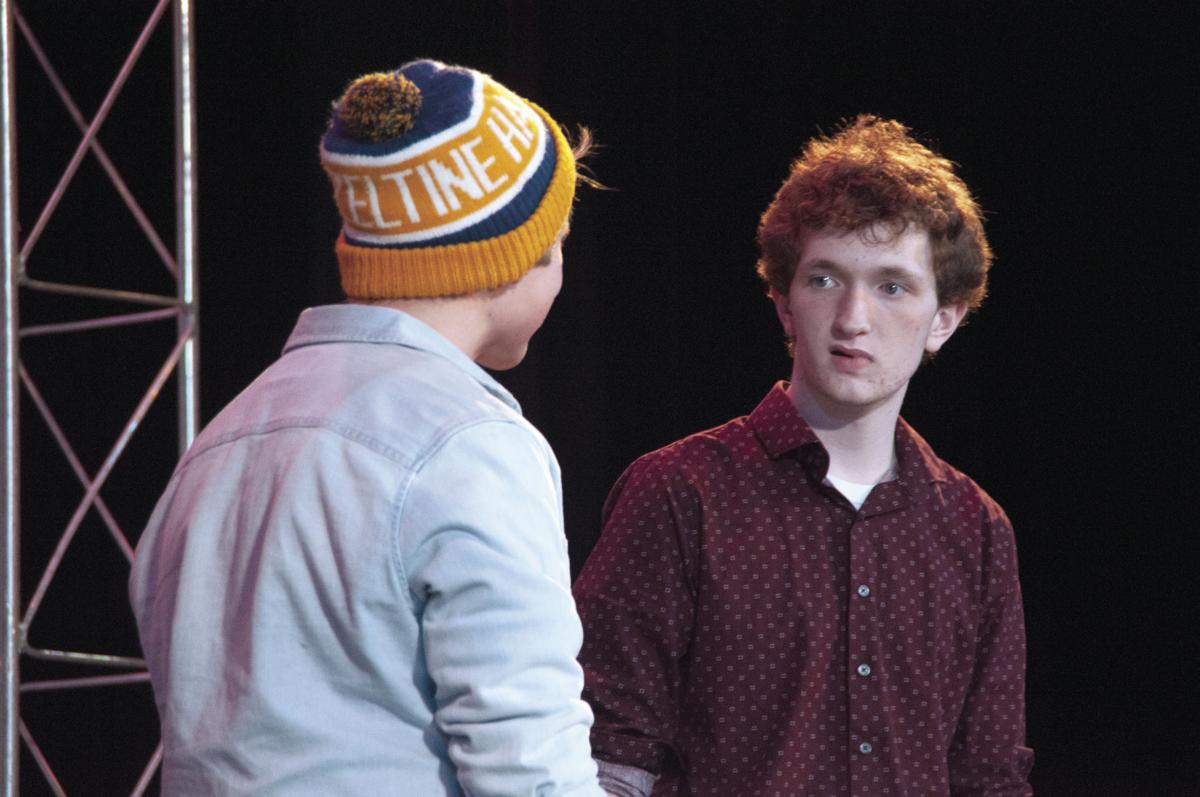 The cast of the Forest Lake Area High School’s production of “13” rehearse the song “A Little More Homework” on Thursday, Oct. 17. “13” will open at the high school auditorium on this issue’s cover date, Oct. 24.

Paige Bautch, who plays Patrice, rehearses the closing number of “Brand New You” on Oct. 17.

Being 13 is tricky, and this week, the Forest Lake Area High School theater department will illustrate why in its fall musical production of “13.”

The modern musical, written and composed by Jason Robert Brown, is based on the book of the same name by Brown and Dan Elish. It focuses on the life of the Jewish preteen Evan, who moves from New York City to Appleton, Indiana, following his parents’ divorce. As the new kid on the block with an impending bar mitzvah celebration, Evan goes about trying to make friends, especially popular friends, to attend his bar mitzvah.

“Part of the reason we chose the show is because it has that modern feel,” director Tim Newcomb said. “I think kids relate to that a little better. We just thought this would fit our performers.”

Sophomore Noah Roth, who plays Evan, says the story is relatable for everyone but has been especially so for the actors.

Characters Patrice and Archie befriend Evan, but as the unpopular kids, Evan makes a deal that he will be friends with them in secret while pursuing being friends with the popular kids. As he does so, he hurts people along the way.

“He low-key uses people,” said senior Ethan Willcocks, who plays the role of Archie, a wise confidante who has muscular dystrophy. “[He] learns that he can’t walk all over people and manipulate everyone, and trying to control everything about a situation will just make things worse for him. There are people who won’t be your friends, and that’s what it is.”

“Finding the balance between not being straight-up mean while being able to make him mean enough was a little challenging,” Roth said.

Sophomore Paige Bautch said she’s been stretched in her performance of Patrice, a nerdy unpopular girl who is serious and mature.

“I’m normally a super loud person. I love yelling and making people laugh,” Bautch said. “With Patrice, she’s the most mature 13-year-old out there. For me, it’s hard to get super serious, because she completely is and I’m just a goofball, but it’s fun to have a change of personality to work with.”

Patrice’s friendship with and interest in Evan is something Bautch says helps her character learn more about herself.

“She learns that if you want to be her friend, you have to act like it and you can’t walk all over her. She learns not to be a push-over,” Bautch said.

While the show is about a 13-year-old, the cast and directors are hopeful audiences will connect to those awkward, hilarious or difficult middle school conundrums.

“It’s very relatable,” Bautch said. “I remember being in middle school, being 13, and all the problems that are going on stage, I definitely had that happen. Yes, I did fight over a boy with somebody. I did sound that stupid.”

“I want [the audience] to think back to when they were 13, and how there are difficult things that 13-year-old kids have to navigate,” Newcomb said. “They’re not mentally prepared for it yet because they haven’t lived long enough and they haven’t gone through it. I hope [the audience] can identify what the junior high and high school students have to deal with today, and think back to when they were that age. ... It’s [about] giving yourself a chance and a little bit of grace and forgiveness when you make mistakes.”

Willcocks added, “We’re all kind of still 13-year-olds at the end of the day — we all have a lot of growing and learning to do.”

Sorry, there are no recent results for popular articles.

Sorry, there are no recent results for popular images.