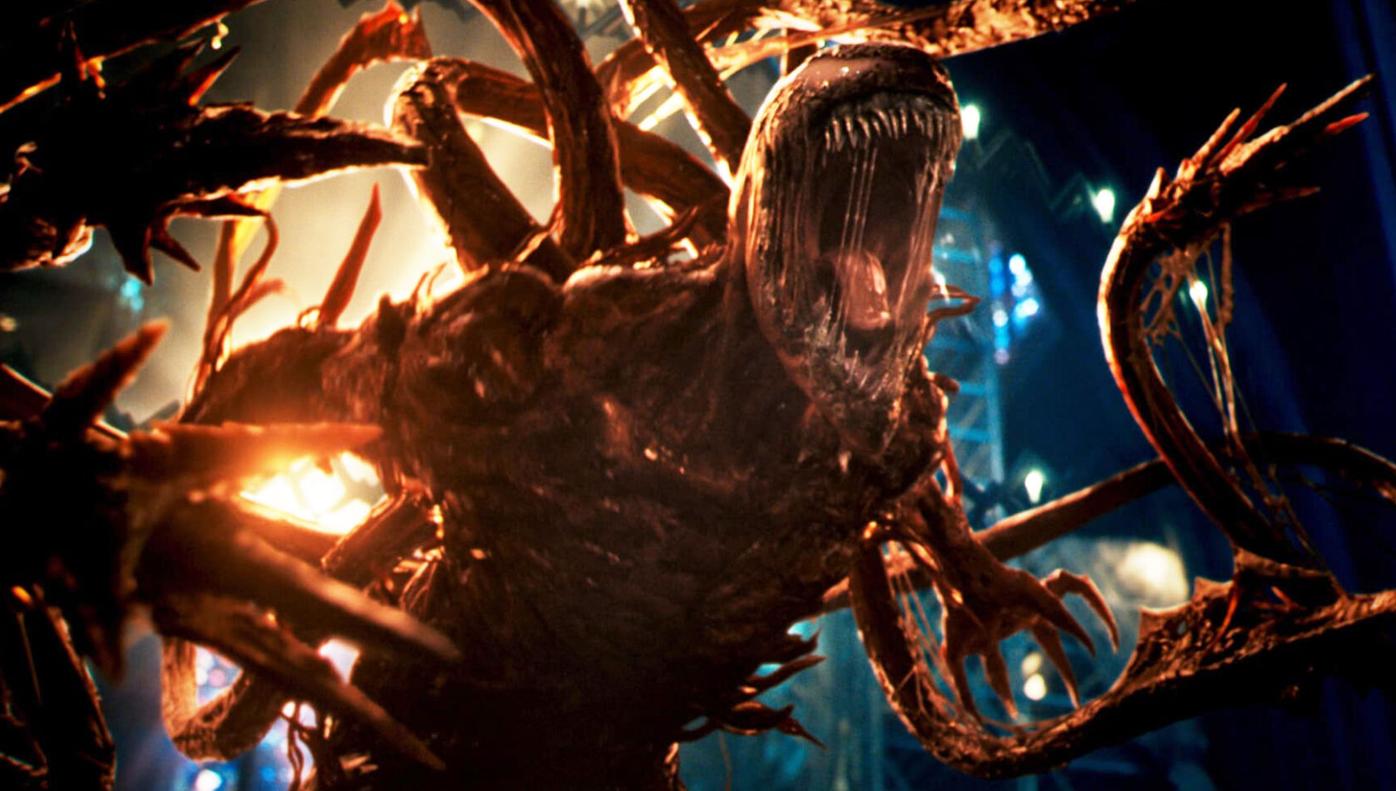 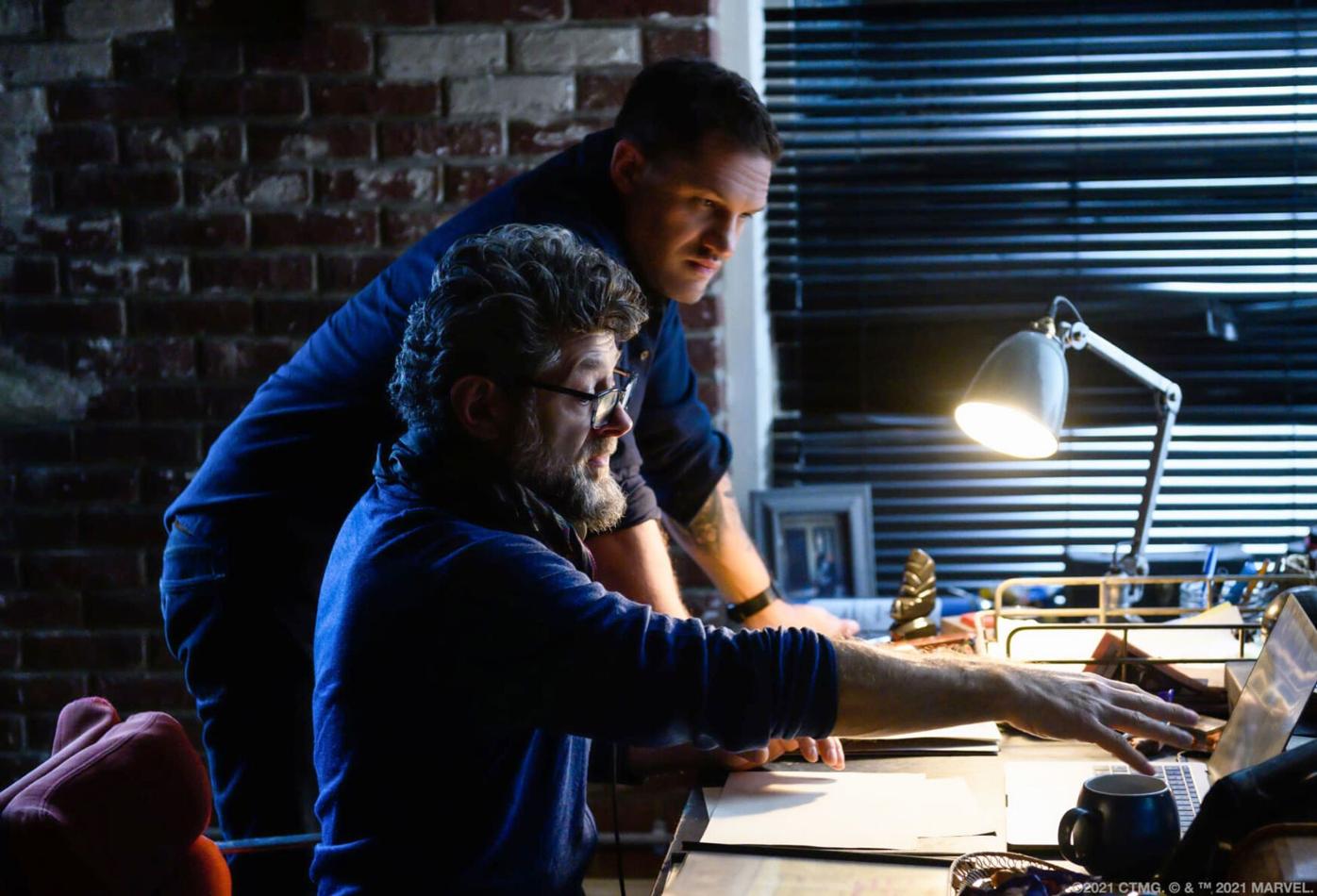 Tom Hardy with director, Andy Serkis, on the set of "Venom: Let there be Carnage"

One of Marvel’s strongest weapons is not the inclusion of lethal characters with cool superpowers, but how it utilizes comedy to elevate a movie from the “meh” level to “that was an all right movie” level, which is where the sequel, “Venom: Let There Be Carnage,” landed with me.

The film was predictable with the classic superhero movie setup that opens with the villain origin story, has some humorous and minor plot events in the middle, only to finish with a predictable, final fighting scene where you cheer for the hero to prevail, which, in most cases, they do.

The second “Venom” is a Sony production, but it is connected to the Spider-Man character and series within the Marvel universe. Although I classify this as a “superhero” movie, it is more of an “anti-villain,” “Deadpool-esque” movie. Meaning, the good guy in the film would normally be the bad guy, but there is a worse guy on the loose that needs to be stopped. Spider-Man must have been too busy fighting in his own movie to save the day this time in New York City.

The villain setup is where you are dropped at the start of this film with the separation of Cletus Kasady (Woody Harrelson) from his girlfriend Shriek (Naomie Harris). A couple decades pass when the movie picks up again. Kasady is a serial killer awaiting his execution date on death row when journalist Eddie Brock (played by Tom Hardy) is invited for an exclusive interview with Kasady,

At this point we have been introduced to Brock and Venom, an alien that lives inside of him. The inner dialogue between the two created a funny dynamic of what I would classify as the trope of an old married couple. Instead of living under one roof, the two live in one body, bickering and contradicting each other at every opportunity. Their partnership was the best and least predictable aspect in the movie for me, but it seemed like their “normal” and quarrelsome life took up the majority of the film.

Their comedic dynamic made up for one of the expected plots within an action movie: the love story. Brock’s love interest, Anne Weying (Michelle Williams), is engaged to another man, and therefore she’s not a focal point within this film. My takeaway from the Venom-Brock relationship is how they replace the role of a classic love interest in a unique and refreshing way that was enjoyable and funny to watch, which overall saved the movie for me. I shamelessly laughed at almost everything they said to one another, I found it simply entertaining to watch.

At one point they “break up,” meaning Venom tries to find a different host, but he inevitably returns to Brock — otherwise the story would end. When they reunite, the action picks up for the classic ending.

There were spurts of action scenes throughout the film: the opening scene, the havoc that Kasady caused to break out of prison, and the end. I don’t expect an action movie to only include fight scenes, but those three acts were about it. The film lacked the “nail-biting” qualities of a great action movie that I could watch multiple times. Yes, it was funny and unique, but the trailer of the film encapsulates all the action within the movie in two minutes.

The final fight was good enough, taking up the last half of the movie, as expected. It was satisfying, but predictable for someone who has seen almost every Marvel and Spider-Man movie to date.

It wasn’t a disappointing film, because I wasn’t anticipating its release. However, it could be viewed that way by someone who was patiently waiting for the sequel. I am excited for the next Spider-Man movie, because Venom hinted at his appearance in it at the end of this movie.

All in all, I have seen much worse, and “Venom: Let There Be Carnage” is just another action movie about a superhero that you can predict the ending for. There was a fun dynamic between Venom and Brock, but it wasn’t engaging enough for me to watch that movie again.