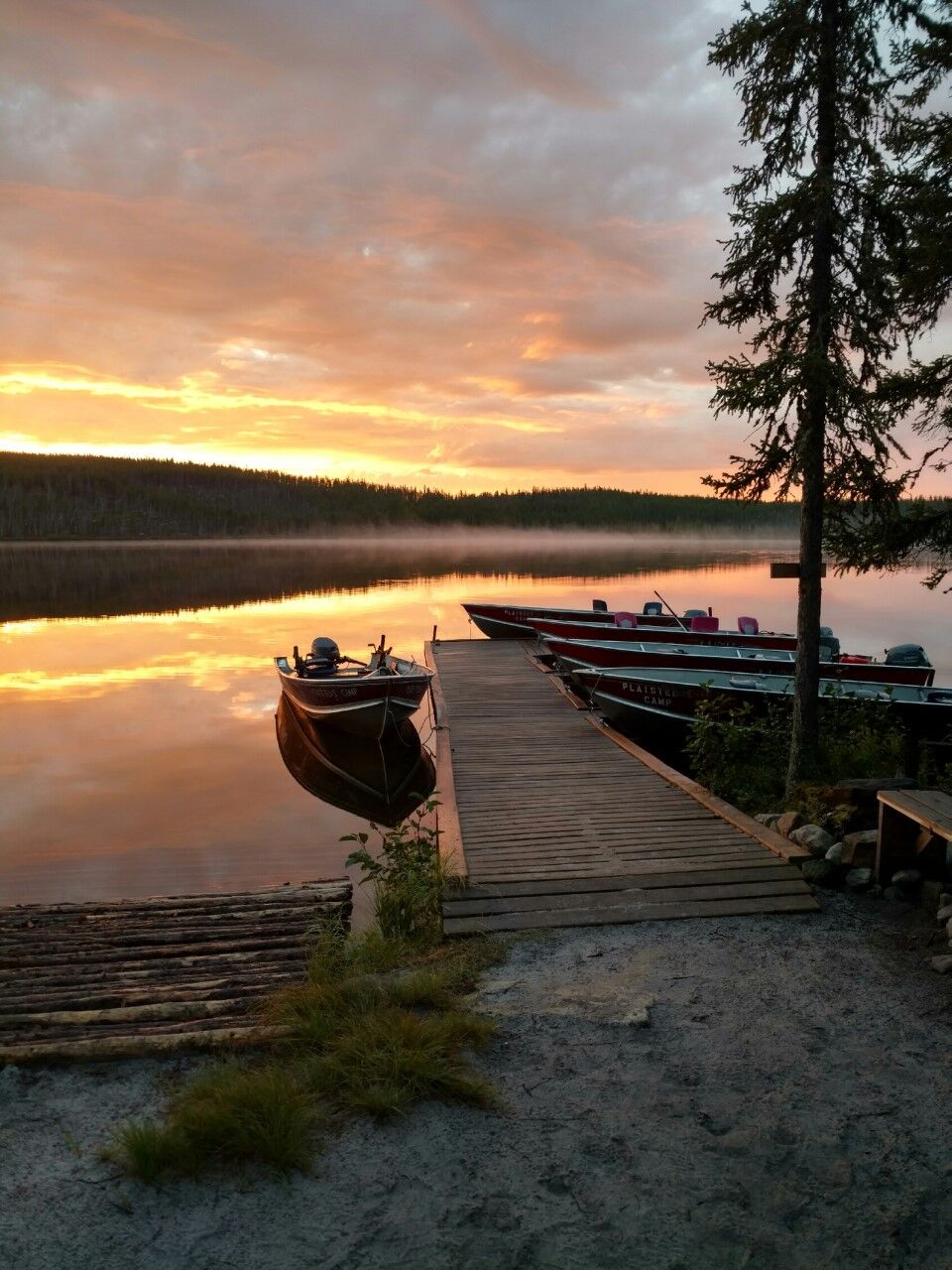 Sunrise at Plaisted Camps on Russell Lake in northern Saskatchewan has taken on a lonely look this year as the camp was closed due to the Canada border closing and COVID-19. 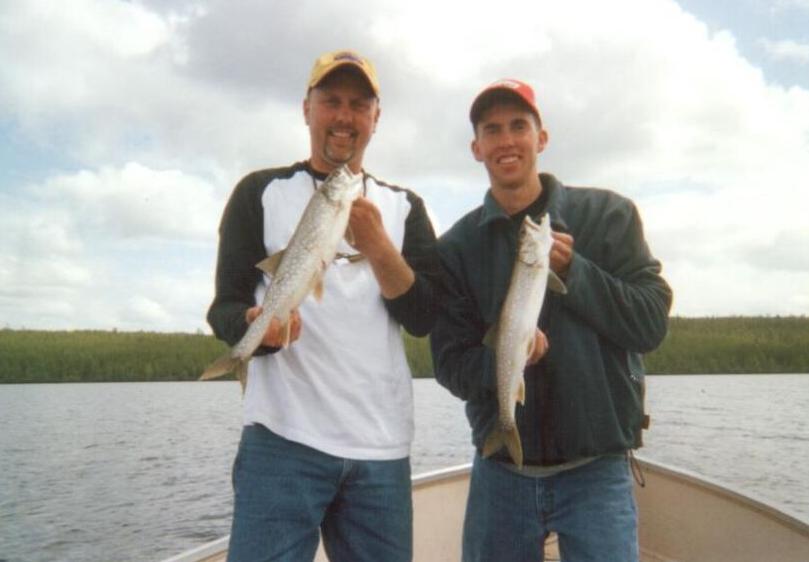 Father Terry Brelje and son Dan display a nice catch of fish on Russell Lake. The Breljes have owned the camp since 2010. 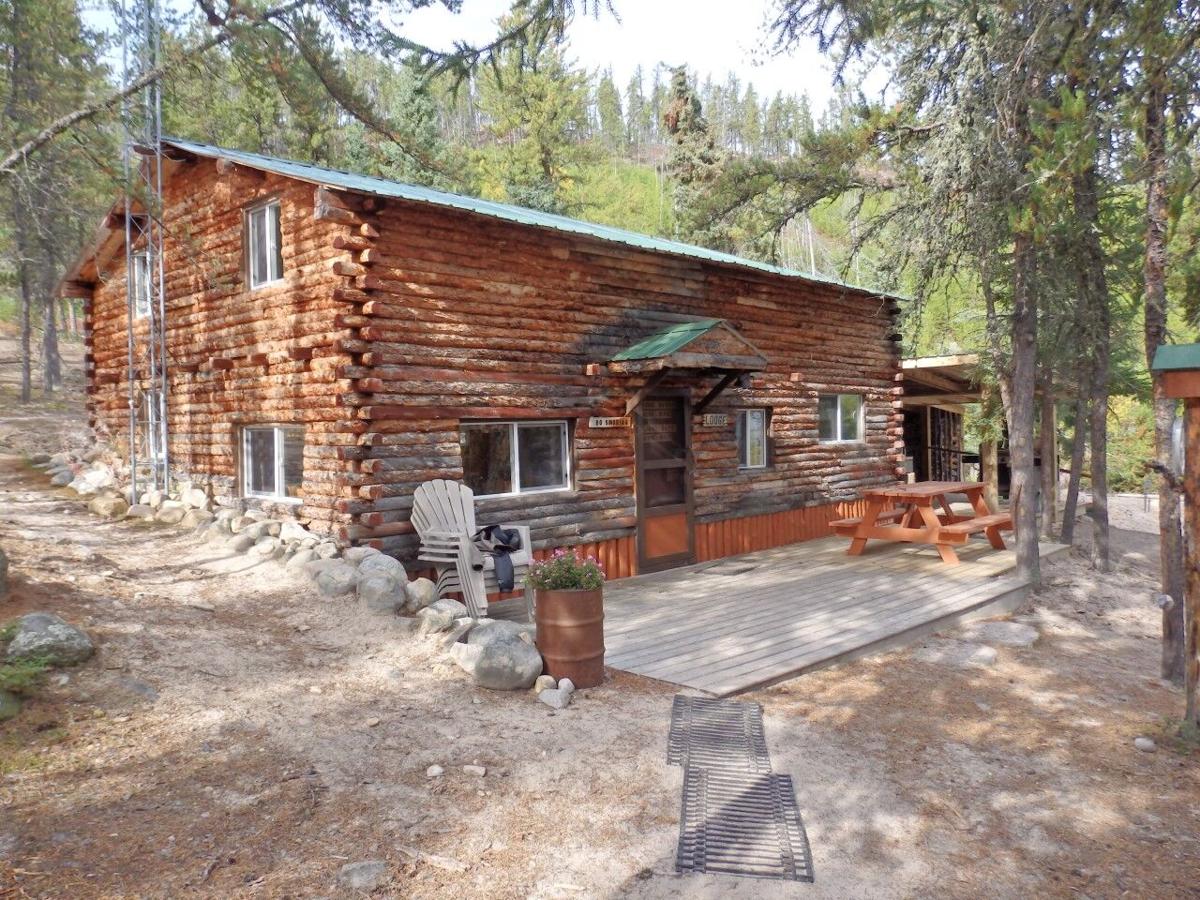 The main lodge at Plaisted Camps provides lodging for camp staff and is the main dining hall for guests.

Sunrise at Plaisted Camps on Russell Lake in northern Saskatchewan has taken on a lonely look this year as the camp was closed due to the Canada border closing and COVID-19.

Father Terry Brelje and son Dan display a nice catch of fish on Russell Lake. The Breljes have owned the camp since 2010.

The main lodge at Plaisted Camps provides lodging for camp staff and is the main dining hall for guests.

On most summer days this time of year, Linwood Township resident Terry Brelje would be packing for the long trip to Saskatchewan to supervise the seasonal closing of his fish camp. But it is not happening this year – not in the year of a pandemic. It’s been a lost season for Plaisted Camps, a fly-in fish camp 165 miles north of one of the last small towns in northern Saskatchewan.

For Brelje, 59, and his son Dan Brelje, 33, the camp manager, it’s been a disappointing 2020, thanks to the COVID-19 outbreak and a Canadian move on March 21 to close its border to the United States. Only essential workers are allowed to cross the border. Visitors who had plans to travel to Canada to fish don’t qualify, Terry Brelje says.

In its 45 years of providing guided fishing opportunities in the wilds of northern Saskatchewan, Plaisted Camps has long counted on visitors from the United States. Terry and his wife Sue purchased the fish camp in 2010 following the death of camp founder Ralph Plaisted. During the 2019 season, Brelje said 95 percent of the camp’s business came from south of the Canadian border. That adds up to a season of lost revenue as the camp has remained shuttered.

When the Canadian government announced in July that the border to the U.S. would remain closed until late in August, Brelje said he had no choice but to accept that the camp would not open in 2020.

It’s been a difficult time for Brelje but in the big picture of the pandemic and hotspots of surging infections in the United States, he fully understands.

“I can’t blame them, if you think about it,” he said, pointing to the low infection rates for coronavirus in Canada and a national commitment to keep the virus from traveling north from the U.S.

Like many Americans, Brelje watched with interest early in the year when the virus began taking hold in the United States. The interest gained a new level with the March 21 announcement that the border would be closed. He remained hopeful that it would be short lived.

“They’ll open it [the border] in time for us to get up there,” Brelje thought. “We’ve got April and May to get ready.” But as additional 30-day closings followed, it became clear in June and July that the season was in peril.

The camp was fully booked for an 11-week season that would run into mid-August. Groups of eight to 10 anglers had made plans to travel to La Ronge, a city of 2,700. From La Ronge, the groups fly the 165 miles north to Russell Lake on the Wheeler River system to fish and enjoy camp life.

The financial blow of a lost season is difficult, Brelje said, but the inability to see old friends again is also disappointing.

“We have many of the same groups of people who come every year,” he says. “It gets to be where you are fishing with your friends.”

For anyone who knew Ralph Plaisted of Linwood Township, his role in such an operation 1,270 miles from Forest Lake is not surprising. He was an outdoorsman and adventurer who could easily have been an explorer or trapper in an earlier pioneer life.

Plaisted gained international fame in April of 1968 when he led what is widely recognized as the first surface crossing of the ice to the North Pole by snowmobile. A native of Bruno in Pine County, Plaisted quit school in the 10th grade, joined the Navy at 16 and served during the final years of World War II. After the war, he started a successful insurance agency in St. Paul and added to his living with multiple speaking appearances retelling the ice cap crossing story.

It was his hankering to enjoy the outdoors that led to what became Plaisted Camps. Two years after the ice crossing to the North Pole, Plaisted and his wife Riki dreamed up a plan to spend a year in the wilds of Saskatchewan. After a year of planning and finding land to claim on Russell Lake in the fall of 1970, the Plaisted family (daughters Taffy and Lesle) and three friends, arrived in May of 1971 and stayed for the next year. A large cabin and outbuildings were constructed during the short summer.

The year went fast and in 1972 the adventure ended as the family returned to Minnesota in late summer. But the Plaisteds kept going back to Russell Lake and they found plenty of friends and friends of friends who wanted to fish the wilds of Saskatchewan where northern pike, walleye, grayling and lake trout were plentiful.

As the idea of a fly-in fishing business grew, so did Plaisted Camp. More cabins were built and by 1975 the business was up and running. As the 1970s closed, Plaisted was no longer selling insurance.

It was as a friend of a friend that Brelje got a chance to visit the camp for the first time in 1999. Rarely had openings come up and when Brelje was asked to take part he quickly said yes.

He had been in the community for just over two decades by 1999. He arrived in Forest Lake in 1978 fresh out of Hutchinson High School. The Jahnke family of Hutchinson owned a grocery store where Brelje had worked during high school. When the family opened a store at the Lake Shoppes in Forest Lake, Brelje came, too.

“I had a job and I knew I was going to go to school,” he said. He worked nights at the supermarket and took day classes at Anoka Tech and Lakewood Community College. It was a life determining move for Brelje. It was at the store where he met his wife to be, Sue Beattie, a bakery employee. They were married in 1984 and son Dan, and daughter Andrea followed.

He was quick to make friends in Forest Lake and it was with Kelly Becker and Ron Lasiuta that CU Recovery in Wyoming came to be. The business was launched in 1990 and today has more than 90 employees doing business in all 50 states for more than 90 collection departments and 2,500 credit unions. The business is a full-service collection agency managing non-performing and charged-off loans.

By 2010, the Breljes were the owners of the fish camp. It was 2014 when Brelje, eager for a new adventure in life, sold his interest in CU Recovery.

In the decade leading up to buying the camp, Brelje would take trips to Russell Lake every other year.

“I got to know Ralph through the camp,” Brelje said. It was a fast friendship and the two would meet regularly when Plaisted wasn’t in Saskatchewan. They would have lunch and both ice fished on Green Lake, not far from where Terry and Sue were living in Chisago City.

As Dan Brelje graduated from Chisago Lakes High School in 2005, Terry said Plaisted called telling him he had two camp openings and he should bring Dan. It seemed like an expensive graduation present, Brelje thought. Plaisted’s retort was gruff and to the point.

“‘You take care of yourself,” Plaisted said, “I’ll take care of the kid!”’ The Breljes went and Dan was hooked.

The younger Brelje was off to Black Hills State University in Spearfish, South Dakota, but had found a perfect summer job at the camp. He quickly learned the fishing gig and was hired by Plaisted to run a boat in 2007. He was back working at Russell Lake in 2008 when Plaisted died suddenly on Sept. 8. The camp, which had been led by Plaisted’s daughter, Lesle Tobkin, was closed in 2009 as the family weighed what to do with their father’s dream. (Ralph’s wife passed in 1998.)

When Brelje expressed interest in buying the business, the Plaisted estate moved to sell to the Breljes.

It is clear the camp will remain in the Brelje family for the foreseeable future. When the camp reopened in 2010, Dan Brelje was installed as manager. Terry and Sue remain majority owners of the camp but have been gradually moving shares to their son.

“I’m just going to do this,” Brelje recalled of the decision to buy the fishing camp. “I thought it would be a really good opportunity for us. I enjoyed going there as a guest. I loved the solitude.”

Little has changed in the way Dan Brelje operates the camp.

“We do pretty much the same program that Ralph did,” Terry Brelje said. “Every building is original.”

But it is a lot of work for a short season. Planning for the season begins seven weeks before the first guests arrive. The average ice-out is May 26 and by late September and early October, snow and ice-in are expected. Most of September is spent buttoning up the camp for winter.

Getting it open in the spring is a task. A narrow gravel road that cuts through a uranium ore mine ends 11 miles from the camp. Weather and road conditions mean it can take up to 12 hours to haul a 14-foot trailer packed with supplies.

From the end of the road, a pontoon flat boat transports 35 55-gallon drums of premium gasoline, food and supplies to serve guests and staff for 12 weeks. Perishable items are delivered weekly; all guests fly in to Russell Lake. Batteries, solar panels and a generator are utilized to provide heat, lights and power.

Guests can expect to catch fish and eat fish, Brelje says. But the menu is far from fish alone. Dinners of steak, pork and chicken come with all the sides. A generous breakfast is served. Anglers will enjoy a shore lunch of fried fish before returning to camp.

As his father did many years ago, Dan Brelje also met his future wife at work. Dan hired Canadian Morgan Deopker as a guide and to run a boat. They hit it off and will be married in 2021. They are locked down in Canada because of the virus. Dan is planning to secure a residency permit from the government that will give him all rights of a citizen of Canada except voting.

For now, the Breljes on this side of the border are sitting tight, too. The usual one week camp vacation for Sue and Andrea won’t happen. Sue and Terry, as empty-nesters, have downsized to a smaller home in Linwood, just a mile from the Linwood home where Plaisted spent his final years.