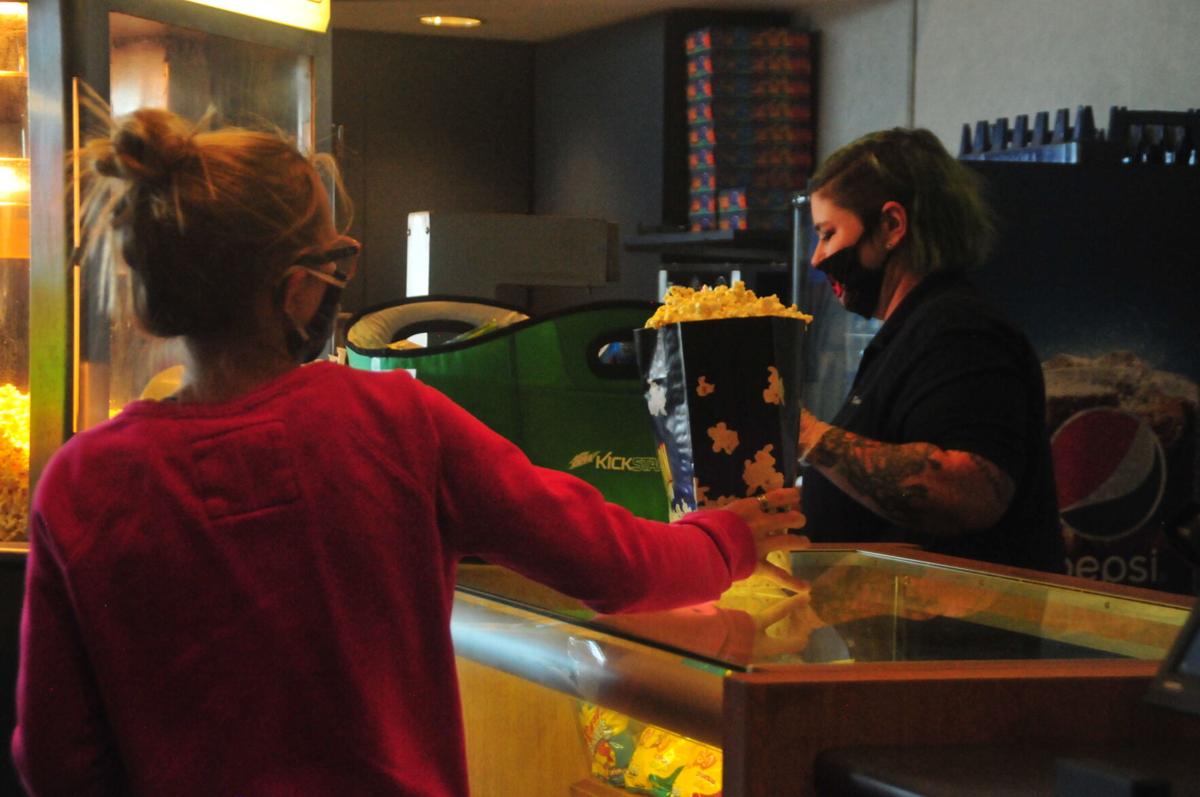 Kelly Ward sells popcorn to a movie viewer on Friday, Sept. 4. Lake 5 Movie Theater in Forest Lake opened for the first time since the pandemic on Friday. 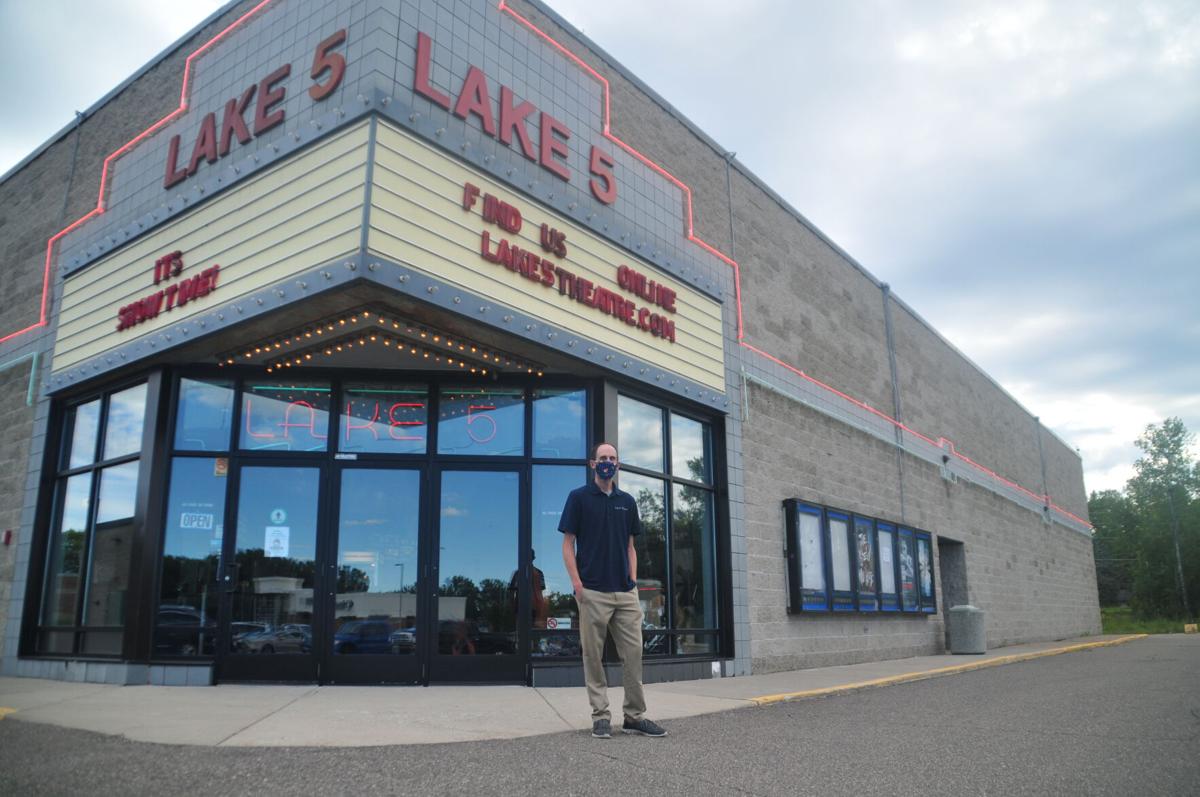 Kelly Ward sells popcorn to a movie viewer on Friday, Sept. 4. Lake 5 Movie Theater in Forest Lake opened for the first time since the pandemic on Friday.

Nearly six months since the last film screening shown at the Lake 5 movie theater in Forest Lake, the theater has reopened for business.

“It’s nice to be back open,” owner Shane Martin said. “We know we’ll crawl before we walk before we run, so it’s kind of a trial period right now. We’re bracing for several slow months, but hopefully when the holiday season hits is when film studios will start releasing movies again.”

While movie theaters have been allowed to be open since mid-June in Minnesota, the entertainment industry has been at a standstill, pushing back film release dates or moving them to online streaming only, and that means that movie theaters don’t have new products to bring in the customers. With the recent theatrical releases of “Tenet,” “The New Mutants,” “Unhinged,” and “Bill & Ted Face the Music,” Martin finally felt like he had movies to reopen with.

“I can tell you we had three or four different reopening dates planned, and every time we’d get close, the studios would pull films,” Martin said.

Blockbuster films like “Wonder Woman 1984” and “Mulan” were among those films that saw a continued pushing back of release date; “Wonder Woman 1984” is currently unscheduled, but Martin says it’ll likely be 2021. In July, Disney announced “Mulan” would go direct to customers through Disney+ streaming service.

“That was a big dagger in the heart,” Martin said. “It was just watching the dominoes fall one by one.”

Martin said he’s been working to adapt to the COVID-19 pandemic with new technology, like the purchase of a new point-of-sale ticketing system that reserves seats, and updated safety protocols, including the addition of hand sanitizing stations, minimizing customer and employee contact, and a careful approach to scheduling so there aren’t crowds in the lobby and there’s time to sanitize each used theater seat. But all those changes have come with new sets of challenges, such as not having lighted numbers on the seats to indicate a customer’s correct seat placement.

The financial implications, he said, are serious, but he’s just taking one day at a time.

“It’s a day at a time, working with landlords and mortgage companies, making sure that we can pay our bills and trying to find loan programs available,” Martin said. “[I’m] wondering what the industry’s going to look like at the other end of this. We have no idea, but we’re trying to get some semblance of business and normalcy.”

The reopening is filled with both gratefulness and apprehension, Martin said — most of the apprehension coming from concerns over trying to prevent a case outbreak.

“It takes one case somewhere in some theater in some state and we’re all back shut down again. It’s hard. We’re doing our best to keep the space clean and socially distant to try to prevent that one case, but you know it’s going to come,” he said.

“We’re here, we’re open, we made it to a reopening point, so we’re optimistic. We know it’s going to be a slow crawl back to blockbuster seasons and crowds again. We’re prepared for it, but there’s a lot of pressure, for sure,” Martin said.