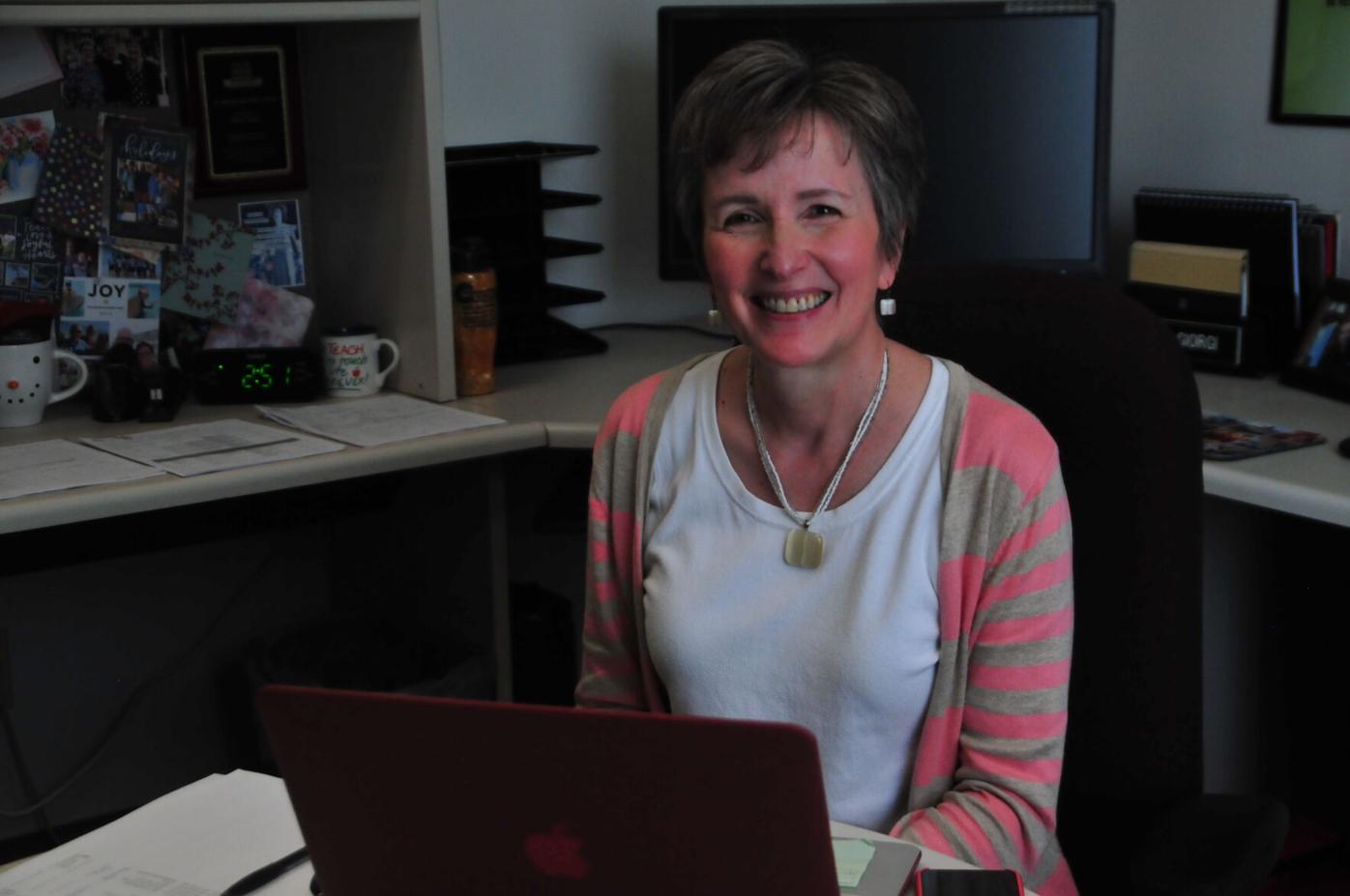 Diane Giorgi, director of teaching and learning for the Forest Lake Area School District, will retire this June. 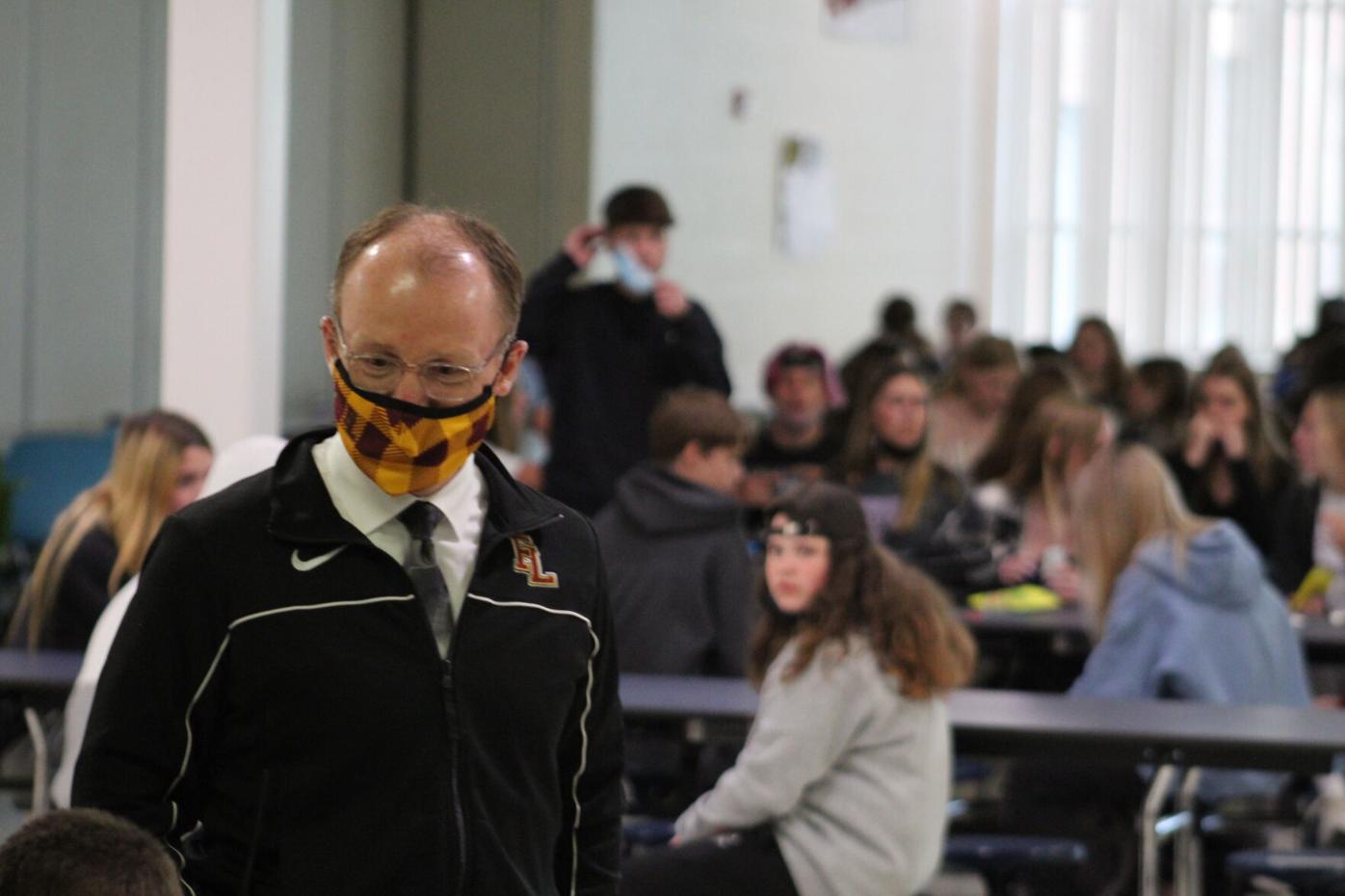 J.P. Jacobson has been in the Forest Lake Area School District for the past six years and will take over as director of teaching and learning in July.

Diane Giorgi, director of teaching and learning for the Forest Lake Area School District, will retire this June.

J.P. Jacobson has been in the Forest Lake Area School District for the past six years and will take over as director of teaching and learning in July.

Whether it be welcoming STEM programs into the district or teaching at Linwood Elementary for 12 years, Diane Giorgi has impacted the Forest Lake area community throughout her 37 years of service.

Now the director of teaching and learning has announced her retirement at the end of this school year.

John-Paul Jacobson has been in the district for the last six years and will move on from Forest Lake Area Middle School as he becomes the new director of teaching and learning for the Forest Lake Area School District.

As a native of International Falls, Giorgi knew that she would need to move elsewhere for school and work. So Giorgi attended the Concordia College in Moorhead, where she obtained her degree in elementary education.

Leaving school, Giorgi was looking for work when she sent a letter to Linwood Elementary School, which had an opening. Giorgi went to the school at the end of August 1984, and after her interview, she was offered the position.

“At that time, of course, it was you put the stamp on the envelope and send it off and wait to see if you hear anything,” Giorgi said. “It was about three days before school was starting that I got this position. I had gone pretty much all summer long waiting for some kind of hiring opportunity.”

Giorgi’s last-minute hiring turned into 12 years as a fourth grade teacher at Linwood before transitioning into a technology specialist position at the school, a position she held for 14 years.

“When I was in the technology role, it was just about the time that our educators started getting interested in STEM,” Giorgi said.

Giorgi helped lead the committee that explored STEM and even coordinated bringing teachers to different schools around the district who were focusing on STEM so that they could see it in action.

From the technology specialist position, Giorgi transitioned to the district’s director of teaching and learning. Working with groups from all departments in the district, all grade levels in the districts, and even specialty groups, Giorgi and her team make sure that the curriculum being taught meets the standards required by the state.

While many this year have announced their retirements due to the pandemic, this was always the plan for Giorgi.

“This was pretty much the plan all along,” she said. “COVID certainly presented a challenge, but as I said, our teacher team was awesome, our administrative team was awesome; I wouldn’t have wanted to be anywhere else other than here supporting that work. So really [retirement] had to do with me and my gray hair.”

No matter what position she has been in with the district, Giorgi has always felt the school district has one goal: putting students first.

“Forest Lake Area Schools has put students first in really every discussion we’ve had, every decision made,” she said. “We do everything we can to make sure we have learning experiences available to meet the needs of every student. I think that’s it; our students come first.”

“I have so much respect for Diane Giorgi,” Jacobson said. “She is a talented educational leader; she always has the best interest of students and teachers in mind in everything she does. She’s forward-thinking. You know I’ve learned quite a bit from working with her and would like to continue to do a lot of the work that she’s already doing.”

Jacobson is not shy about tackling any challenge. With the Forest Lake Area School District, he spent time as the principal of two junior highs before they merged into one middle school.

At Forest Lake Area Middle School, Jacobson has worked to restructure the curriculum to ensure students experience career paths that they otherwise would have never had the opportunity to participate in.

Jacobson, however, doesn’t want to take credit for this work. Instead, he gives credit to the teachers and parents who sat with him in the school’s media center, helping create their vision before the school opened.

The impact that Jacobson has made on families and staff at Forest Lake Area Middle School was felt beyond the classroom as he made an effort to engage students in more than just learning.

“Watching our students do a service-learning project where we fundraised and made almost 5,000 meals at school for Minnesota homeless families,” he said. “Watching the number of kids that we had working in teams … all of them were working hard and were bought into what they were doing.

“The learning around civic-mindedness that went into that — that was something to behold.”

Forest Lake Area Middle School staff planted a tree, partially to thank Jacobson for his time spent at the building, but he knows he wouldn’t have been able to do any of it without them.

“I am humbled,” Jacobson said. “I would like to put as much, if not more, focus on the tree representing the challenging year this staff and group of students have had. Everyone here has created a long list of things they have done for the first time, and in the majority of the cases have been successful. This only comes through perseverance and focus. That tree represents those successes and how a school community like this one can accomplish whatever it sets its collective minds to.”

Jacobson will now prepare for his first day in his new position on July 1. He will work to continue the legacy that Giorgi has created in her many years of service.

While Jacobson works to fill Giorgi’s position, she will enjoy her first day of retirement the only way she knows how, by helping her daughter move to Columbus, Ohio.

“That will be our first vacation on retirement,” Giorgi said. “A week-and-a-half in a U-Haul and unpacking boxes.”