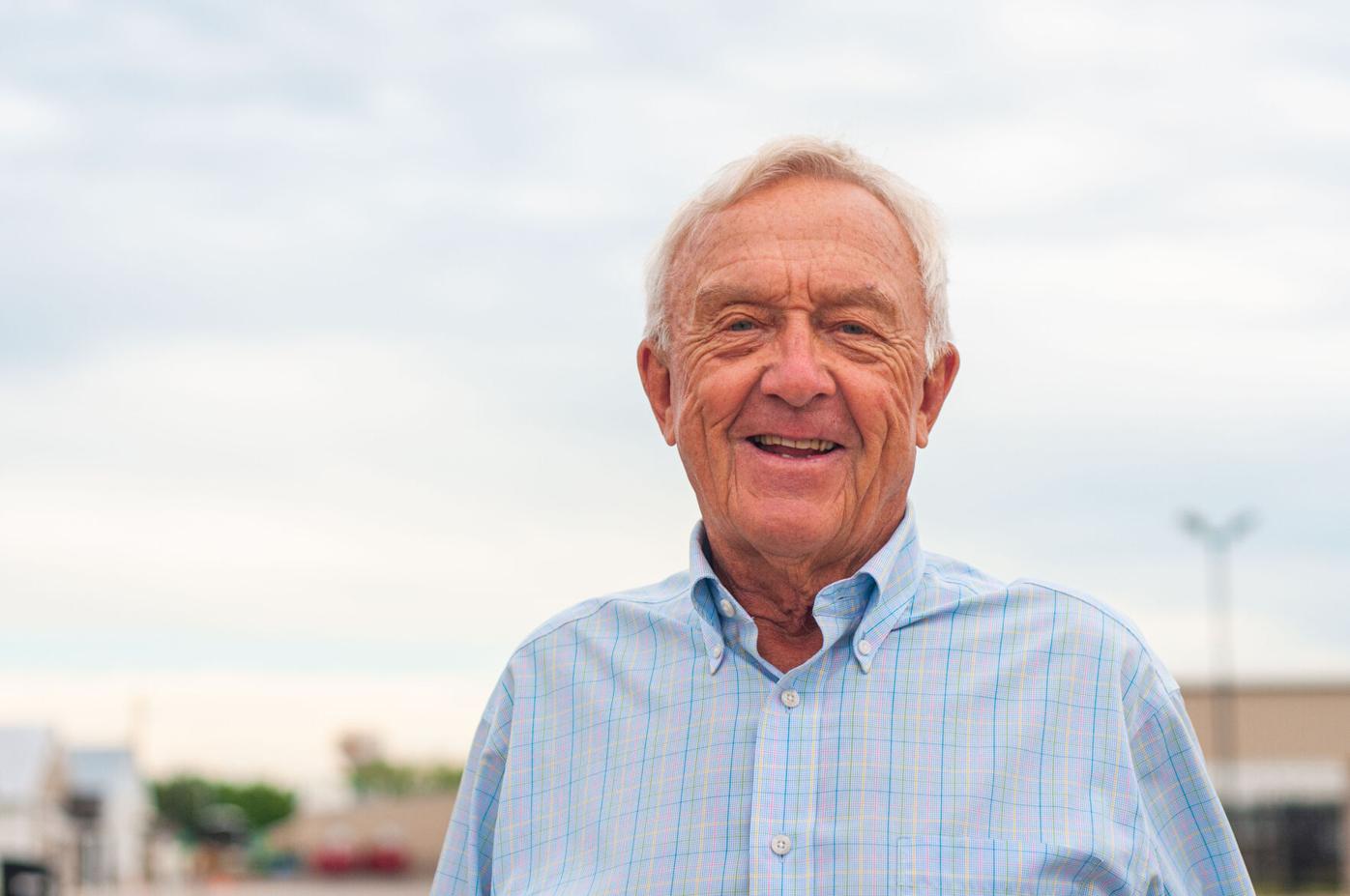 Gene Hallberg, owner of Hallberg Marine and founder of the Hallberg Family Foundation, will lead this year’s Independence Day parade as the grand marshal. 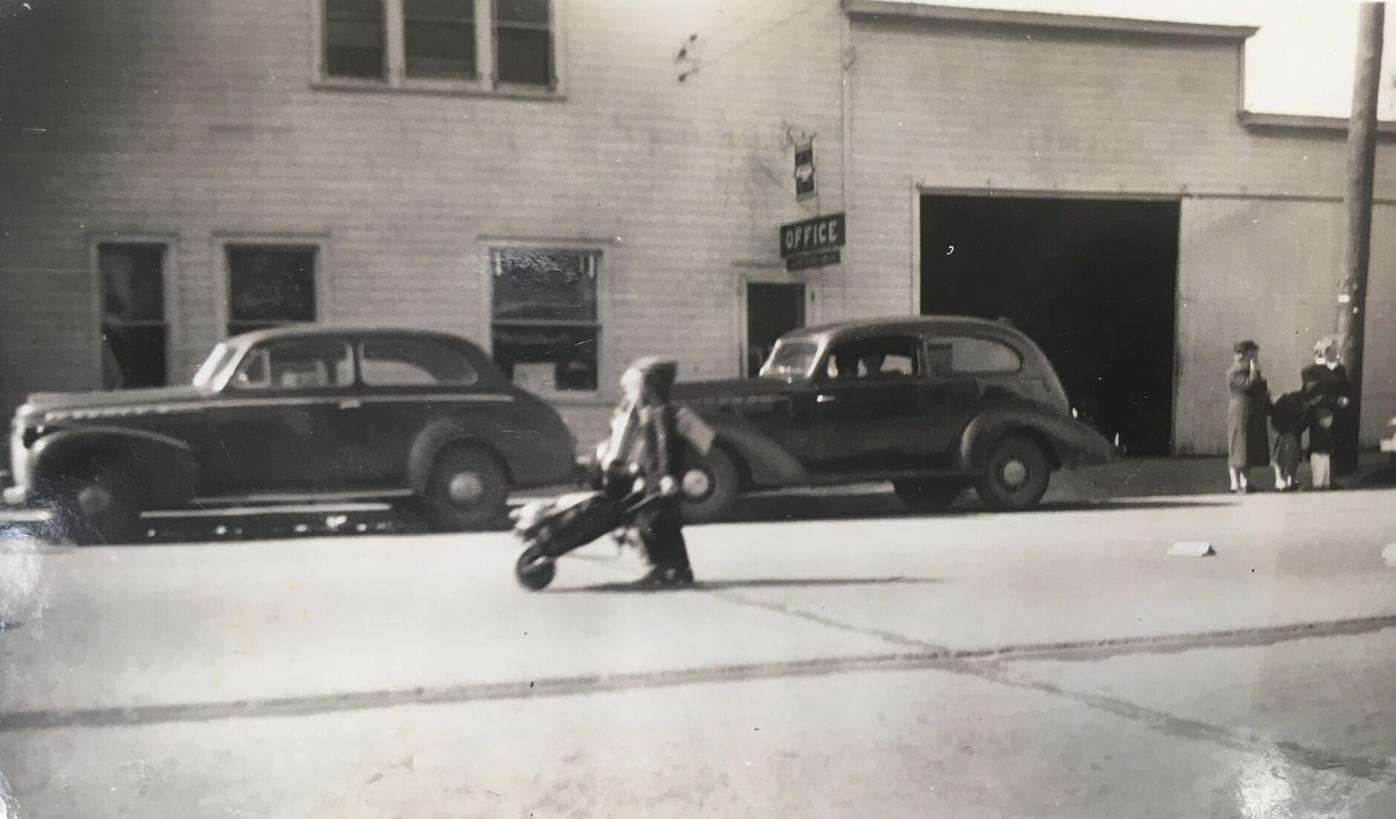 Gene Hallberg pushes a wheelbarrow in the parade in 1941. Hallberg has participated in many Forest Lake Independence Day parades, including as a trumpet player in the marching band, as a business owner in a float, or as a driver for other entries. 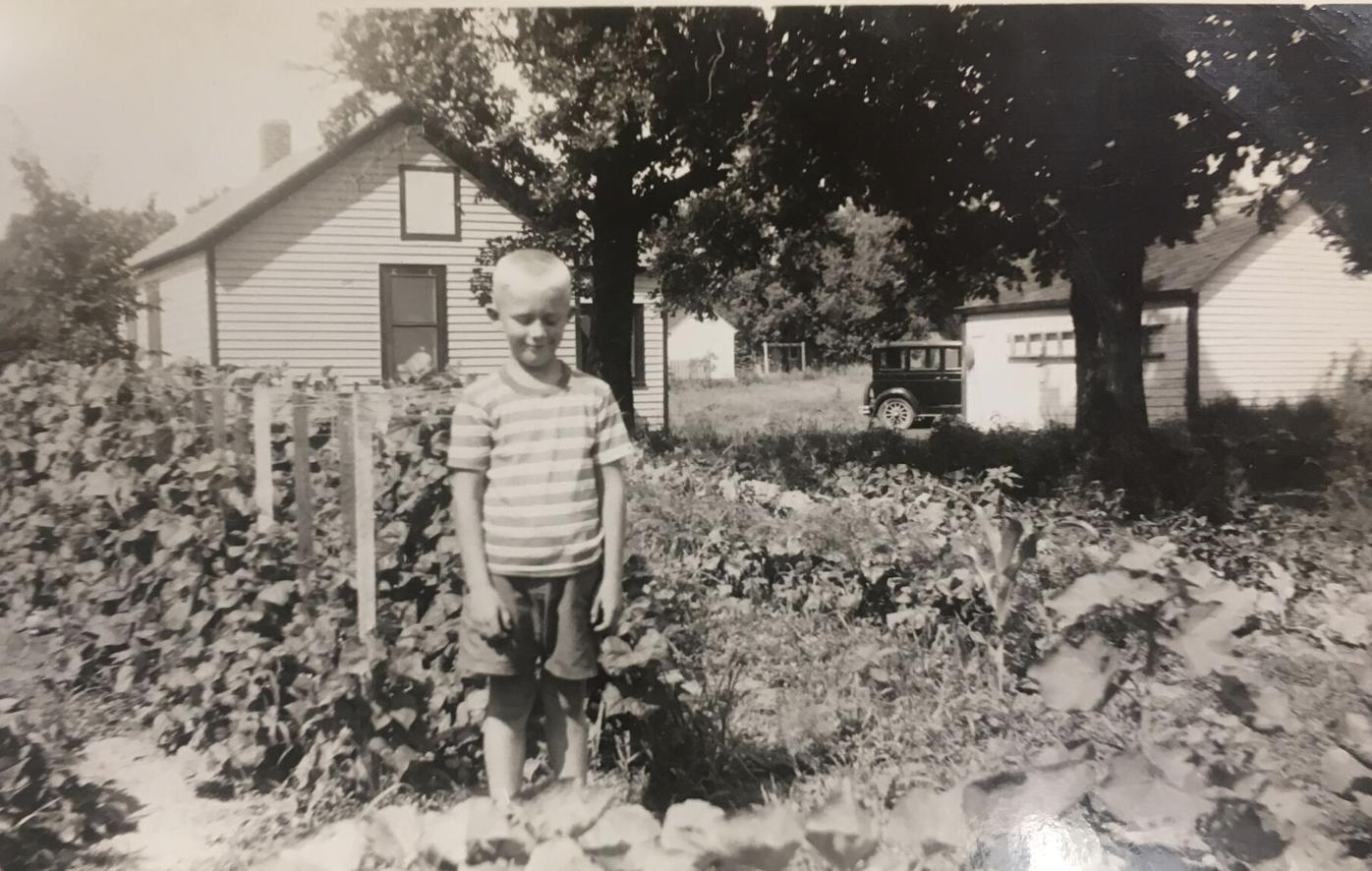 Gene Hallberg stands amidst his tomatoes he grew to sell as a young child.

Gene Hallberg, owner of Hallberg Marine and founder of the Hallberg Family Foundation, will lead this year’s Independence Day parade as the grand marshal.

Gene Hallberg pushes a wheelbarrow in the parade in 1941. Hallberg has participated in many Forest Lake Independence Day parades, including as a trumpet player in the marching band, as a business owner in a float, or as a driver for other entries.

Gene Hallberg stands amidst his tomatoes he grew to sell as a young child.

Local business owner was selected for his philanthropy and community involvement

Gene Hallberg has spent many Fourth of Julys in Forest Lake either in or at the annual parade. The first that he can remember was in 1941 at the age of almost 6, when he pushed a wheelbarrow down the parade route. He marched down Broadway Avenue, playing his trumpet under the direction of Forest Lake’s famed music teacher Rollie Nelson, just a couple blocks from his childhood home in the 1950s. He’s driven many cars carrying other parade royalty and has also been in other floats.

This year he’ll be the grand marshal of the parade, leading the route in his 1983 Buick Riviera convertible.

Hallberg, who turns 86 shortly after July 4, has spent the majority of his life living in Forest Lake after his father, Clint, moved the family there in 1940. The son of a Pontiac & GMC dealership owner, Gene had the family knack for business and had an entrepreneurial spirit even as a young child. He sold tomatoes he grew himself as a child, and at age 16 he began a lawn mowing service for which Gene oversaw three employees and served over 100 clients. Clint sold the car dealership in 1951, but the business owners went bankrupt, and in 1953 Clint bought back his business. During Gene’s senior year of high school, his dad asked if he wanted to join the company and work for him instead of going to college like he had planned.

“I decided I’ll work with my dad and never turned back,” Gene said.

Gene Hallberg turned 18 during the Korean War, a time when the draft was instituted. When recruiters came to the school during his senior year, he decided to join the Navy.

“I’d have a choice in what I wanted to do,” he said about that decision.

Hoping to go into bookkeeping, he ended up doing more radio technical training. The war ended soon after Hallberg began in the Navy, so he never was deployed. He did, however, remain in the Reserves, attending regular required meetings  and participating in a two-week training course each year throughout his eight years in the Reserves. Meanwhile, he was working at the dealership and soon was working on his own business plans.

In 1959, he added to his dad’s revenue stream with what he saw as a good business opportunity: boats. In 1957, Gene had about 20 pontoon boats built locally, which began what became National Pontoons. He also purchased other boats and set up a rental operation in Forest Lake and Clear Lake, Iowa. Then in 1958, Hallberg noticed a local boat dealership was closing, and convinced his father to buy all the inventory, and by 1959, boats were being sold: thus came Hallberg Marine. Hallberg has also sold snowmobiles, added storage and rental properties to the business, and he has dabbled in other areas of business, too.

But Hallberg hasn’t been only about entrepreneurship: He’s also been about philanthropy. In 2000, he began the Hallberg Foundation, using funds from the business’s profits to give money back to the community. It’s now also funded by family contributions, profits from stocks, and Hallberg’s own retirement money. Hallberg said it’s important to him to give back to the community, via scholarships each year to local high school students, donations to the performing arts or athletics, or to the purchase and funding of the Hallberg Center for the Arts, a home for the Wyoming Area Creative Arts Center, and other local grants to other local organizations such as churches or cities.

“That’s what life is all about. It’s nice to make a good living, but I find more enjoyment in what we’re able to give back than what we keep for ourselves,” Hallberg said.

The community philanthropy is the main reason Jerry Peltier, a member of the Forest Lake American Legion Post 225’s Fourth of July planning committee, nominated Hallberg to lead this year’s parade as the grand marshal. He said that Hallberg is humble about his contributions to the community, and he wanted to give Hallberg the recognition he felt was deserved to him.

“As a friend, there’ve been many times when credit due to him was withheld. He’d step back and say ‘That’s all right.’ It was time for him to be recognized,” Peltier said.

Hallberg said that over the last 21 years since the foundation began, one of his favorite parts of the foundation is giving away the scholarships. Helping people in the Forest Lake area and the people in it is what he says he loves.

“It’s been a great place to live,” he said. “I’ve enjoyed it. I like when our family can help do things to make a better area to live in.”