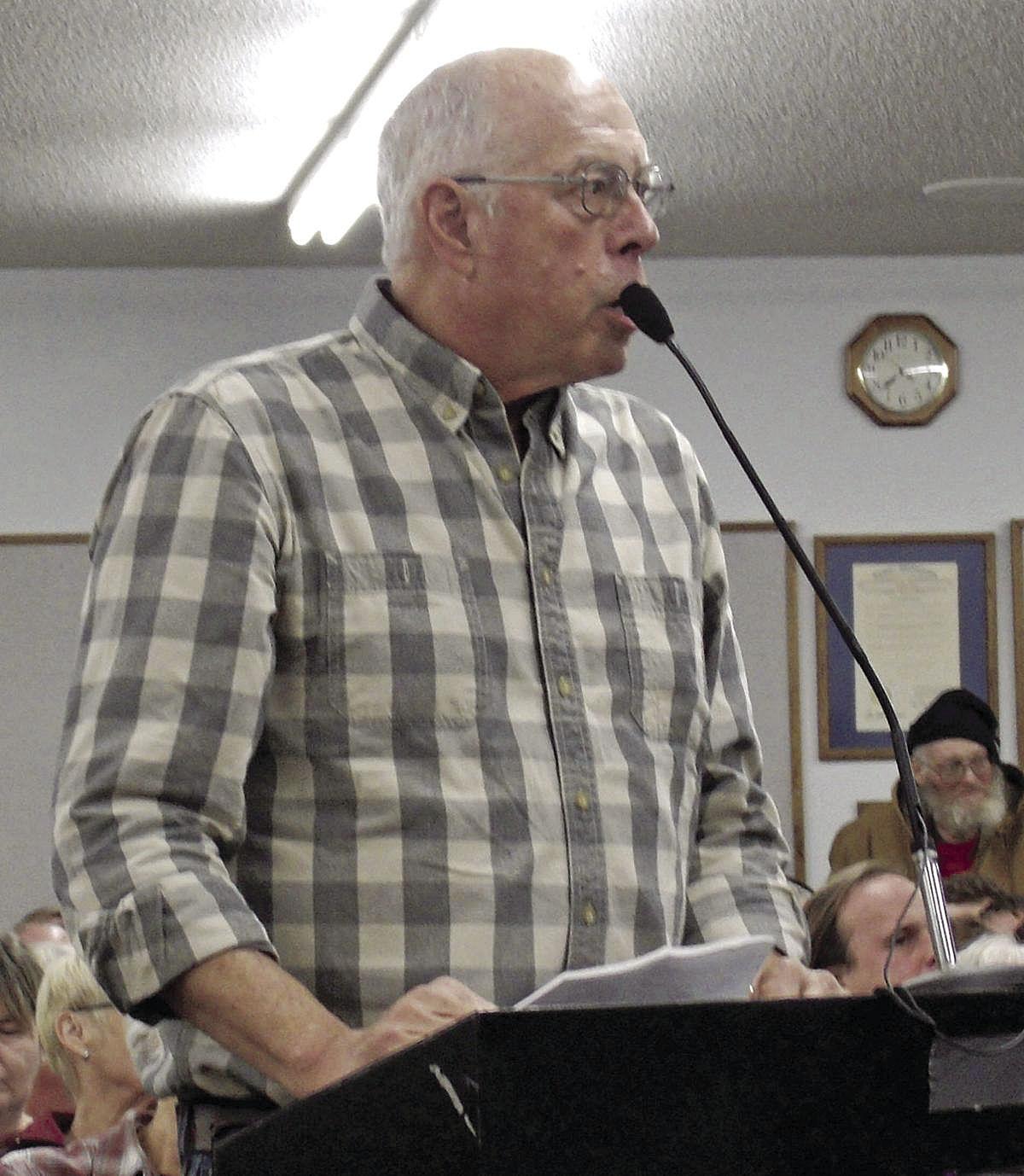 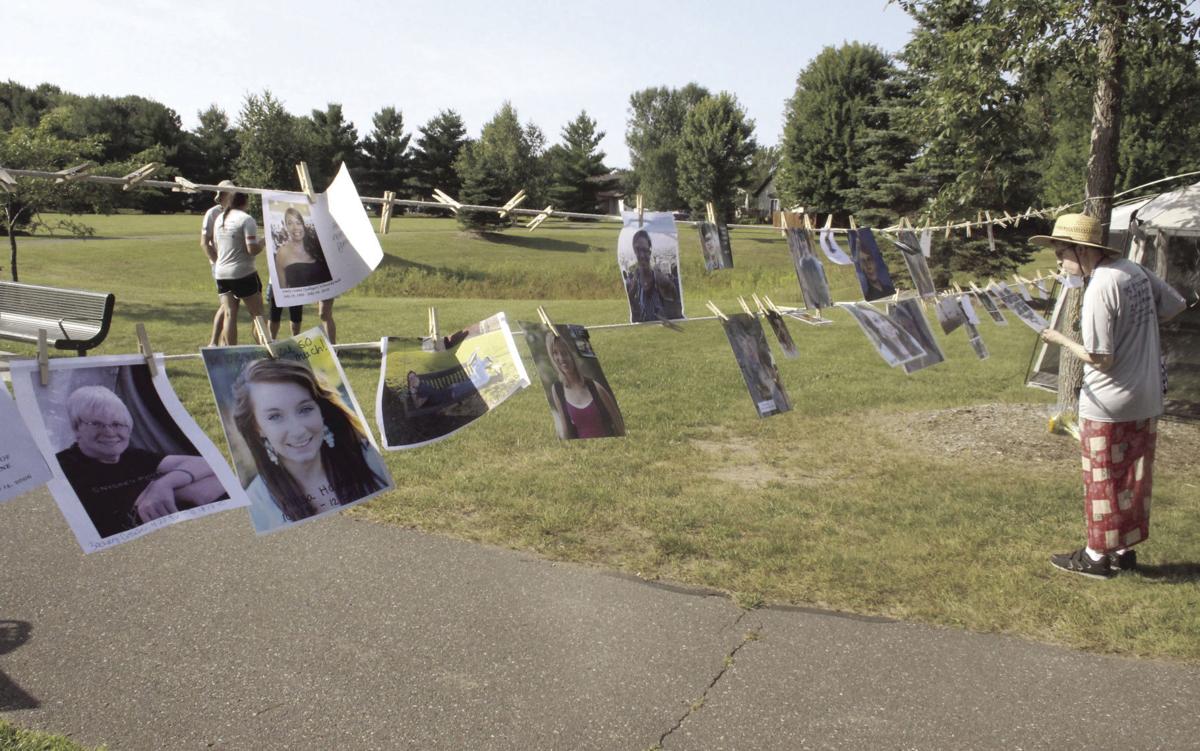 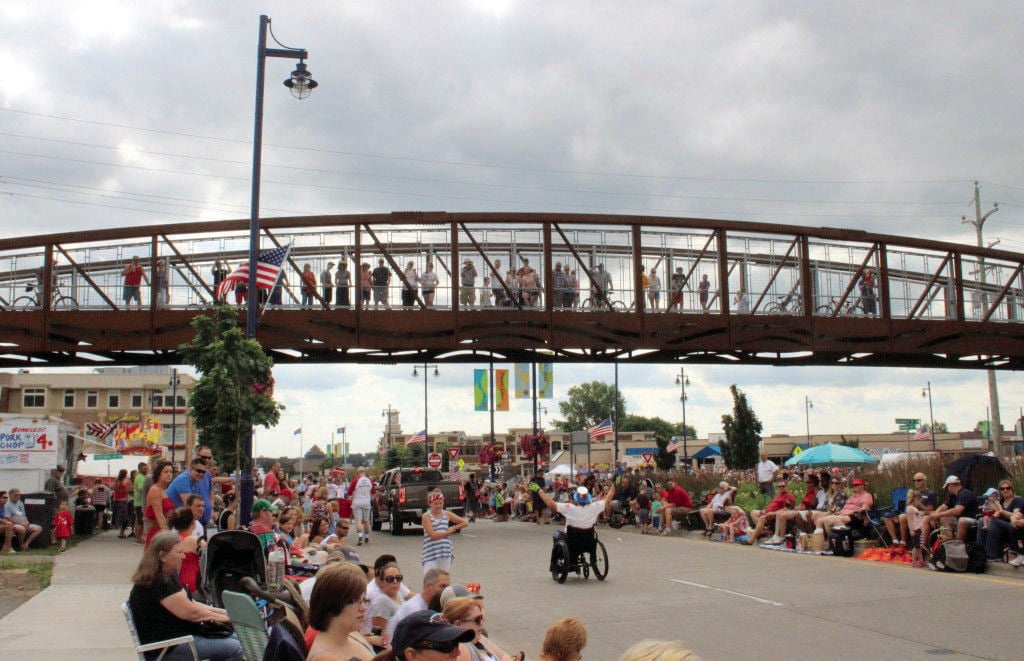 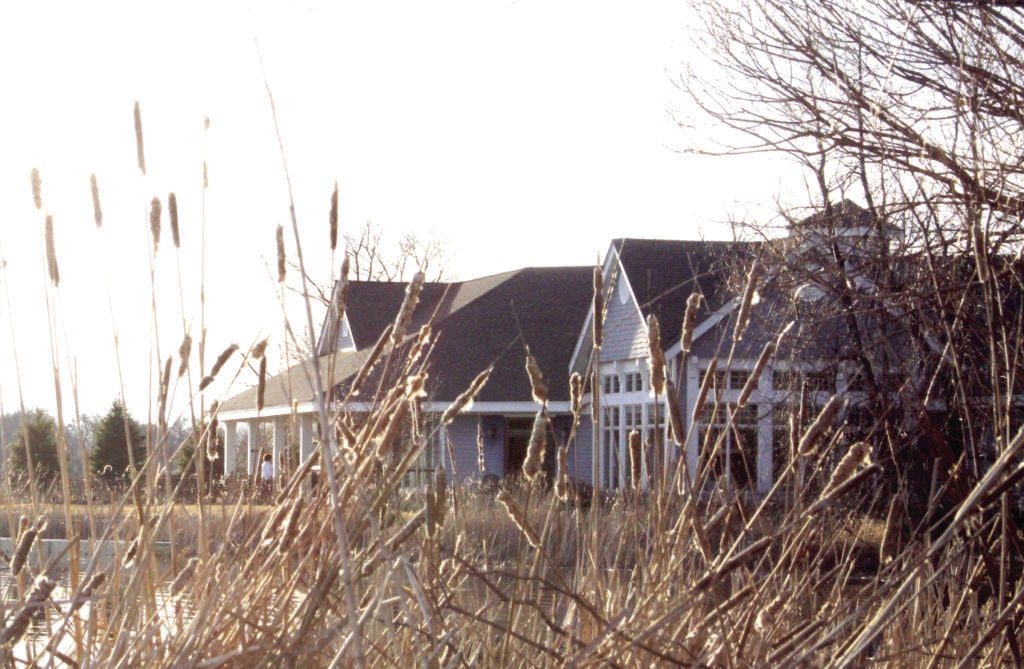 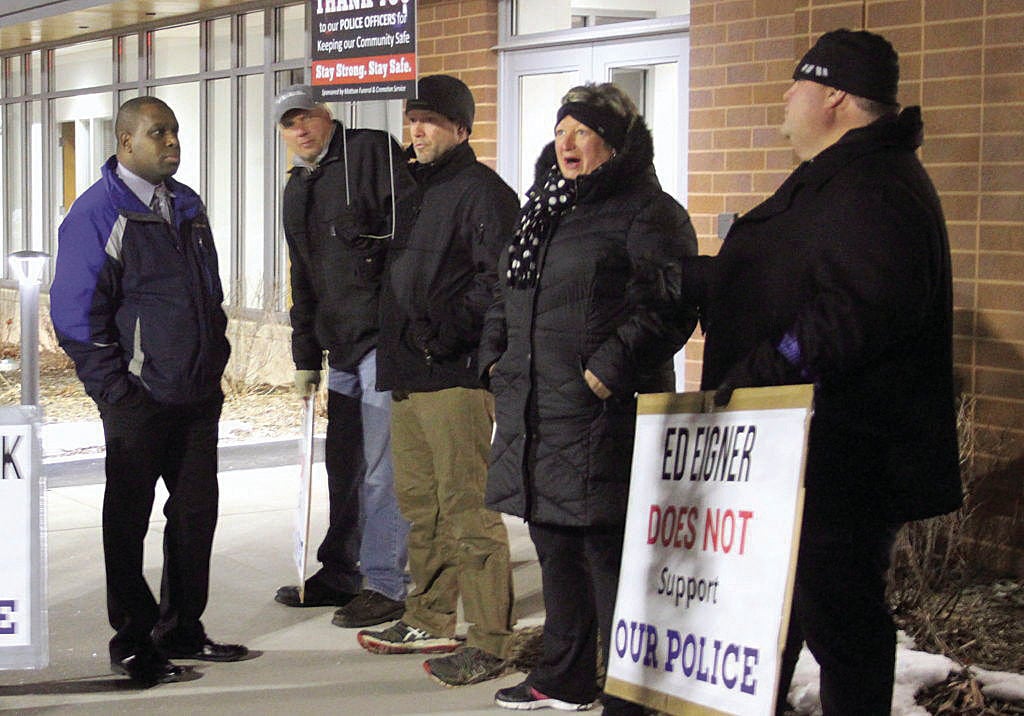 As always, the area grappled with growth vs. preservation

The city of Forest Lake, and in many ways the greater area encompassed in the Forest Lake Area School District, can often be seen as a community with two basic views about itself.

On the one hand are community members who appreciate what they believe the area is now or has been in the past: a collection of idyllic rural towns, not quite a bedroom community, but an area with an undisturbed way of life distinct from folks who live closer to the metro. On the other hand are people who advocate for what they believe the area can be: a friendlier, more scenic version of a modern micropolitan community, with updated government services and mechanisms in place to spur growth. Those two groups have been in dialogue, and occasionally in open conflict, with each other for decades, and in the 2010s, it was no different.

The second decade after the merger of the old Forest Lake city and township was filled with variations on that dialogue. What kinds of communities would Forest Lake, Columbus, Scandia, Wyoming and Linwood be? What kinds of government should they have? What sorts of schools should they support, and how much money should those schools get? What would (and should) it all cost, and would something be lost or gained along the way?

As the 2020s dawn, it’s likely many of those questions will persist, but area residents have never been afraid of having the conversation. Below are the first five of The Times’ picks for the most significant local story lines of the 2010s. Some are about the conversation, and some are about people who took action to remake their corner of the world into the way they believe it should be. Some are about both.

Part 2 will run in next week’s issue.

There were many business comings and goings in the Forest Lake area over the last 10 years, but none were as talked about locally as the churn of restaurants in and out of local communities. “More restaurants” has been a constant cry of many residents when asked about development that could come to the area, and throughout much of the decade, more restaurants is what they got – it’s just that not all of them stuck around.

There were other restaurant visions that weren’t to be over the years – like the abortive opening of Mexican restaurant Cilantro’s or the abrupt shuttering of Tim Horton’s – but there were also many success stories. Eric Ernst started his own local restaurant business with Ernie’s Eatery and Ice Cream and 3rd Gear Bar and Restaurant. Alex Bulmer got Big Apple Bagel named as an official Super Bowl vendor. New Bangkok took over the Carly’s Café space.

Residents thrilled to the news that Chipotle is coming to town in 2020. Those restaurants, along with other new options and the tried and true mainstays in the area, have provided a wide array of options for the discerning local diner.

In December 2011, the Haines family of Wyoming was struck by inestimable tragedy when daughter and sister Alissa took her own life at only 15 years old. In 2012, her parents, Sean and Katie, founded Stomp Out Suicide, an organization dedicated to suicide prevention and connecting those struggling with mental illness and thoughts of self-harm with help.

The organization’s most important day each year comes in August, when it holds an annual fundraising 5K that begins and ends in Goodview Park. The day is not only about preventing suicide; it also serves as a way of memorializing those who have passed and connecting those they left behind with others who have shared that painful experience. Many of the runners form teams who all run for one person who they’ve lost, a missing family member or friend whose name is emblazoned on matching shirts.

In 2017, the Haines family transitioned leadership of the event to Canvas Health, a local mental health organization that includes suicide prevention and awareness as an emphasis. They continue to participate in the annual 5K and hope that Canvas Health’s leadership will continue to grow the reach and impact of the organization.

When compiling the biggest local stories of the decade, no list would be complete without documenting the often-contentious Forest Lake City Council proceedings of the last 10 years. The only question is how to organize it. In many ways, the controversial spending decisions of the early 2010s, the budget squabbles of the middle of the decade, the contract law enforcement controversy of 2017 and the open antagonism that followed all exist on a spectrum, one thing feeding into the next. The Times decided to tackle a couple of the biggest items individually in the second half of this list while covering the overall council arc in this item.

The Forest Lake City Council underwent two big leadership shifts in the 2010s. The first came in 2014, when residents unhappy with the city’s one-two spending punch on the Forest Lake City Center and the Forest Lake YMCA project swept in a unanimously more conservative body. The next came in 2018, when that majority (no longer unanimous) was swept out by voters angry about the council’s handing of the city contract policing issue in 2017, along with several other, less resonant controversies. The current council makeup, which took office in 2019, has not been immune from its own set of controversies – like its decision last August to ban the sale of tobacco products to those age 21 and younger – but the last year has generally been marked by a quieter, less confrontational form of city government, with shorter meetings and fewer packed council chambers.

Those previous seven years or so, however, were rich with incident. The approval of the Forest Lake City Center and the YMCA. Two council member resignations. Budget cuts that led to the loss of a fire inspector (still not replaced) and a police officer. A 2016 campaign season full of allegations and nastiness, including multiple claims of campaign sign theft. The Police Department almost being dissolved and replaced. The Michael Freer residency controversy. The mental health facility rejection and subsequent public name-calling between the mayor and a planning commissioner. No matter how one felt about the people involved, no one could say that the Forest Lake City Council was boring.

7. What to do about downtown

The 2010s opened with a boon to the future of Forest Lake’s downtown, and they end with an uncertainty toward the same. Off and on throughout the entire decade, the city has grappled with how to return Lake Drive, particularly around its intersection with Broadway, to its formerly vaunted place within the community as a whole, and while many steps have been taken toward that goal, many questions remain.

Probably the biggest impact on the downtown area came at the beginning of the decade. In 2010, the Forest Lake City Council approved the replacement of the signaled intersection at Broadway and Lake Street with a roundabout, as well as a Broadway redesign and a pedestrian bridge over the roadway (after some traffic concerns, the roundabout was later reduced from multi-lane to a single-lane). Other big improvements included the Cherrywood Pointe senior living facility built on the site of the old Stock Lumber Company in 2015, along with the construction of the Lighthouse Lofts high-end apartment complex (also housing Anytime Fitness and the Mallard’s restaurant) on the old city hall property in 2018.

In the new decade, however, downtown still remains less vibrant than the city would like, thanks to multiple factors including the desirability of the Interstate 35 corridor and the poor conditions of some of the downtown buildings. There are still uncertain elements to the area’s future – the century-old Houle’s Feed Mill unsuccessfully attempted to sell its property to a hotel developer in 2018 and 2019 – but downtown may also be getting a shot in the arm thanks to the city’s formation of a downtown committee and the Anderson family’s announcement that it would be developing the property where the old Laker and Forest Theatre buildings now sit.

Forest Lake wasn’t the only local community with city council dust-ups in the 2010. While Scandia dealt with conflicts over the handling of Loghouse Landing and Wyoming weathered spending tiffs, the most dramatic of the municipal conflicts outside of Forest Lake took place in Columbus, where residents rebelled against the City Council’s decision to allow an asphalt plant to locate in the “Triangle Property” south of the Interstate Highway 35E/35W split.

Throughout 2017, asphalt maker Bituminous Roadways worked with the city to get its fourth asphalt plant built in Columbus, but some nearby residents and businesses complained, worried about potential noise and pollution. The council was undeterred by the protests and allowed the plant’s construction (which required the council to change its zoning to allow the plant in a light industrial zone), citing economic benefits and a desire to let the previous property owners get the land off their hands.

At times, the conflict got downright antagonistic, with residents hurling insults at council members and council members accusing their opponents of slinging lies. Though those in favor of the plant often suggested that the anti-plant advocates were a vocal minority operating in concert with those outside the city, both of the pro-plant council members who ran for re-election in 2018 were defeated, replaced by candidates who had made their criticism of the handling of the plant a central plank in their campaigns.

Ryan Howard has been the news editor of The Forest Lake Times since 2014.