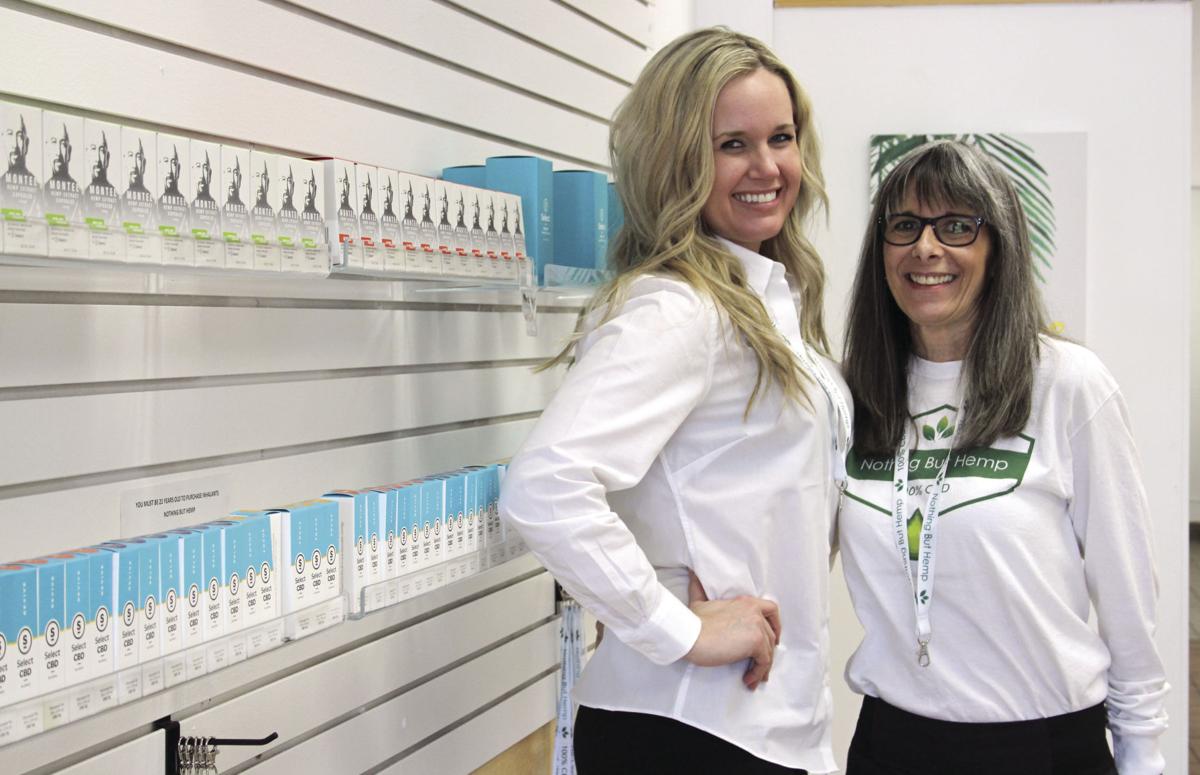 Nothing But Hemp co-owner Eva Droz is committed to helping customers find the CBD oil product that best assists them with their ailment. 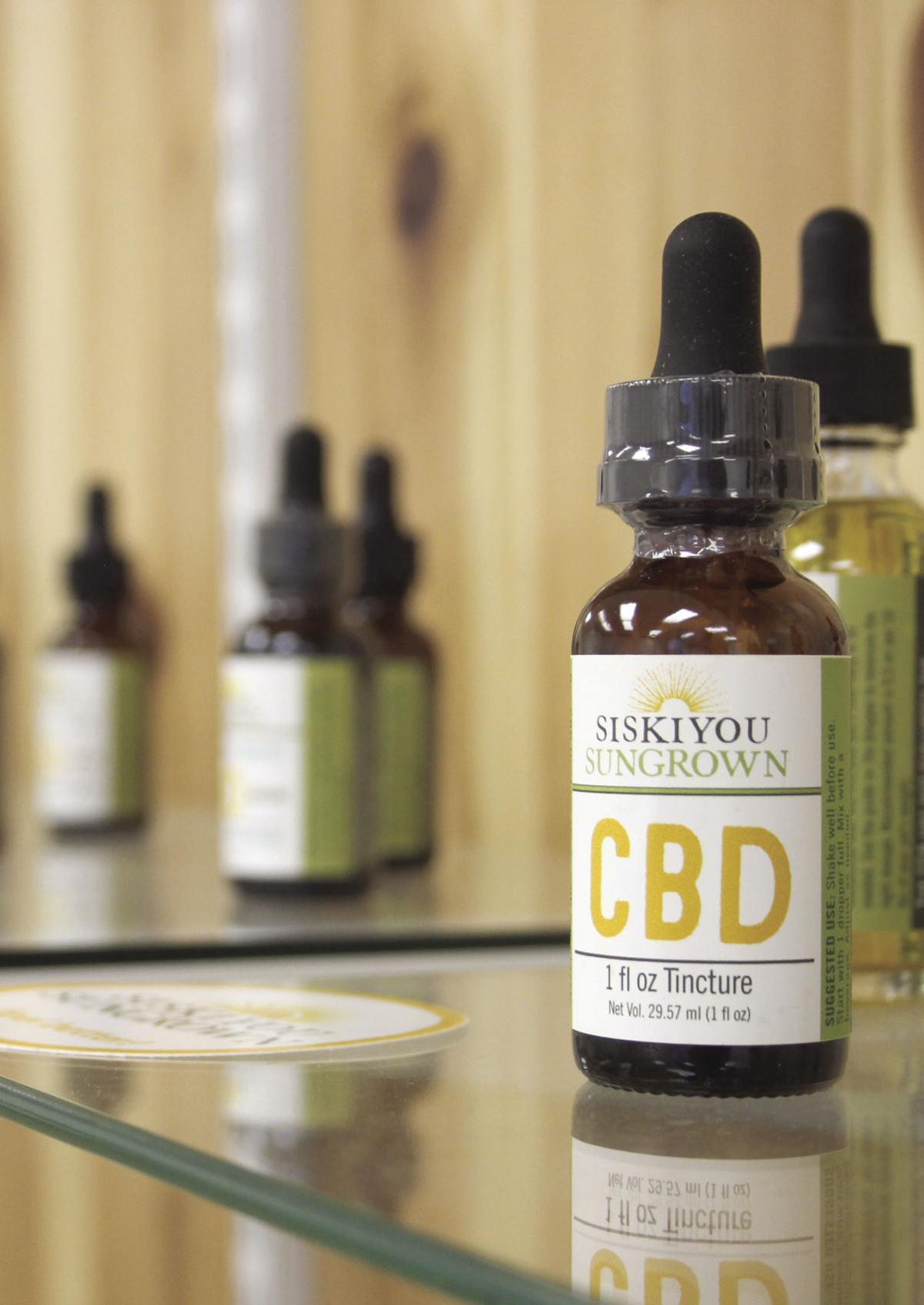 Nothing But Hemp’s product line varies from capsules to bath bombs to its most popular item, a small vial of CBD “tincture,” and many other items.

Nothing But Hemp co-owner Eva Droz is committed to helping customers find the CBD oil product that best assists them with their ailment.

Nothing But Hemp’s product line varies from capsules to bath bombs to its most popular item, a small vial of CBD “tincture,” and many other items.

A new Forest Lake business is working with residents to try to find supplements that can help with pain or other health issues. Co-owners Eva Droz and Steven Brown do have a little bit of a misconception to get over, however.

“I do have a lot of people who come in here who go, ‘I don’t want to get high,’” Droz said with a laugh.

Droz and Brown own Nothing But Hemp, a cannabidiol supplement business that opened its third location in Forest Lake, at 143 Lake St. N., in January. The business’s cannabidiol, or CBD, products are derived from hemp, which comes from the same plant family as marijuana. However, the CBD products at Nothing But Hemp contain zero or only trace elements of tetrahydrocannabinol (more commonly referred to as THC), the psychoactive substance in marijuana.

In other words, the things you buy at Nothing But Hemp won’t make you high.

Research on the health effects of CBD oil has been limited, due in part to its shifting regulatory status at the federal level (the Food and Drug Administration only loosed regulations to allow CBD trials four years ago). However, the owners and staff at Nothing But Hemp are believers in its effects.

Given federal regulations and the limited independent testing available, Nothing But Hemp staff are not allowed to say that CBD products can cure specific diseases. However, Droz said, they encourage customers to do their own research and try to point them toward studies that can help them make decisions. Nothing But Hemp staff have taken a course on the endocannabinoid system – the nervous system’s receptors that respond to cannabinoids.

The scientifically proven benefits of CBD are somewhat up in the air, given the limited independent study of the substance. Harvard Health Publishing and Mayo Clinic both recommend that those considering using CBD consult with a doctor beforehand. The best tested results for the use of CBD have come when attempting to treat some severe types of childhood epilepsy that don’t respond to typical medication. Some research has also suggested that CBD could help those with anxiety and chronic pain, and the National Cancer Institute has stated that CBD could potentially help with the treatment of cancer side effects like nausea and vomiting (but not treatment of the cancer itself). Droz believes it can be effective for dealing with other ailments as well, though she noted that the business’s focus is on helping each individual customer find a treatment that works for them. Each person is asked about their symptoms and what medications or other supplements they are using.

“What I think people like is a personalized experience when they come into the store,” she said.

Droz and Brown have known each other for years, ever since they worked together at a GNC in Florida. A few years later, they both found themselves in Minnesota for unrelated reasons (Droz is from Minnesota originally and currently lives in North Branch). They started looking into the potential benefits of CBD and eventually went into business together, opening Nothing But Hemp’s first location in a kiosk at the Maplewood Mall. At the beginning of 2019, they expanded into physical locations, first in Uptown and then in Forest Lake.

The Forest Lake location came to be because Droz and Brown saw a market and Droz wanted a location closer to where she lives. Overall, she said, the response thus far has been fantastic.

“People have just seen our sign and stopped in,” she said.

Nothing But Hemp sells CBD oil in a variety of products, including liquid soft gels, body oil, vape pens, gummies, bath bombs, and even coffee. The most popular product, however, is a small vial of ingestible CBD oil that Nothing But Hemp calls a tincture. Users are instructed to fill a dropper to the preferred amount and drop it under their tongue. Customers are encouraged to find a dosage that works appropriately for them.

In addition to the personal service, Droz believes customers appreciate Nothing But Hemp for its professional, positive atmosphere. Staff are knowledgeable about the products, the business doesn’t sell to anyone under the age of 18, and the store is bright, clean and neat, which Droz believes goes a long way toward destigmatizing a product once found primarily in smoke and head shops.

Droz and Brown’s goal – along with developing their own line of CBD products, which Droz said is coming “very soon” – is ultimately to franchise the business further, with a heavy emphasis on quality control. Nothing But Hemp boasts that it only stocks products with third-party testing and lab reports that confirm that what is being advertised on the bottle is actually in the bottle.

“The biggest thing that we want to make sure is that they follow our store setup,” Droz said of potential franchisees.

The store is open from 10 a.m. to 7 p.m. Mondays through Saturdays and 1 to 4 p.m. on Sundays. Learn more at nothingbuthemp.net.