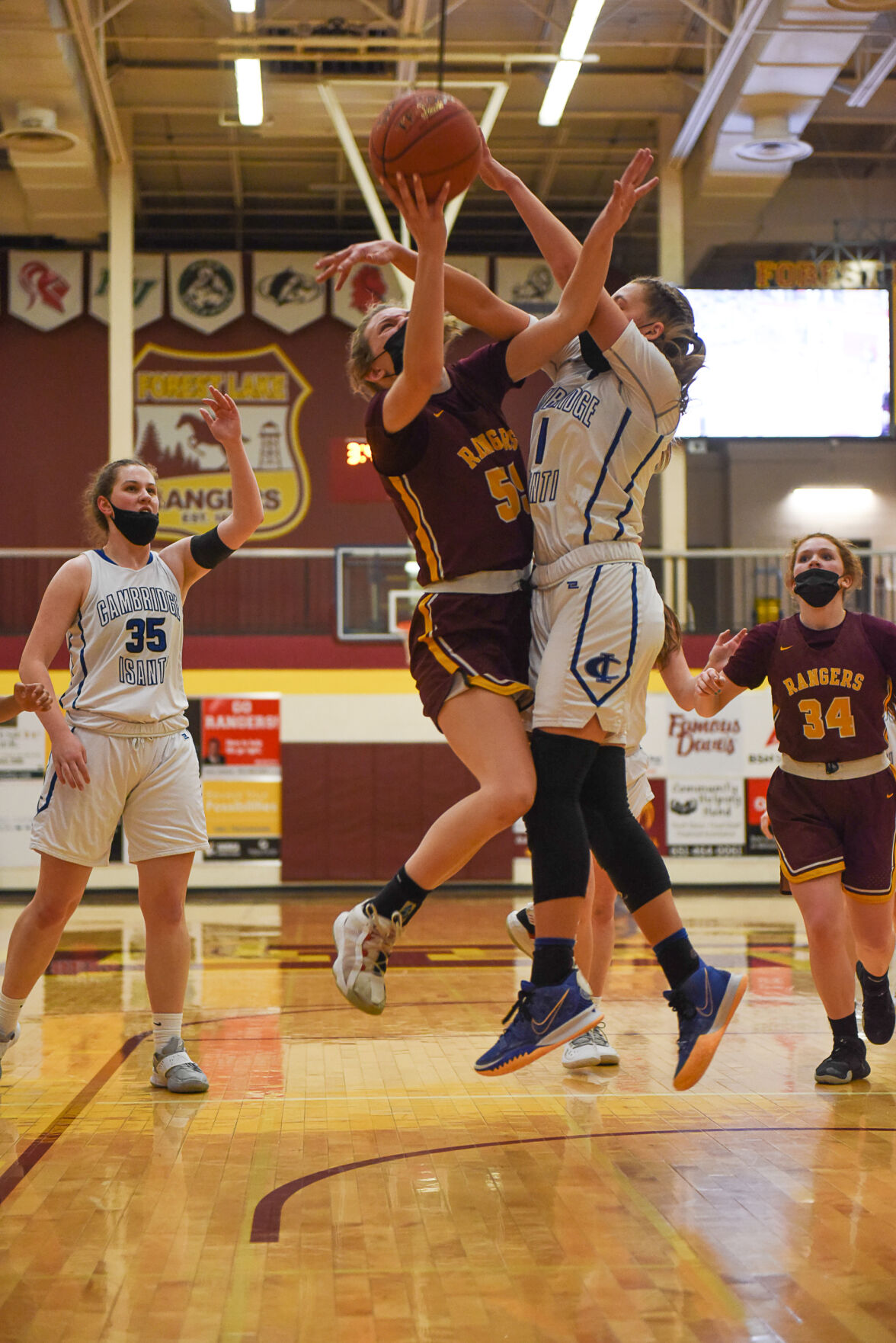 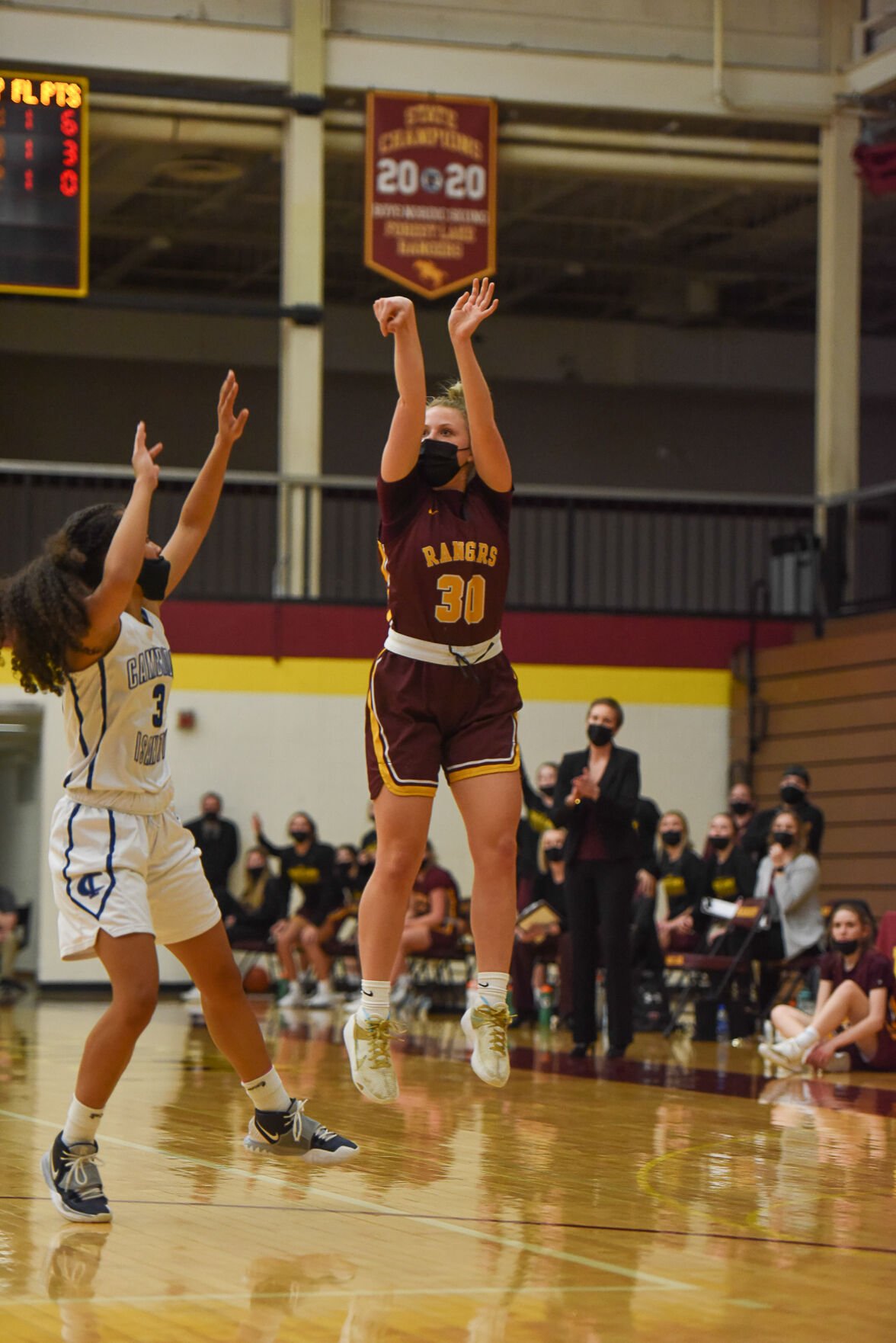 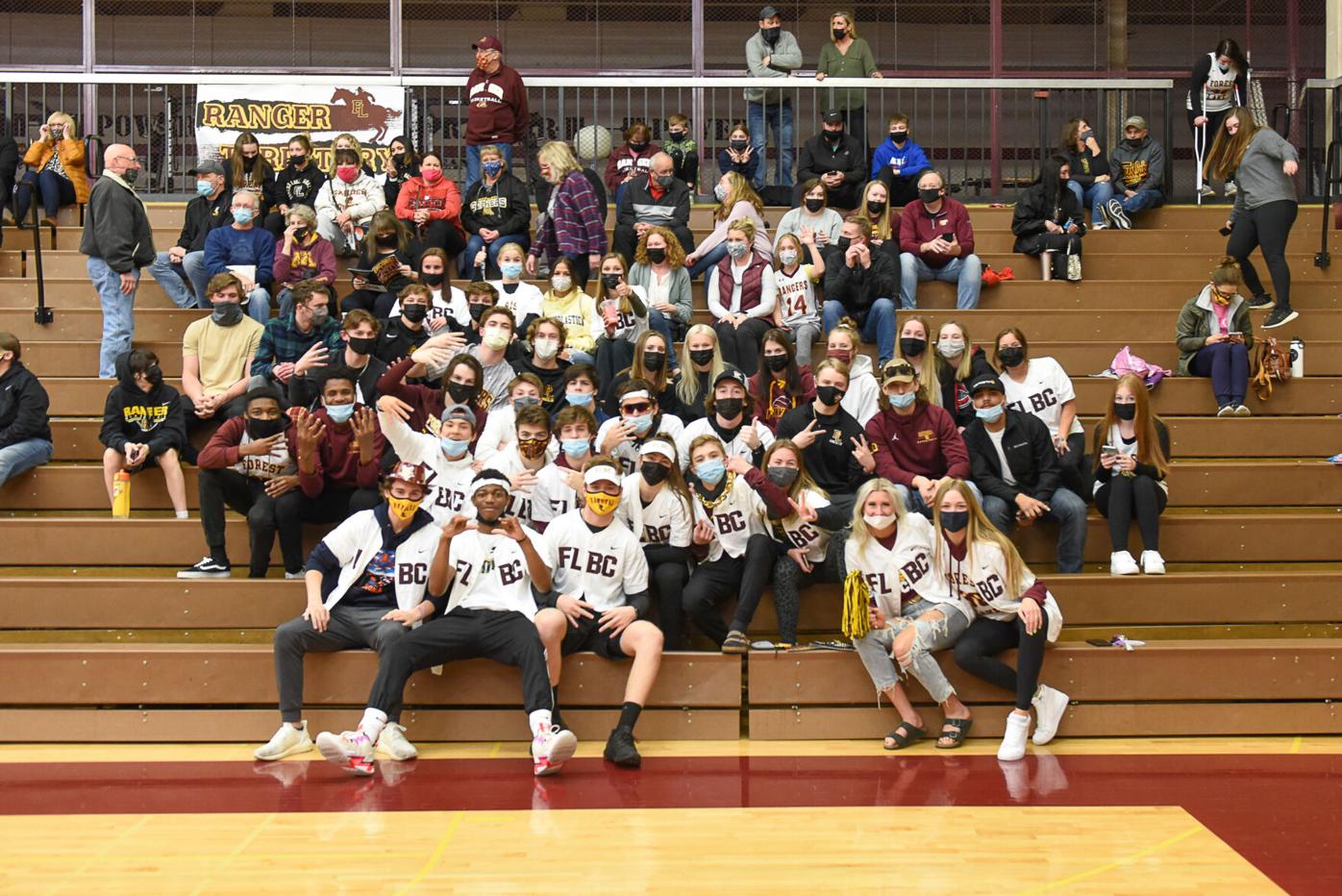 In that contest, the underdog Rangers put up a fierce battle before losing to section favorite Cambridge-Isanti. So Forest Lake was highly motivated to win the rematch with the Bluejackets in this year’s title game, which the Rangers hosted on Thursday, March 25.

“It was a tough battle last year, but we led at half and we led in the second half before we let it go,” senior Logan Anderson said. “This year we wanted to get revenge for last year.”

Mission accomplished, as the Rangers, who returned eight seniors and one junior from a year ago, punched their ticket for the Class 4A state tournament by defeating Cambridge-Isanti 58-50 in this year’s Section 7 championship.

“Forest Lake is a senior-dominated team this year, and I’m sure they grew from that experience,” C-I coach Jody Ledahl said.

It was the Bluejackets who threw the first punch in this season’s championship contest, jumping to an early 7-2 advantage. But the Rangers chipped away at the lead and eventually tied the game at 16-16, setting up a back-and-forth tussle throughout the rest of the half before Forest Lake carried a 21-18 lead into the locker room.

Cambridge-Isanti made several runs in the second half, but the veteran Rangers always seemed to make the key play, whether it was intercepting a pass or making a big basket, to hold C-I at arm’s length.

“We tried to be aggressive in the passing lanes and jump their passes whenever we could,” Anderson said of her team’s halftime adjustment.

Anderson led the offense with 27 points while Greta Krieger added 14 for Forest Lake, which earned its third trip to the state tournament in the last four seasons with the win.

Defensively the game plan was to try and limit the touches of Bluejackets standout Mikayla Aumer, who scored 40 points in C-I’s semifinal win over Coon Rapids two nights earlier.

“She’s an incredible player when you consider her quickness off the bounce and her ability to hit shots,” Wagner said of Aumer. “She’s the kid where you constantly have to work to stop her.”

While Aumer finished with 28 points, she also managed just three assists – and no other Cambridge-Isanti player scored in double figures.

“I thought Katie Johnson, Greta Krieger and Lydia Bostrom did an amazing job against Aumer,” Anderson said. “We knew we had to stop her to win this game. And those girls were amazing.”

Two days earlier, the Rangers, who were the top seed in Section 7, advanced to that championship game with a 78-54 home victory over fourth-seeded Andover.

While the Rangers were a bit rusty from not having played in 11 days, they managed to build a 37-30 halftime lead before exploding in the second half. Forest Lake outscored the Huskies 41-24 in that period, and much of Andover’s second-half scoring came after the game was decided.

“We were a little out of synch, a little out of rhythm, in the first half,” Wagner admitted. “At times we had two players cutting to the same spot and jamming one another up. But our kids knew what they had to do. We talked at halftime about doing a better job controlling their dribble penetration without fouling.”

Krieger led the Rangers with 27 points, while Lulu Pekron finished with 14 and Anderson added 11.

Forest Lake, which was unranked in the final state poll, was seeded fourth in the “North” division of the tournament behind Hopkins, fifth-ranked Elk River and seventh-ranked Centennial.

Should Forest Lake defeat the Royals, the 2019 Class 4A state champs who advanced to last year’s title game before it was canceled, the Rangers would face the winner of a contest between Stillwater and Chaska at the Target Center on Wednesday, April 7 starting at 7 p.m. If Forest Lake loses to Hopkins, it ends the season for the team.

“It’s been a weird year, and if any player or team can persevere through this, they should feel good about what they accomplished,” Wagner said.