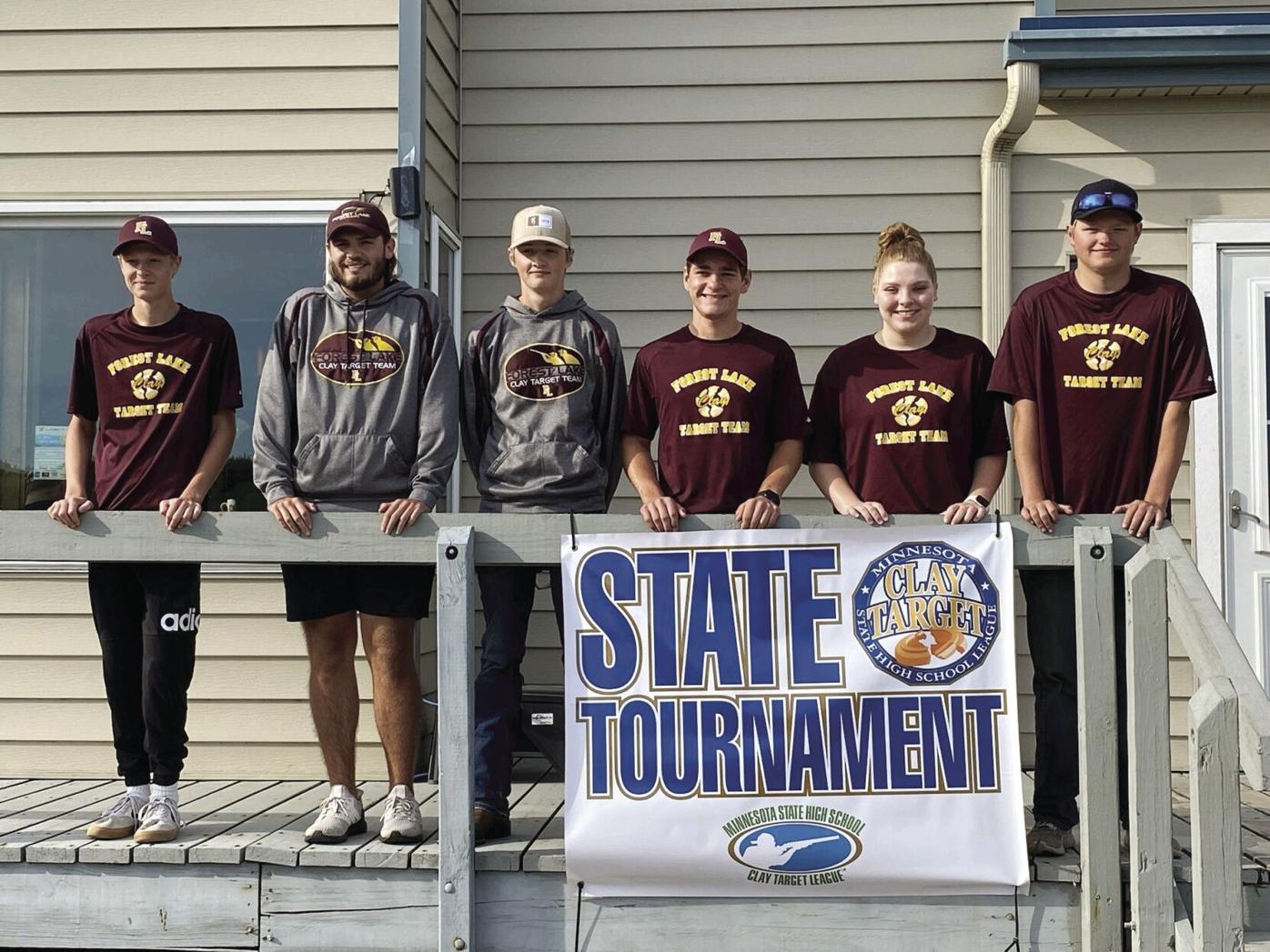 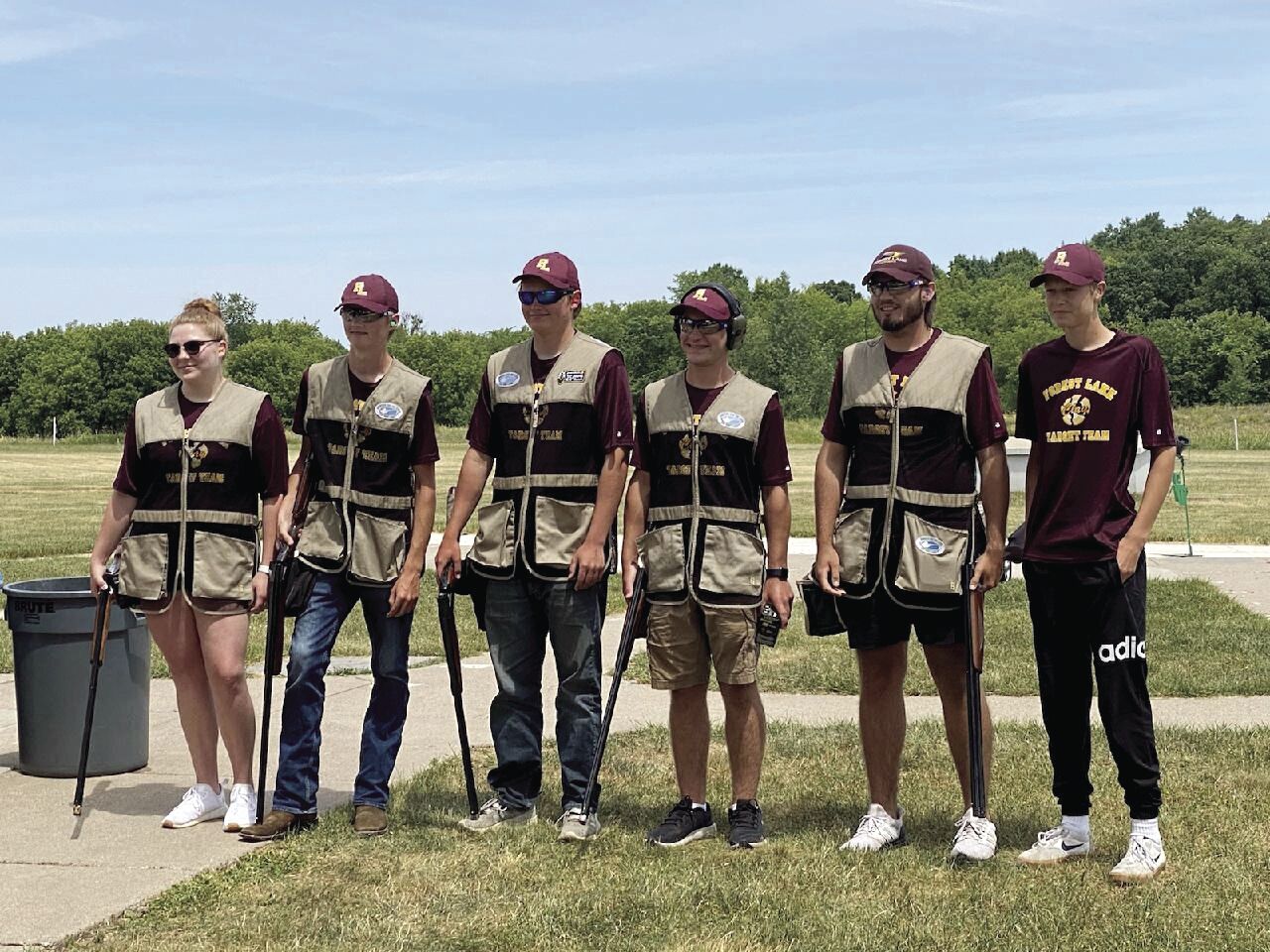 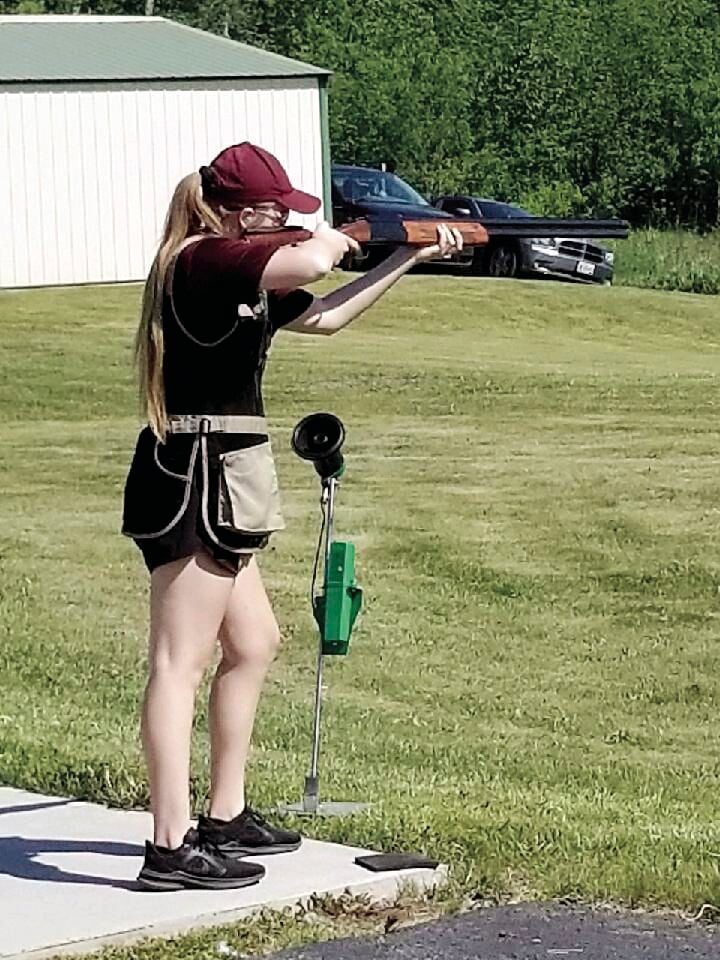 Junior Heather Kaup lines up a shot at the Pheasants Forever Tournament held in Proctor.

Junior Heather Kaup lines up a shot at the Pheasants Forever Tournament held in Proctor.

The Forest Lake Clay Target team did not rebuild this season after graduation losses from previous years.

“I thought we would be rebuilding this year, but we didn’t,” coach Dave Madison said. “Our returnees picked up where they left off and shot lights-out all season long. They really rose up.”

That quickly became apparent during the course of the Minnesota State High School Clay Target League 7A Conference 3 season, as the Rangers won the league title in convincing fashion, collecting nearly 7,000 more “hits” than New Prague in second place.

Forest Lake finished second among the 10 teams in the opening week of the season, then posted the highest total – often by a wide margin – in the five weeks that followed. And that both surprised and impressed Madison.

“They were competent shooters, even though they missed a year,” he said in a nod to the spring 2020 season that was canceled by COVID-19. “This season was cut by two weeks, and they had just two practices before we began the season. So in practice, we paid special attention to the little things, and that obviously paid off.”

Individually, junior Cooper Auge tied for 24th in the league with his average of 24.20 hits per round; a round consists of 25 shots, meaning Auge averaged less than one miss per round all season long.

Forest Lake continued its fine performance at the 2021 Trap Shooting Championship held in Alexandria on June 20. The Rangers finished seventh among 29 teams in that competition with a 475 team score than was just 11 hits behind first-place Rosseau.

“They shot relatively well in their first 50 targets on a sunny morning,” Madison said. “In the afternoon, the wind picked up, and it started to rain – and they actually shot better. At our awards banquet, we tried to get a Hollywood prop machine so we could relive the wind and rain.

“They seemed to shoot the best in the most adverse conditions. I think they used that adversity to step up and get the job done. When the going got tough, the tough got going.”

Amongst the female competitors, Streff’s 92 tied for seventh, just three hits behind the winner, while Kaup’s 91 finished 10th among 43 shooters.

And Forest Lake also was well represented at the MSHSL State Tournament hosted by the Minneapolis Gun Club in Prior Lake on June 25. The Rangers again posted a 459 score and placed 21st; Red Wing won the team title with a 484 score.

“In the state of Minnesota there were 360 teams this season, so we felt privileged to finish in 21st,” Madison said.

Once more Auge led the way with a hit total of 97, good for a tie for 14th place. Desrosier was next with a 96, followed by junior Allan Debele at 92, Streff at 90 and junior Joshua Manni with an 82.

Kaup and Auge are amongst a group of competitors who will compete in the USA High School Clay Target League National Championship, which began Wednesday, July 7, and continues through Sunday, July 11.

The pair will join more than 3,000 of the top young clay target shooters from around the country who will descend on Mason, Michigan for, the competition this week.

In short, Madison feels that tournament will be a fine cap to a wonderful season – and a springboard for next season.

“I’m so proud of this year’s team – I and the other coaches were really humbled by their performance,” he said. “But next year? Look out, state.”