A Forest Lake firefighter puts out hot spots at a garage fire in Columbus on April 2. 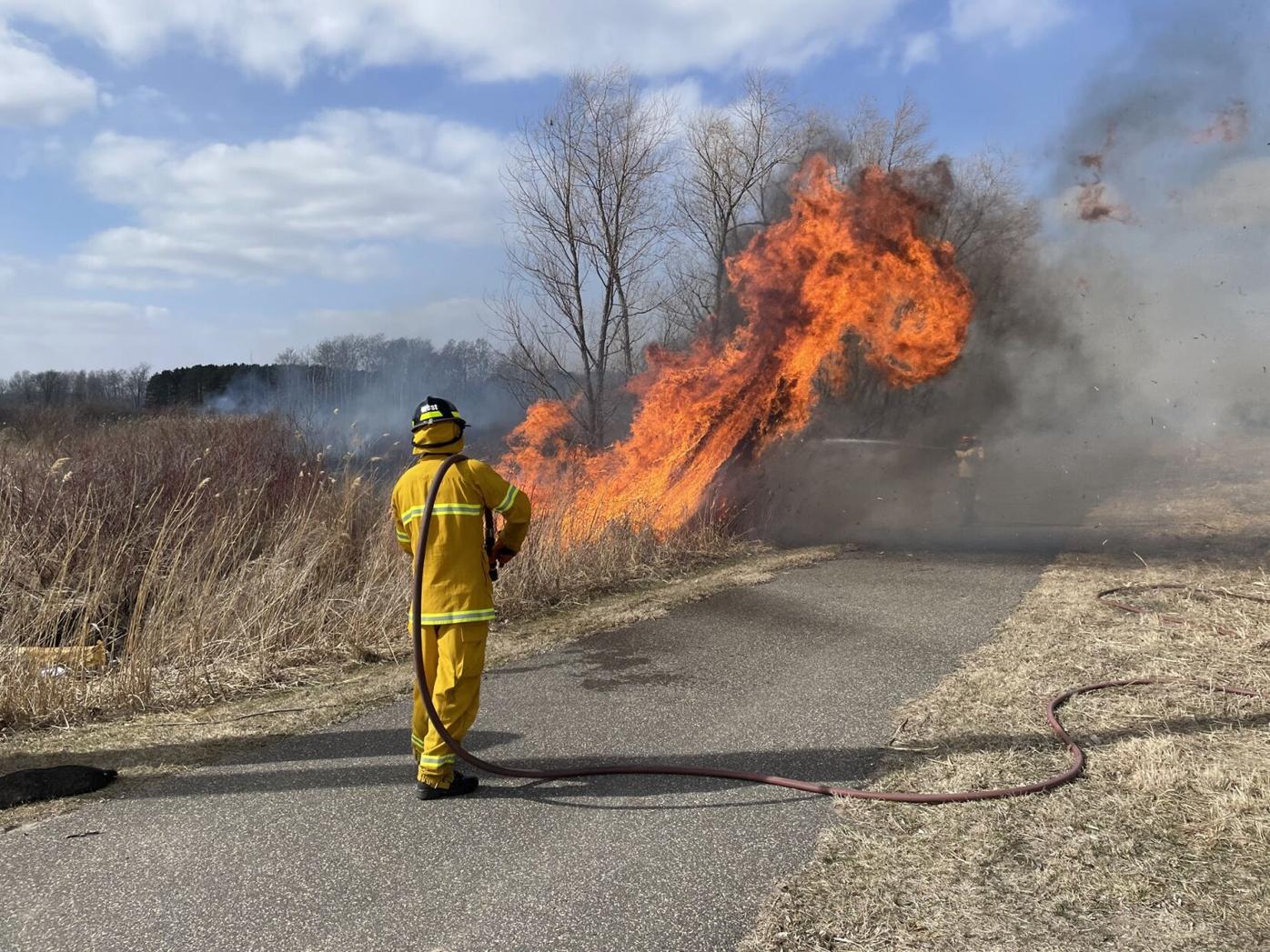 The Forest Lake Fire Department responded to a request for mutual aid by the Lino Lakes Fire Department in containing a grass fire that eventually burned more than 130 acres.

A Forest Lake firefighter puts out hot spots at a garage fire in Columbus on April 2.

The Forest Lake Fire Department responded to a request for mutual aid by the Lino Lakes Fire Department in containing a grass fire that eventually burned more than 130 acres.

The Forest Lake Fire Department has responded to multiple fires in just over a week.

On March 28 at 11:39 a.m., the Forest Lake Fire Department responded to a house fire on the 14000 block of Lake Drive in Columbus. The house was a vacated structure and was a total loss.

On Friday, April 2 at 11:05 p.m., the department responded to a fire in a garage at the 16000 block of Xingu St. NE in Columbus. The garage was a total loss, with no vehicles or no people harmed. Mutual aid was provided from Lino Lakes and Hugo.

The department also responded to a small fire in a residence at the 600 block of Schilling Cir. NW on Monday, April 5 though the homeowner was able to put it out with a garden hose. The department helped with hot spots.

The fire danger level is high due to dead grass and high winds. The Minnesota Department of Natural Resources currently has restrictions so fires larger than a small campfire need a variance. Information on fire restrictions can be found at dnr.state.mn.us/forestry/fire/firerating_restrictions.

“You can still have a 3x3x3 campfire, but we recommend people look at wind conditions before they burn,” Forest Lake Fire Chief Al Newman said. “You need to clear the area around the fire pit. When it’s windy it will carry embers away from the fire pit, so if you’ve got vegetation around your fire pit, embers catch on fire.”

Newman also said to be cautious using cigarettes, fireworks, or welding or grinding outside.

“Anything that gives off a spark can potentially start a grass fire.”

Restrictions typically stay in place until the grass greens more, which typically lasts through the end of April.