A rendering of the Cambia Hills campus shows the $25 million mental health facility in East Bethel. 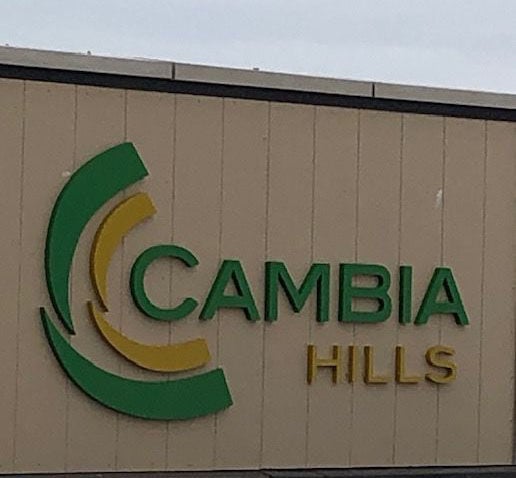 A rendering of the Cambia Hills campus shows the $25 million mental health facility in East Bethel.

A youth mental health facility in East Bethel, initially proposed for Forest Lake, closed a little more than a year after opening.

Cambia Hills, a $26 million complex for children ages 6-17, announced last week it would run out of money and close at 3 p.m. Friday, June 11.

“After many years of finding the right community to build in, construction starts and delays, opening the doors during a pandemic (which brought about staffing challenges and affected the census and thus, our ability to pay for this facility), licensing issues, and bad press, we are forced to close our doors,” Leslie Chaplin, president of parent corporation The Hills Youth and Family Services, wrote in a letter to community partners posted on Cambia Hills’ website.

Constructed on a 37-acre wooded lot at 900 189th Ave. NE, Cambia Hills was one of only two existing psychiatric residential treatment facilities for children in Minnesota and was the first built specifically for that purpose. It aimed to provide secure, high-observation care in a non-hospital setting for children experiencing complex mental illness.

In her letter Chaplin said the organization was working to place current clients in “the next best place,” which means many are being sent home.

Chaplin blamed a “perfect storm” of challenges, including the pandemic, for the closure, but she also singled out the Minnesota Department of Human Services.

“A significant piece of this perfect storm is that the state of MN DHS has not given us the rate adjustment our bondholders have been waiting for,” she wrote. “The bondholders who paid to build this building have been funding us, payroll and all, since December of 2020. They have reached their limit of $1.5 million in additional funds to keep Cambia Hills of East Bethel open, and DHS has passed the deadline of May 1st to give us the rate adjustment, with no new date in sight.”

But a Department of Human Services spokesperson said a rate increase was never guaranteed.

“DHS has worked closely with leaders of Cambia Hills, the other existing Psychiatric Residential Treatment Facility and two organizations that plan to soon open PRTFs about a new process for determining facility-specific rates,” an emailed statement from the department said. “DHS did not promise a date by which new rates would be approved and cannot guarantee that the Cambia Hills rate would have been higher than in the past. DHS must submit the proposed rates to the Centers for Medicare & Medicaid Services for approval.”

Cambia Hills, which is a division of Duluth-based nonprofit The Hills Youth and Family Services, hit many bumps in the road, both before and after opening.

Originally it sought to build in Forest Lake on the site of Shadow Creek Stables at the corner of US Highway 61 and 202nd Street, but the city council denied a zoning amendment needed for the site in early 2018. There was public outcry over the decision, with some people who asked the council to reconsider the vote during a later open forum.

East Bethel approved a conditional use permit for the facility in August 2018, and staff welcomed the first patient March 30, 2020.

After opening, Cambia Hills also faced disciplinary action from the Department of Human Services. Last year the department imposed a $5,000 fine after determining neglect had occurred in July 2020.

But Chaplin wrote that the staff was dedicated to clients and the closure will have lasting consequences.

“Despite the storm that hovered over Cambia Hills of East Bethel, I can assure you that, today, we have the most dedicated and amazing staff who did whatever it took to keep our clients safe and going down a path to their successful treatment here,” Chaplin wrote. “We couldn’t be more devastated for everyone involved and the lasting impact this closure will have on so many. We are truly sorry it ended this way and we thank you for your support.”