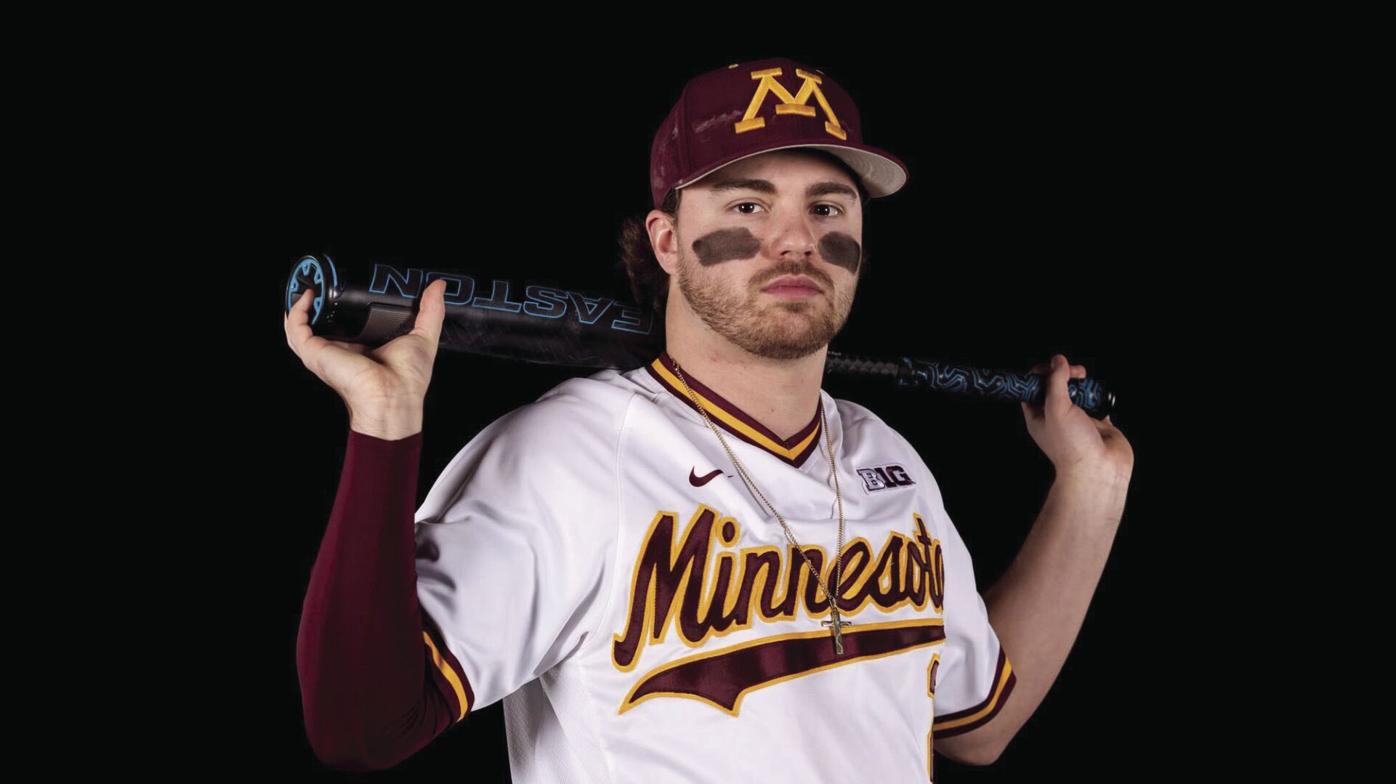 Zack Raabe was drafted in the eighth round of the 2021 Major League Baseball draft by the Milwaukee Brewers. His father, Brian, was selected in the 41st round of the 1990 draft. 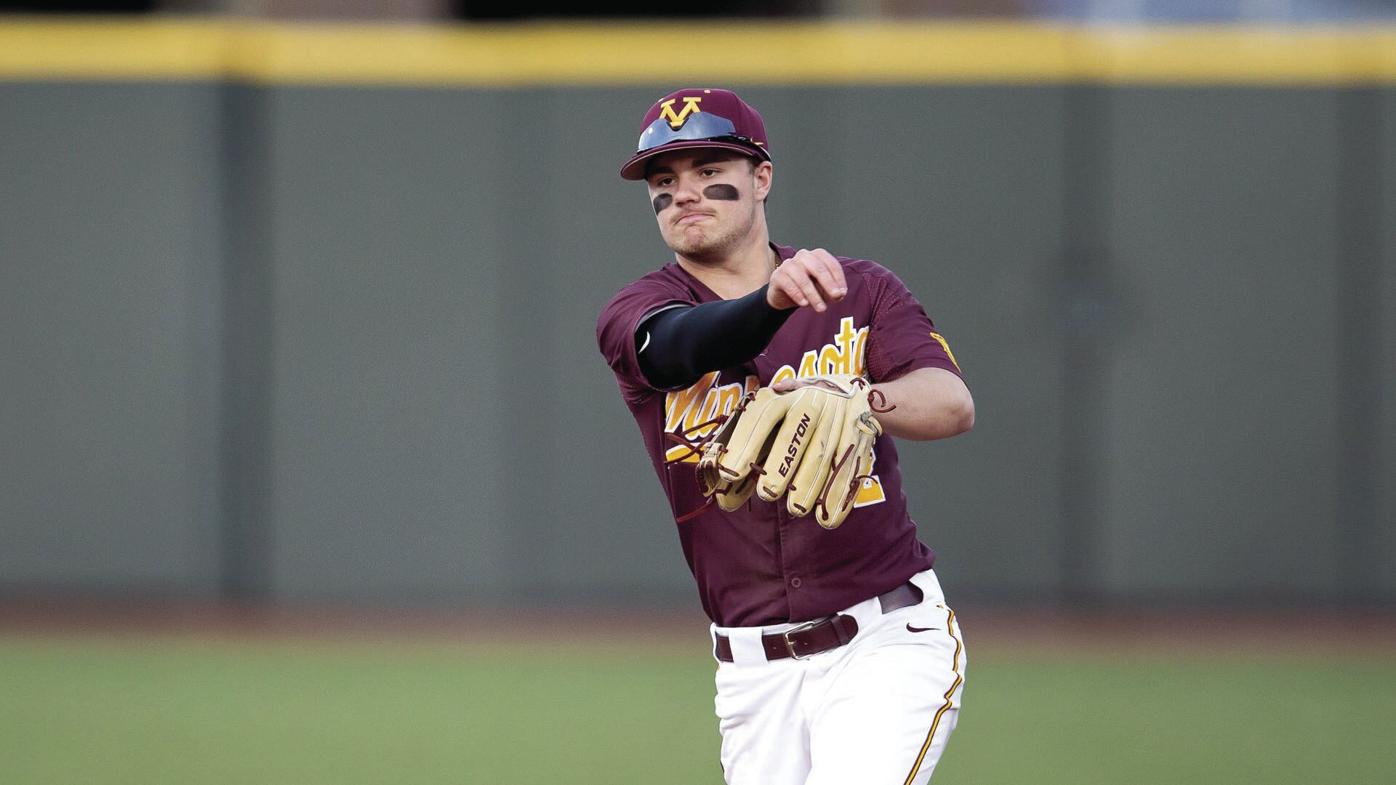 Zack Raabe was drafted in the eighth round of the 2021 Major League Baseball draft by the Milwaukee Brewers. His father, Brian, was selected in the 41st round of the 1990 draft.

The former Forest Lake baseball standout, who has starred for the University of Minnesota baseball team the past few seasons, was selected in the eighth round of Major League Baseball’s amateur draft. When his name was called by the Milwaukee Brewers as the 237th pick in the draft, it caused Raabe to reminisce about the route he has taken to professional baseball.

“I remember going out to a sandlot with my dad to hit ground balls and take BP,” he said. “I was a kid with a dream, and now the dream is becoming a reality.”

The reality is Raabe flew to Phoenix on Tuesday, July 20, to officially sign with the Brewers and probably will begin his pro career in the Arizona Complex League soon after.

“It’s always been my dream to play professional baseball, and eventually play in the Major Leagues,” Raabe said. “This is my chance. I know it’s a grind, but I love the game and I love to play, so I look forward to this opportunity.”

Raabe was a three-year starter at Forest Lake who, as a junior, helped lead the Rangers to a berth in the state tournament. The second baseman continued to shine with the Gophers, hitting .324 for his career while posting a .399 on-base percentage and a .451 slugging percentage.

But while Raabe played well, the Gophers did not. Minnesota’s 6-31 record in Big Ten play pushed them to the bottom of the 13-team league’s standings.

“Growing up, I always wanted to play for the Gophers, and when I joined them, my focus was on winning games for them,” he said. “So this year, it was tough when we weren’t winning. I just tried to do what I could to help the team win.

“But that was tough. It was hard to play with the ups and downs of the season we had, where we obviously didn’t play as well as we wanted to. Mentally, that was challenging.”

Fortunately, scouts kept watching Raabe. Eventually, they began talking to the 5-10, 180-pound middle infielder – but they did not give any indication as to his draft standing.

“Scouts don’t say too much because they don’t want to tip their hands,” Raabe said. “I talked to scouts from every team, and it was kind of like a job interview. They were trying to determine strengths and weaknesses. Then when the draft came up, it got quiet. Really quiet.”

Instead of sitting on a couch twiddling his thumbs while waiting to hear his name called in the draft, Raabe was playing cornhole when his agent called with the news that the Brewers planned to draft him in the eighth round.

“It felt like an hour went by after that call, and I thought the Brewers had passed me up,” Raabe said. “But then I got the call that they had drafted me. I was on cloud nine; it was a blur after that.”

That whirlwind of activity gave Raabe a chance to think about the people who helped him achieve his dream.

“I need to thank my mom and dad, Brian and Valerie,” Zack Raabe said. “I need to thank John Wallner, who let me hit in his pole barn since I was 10 years old, and he really helped with insights about the draft after his son [Matt] went through this a few years ago.

He was especially thankful his father, former Forest Lake baseball coach Brian Raabe, spent all that time hitting ground balls at him during his youth. But Zack Raabe said he will not tease his father, who now is the head coach at Bethel University, for being drafted in the 41st round.

“He may have been a 41st-round pick, but he made it to the major leagues,” Zack Raabe said. “I have some work to do to catch up to him there.”