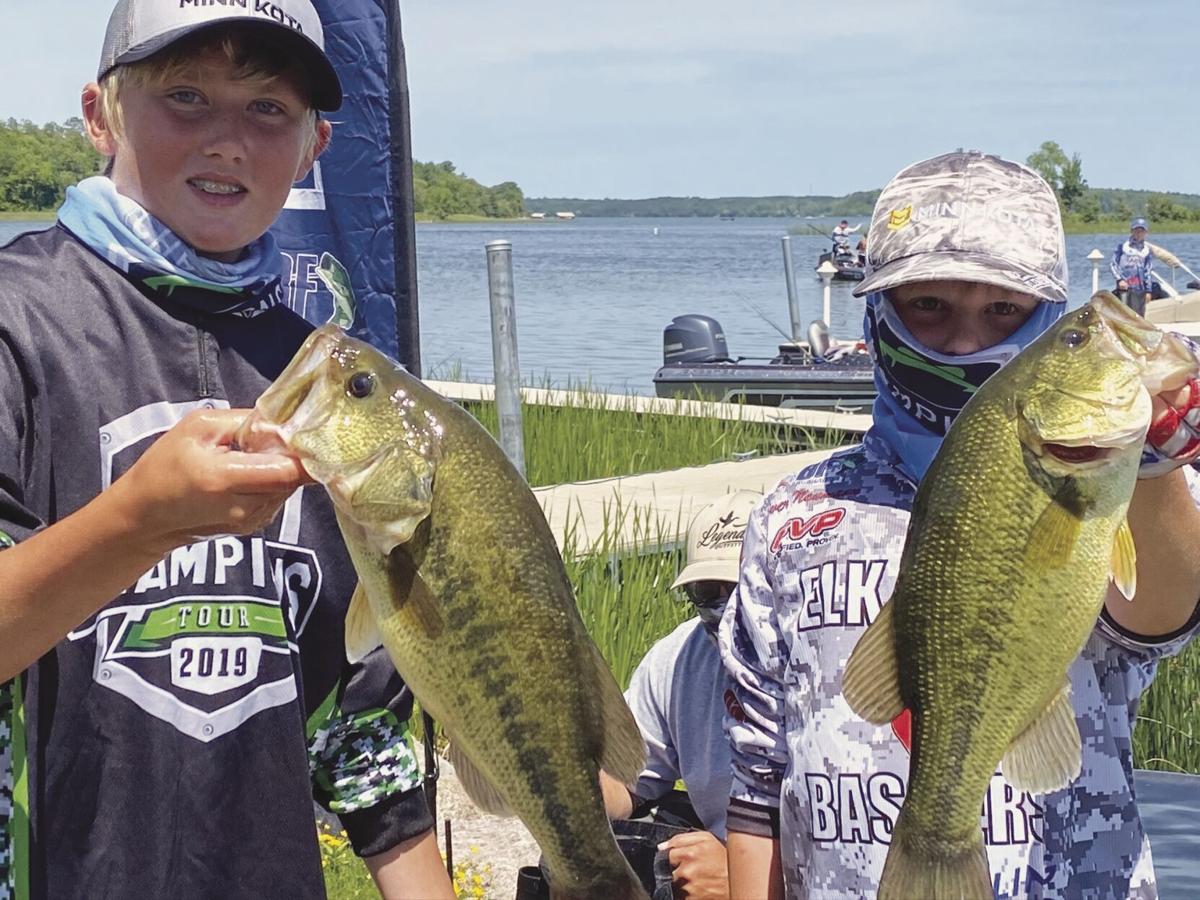 Oliver Neumann (at left) and his brother, Grayden, hold two of their five prize winning fish afterwi nning a state tournament of fishing hosted by the Minnesota Bass Federation on Leech Lake in Walker. 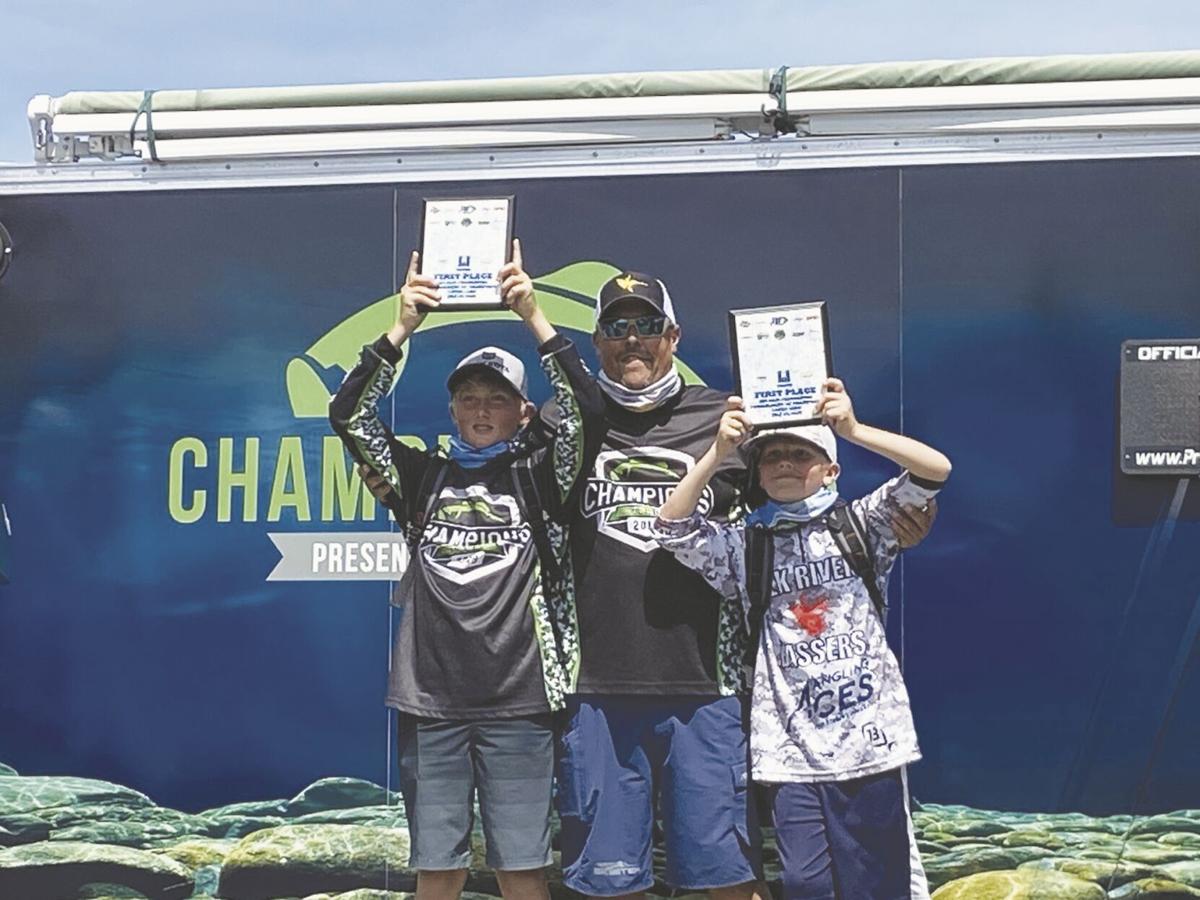 Oliver and Grayden with their father Paul Neumann.

Oliver Neumann (at left) and his brother, Grayden, hold two of their five prize winning fish afterwi nning a state tournament of fishing hosted by the Minnesota Bass Federation on Leech Lake in Walker.

Oliver and Grayden with their father Paul Neumann.

While the Minnesota State High School League was deliberating over the fall sports season, a pair of Zimmerman youth were practicing their favorite sport: competition fishing.

They are fresh off winning the Minnesota Bass Federation Juniors State Championship in July on Leech Lake in Walker.

Oliver “Ollie” Neumann, 12, and his brother, Grayden “Gray” Neumann, 10, are on the Elk River juniors bass team for anglers. By winning, the two-person team will represent Minnesota at the Junior World Championship next summer at a location to be determined.

Angling programs for youth in Minnesota have exploded in popularity, according to Paul Neumann, the Champions Tour Tournament Director. He’s also the father of Ollie and Gray.

Much of this year’s fishing contests have been canceled due to COVID-19, but this one went on.

There were 18 two-person teams that competed, and each team has an adult or parent that serves as a boat captain with limited involvement. The young anglers pick their fishing spots, cast and tie their own knots. Adults can only help land the fish they reel in with a net and unhook if need be. They fish for largemouth bass.

Each team had a five-fish limit, and each has to be at least 12 inches long and winners are picked on the basis of total weight. The Neumann brothers caught 9.97 pounds worth of largemouth bass, beating the second closest competitor at 7.71 pounds.

They had a distinct advantage, but they needed nearly every minute of their six-hour fishing excursion.

They headed to shore feeling good they caught the limit, but with no idea how the others had done. Turns out they were the only two-person team to catch five. They were awarded trophies and a tackle bag filled with lures and other fishing gear from tournament sponsors.

“It was really fun,” Gray said.

Ollie caught the biggest of the five fish and three of the five. The fish must be alive to be considered and they are all returned to the water to be caught another day.

The pair will find out in March 2021 where the tournament will be. Last year’s was held at Mosquito Creek Lake at an Ohio State Park in Thrumbull County, Ohio.