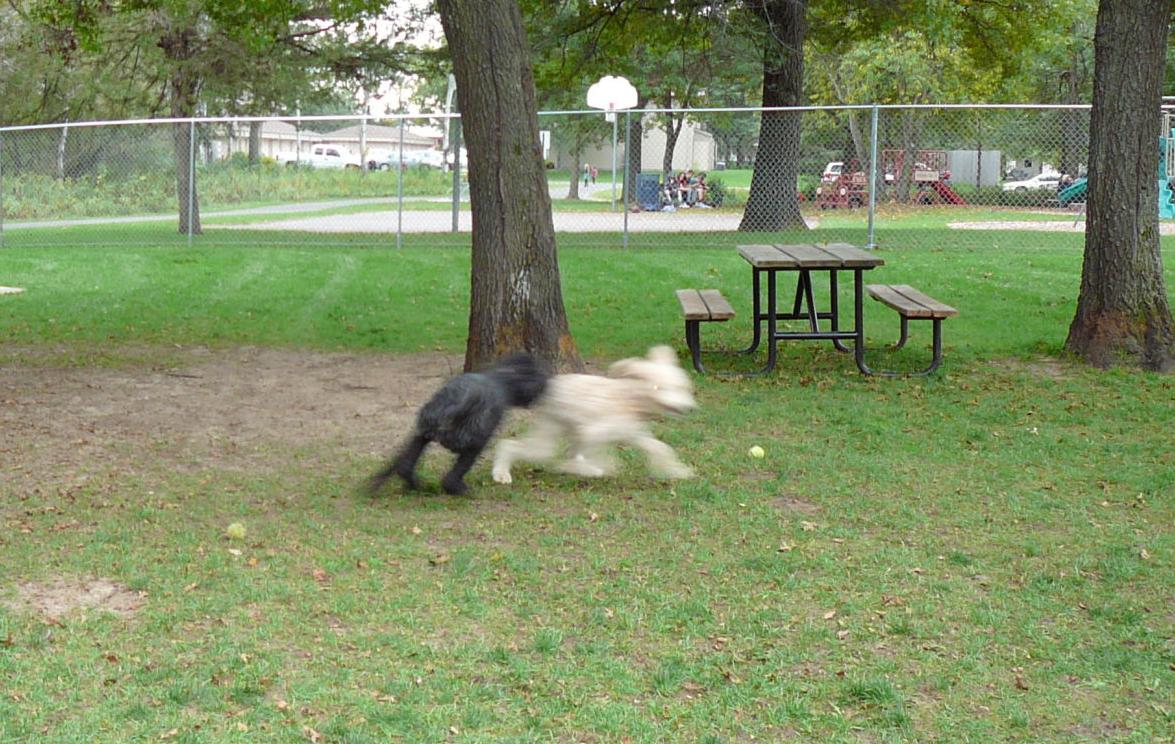 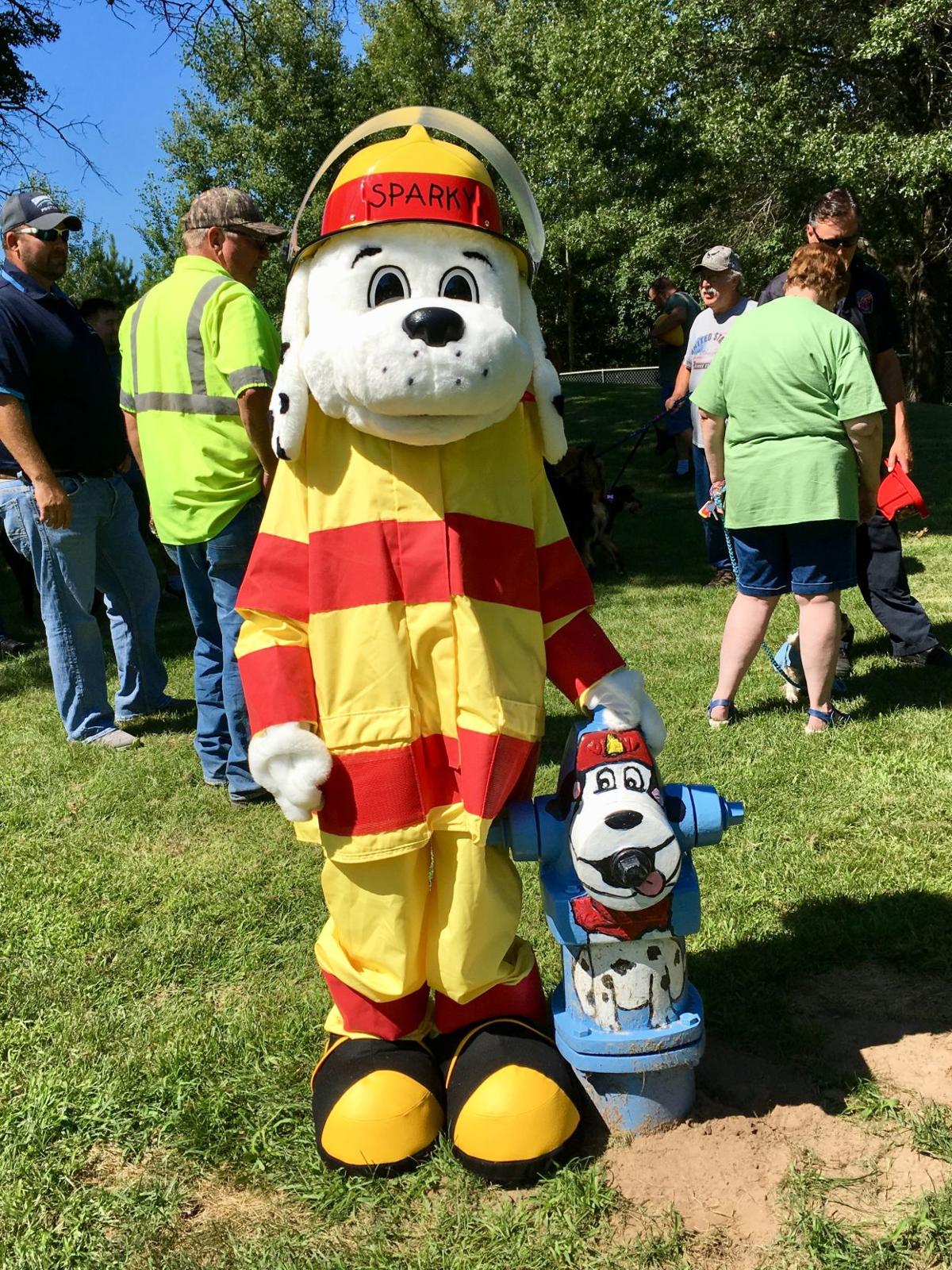 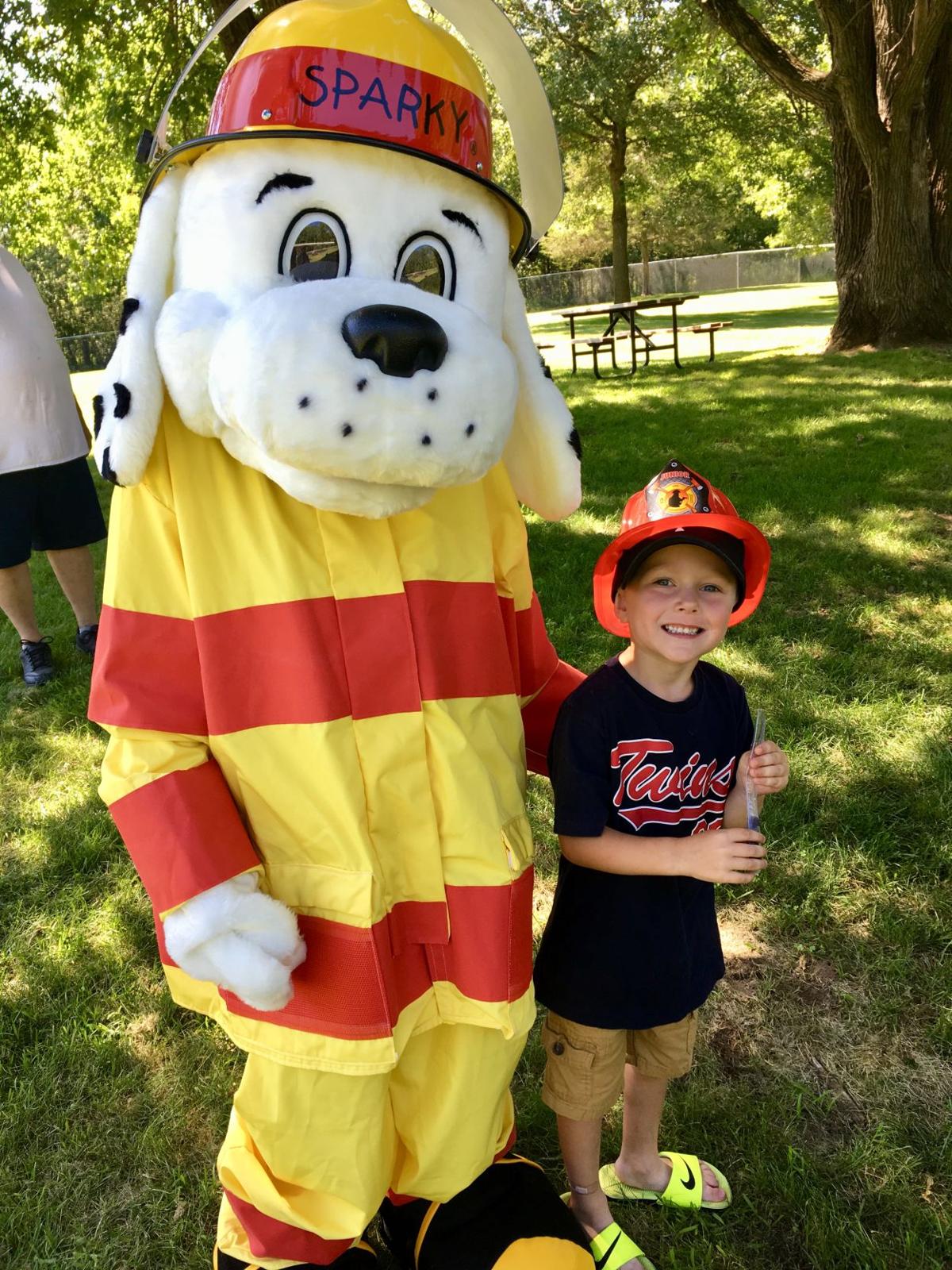 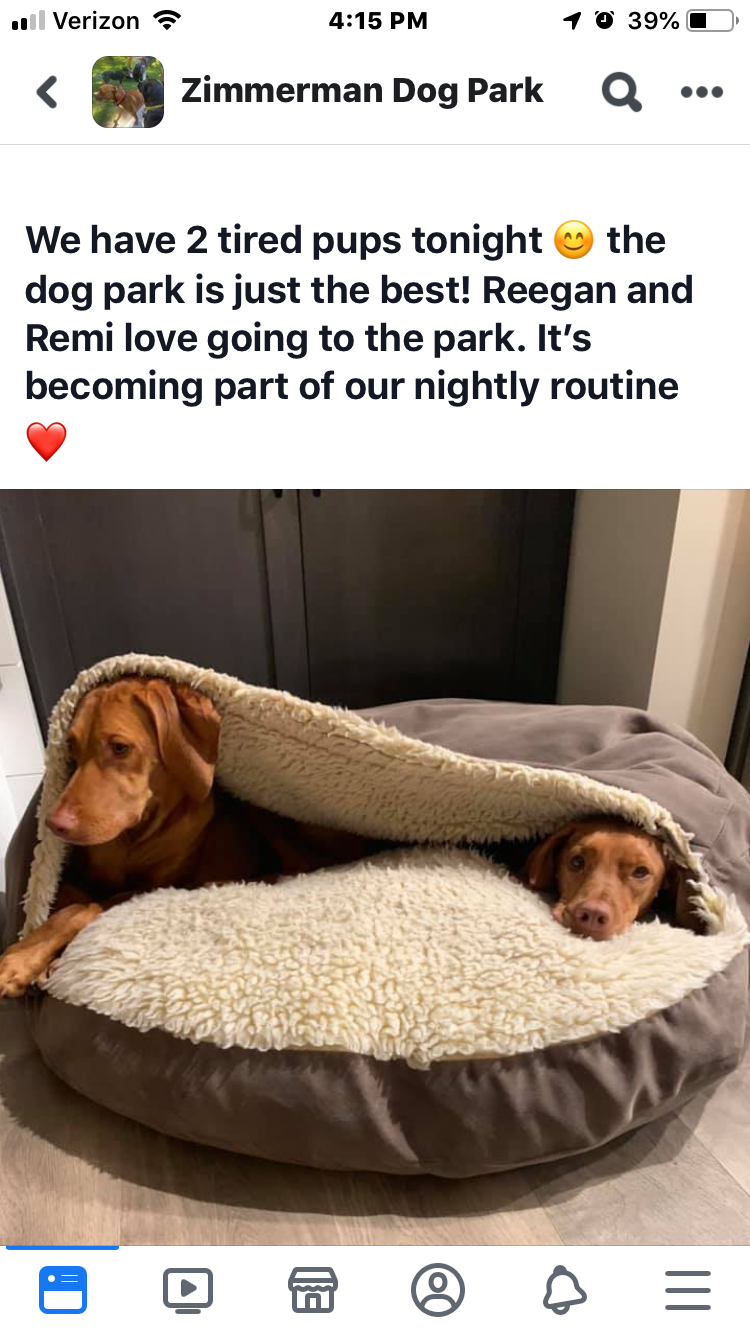 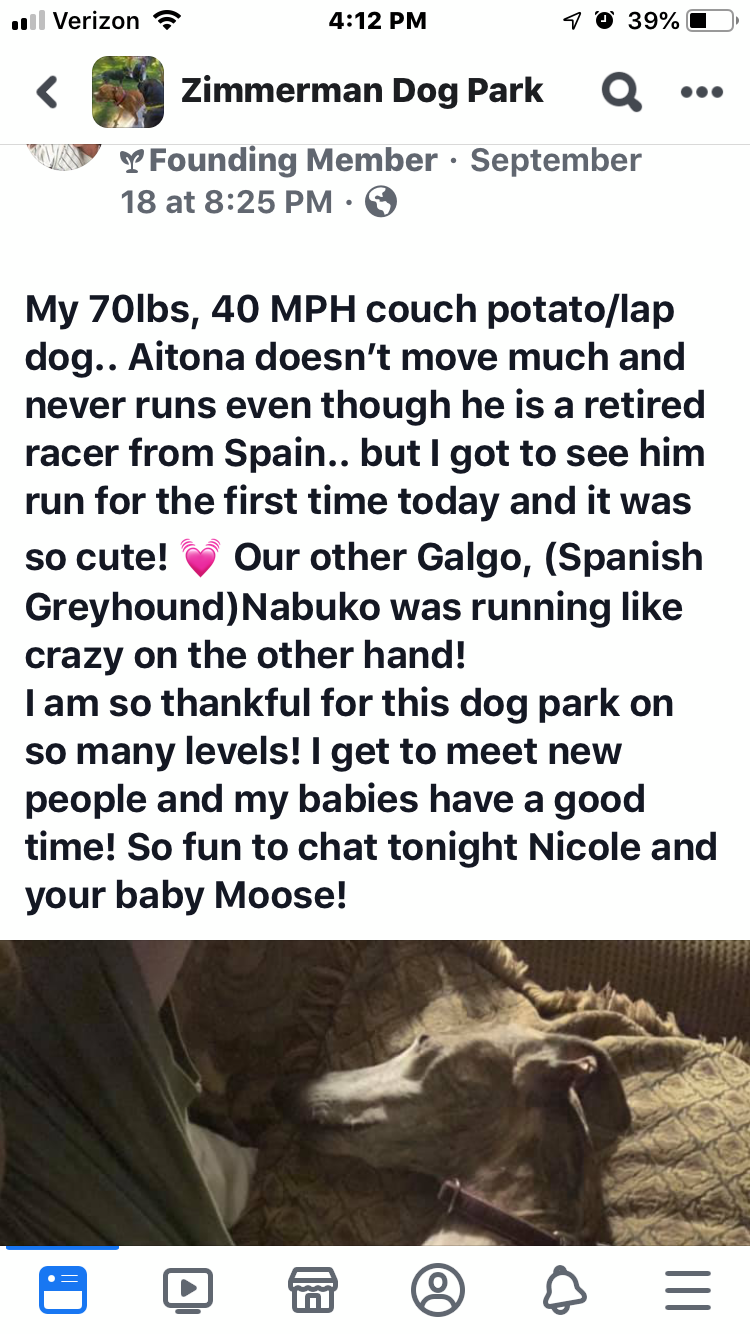 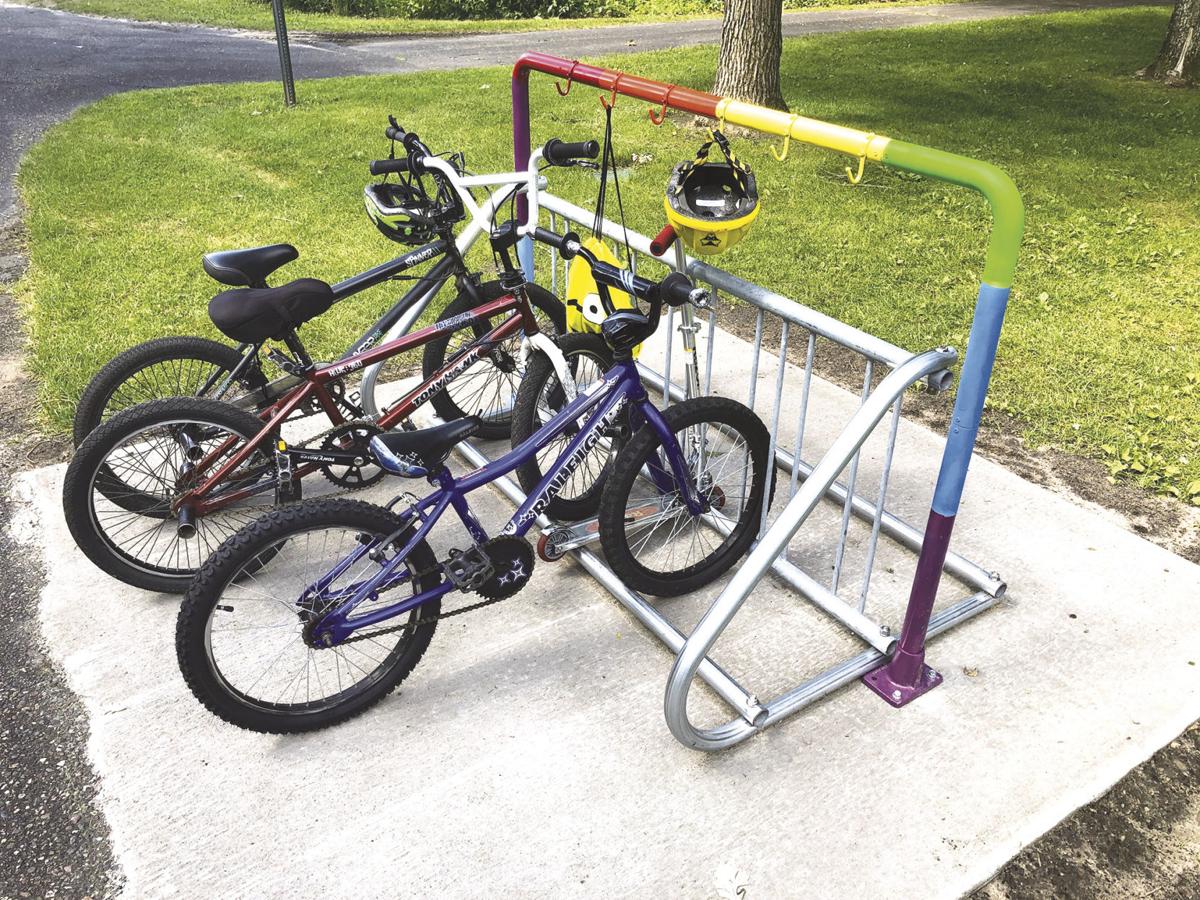 The new 1-acre dog park at Firemen’s Park, 13125 Woodview Lane, in Zimmerman, has given dogs something to bark about. Their owners are saying good things about it too.

It opened on July 26 and has gone from being the least used park in the city to the most used, Zimmerman City Council Member Josh Bondhus and Public Works Director Keith Koehler told the Star News.

It cost the city $2,500 to add the dog park to its parks system, and it got plenty of input and support to get it up and running successfully.

The facility is open and spacious with large shade trees and is surrounded by other mature trees and shrubs.

“You don’t even know you’re in town when you’re in here,” Koehler said of the dog park.

Koehler’s enthusiasm is easy to see when he talks about the park. He says the effort all started when he noticed the open grassy area behind the playground was underutilized.

It also seemed that the park suffered from frequent disturbances and property damage.

Working with the Park Board and the City Council, Koehler advocated for the authority and funds to proceed with a dog park. It’s now the only dog park between Elk River and Princeton. A second dog park could be considered, but the first one will be given a year to see how it goes.

Koehler says the entire community can thank a generous and civic-minded local family who contributed but want to remain anonymous.

Praise for the park has turned up on Facebook.

One person commented: “I just want to thank the City for the dog park. I live alone with my dog and going through some hard times. Just going to the park and watching my dog have so much fun lifts my spirits. It is also nice to talk to the other dog owners.  Momentarily makes me forget my problems. Thank you!!!”

Another person posted: “My 70-pound couch potato/lap dog doesn’t move much, ... but I got to see him run for the first time today and it was so cute! ... I am so thankful for the dog park on so many levels! I get to meet new people and my babies have a good time.”

Koehler is proud that the 6-foot chain-link fence around the perimeter of the dog park was made from donated and recycled fencing. He said his public works crew put in many hours both restoring and installing the fence. With its installation, a trail just outside it is being used more frequently for walking by the general public.

Koehler also pointed out the double-gated concrete entry to the park that provides safe ingress and egress for energetic dogs.

Bondhus said: “Keith has great vision and a great crew. They do a lot with not much funding for our parks.”

Bondhus also credited Koehler for gathering support from the community and for seeking grants.

Because of the dog park improvement, a crosswalk was installed on Woodview Lane.

The local Zimmerman Bar and Grille has an open-air patio that welcomes dogs in warmer weather, so patrons there can walk to the dog park and vice versa.

Koehler enjoyed talking about the new bike rack at the playground section of the park, which has the fingerprints of a young child who asked: “Why are you making a dog park?”

He asked the child if she would like to draw a design for a bike rack and send it to him. She did, and even included a place for bicyclists to hang their helmets.

The bike rack was made in the public works’ shop of recycled materials and is painted in rainbow colors, as designed by the child.

Bondhus said that the Zimmerman Park Board has been working on improving other parks, including the concession building at Lion’s Park on Main Street. Additional security cameras and lighting are also being considered.

Bondhus said the Zimmerman Park Board is excited about proceeding with future projects to enhance community life in Zimmerman. Koehler said he “has lots of ideas for improvements, including perhaps concrete pads for the picnic tables and benches in the park,” subject to appropriate approvals.

“I believe the city needs to draw people out to take pride in their community,” Whiting said.