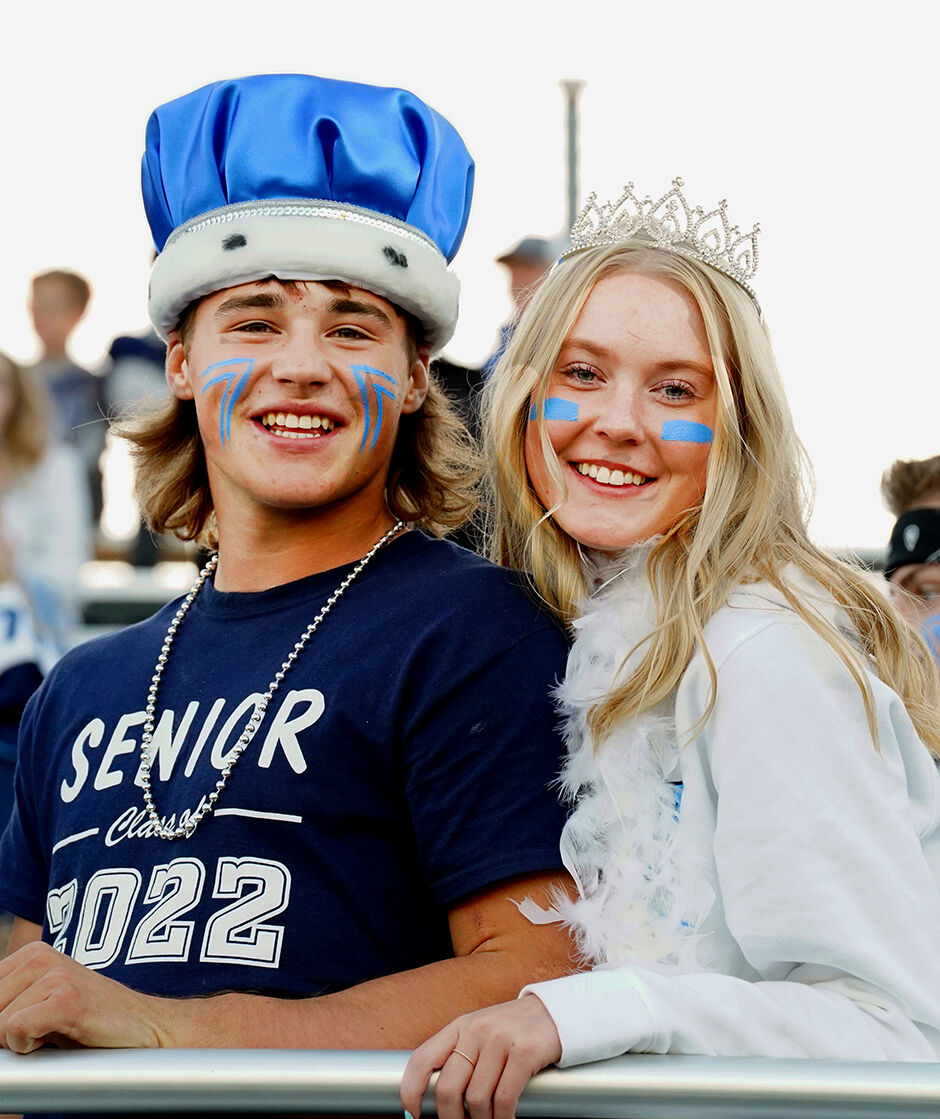 Senior Joe Gardas, a member of the wrestling team, and senior Abby Benson were crowned homecoming king and queen. 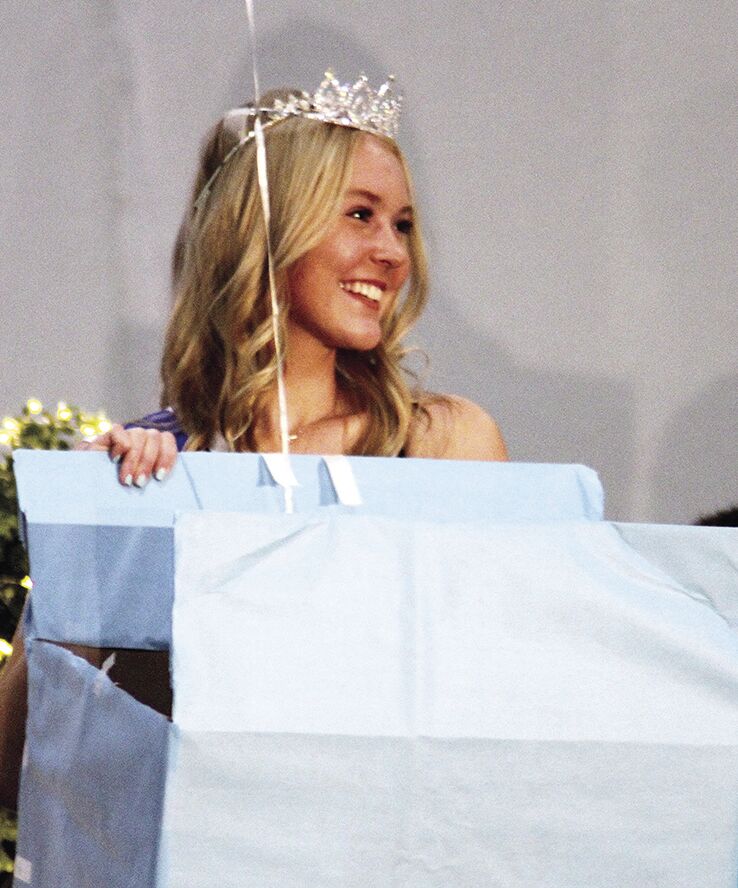 Abby Benson after realizing she was her high school’s homecoming queen.

Senior Joe Gardas, a member of the wrestling team, and senior Abby Benson were crowned homecoming king and queen.

Abby Benson after realizing she was her high school’s homecoming queen.

After the 2020 pep fest was reorganized into a virtual pep fest last fall due to COVID-19, a large crowd of Zimmerman High School students packed the gym for a festive 2021 pep fest, including the crowning of the homecoming king and queen as well as fun and games.

Senior Joe Gardas, a member of the wrestling team, and senior Abby Benson were crowned homecoming king and queen. The winner was crowned after each of the four nominees for king and queen respectively opened boxes containing three navy balloons and one light blue balloon. Whoever opened the box with the light blue balloon was crowned king and queen. Gardas and Benson opened the boxes as the crowd of students and staff roared with delight. Both Gardas and Benson were crowned by Zimmerman Assistant Principal Kurran Sagan.

Twice a week during lunch period, the students played games with their classmates, such as Pictionary. Each grade was broken off into teams. On Thursday, there was a makeup contest, where boys tried to put makeup on girls in 90 seconds or less.

“It’s so much fun when the atmosphere is going and the kids are laughing and dancing and cheering on their school,” Bjork said. “It was a great way to have [pep fest]. The kids were loud. It was super fun, and the kids got into it. Only juniors and seniors have ever been to a pep fest before. It was the freshman and sophomores’ first high school pep fest.”