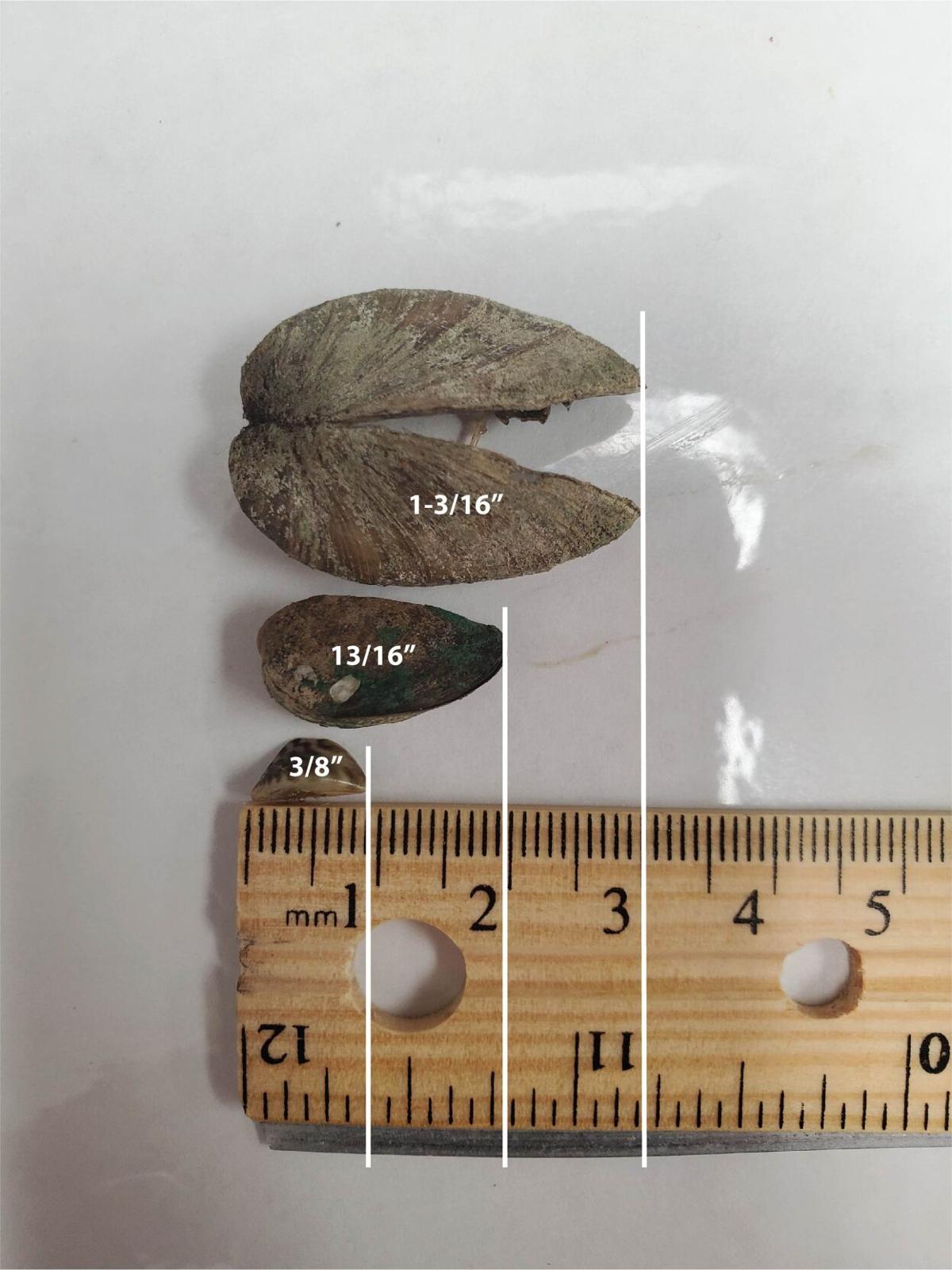 A ruler shows zebra mussels are small, but they wreak havoc. 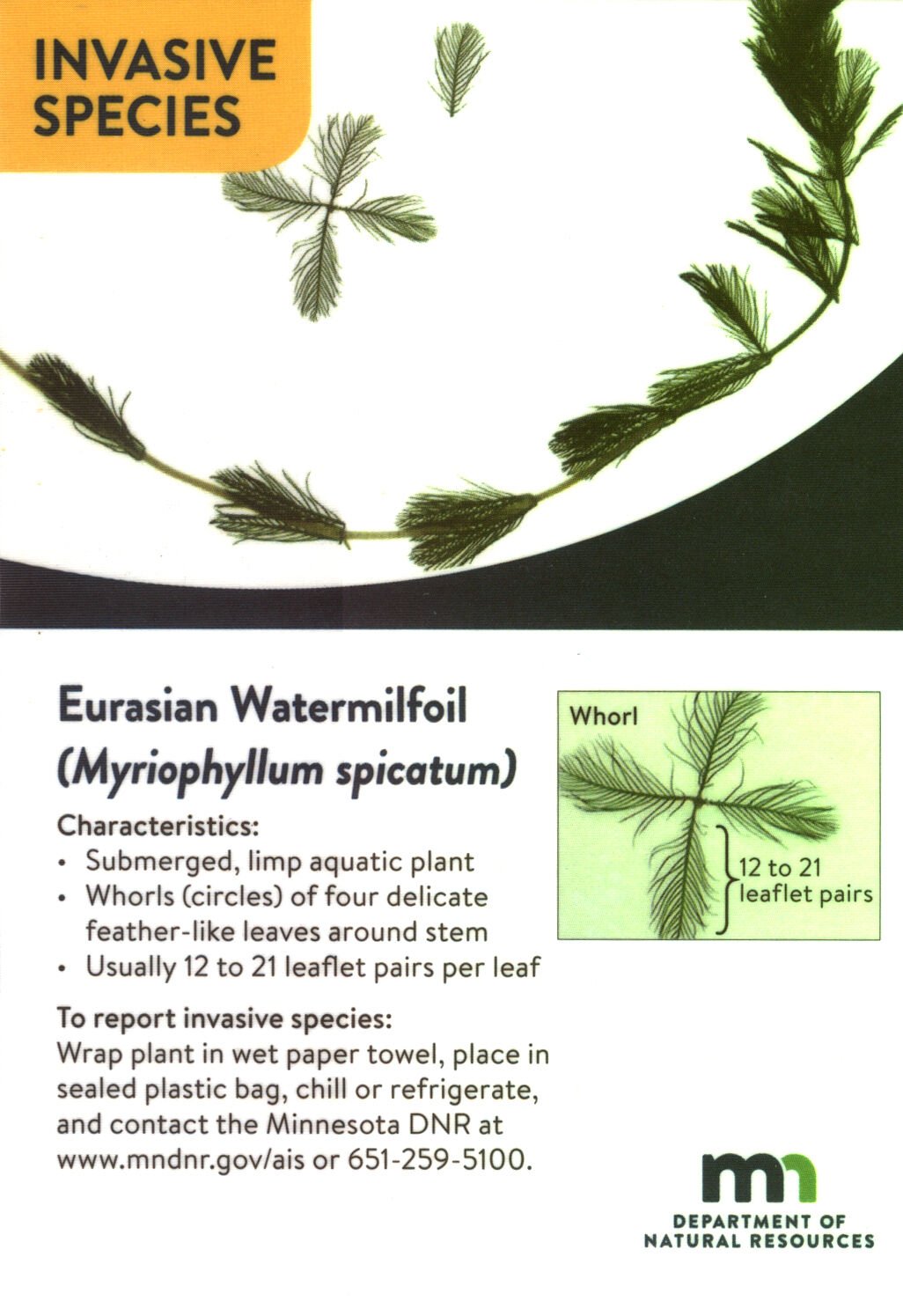 A ruler shows zebra mussels are small, but they wreak havoc.

The drawdown of Lake Orono has led to the unfortunate discovery of aquatic invasive species.

The Minnesota Department of Natural Resources has confirmed the presence of zebra mussels in Lake Orono in Elk River. This is the first time zebra mussels have been confirmed in a Sherburne County lake.

“It is very unfortunate that Eurasian watermilfoil, zebra mussels and rusty crayfish have been found in Lake Orono,” said Dan Cibulka, the senior water resource specialist with the Sherburne Soil and Water Conservation District.

Cibulka said all of the invasive species are believed to be at a very low level of infestation, but it is difficult to tell what the impact on the lake will be.

“We do know that in some lakes these species can very drastically change the native ecosystem,” he said. “We also know that in others, they are present but do not alter the native ecosystem significantly. There are likely conditions with the lake sediment, water clarity, water chemistry, and competition with native species that dictate whether an invasive will have a large impact or not. Time will tell for Lake Orono.”

The DNR received multiple reports of zebra mussels as the lake was drawn down recently. Through a DNR permit, the city of Elk River drew down the lake level to prepare for sediment removal this winter to restore water depth. A DNR invasive species specialist found a reproducing population of zebra mussels at two locations, ranging in size from young of the year to adult.

While zebra mussels have not been eradicated from any lake after becoming established, early detection and heightened prevention efforts can help protect other bodies of water.

The drawdown gave officials the opportunity to detect zebra mussels and rusty crayfish.

“They are at a very low population, so finding them with the lake at full level would be difficult,” Cibulka said. “The drawdown will likely impact all three invasive species, but at this point the extent of impact is unknown.”

“In Lake Orono the entire known population of EWM (Eurasian watermilfoil) is within the drawdown and dredging area, so it is possible for very good control of EWM,” he said. “However we need to be aware that the plant could bounce back, especially if there are plants located in deeper areas of the lake that will hold water through this winter.”

Similarly for zebra mussels, the drawdown will expose those that have been found along the rocky shorelines of the lake to freezing cold weather, so they can expect good control in these locations, Cibulka said.

“Should any zebra mussels currently be residing in deeper areas of the lake, they could survive the winter and be present next year,” he said. “The unknown we are faced with is how many mussels survive to next year, and are their numbers sufficient enough to produce young next summer?”

“The city of Elk River, the SWCD, and lake residents have had a great partnership of monitoring conditions in the lake and we have a plan in place for continued efforts here,” Cibulka said. “Monitoring the aquatic plants, water chemistry and AIS within the lake will help to answer some of these questions in the years to come.”

Brandon Wisner, the stormwater coordinator for the city of Elk River, said the lake drawdown was completed by Elk River Municipal Utilities and city staff via the dam.

“Dredging within the lake is anticipated to start sometime around the end of November,” Wisner said. “This is weather dependent, as a cold temperatures are needed to allow solid driving surfaces within the lake. The drawdown has uncovered some areas of trash/debris, which isn’t uncommon.”

Residents who live on the lake are being armed with information to help with the further identification of the species in the lake. They are being asked to take pictures and put specimens in a plastic bag with water and to note where they were discovered before alerting Cibulka.

Whether any invasive species has been confirmed in a lake, Minnesota law requires boaters and anglers to:

•Drain all water by removing drain plugs and keeping them out during transport.

•Dispose of unwanted bait in the trash.

Some invasive species are small and difficult to see at the access. To remove or kill them, take one or more of the following precautions before moving to another water body:

•Dry for at least five days.

Zebra mussels are an invasive species that can compete with native species for food and habitat, cut the feet of swimmers, reduce the performance of boat motors and cause expensive damage to water intake pipes.

More information is available at mndnr.gov/ais.