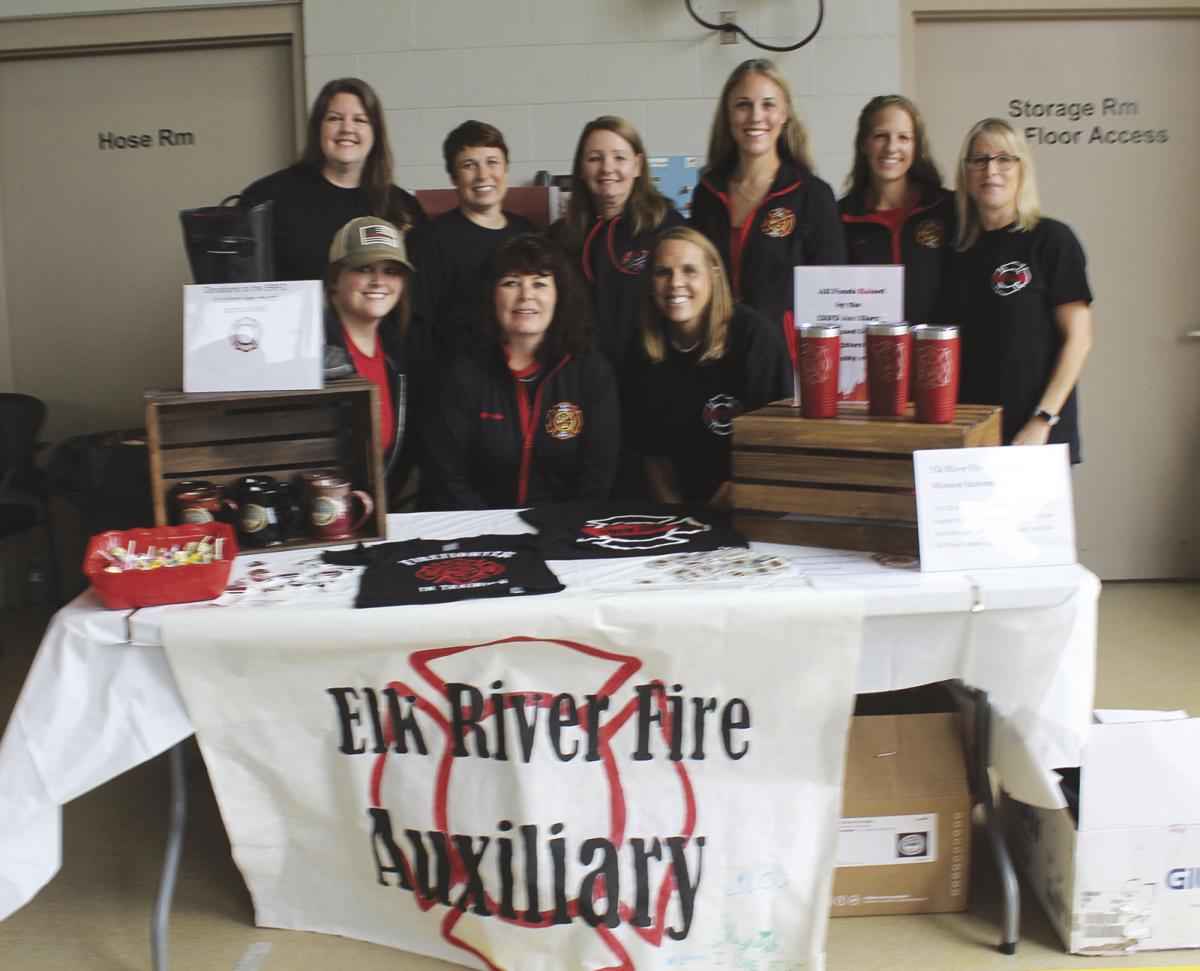 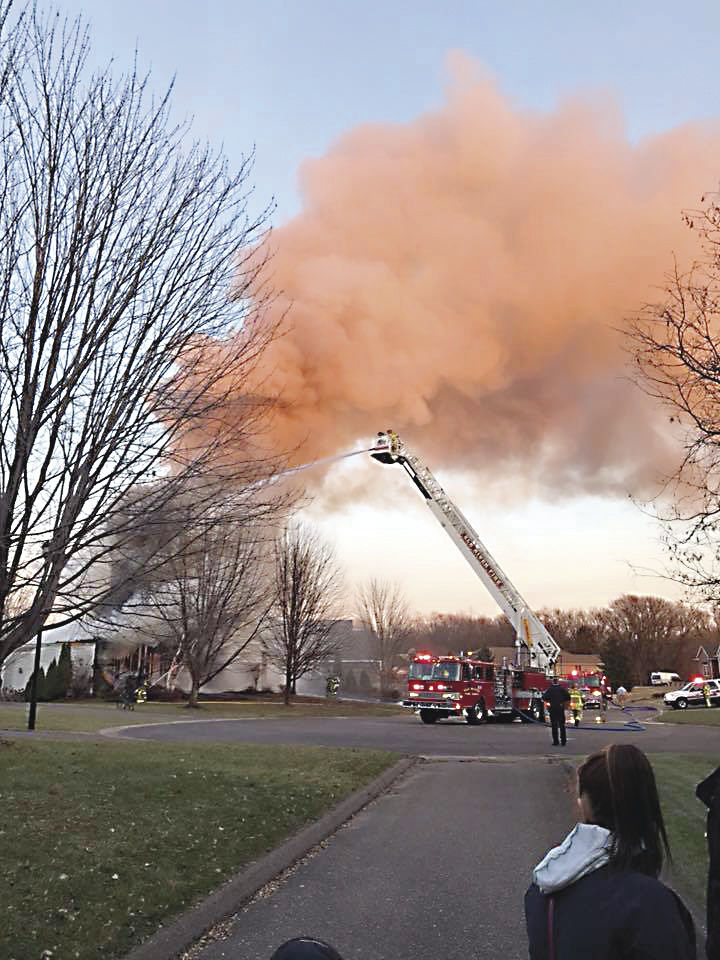 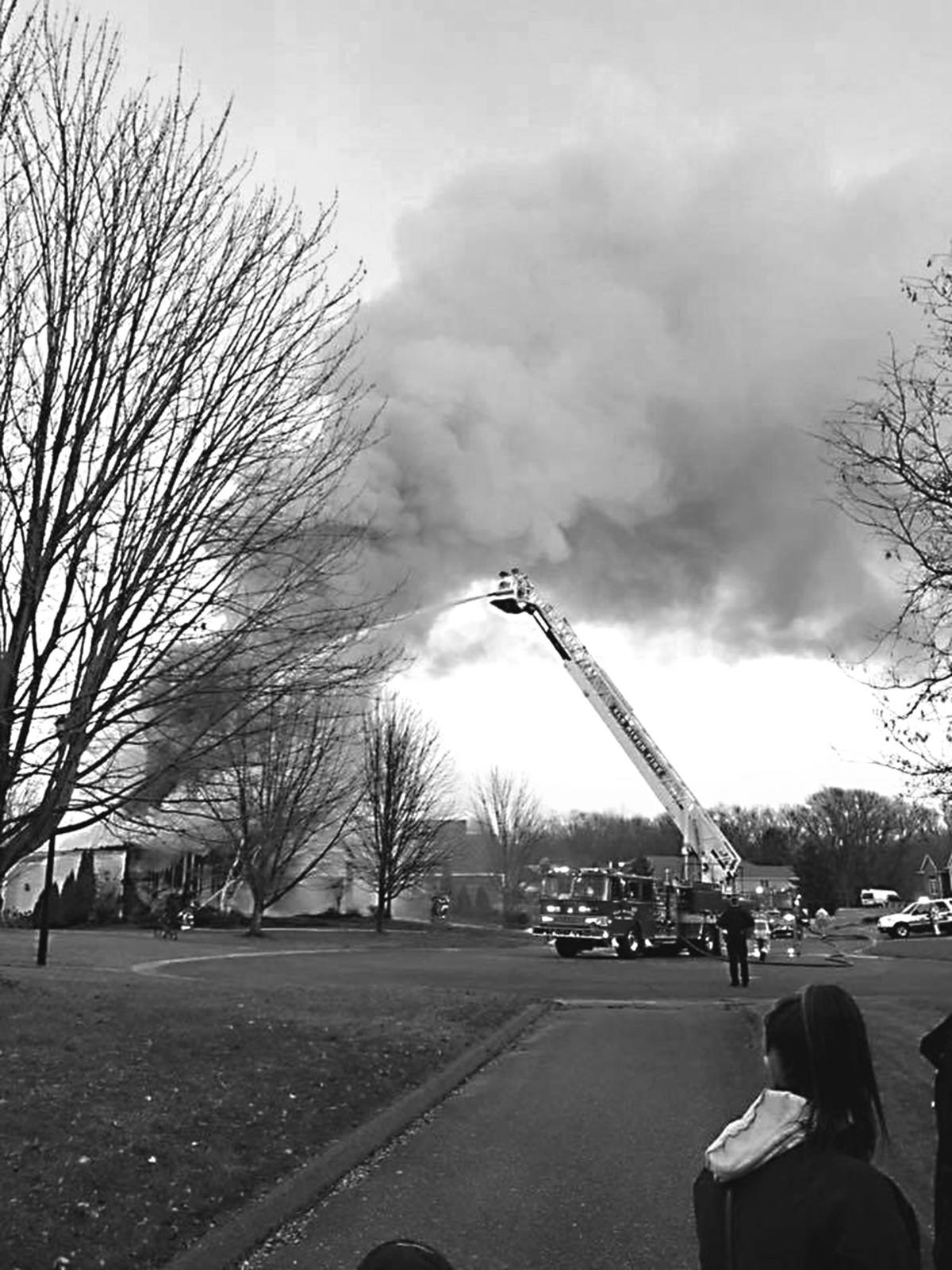 For Missy Wilson, wife to Matt, who has been with ERFD for three years, the decision to start the group was a no-brainer. Firefighting runs in her family: Her dad was a firefighter in Crystal for 23 years, and her grandfather was with the same department for 50 years. Her husband’s dad served with the Robbinsdale department for 15 years.

She remembers how important the auxiliary was in her own life growing up. The women would frequently get together for monthly book clubs, crochet nights, and other events, as one of their primary goals was to build community for the families in the department.

“I grew up having the auxiliary and the kids being present at all of these events. It was like a family,” she said. “I want my kids to feel the same way, that they have this automatic group of larger extended family with the firefighter families.”

Wilson broached the idea to a few of the other spouses and they decided to gauge interest by holding an informational meeting last April.

“We completely filled the training room with girlfriends and spouses,” she said.

The group launched soon after that initial meeting, and just recently completed the paperwork for nonprofit status. They have identified several goals for the coming year to both support their fellow firefighter families and the community at large.

On an external level, the auxiliary hopes to fill in and meet the needs of community members whose lives are impacted by fire or other disasters where first responders are called in to help. As Wilson explained it, the Red Cross and other agencies are great at providing emergency housing and short-term assistance to families in need. However, the spouses in the auxiliary know that there are often unmet, immediate needs that victims don’t even realize: toothbrushes, phone chargers, gift cards for gas and food.

“There are so many ways we can help in those first hours after a disaster,” Wilson said.

They would also like to help increase the visibility of the fire department in the community. The department hosts an annual open house, firefighters often visit local schools, and they also organize the Operation: Fill a Truck event to collect toys for local children during the holidays. Wilson and the rest of the auxiliary would like to see the toy drive grow by collecting more gifts and identifying more children in need, and they have partnered with the department to help run the toy drive this year.

The auxiliary would also like to sponsor scholarships for kids in the community and are hoping that future fundraising events will provide the monies needed for this particular goal. Right now, the group has mugs and T-shirts for sale, but their plan is to sponsor and host events that will help raise money for both the scholarship program and for the department to purchase equipment they might need but don’t receive funding for. With 50 firefighters in the department, they have a lot of resources to tap for this endeavor. “We are a huge group of people who can do so much,” Wilson said.

In addition to assisting the greater community, the auxiliary was also formed to help a little closer to home. Building relationships between the families is a primary goal for the auxiliary.

“The guys see each other all the time during calls,” Wilson said. “But the children and the spouses just don’t see each other unless there are events put on by the department.”

One event the group immediately started to help address this was Saturday breakfasts at the station. The breakfasts are held twice a month, and families are invited to come for a meal and stay to socialize. Adults chat over coffee and breakfast, and kids play together in the station. Retirees from the department often stop by to share breakfast and reminisce, and police officers and ambulance crew members often swing by too.

“It’s a fun way to have everyone get together,” Wilson said.

Along with the fun events, the auxiliary is also helping the department in practical ways too. With paid on-call firefighters, individuals responding to a call must leave whatever they are doing and head immediately to the station. For some firefighters, this presents a challenge. Many come from dual-income households, so if a spouse is at work and a call comes in, firefighters who are home with kids often can’t respond.

The auxiliary decided to create a system where spouses can step in and help when these situations crop up. If a firefighter is responding to a call, his on-call spouse would come with him to the station and then stay there and provide child care to other firefighters also responding.

“It means more firefighters can respond to calls,” Wilson said.

Jessica Provo agrees. Her husband, Brian, is out of town for several weeks this fall and unable to answer calls, but she sees this as a prime opportunity to help her fellow firefighter families. She told her husband, “Give me your fire pager, and when there’s a big call, I can go to the station and say, ‘OK, Jessica Provo is going to be here to watch your kids.’” Not only does this help the greater community by ensuring more firefighters are available when those calls come in, but it helps build the relationships among the firefighter families.

And that, ultimately, is the goal the auxiliary set when they formed earlier this year: building connections and building community.

For more information about the auxiliary, or to purchase mugs or T-shirts, send an email to ERFDAuxiliary2019@gmail.com.