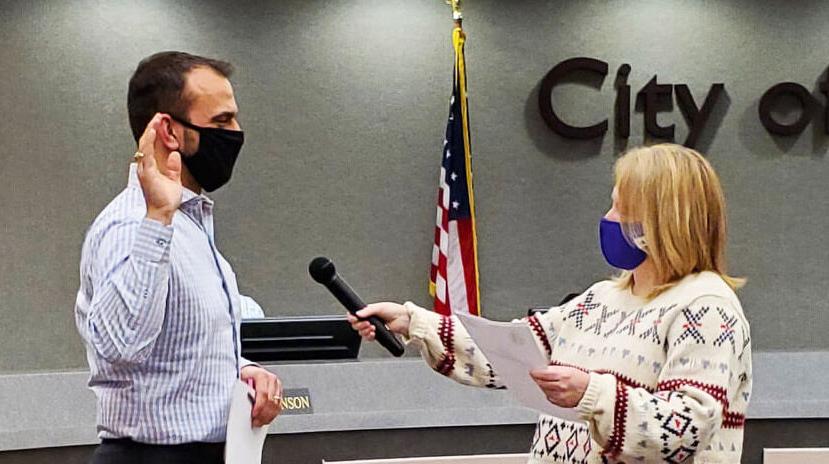 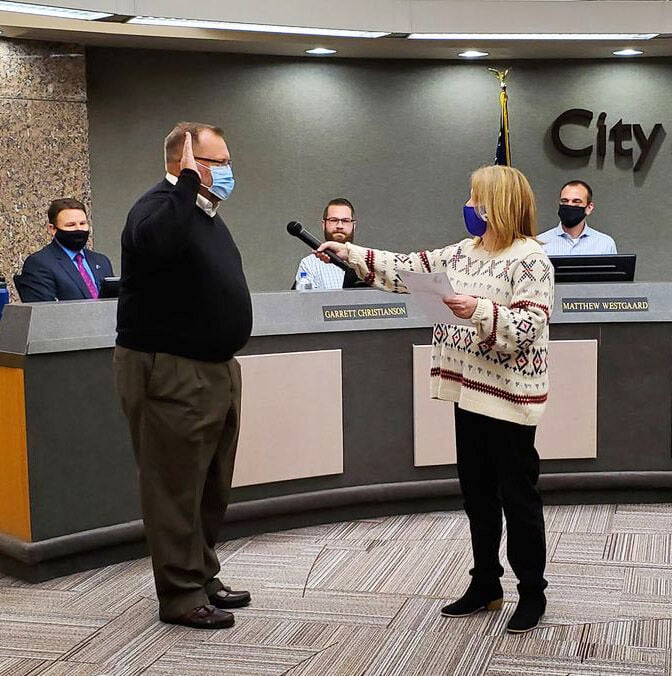 Mike Beyer was sworn in to a seat on the Elk River City Council.

Mike Beyer was sworn in to a seat on the Elk River City Council.

Matthew Westgaard was sworn in to his fourth term on the Elk River City Council, and Mike Beyer was sworn in afterward for the first time at the council’s first meeting of the year on Jan. 4.

Ward 2 Council Member Westgaard defeated challenger Mary McDevitt Kraljic in the Nov. 3 election by a vote of 1,901 to 1,186. Ward 3 Council Member Beyer defeated fellow newcomer to city politics Josh Hassing by a vote of 1,457 to 1,076 votes to earn the seat that was vacated by Nate Ovall, who decided not to run for reelection. Beyer was joined by his wife, Stacy, and their son, Cade. Elk River Mayor John Deitz offered Beyer a chance to have some photos snapped of his wife and son together in front of the council dais.