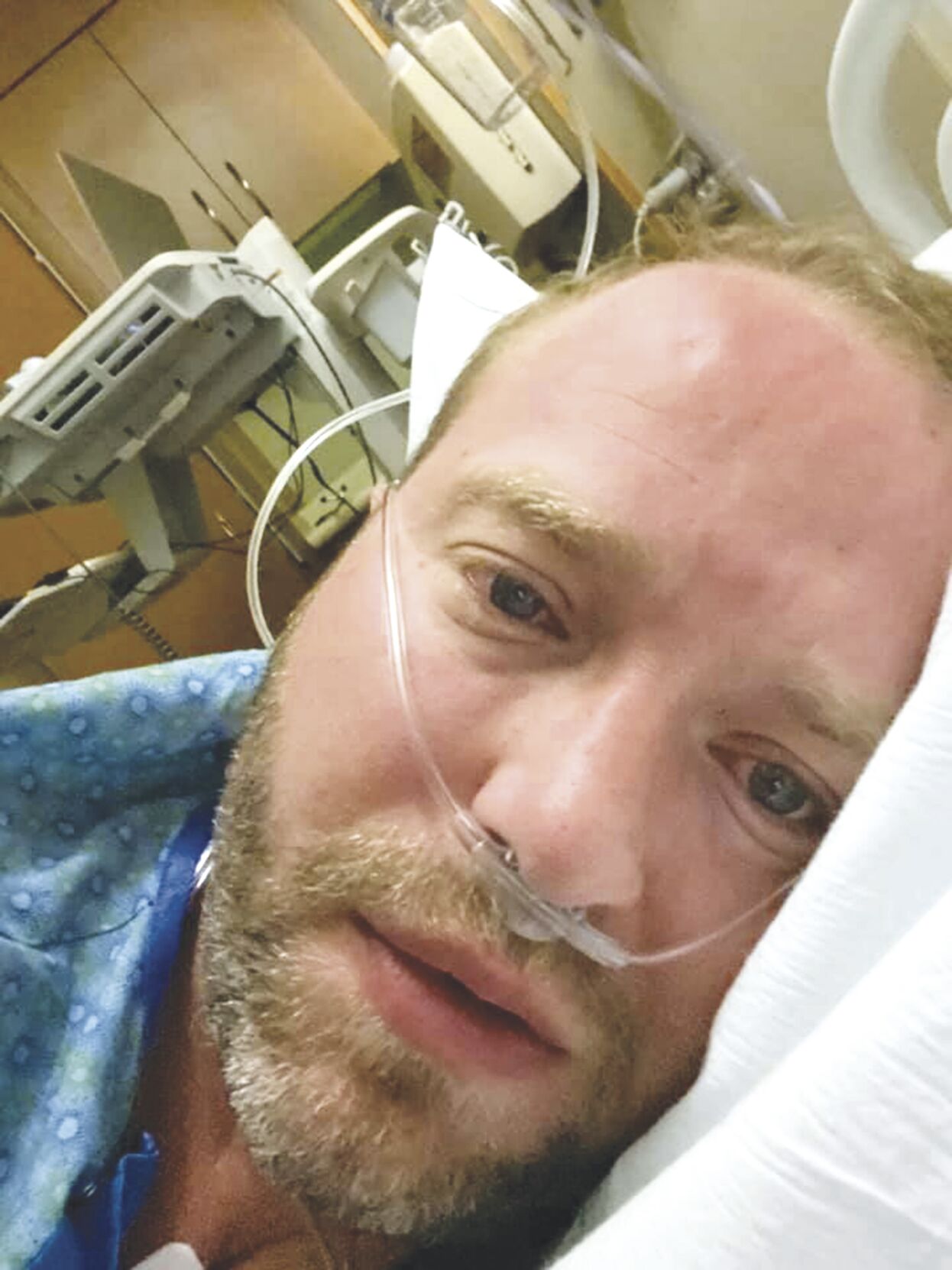 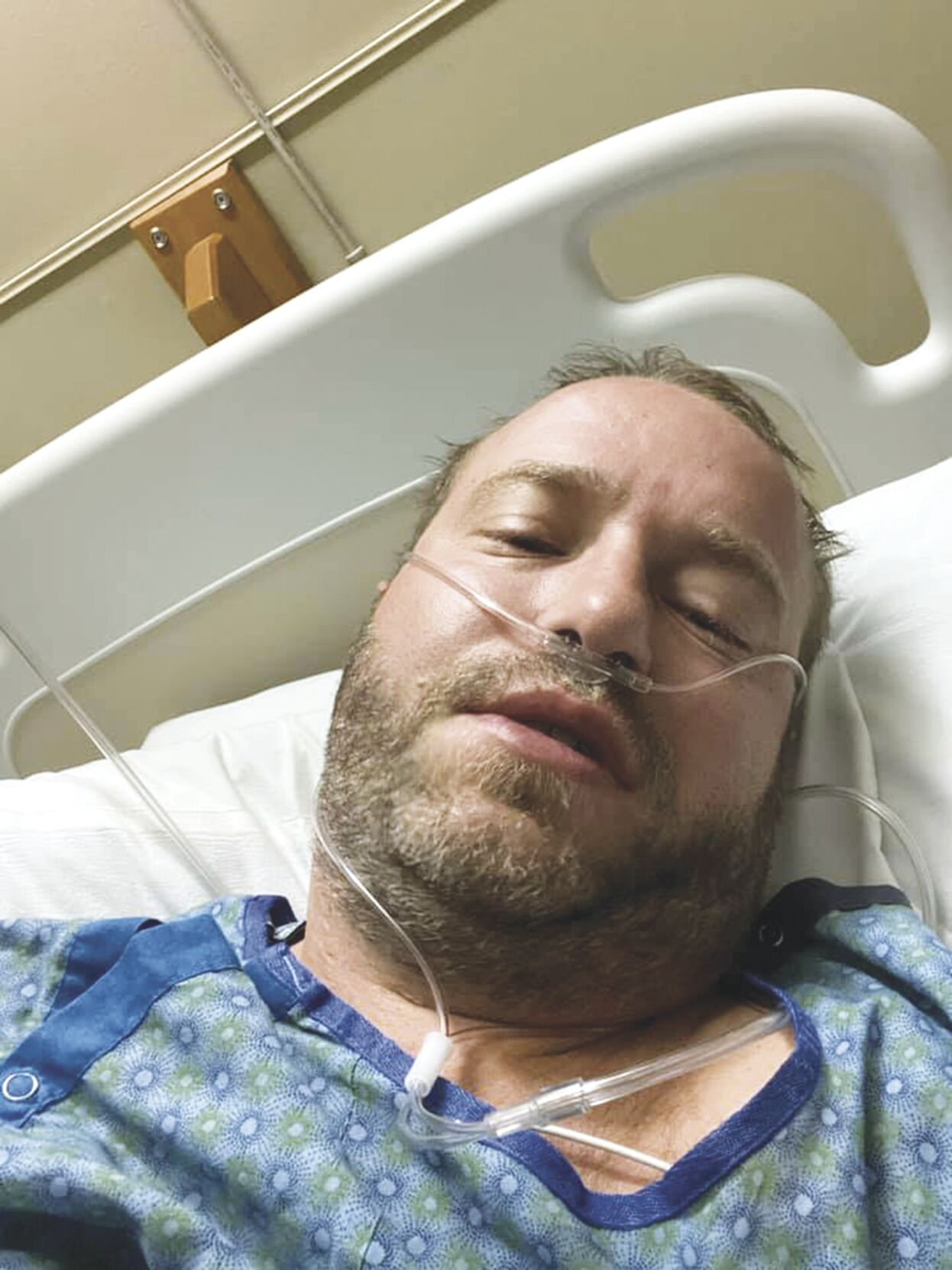 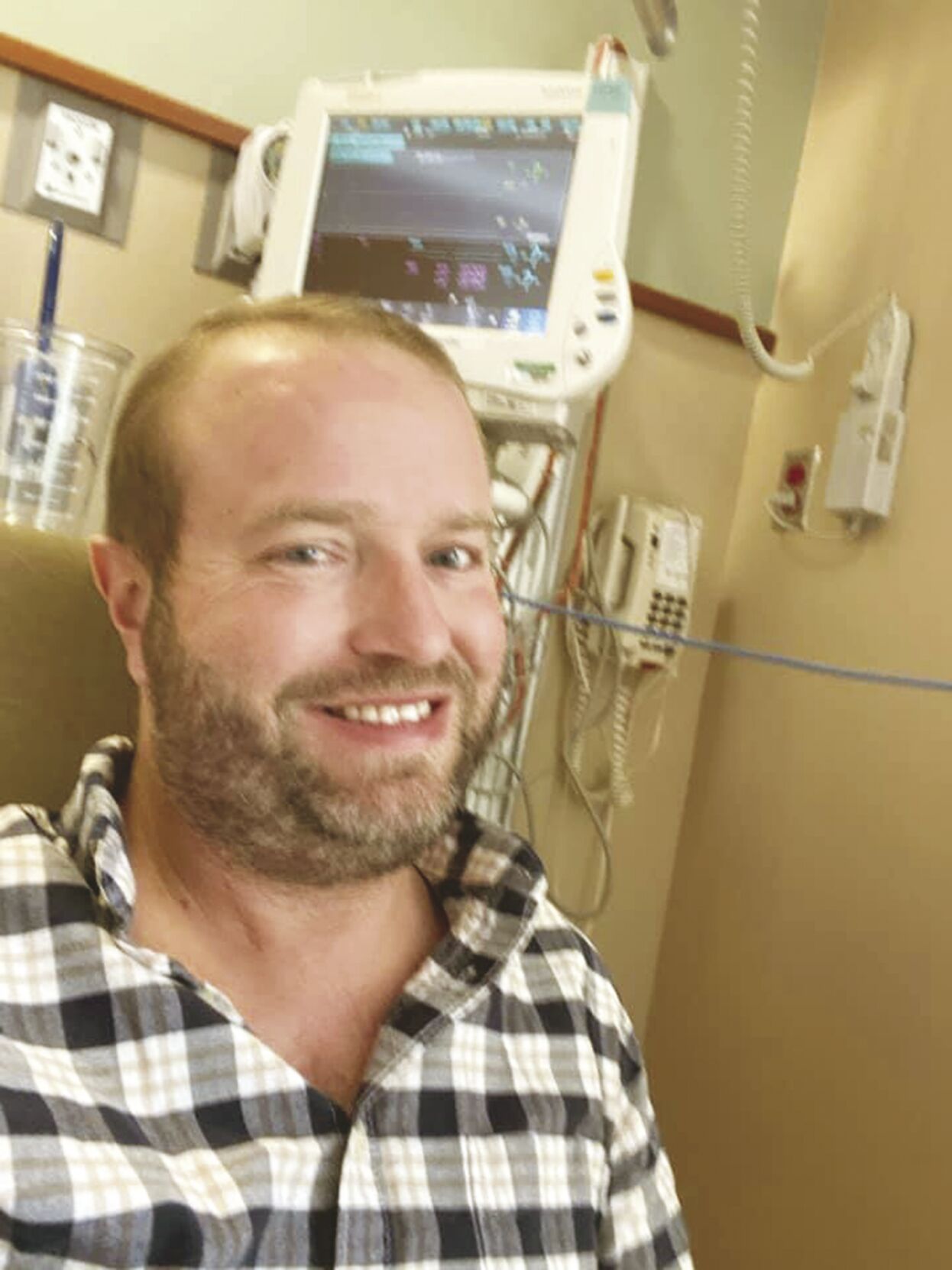 Nick Zerwas nearly became a statistic in the war against COVID-19.

What he thought was a cold he caught from his son, Jackson, nearly did him in if not for his and his wife, Bette’s, quick action when his oxygen levels dropped and the improved treatments he got during a five-day stint in intensive care.

Two weeks ago today, Zerwas thought he was successfully fighting off a cold that had sent Jackson home from pre-school a few weeks ago. A negative COVID test told them Jackson’s ailments were nothing more than a cold.

After two days of a cough and some sluggishness, Nick said he was feeling great again, too. Then, the cough returned while he was watching football from his Elk River home on Nov. 8. He traded plans for a night out with friends for a good night’s sleep.

Trouble is he hacked all night, and by the time he woke, showered and made his way downstairs to the kitchen that next morning, he was wiped out.

They pulled out an oximeter Bette got over the summer at the recommendation of her colleagues. Nick’s oxygen levels had dropped to the mid-80s. Trouble was lurking.

The Elk River native, who was born with a congenital heart defect and has had 10 heart surgeries, knew the stakes were getting higher as his breathing worsened.

“They came in and started supplying supplemental oxygen support,” Zerwas said. “I have been told six different times that I have less than six months to live. I have been down this road.”

That didn’t squash his surprise at how fast things were changing.

“I was stunned when I became so overwhelmed and ill from this virus,” he said. “It happened so quickly and it progressed so fast.

“That first night I was having that internal debate. What needs to happen if I need to be put on a ventilator with my heart history (and) what it would mean for my chances of ever getting off that machine?”

Doctors didn’t wait on the treatment of the COVID.

“Luckily, the amazing treatment I received at North Memorial Hospital in Maple Grove with the convalescent plasma, the Remdesivir, the steroids, within about 18-24 hours I made no less than a miraculous turnaround and I came out of the hospital after five days,” he said. “I am so blessed and fortunate for the amazing care I received while I was (in the hospital).”

Zerwas took to Facebook to let people know what had been going on. His feed lit up, and he got a call from the KARE 11 television station about 15 minutes after the post went up.

Zerwas has explained how when COVID-19 first surfaced in Minnesota in March, he and his family locked down pretty hard.

“In the summer, like a lot of people, when the numbers didn’t mount and ... the nightmarish stories didn’t come to bear a lot of my life went back to normal,” Nick said. “I socialized more. I went out more. I’m not here to say I shouldn’t have done that or nobody should go out”

Zerwas and his family, however, are staying home rather than traveling to Bette’s parents for Thanksgiving. Other family members have called off trips, too.

“(Three) weeks ago I didn’t know a soul in Sherburne County that had tested positive, and today I can name 40,” Zerwas said. “This virus is here. It is spreading rapidly through our community.”

A Pioneer Press reporter on a call with Zerwas and Gov. Tim Walz called the former lawmaker the loudest and strongest voice urging people to take this virus seriously from a Minnesota Republican.

“I felt like that has had an effect on the readers of the Pioneer Press and the people I talk to,” the reporter said. “What can you say about this?”

Zerwas had plenty to say. He said, “I’m speaking as a Minnesotan, a COVID patient, someone who has benefited immensely from the health care system.”

He later continued: “There are days and times to find political issues to pick fights and debate about. My hope and message today is COVID isn’t one of them. I hope when we get back to a day where I can tell the governor how wrong he is on his tax policies or this or that. Today is about making sure all Minnesotans come together and recognize COVID is here. It is in the Midwest. It is flaring up. Our health care providers are being pushed to the brink.

“No matter what jersey you put on, it is incumbent upon all of us to take the steps we need to take care of our communities and neighbors. I was honored when the governor’s office called.”

Zerwas said his views on the pandemic have changed.

“I get the prolonged lockdowns earlier have been tough,” he said. “I have been a critic when the cases didn’t rise to the level they needed to be to lock things down. I was vocal about that.

“There is nothing akin to what’s happening in November of 2020 in Minnesota to concerns I or others had in June or July. This is a completely different ball game.

“Everything has changed The virus is here. If we don’t act now, God help us.”

“To be very clear, the guidance the representative has given does not undermine his conservative credentials one bit,” Walz said. “As he said we have debated passionately on issues ranging from tax policy, health care and environmental policy and others. This transcends that.”