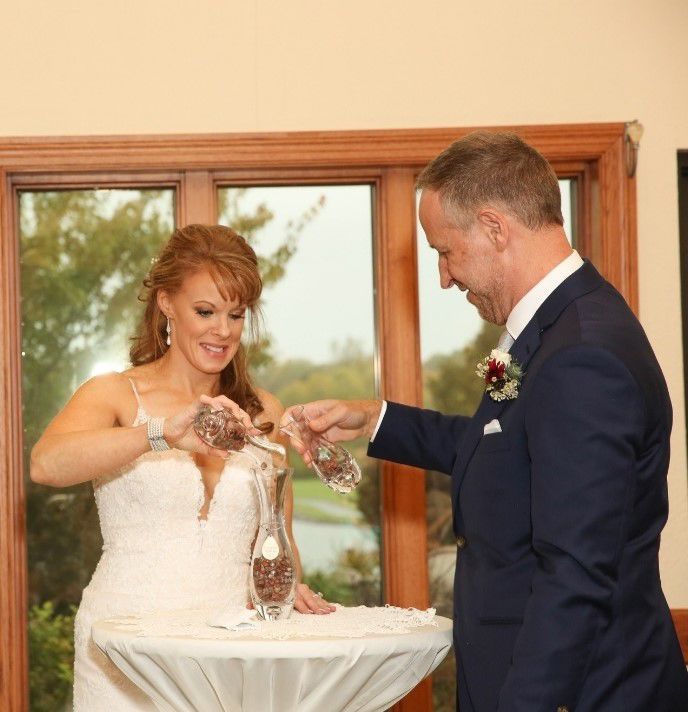 For their unity ceremony, Dawn and Jeff Harken poured agates into a jar.

Their shared love of the outdoors has translated into many days hiking, kayaking and fishing together.

After three years of dating, Jeff proposed to Dawn in September 2018 on a rock-hunting trip in northern Minnesota. 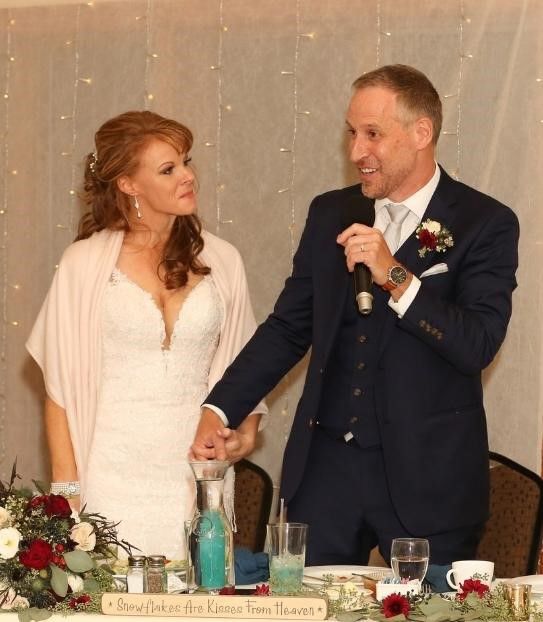 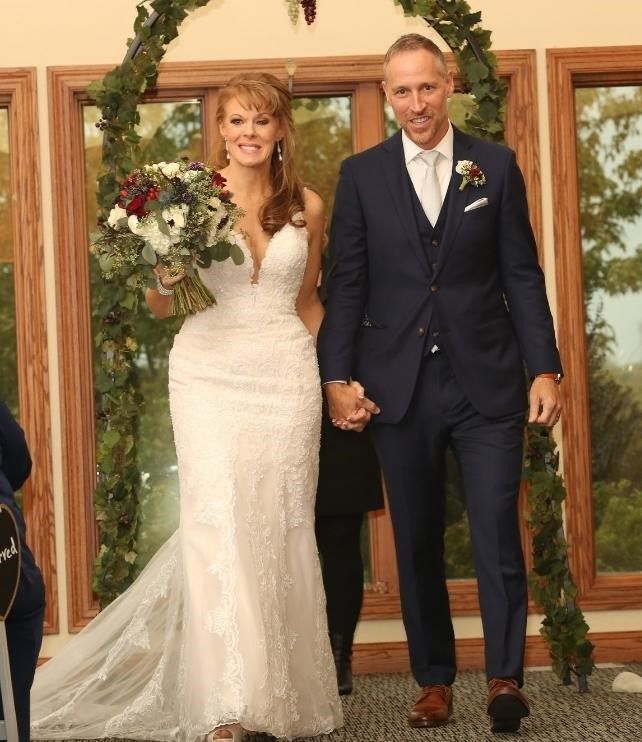 The Harkens were announced husband and wife as “Nothing’s Gonna Stop Us Now” by Starship played for them and their guests. 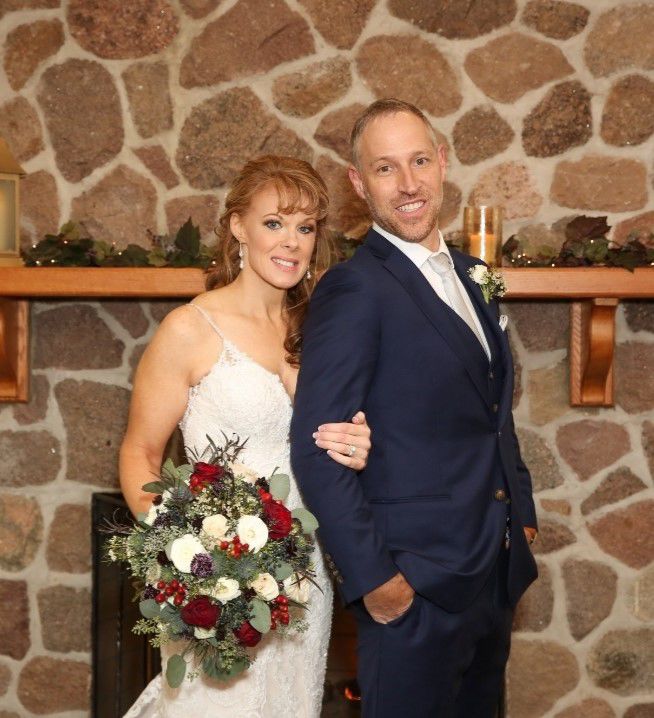 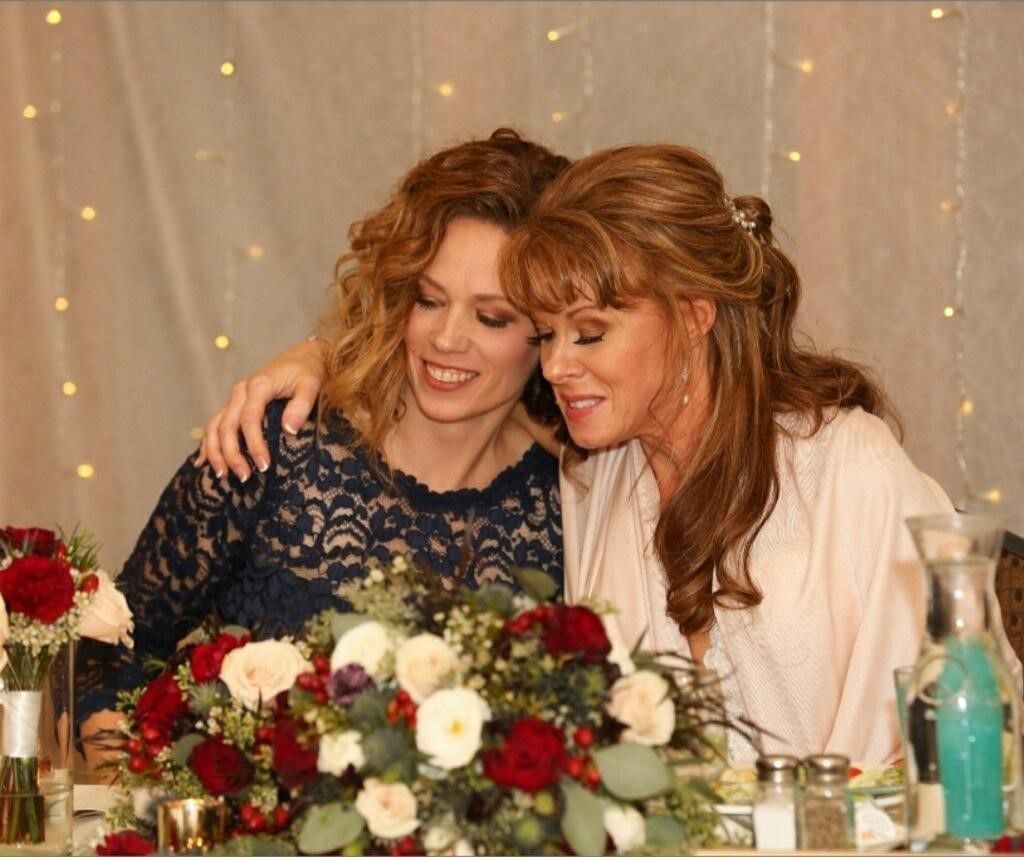 Sisters Laurie Pellin (left) and Dawn Harken share a moment together at Dawn’s wedding. The siblings grew up in Elk River. 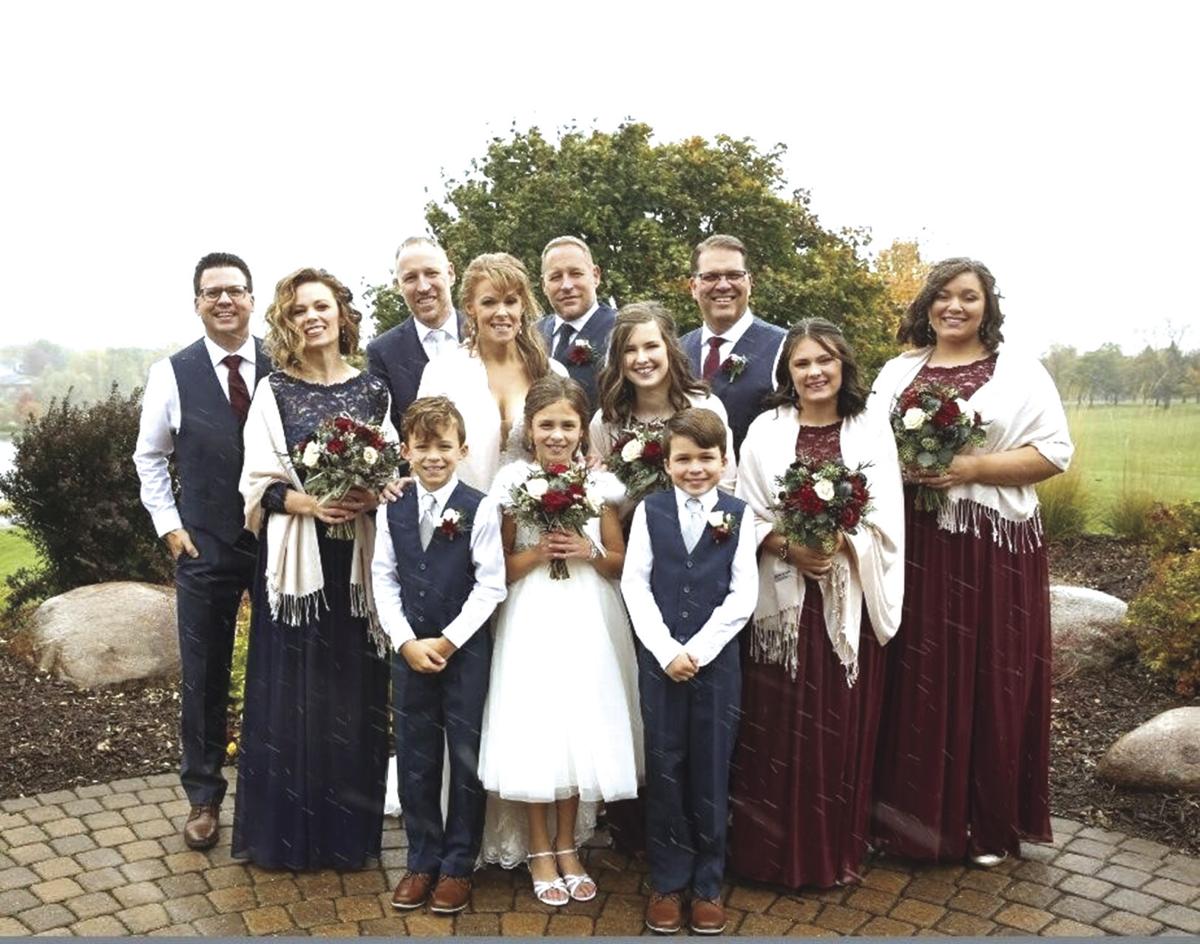 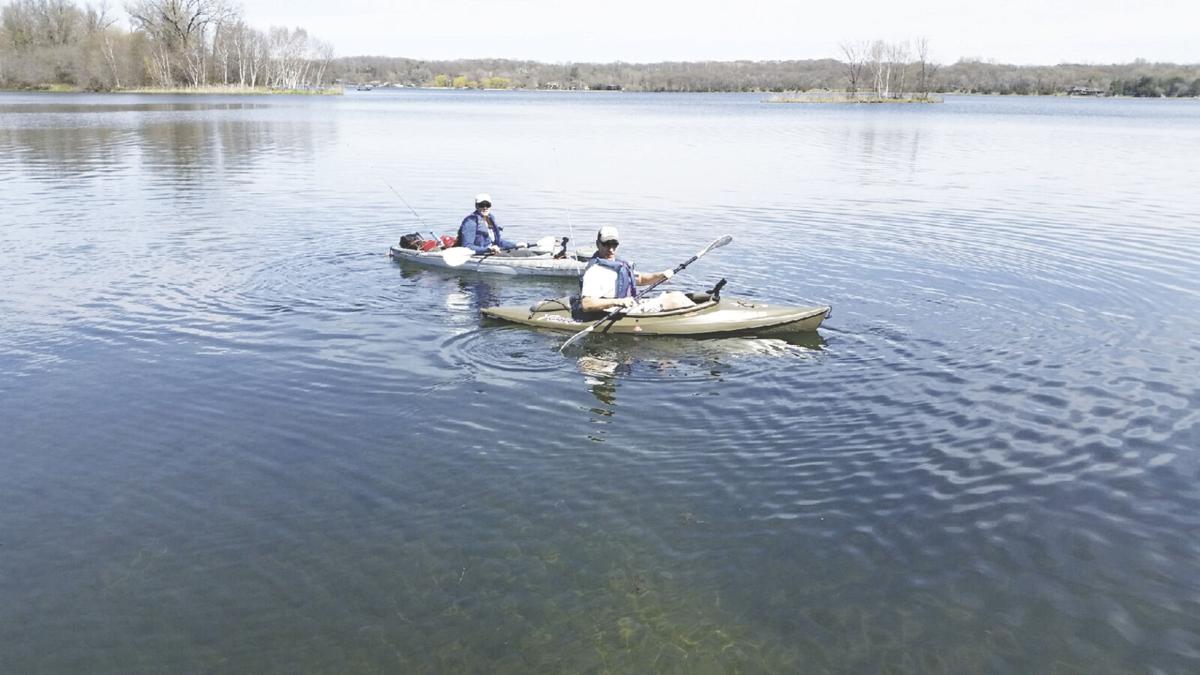 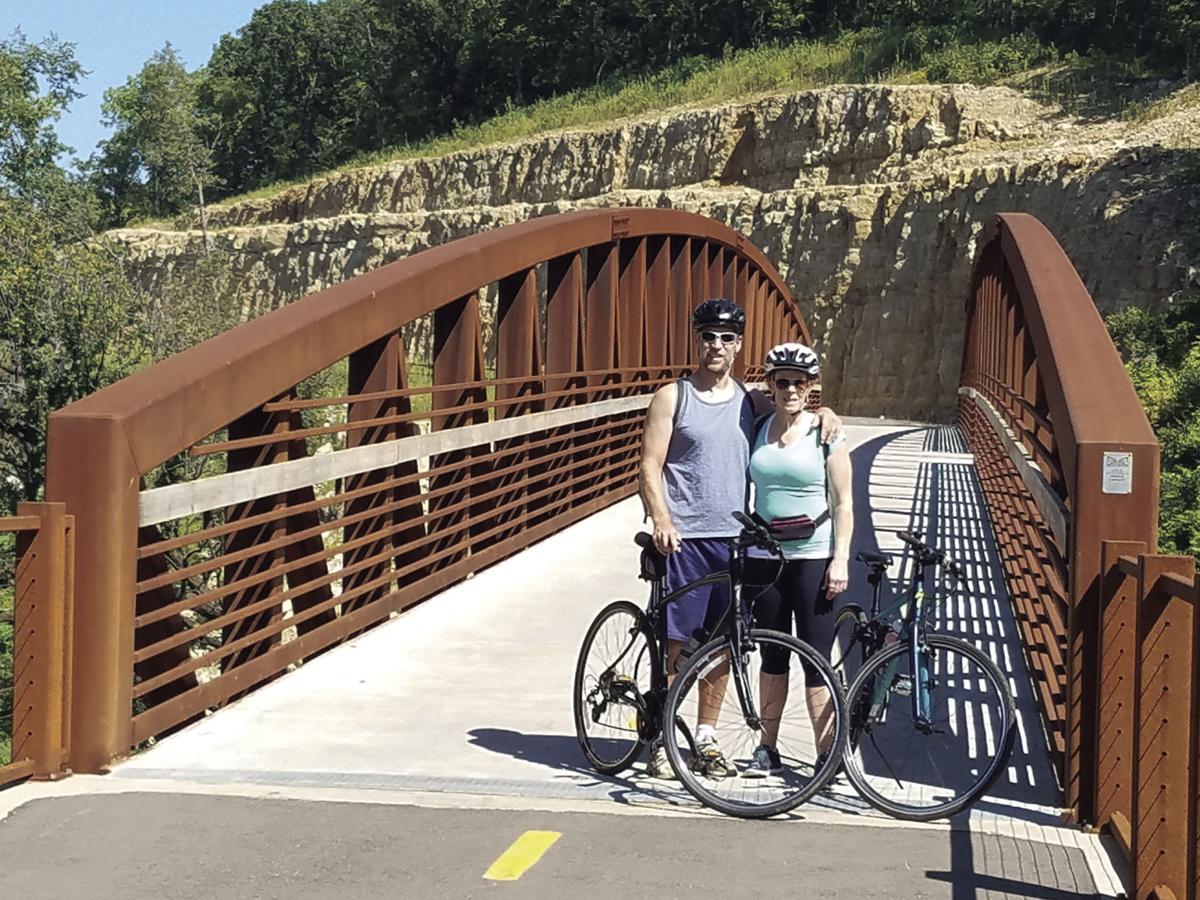 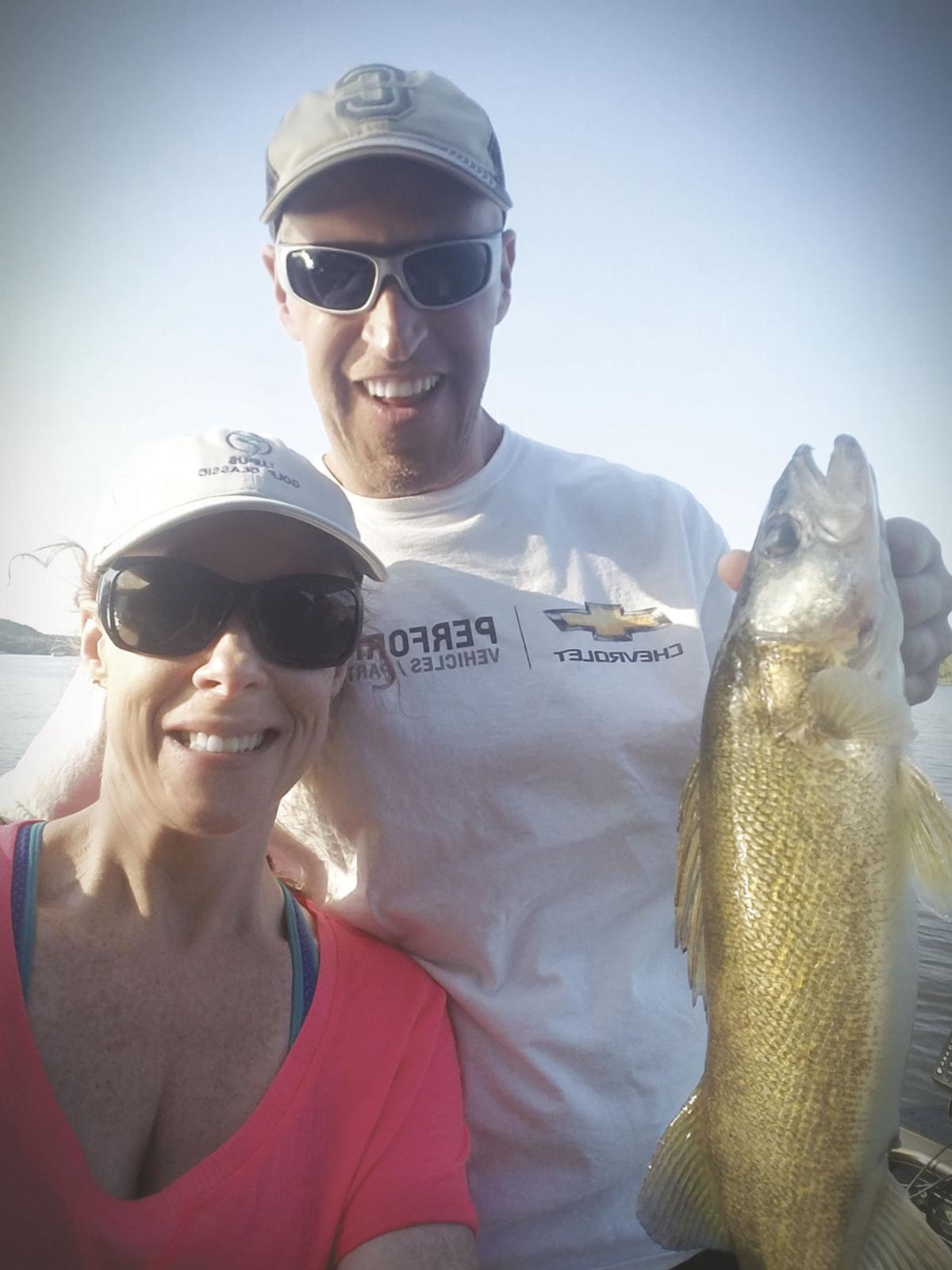 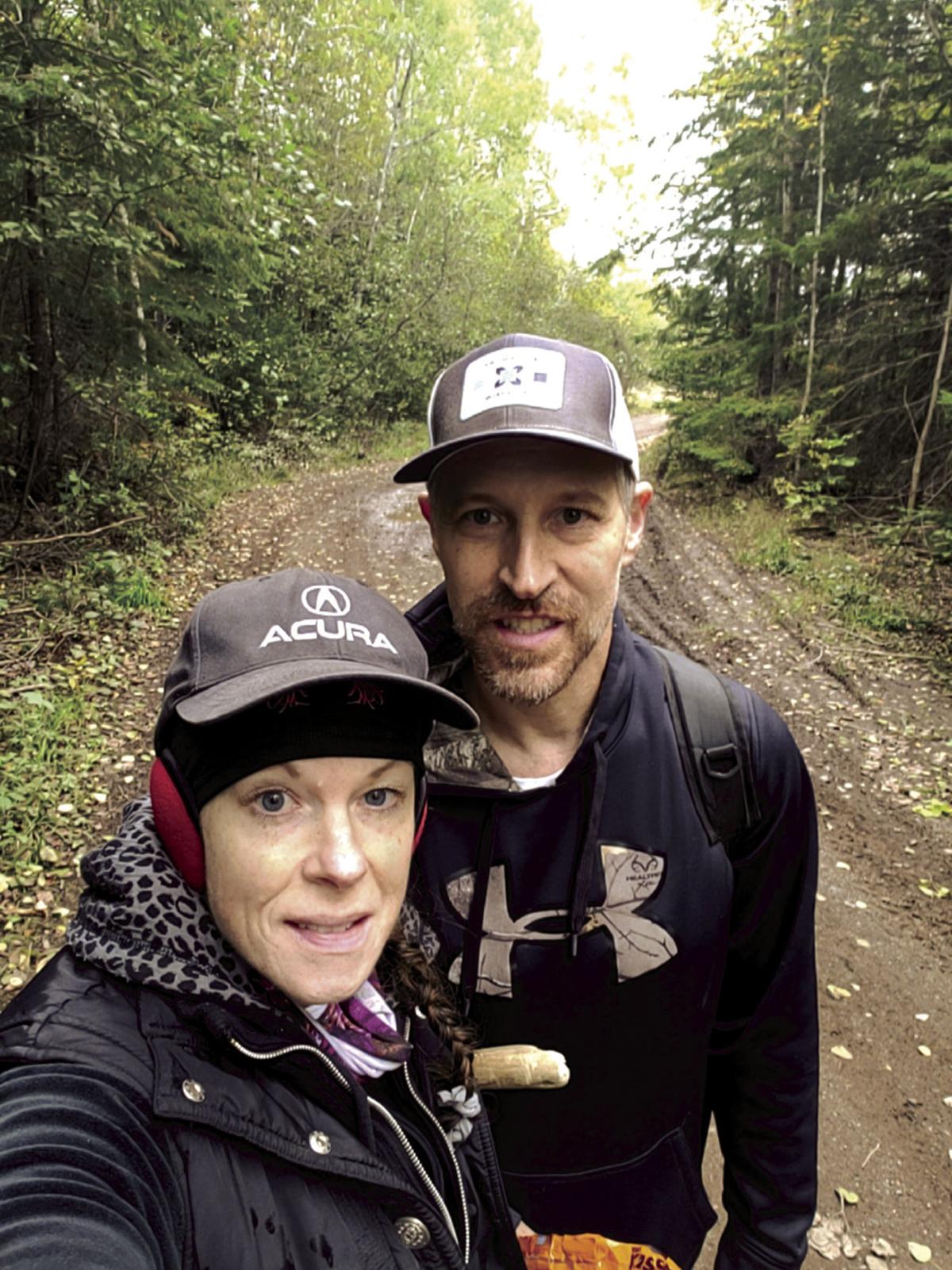 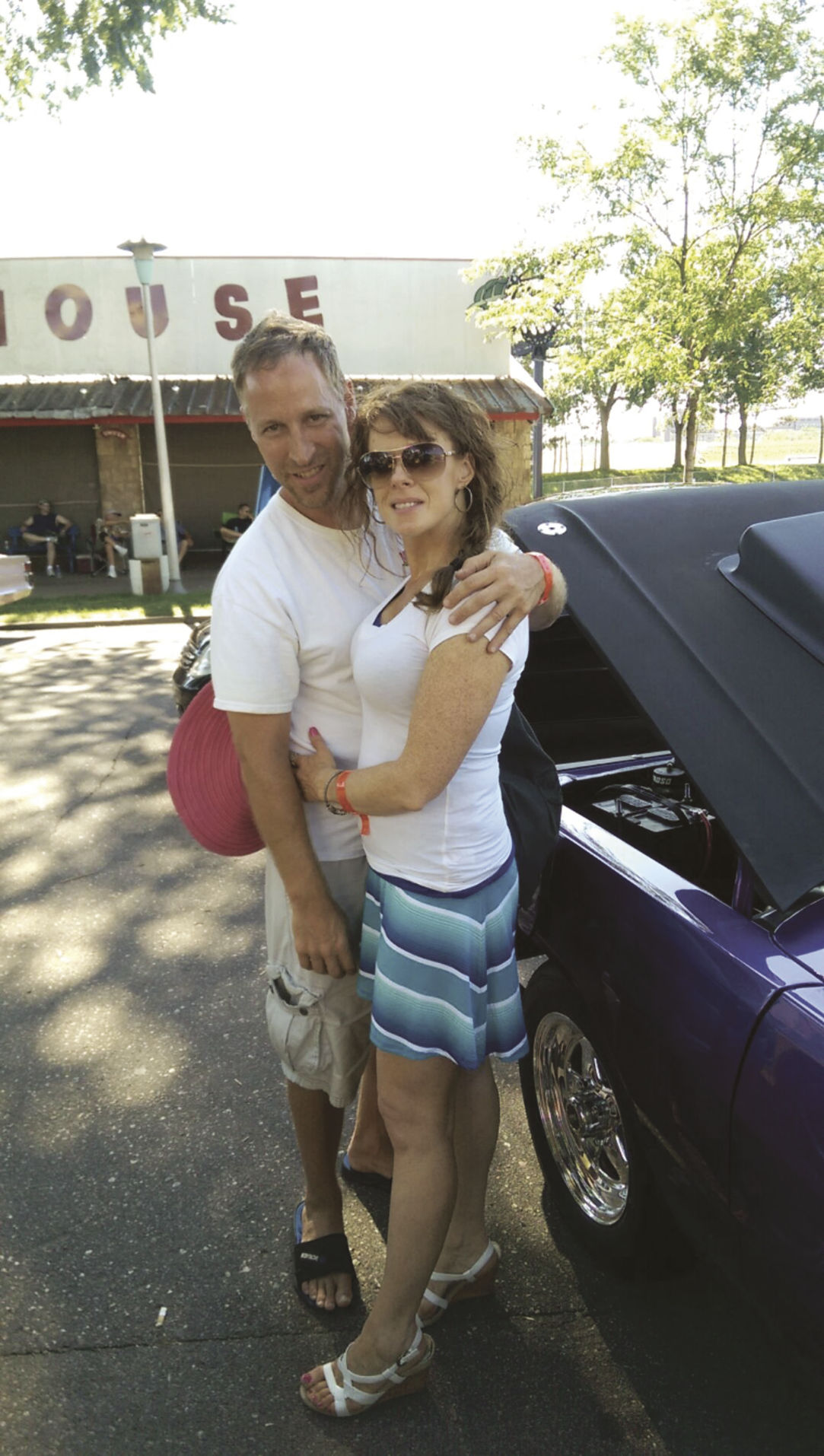 For their unity ceremony, Dawn and Jeff Harken poured agates into a jar.

Their shared love of the outdoors has translated into many days hiking, kayaking and fishing together.

After three years of dating, Jeff proposed to Dawn in September 2018 on a rock-hunting trip in northern Minnesota.

The Harkens were announced husband and wife as “Nothing’s Gonna Stop Us Now” by Starship played for them and their guests.

Sisters Laurie Pellin (left) and Dawn Harken share a moment together at Dawn’s wedding. The siblings grew up in Elk River.

Cancer diagnosis after engagement only strengthened their bond

Looking for love on the internet is always a gamble. But Jeff and Dawn Harken rolled the dice and found much more than love. In the very worst of times, they managed to find their soul mates.

Dawn, an Elk River High School graduate, was almost 40 when she met Jeff, a “match” on a dating website. Although she had dated and been in relationships over the years, she had always been more focused on her career than getting married. That all changed when she met Jeff. “The day after our first date, I called my sister and told her, ‘I’m going to marry that man someday.’”

Within weeks, the two were inseparable. Their shared loved of the outdoors translated into days spent hiking, kayaking, and fishing together.

After three years of dating, Jeff proposed to Dawn in September 2018 on a rock-hunting trip in northern Minnesota. A whirlwind of wedding planning began, with bridal shows, dress shopping, and choosing a venue for their October 2019 nuptials.

During this time, Dawn began experiencing some vision problems.

“I started seeing floaters,” she explained. She made an appointment but didn’t really get any answers from the doctors. “They told me floaters are common and I should adapt and get used to them.”

But Dawn knew something wasn’t right. She had her yearly eye exam already scheduled for two weeks later and kept that appointment, hoping she could mention it to her regular doctor and get his opinion. She didn’t need to say a word because he immediately noticed something wasn’t right. There was a reason Dawn was seeing floaters: She had a large tumor in her eye. A cancerous tumor.

Dawn was in shock when the doctor delivered the news on March 2, 2019.

“I’d never heard of ocular melanoma,” she said of the cancer she was diagnosed with. “I didn’t even know you could get cancer in your eye.”

Ocular melanoma is a rare cancer, with just 5 in 1 million adults diagnosed each year.

Dawn usually attended her medical appointments alone, but on that day she had asked Jeff to come with her. After receiving the news from her doctor, she pulled him into the room and told him about the tumor.

“His first response was, ‘We’ll beat this,” she said. “‘You’re strong and we’ll get through this together.’”

Because ocular melanoma is so rare, Dawn knew her best treatment options might not be found close to home. She chose a doctor in Philadelphia, which would mean multiple trips to the East Coast. And even with treatment from the best experts in the field, she faced the very real possibility of losing sight in her eye or even the eye itself.

With the shock of diagnosis and the extensive treatment plan she would need — a plan that could include surgery, chemotherapy and radiation — Dawn considered canceling the wedding.

“Jeff said he would support my decision either way,” she said.

His concern was for her and her health, not the wedding they had spent months planning. However, Dawn’s family and friends convinced her not to give up.

“This [the wedding] was something I’d always dreamed of. They all said they would help with everything,” she said. “So it was a go.”

With that, Dawn’s three sisters and her mother, Margaret Wold, stepped up and took over wedding planning when Dawn wasn’t able to, and Jeff pitched in to help too.

As wedding plans moved forward, Dawn and her doctors worked out a plan that would save her eye but might result in the loss of vision. The plan included surgery to remove the tumor, radiation treatments and chemotherapy, with several trips to Philadelphia required.

Through it all, Jeff was right there with Dawn.

“Jeff absolutely hates to fly,” he said. “But he has been by my side every time and has never complained.”

Jeff continued to stand by Dawn’s side as she continued with radiation and chemo treatments.

“Jeff has been amazing,” Dawn said.

He took days off from his job as a job planner at a local manufacturing company to take her to appointments with her local oncology team and designated himself her personal chef to make sure she was eating well during treatment.

“He would make me these thick green smoothies that were just awful to drink,” Dawn said. “But I drank them because I knew they were good for me.”

Four years after their initial connection online and seven months after Dawn’s cancer diagnosis, the couple exchanged vows at Oak Glen Golf Course in Stillwater. So much had changed since the day Jeff proposed to Dawn. Her cancer diagnosis had upended everything in their lives. But one thing — the most important thing — hadn’t changed at all: Jeff and Dawn’s love for each other.

Despite the trials they experienced during the last year, they both know that Dawn’s illness served to bring them even closer together and solidified their belief that they had found “the one.”

In an era of swiping left or right, Dawn and Jeff Harken’s love has been an inspiration to those around them.

“They continue to push ahead and live life to the fullest,” Pellin said. “Their strength, love, courage, grace and devotion to each other has been a joy to experience.”