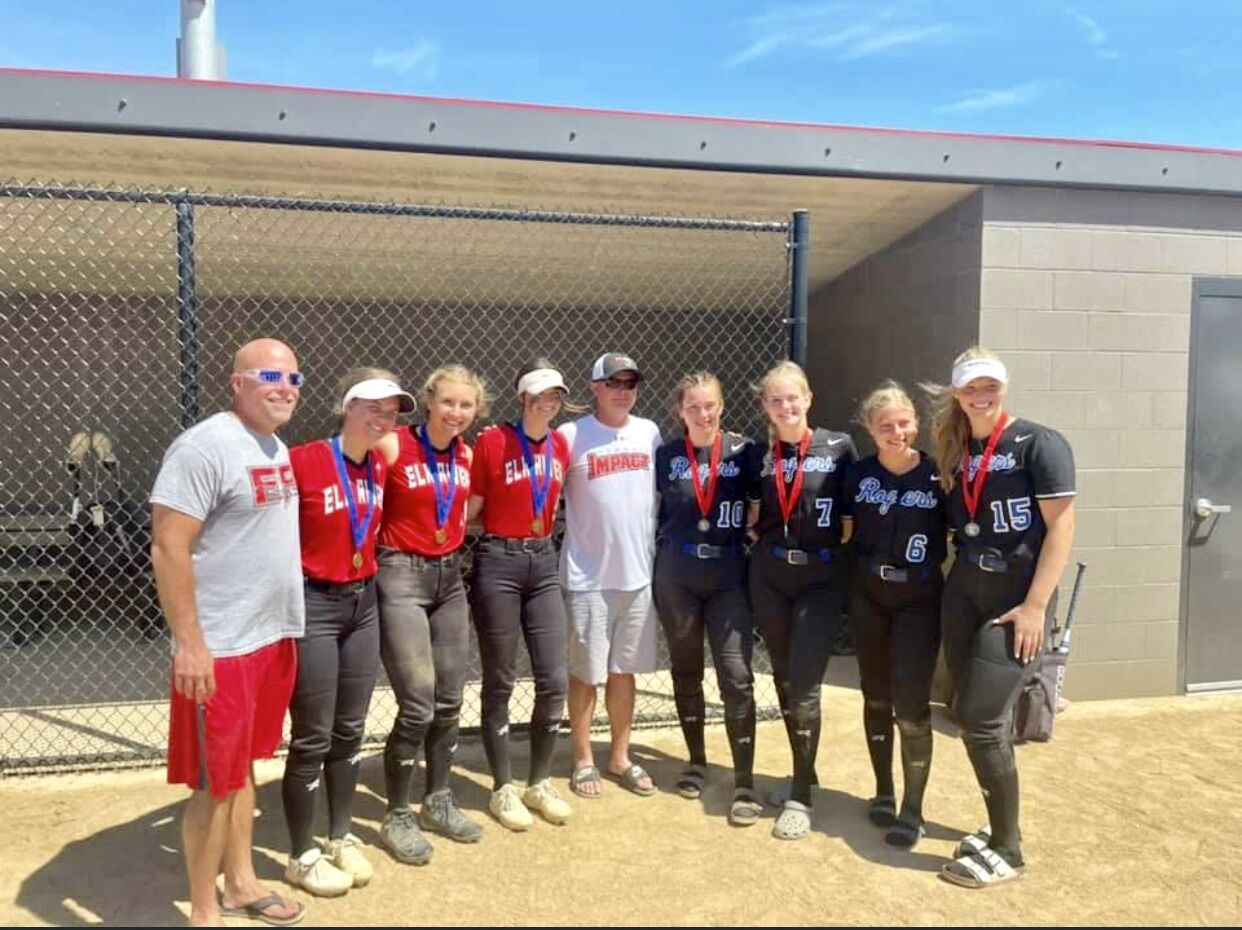 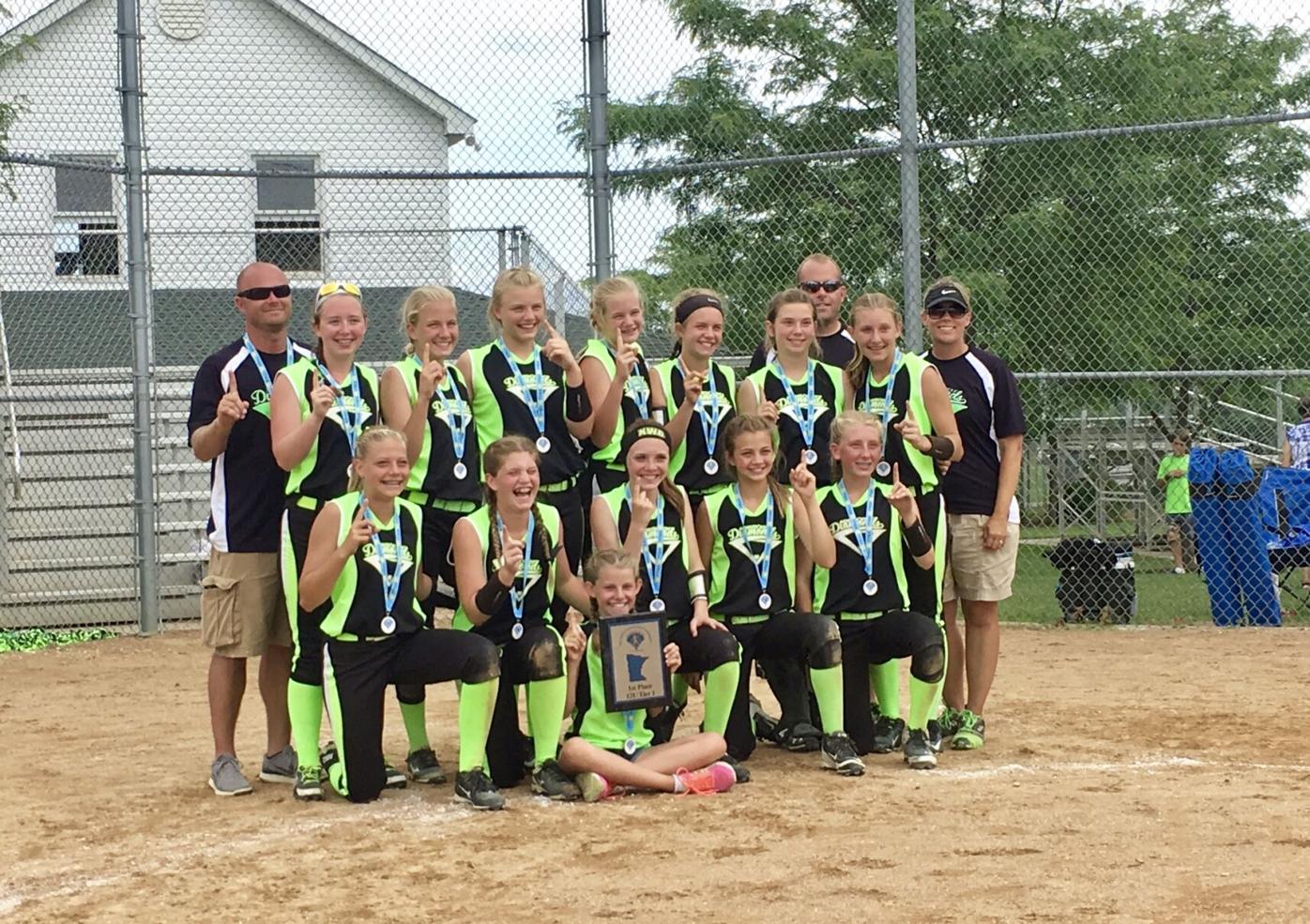 Tears were running down the faces of both Rogers and Elk River players after the Elks recorded the final out on Friday, June 11, to capture its first Section 8-4A title since 2013 with a 10-6 victory over Rogers in the section championship softball game at Lions Park in Elk River.

Mammen and the Volkers sisters were teammates on a club team called Northwest Diamonds tier 1 12U. In 2016, the team captured the Minnesota state 12U crown, finishing the season with a record of 35-3-1 and beat Eagan 8-2 in the championship game on Sunday, July 10, 2016.

Five years later, these former teammates met in the 2021 Section 8-4A championship game. It turned out to be the last high school softball game for Kimbler, Kraght, Mammen and Rooks. Hills and the Volkers sisters marched on to the state tournament, where they would eventually lose to Chanhassen 1-0 in nine innings in the Section 8-4A quarterfinal. Members of Northwest Diamonds from both teams hugged each other after a memorable, high scoring game.

Annie Volkers said she has nothing but good memories of playing with the Northwest Diamonds 12U team.

“It was always fun,” Annie said. “I started playing with those girls when I was 9-10 years old. Growing up with them, making those memories, I’ll always have a lifelong friendship with them. We were close. We would have practice two-three days a week. We would have games the other days. We’d go out to lunch together and hang out after practices. They always pushed me to be better and I pushed them to be better. We always had fun with it.”

Paul Volkers said Mammen and Annie Volkers were both there to push each other as club teammates and carried their success in 2016 and beyond.

“I think that’s why both of them are where they are now,” Paul said. “They had each other to push each other. They both were hard workers. Pitching is a hard craft. They put in three times the work as any other player because they’re working on their craft of pitching. To see the success they’ve had because of that work is rewarding.”

April Volkers will be playing her senior season for the Elks next season, as will Kimbler for Rogers. The other four players with Elk River or Rogers connections have graduated. Rooks was named Rogers’ 2020-21 Athena Award winner, given to Rogers High School’s most outstanding female athlete.

“Going into it, I didn’t know that these [teammates] would be my lifelong friends,” April said. “We still have that bond that we had when we were playing 9-12 [softball]. Being able to have that experience shaped me into who I am today. The game has taught me a lot, but those girls have taught me more: how to handle situations, how to be there for one another and we’ve always had each other’s back, whether it be five years ago or it was yesterday.

Mammen dominated on the mound for most of the season, but she won’t be playing softball at the collegiate level because she wants to prioritize her academics. She will begin her studies at the University of Minnesota-Twin Cities in September and plans to major in international business. While she won’t be suiting up for the Gophers next season or ever, she does plan on attending games next spring at Jane Sage Cowles Stadium, home to a Gophers team that made the Women’s College World Series in 2019 for the first time in program history.

Mammen said she is going to miss the relationships that she established with both Northwest Diamonds and Rogers varsity softball.

“We had such good team chemistry,” Mammen said. “I’m going to miss playing with those girls and being with them every day.”