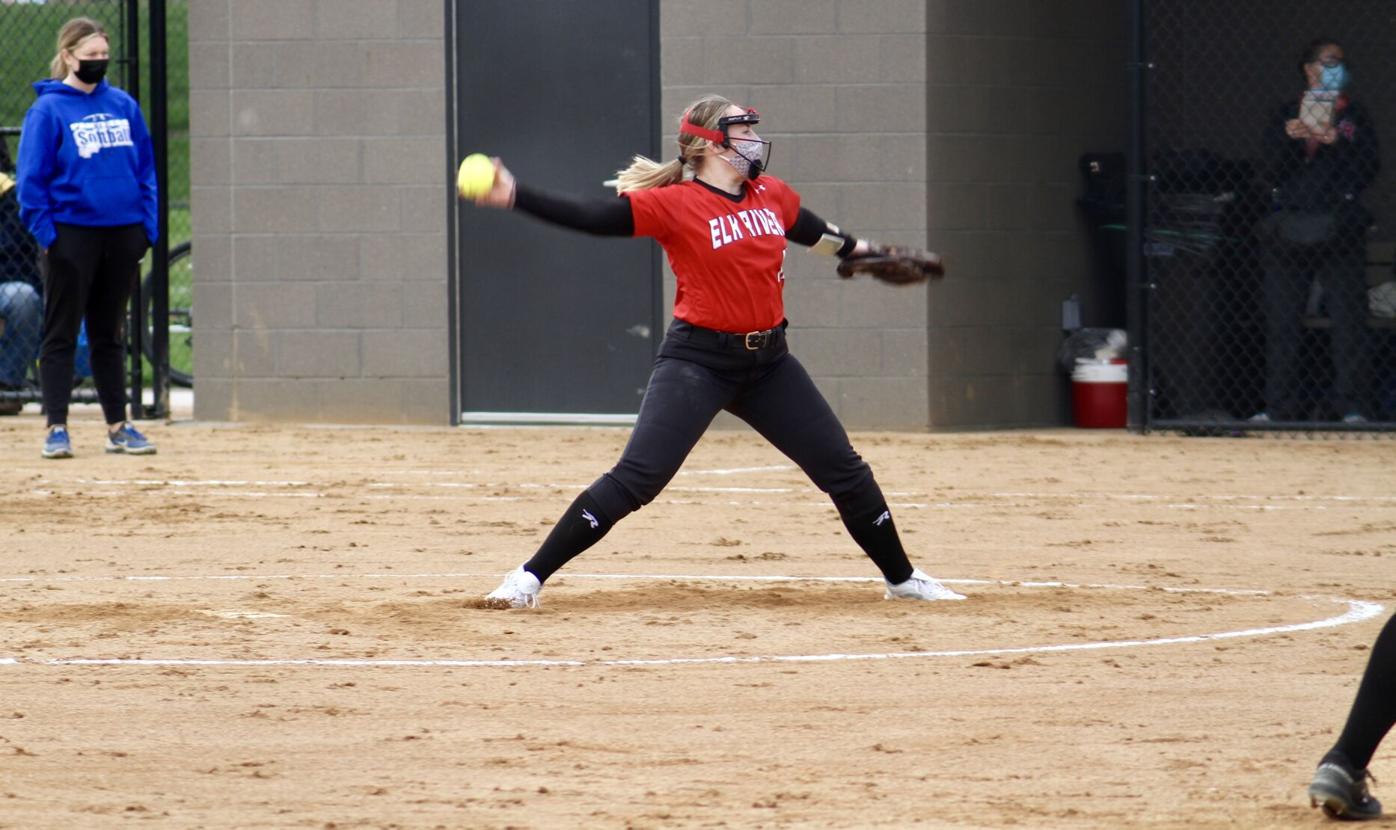 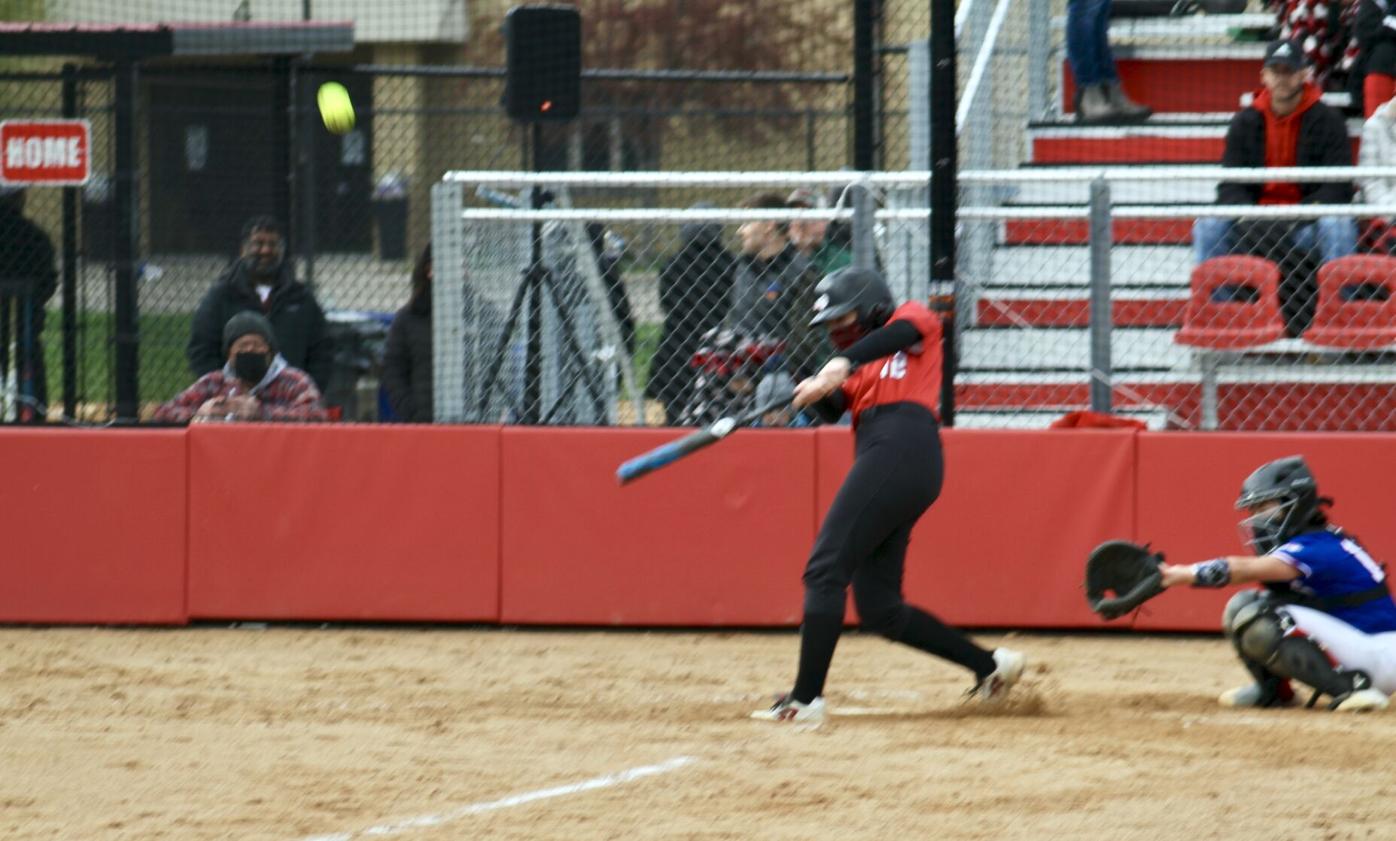 Elks sophomore right fielder Greta Nelson launches the ball for her first-career home run during the third inning of Elk River's 11-5 win over Spring Lake Park on Thursday, April 15, at Lions Park in Elk River. Nelson's three-run blast was a crucial point in the Elks win over the Panthers. 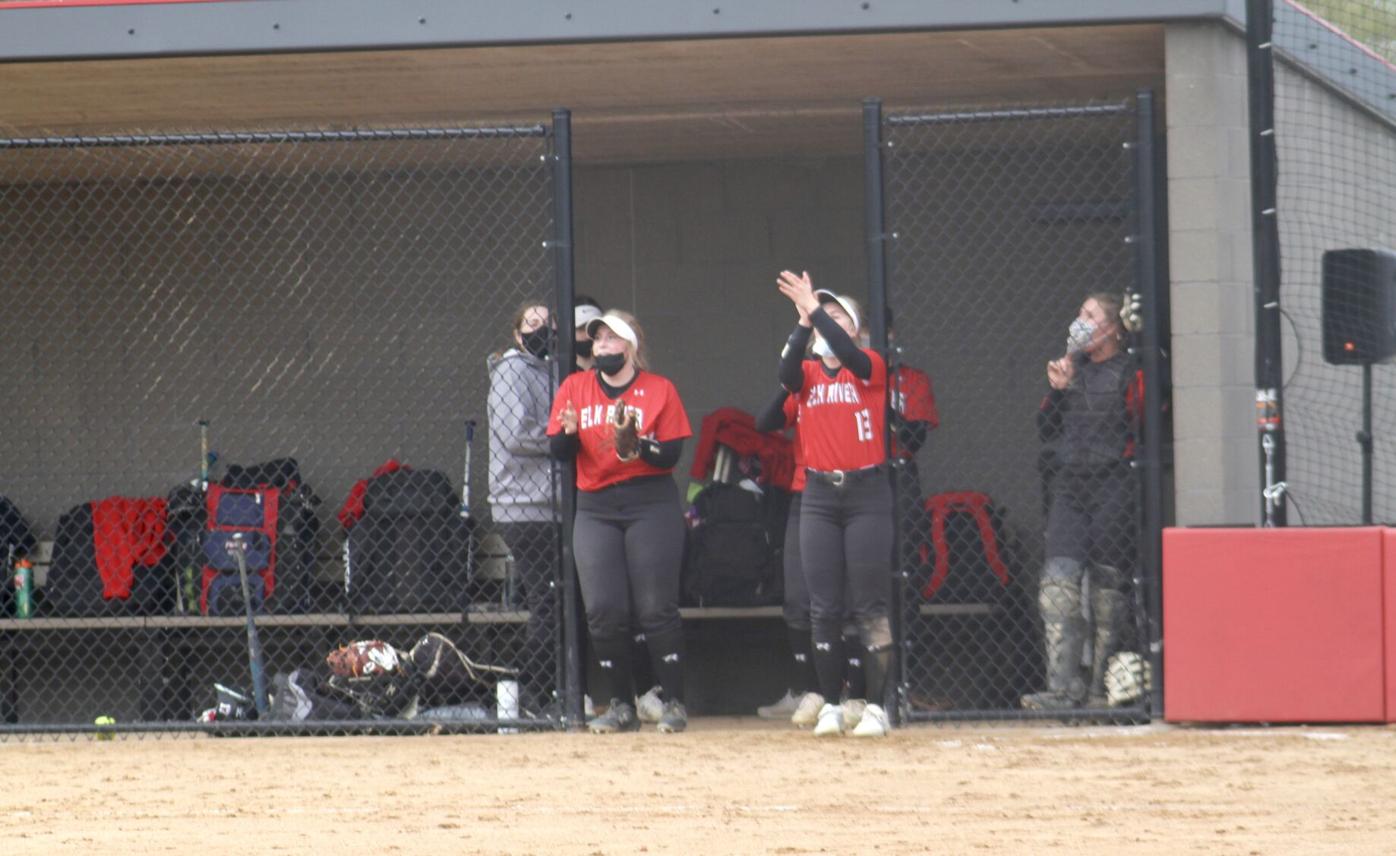 Elks sophomore right fielder Greta Nelson launches the ball for her first-career home run during the third inning of Elk River's 11-5 win over Spring Lake Park on Thursday, April 15, at Lions Park in Elk River. Nelson's three-run blast was a crucial point in the Elks win over the Panthers.

On an overcast day, the Elks didn’t need extra innings to win their second game of the season.

“We attacked good pitches and put together some great at bats,” Bloom said.

The Elks opened the scoring in the bottom of the first when senior designated hitter-pitcher Annie Volkers drove in sophomore left fielder Karen Balabon with an RBI double to make it 1-0. It was her first RBI of the season. Senior catcher Avery Hills extended Elk River’s lead to 3-0 with a two-run home run, driving in herself and Volkers. Those were Hills' first two RBIs of 2021. Nelson made it 4-0 when she walked with the bases loaded and Balabon had her first RBI of the season to make it 5-0 when she drove in senior third baseman Allie Voit.

Elk River had another big inning in the third. Pitcher Mayci Larson hit a two-run single, driving in Volkers and Hills before Nelson smashed her first varsity home run over the left field fence to make it 10-0. Nelson’s three-run blast drove in herself, Larson and center fielder Emily Tatur.

Bloom said the Elks were a little complacent after the third inning and had to make some adjustments after allowing five runs in the next two innings.

“That’s one thing we discussed in out postgame chat is that we can’t be complacent and we’ve got to keep the pedal to the medal and keep on pushing and backing up our pitchers,” Bloom said. “Mayci was throwing a great game and we got flat footed on defense. It’s a good learning lesson early in the season. [Assistant coach] Erica [Schroeder] and I would rather see that early than late. The girls made adjustments and answered back.”

“Larson did a phenomenal job,” she said. “She worked batters deep into the court, worked well with Avery [Hills], her catcher and attacked the batters and let our defense work. Then, Annie Volkers came in and closed the game off and did a phenomenal job as well.”