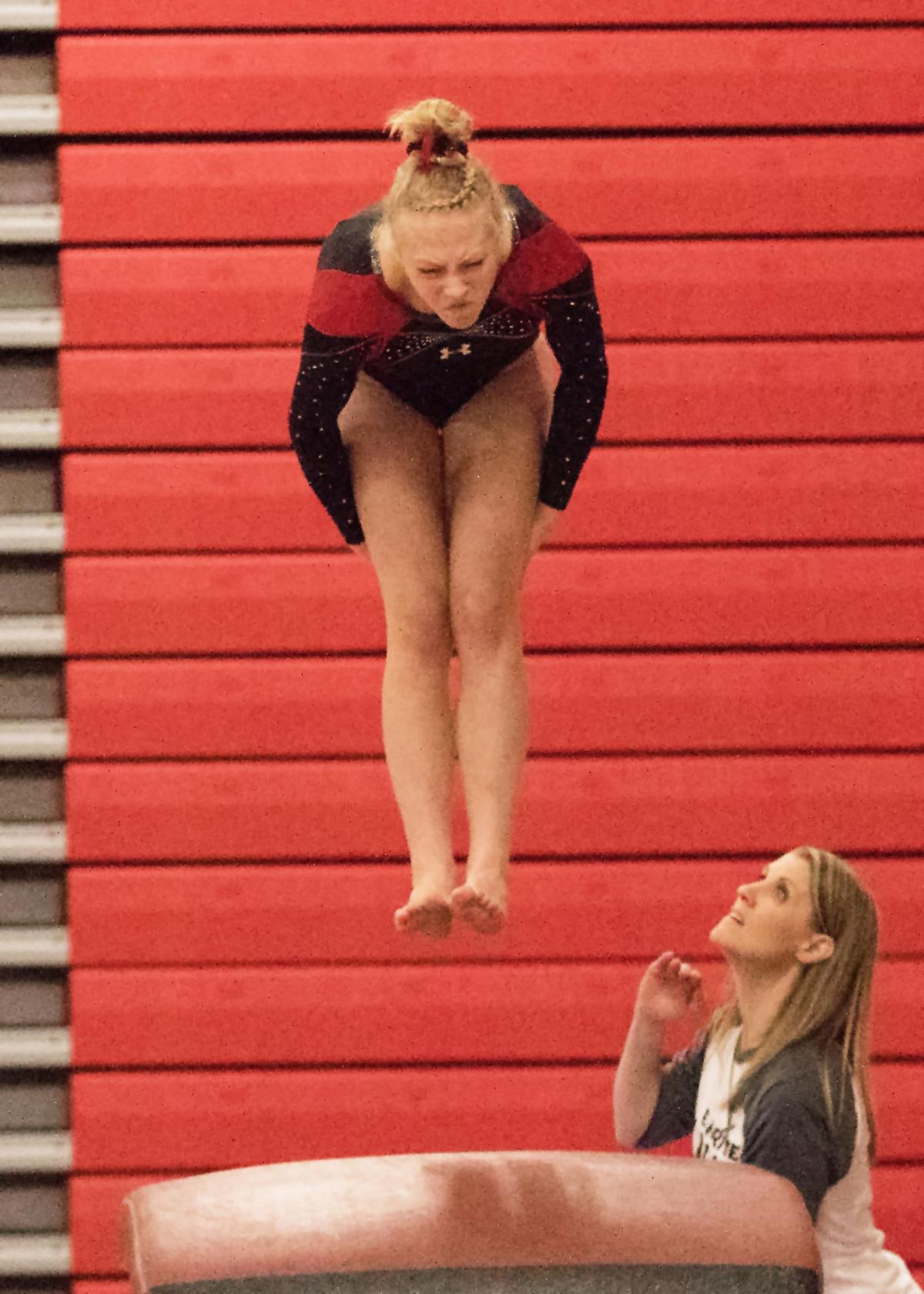 Elk River's Miranda Schwieger competes in the vault competition as Elks head coach Jennifer Bartlett looks on during the annual Elk River Dana Hunt Memorial Invitational on Dec. 7 at Elk River High School. The Elks finished third on vault with a score of 33.85 and third overall with a score of 137.05. 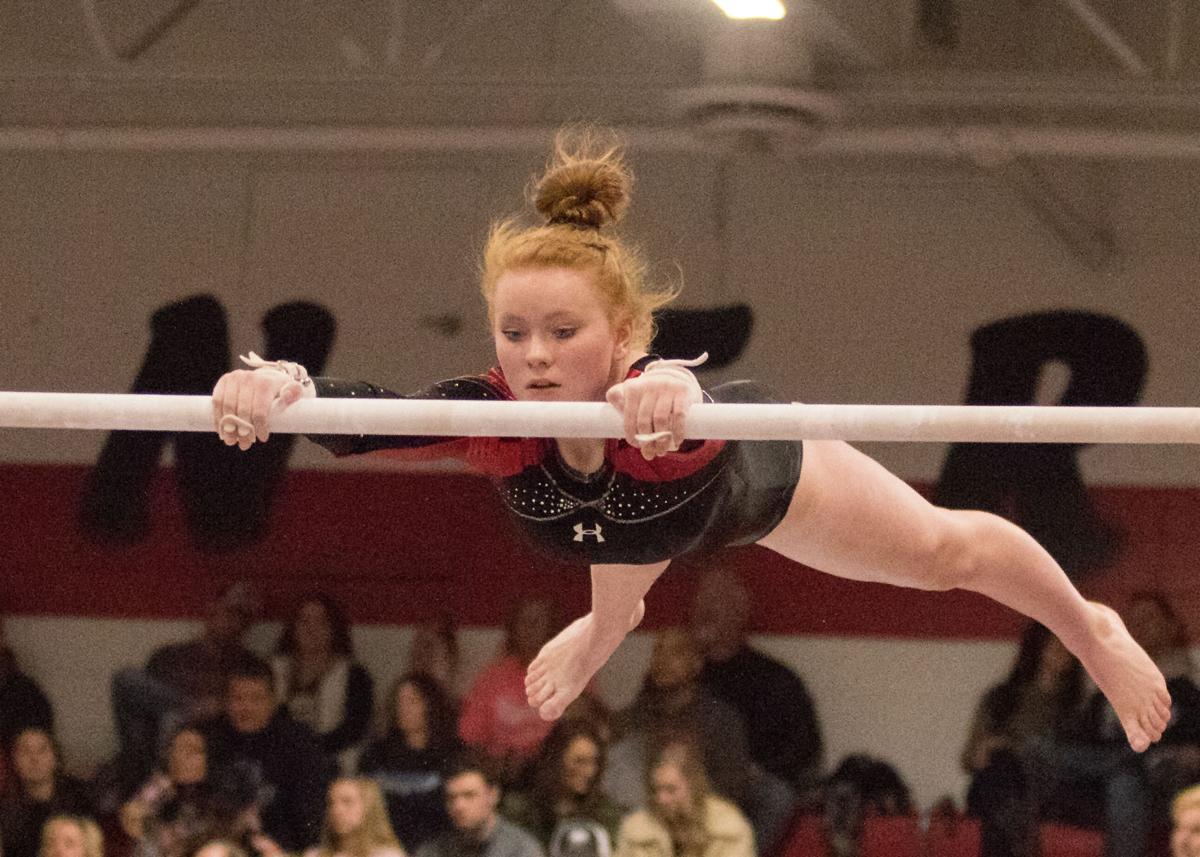 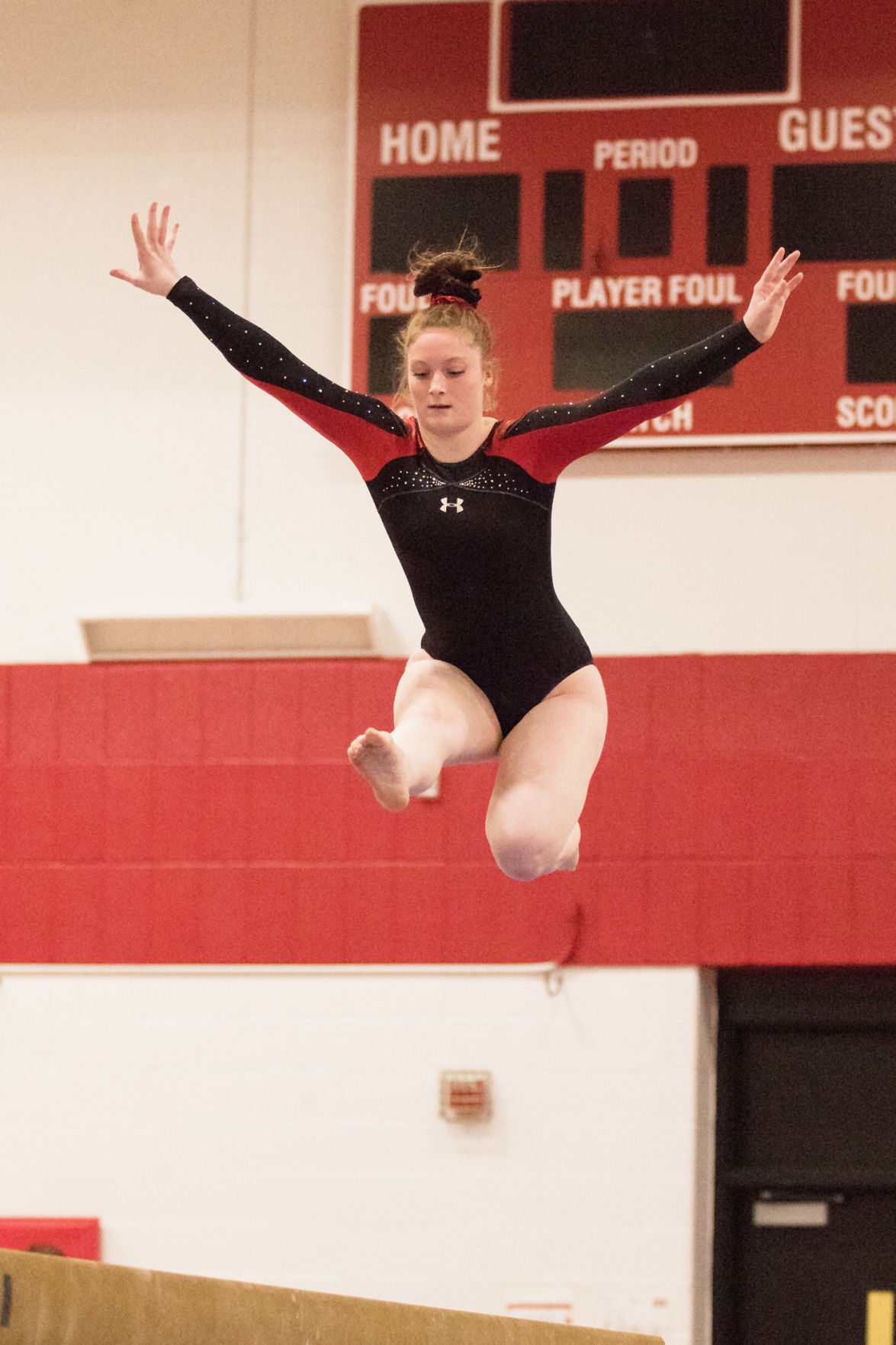 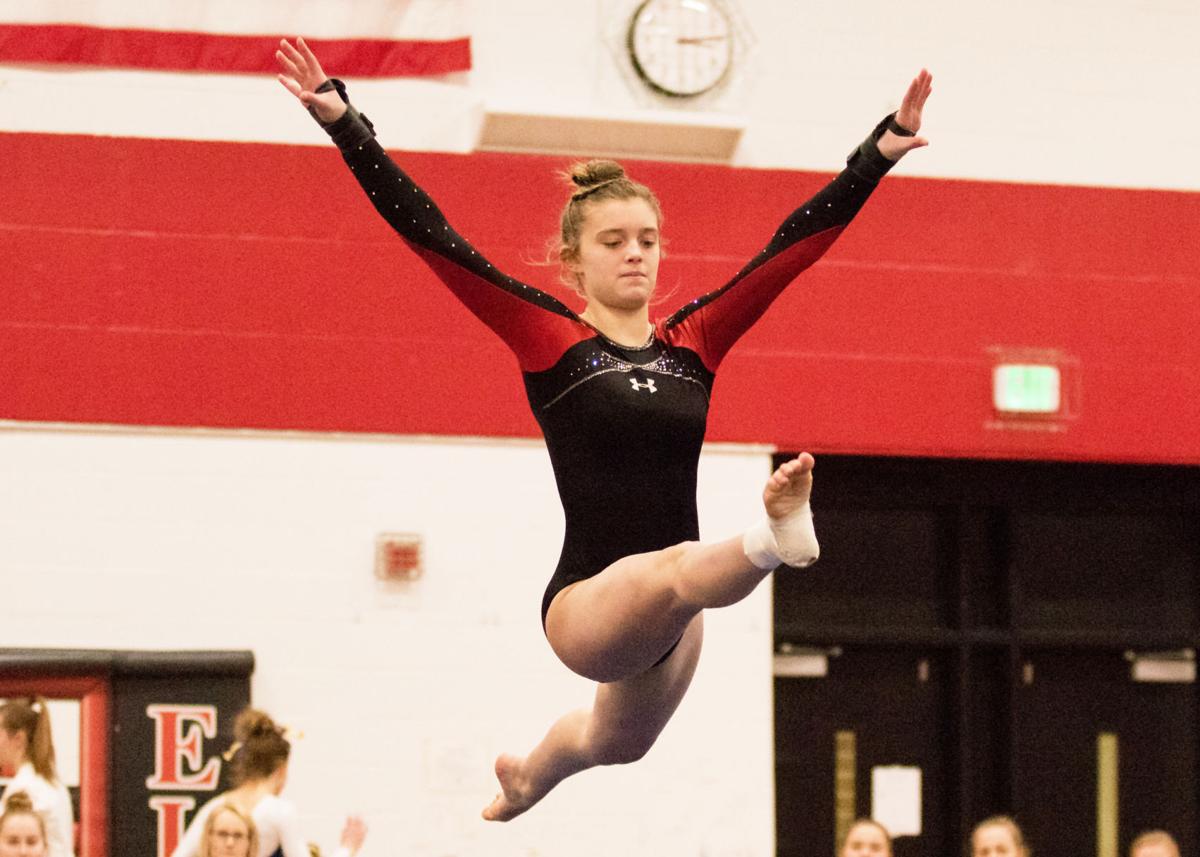 Elk River's Miranda Schwieger competes in the vault competition as Elks head coach Jennifer Bartlett looks on during the annual Elk River Dana Hunt Memorial Invitational on Dec. 7 at Elk River High School. The Elks finished third on vault with a score of 33.85 and third overall with a score of 137.05.

Head coach Jennifer Bartlett said the team now knows it has some talent.

“We still scored a 137 and we did not do very well on vault and bars. We came home pretty strong on beam and floor. It’s a great testament to what type of competitors they are. We have to train them on how to be competitive on all four events. They’re still young, and it’s the early part of the season, so we have some time.”

The Dana Hunt Invitational is dedicated to the memory of former Elk River gymnastics coach Dana Hunt, who died in September 1995 after a 3-year battle with cancer.

Bartlett, who has been coach since the 1997-98 season, says the younger Elks gymnasts were ready to make a splash in their first meet of the season.

“Our team is very young, They were ready to make a name for themselves in the Northwest Suburban Conference,” Bartlett said. “Jumping on Coon Rapids, which is a great competitor, was fantastic. To be able to come out with our season at 137 knowing that we were still about eight points off of where we could be if we were hitting all the time gave them great confidence because they are very young. A lot of them do not know how to compete as a high school competitor. They’re used to USA competitions where they only compete 6 times a year. We compete 16 times a year.”

Elk River was scheduled to face Anoka on Thursday at Elk River High School at 7 p.m.

Bartlett said that besides beating Anoka, she wants the Elks to complete the best routines humanly possible.