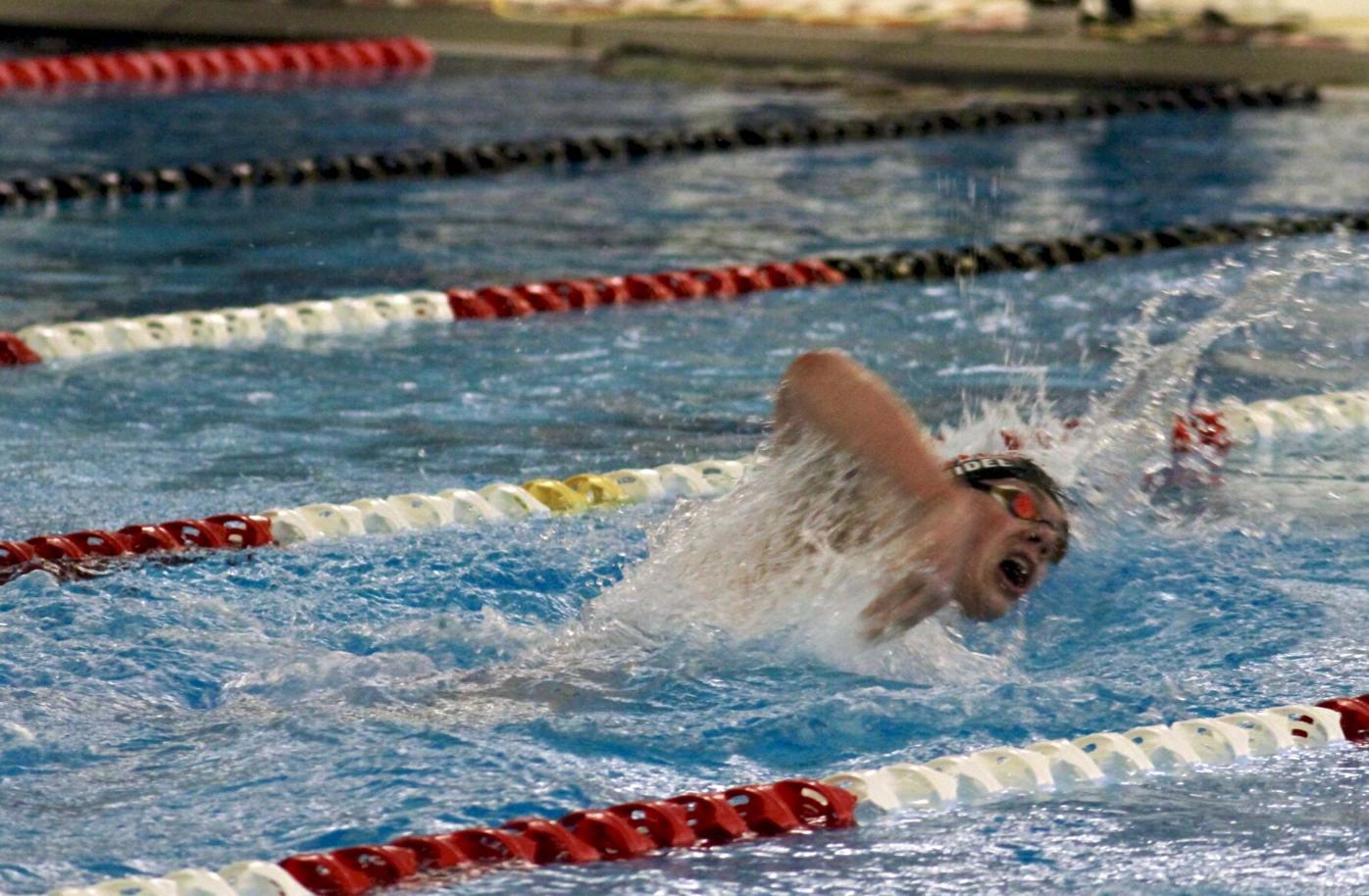 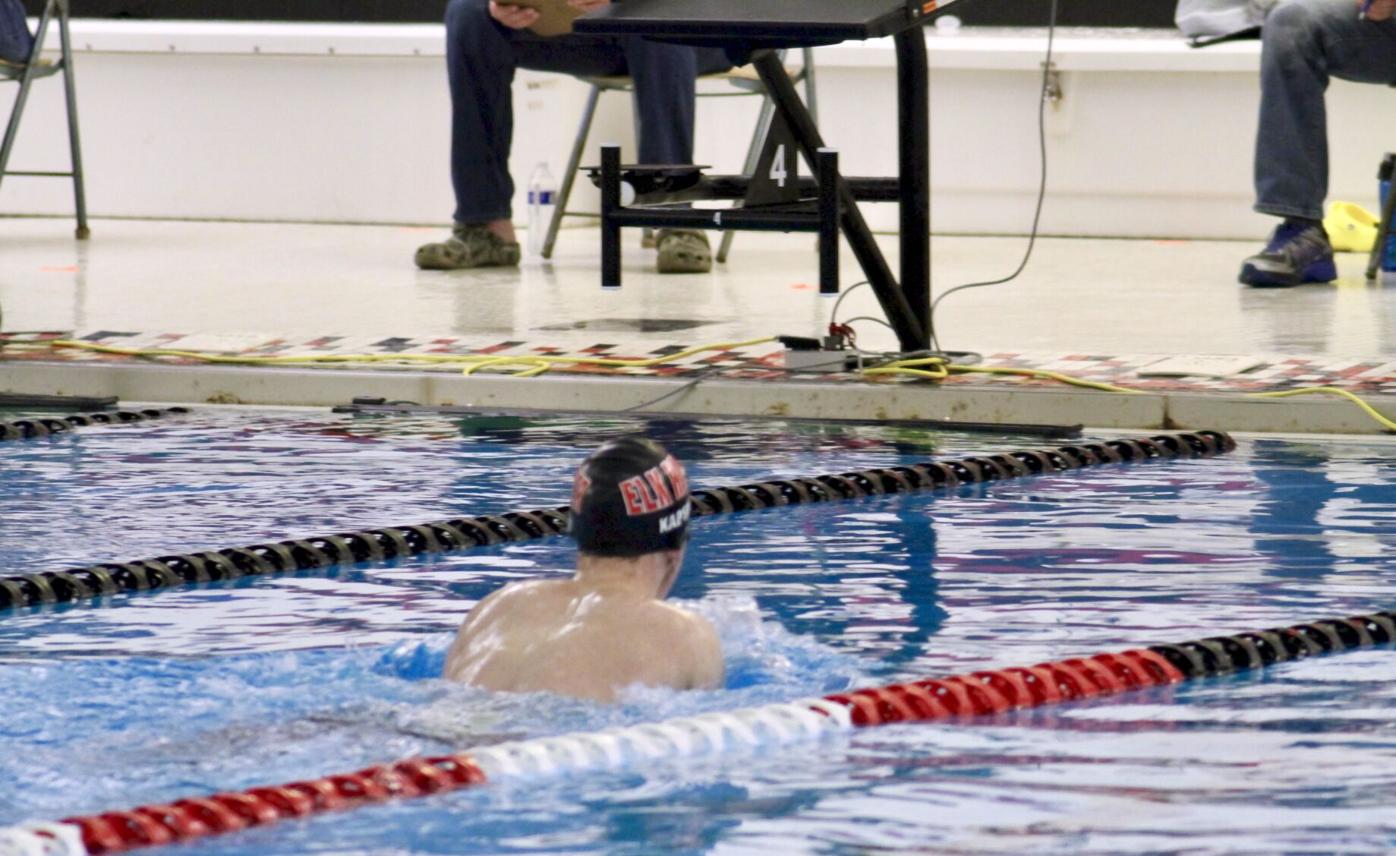 Green said she wants the Elks to swim every meet this season like its a Section 8-2A meet or a state tournament meet.

“We’re hoping to end our season and compete in all of our meets, but there’s always that unknown,” Green said. “It doesn’t matter who we’re facing. That’s our goal—to give it our all every swim. Most of them have not been in the water. Pools were shut down and for only being in practice a couple weeks, they looked good [on Thursday, Jan. 14].”

Green said Elk River’s seniors stepped up against the Huskies.

“We have 33 team members,” she said. “Eleven of them are seniors. A third of our team is seniors, and they stepped up last night.”

The theme for the 2020-21 Elks is Achi, the Hebrew word for brother. It is printed on black shirts that swimmers wear when they are not swimming. Green said the senior captains choose a theme before each season to promote unity. The 2020-21 senior captains are Hlavachek, Kapsner, Lodermeier, Schmeidel and Arteom Katkov.

“We pull from a lot of schools [in District 728]: the middle schools, the three high schools, Spectrum [and] homeschool kids,” Green said. “It’s always been [about] unity or that type of thing. We assign each team member a team brother, someone to help out and look out for. We’ve always called it the family—once a part of the family, always a part of the family. They consider themselves brothers. We usually do some kind of foreign language term. We’ve had Latin. We’ve had Hawaiian. We [have] Hebrew this year. We’ve had Swahili. We’ve had a lot of different foreign words. They wanted to stick with that idea.”

The Elks continued their winning ways on Tuesday, Jan. 19, winning 97-72 over the Orioles at Osseo Junior High School. Elk River won 6 of 16 events.