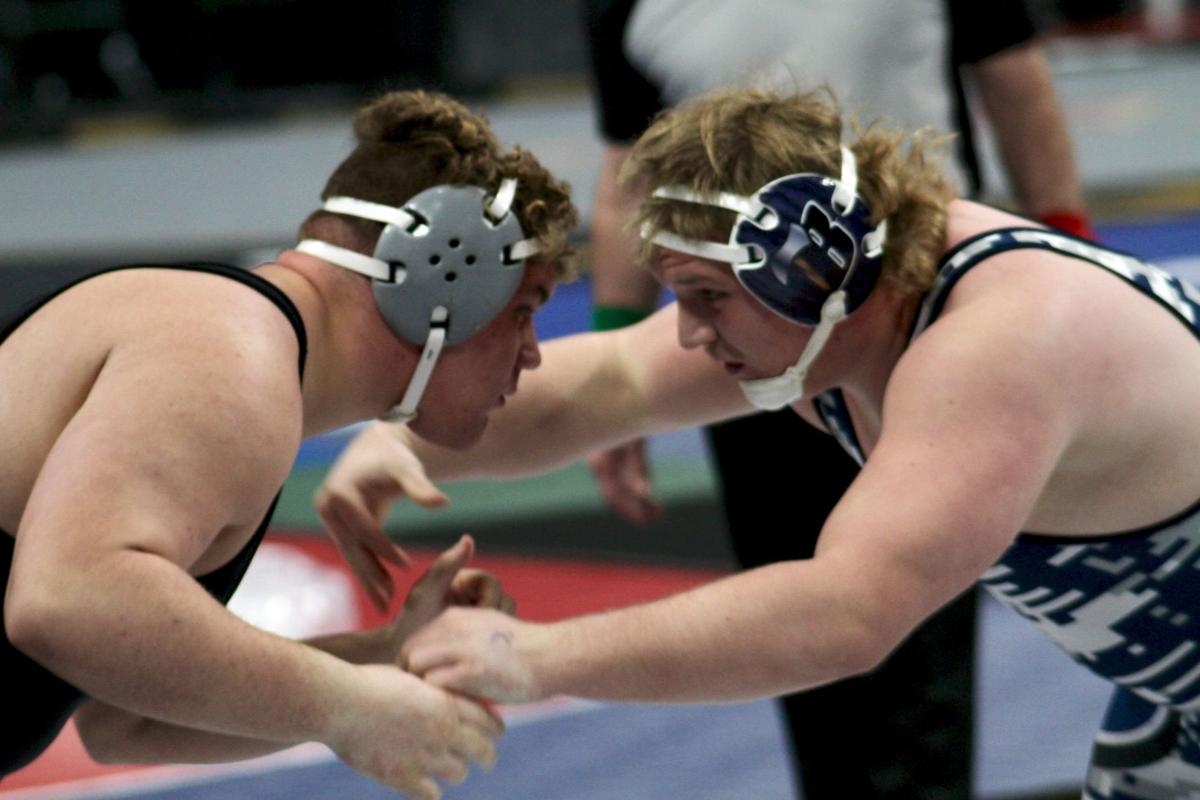 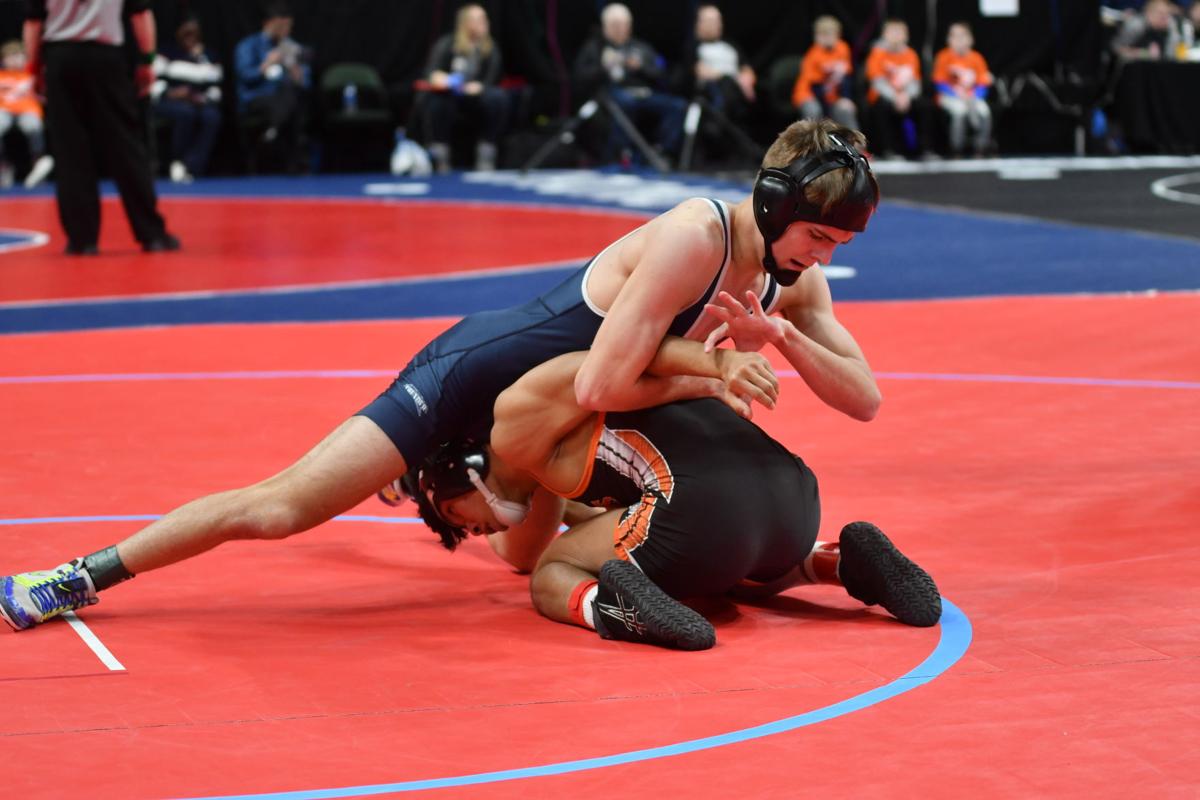 Zimmerman junior lightweight Joe Montplaisir tries to maneuver past Marshall senior Has Khee Lar during their Class 2A match on Feb. 29 at Xcel Energy Center. 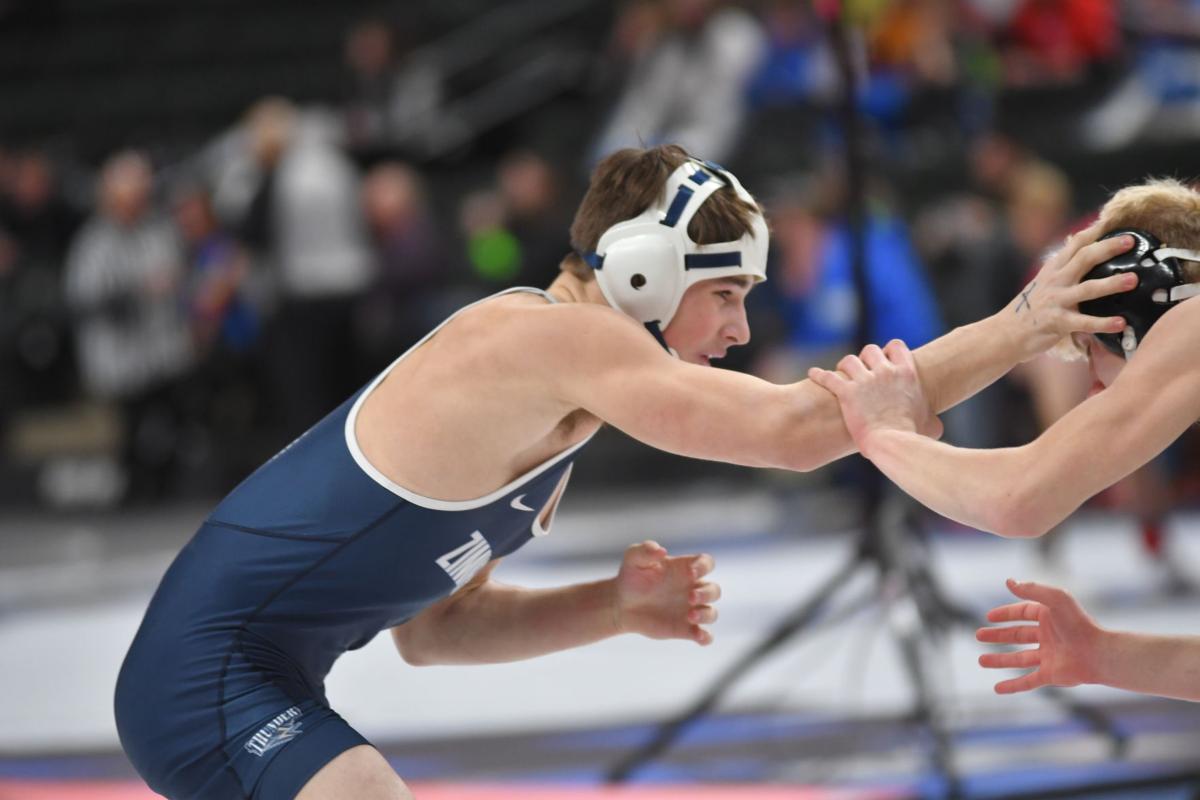 Zimmerman junior lightweight Joe Montplaisir tries to maneuver past Marshall senior Has Khee Lar during their Class 2A match on Feb. 29 at Xcel Energy Center.

After making the state tournament in his 2018-19 junior season, Elks senior Seth Hopkins capped off his Elk River wrestling career by finishing in fifth place in the 285-weight division in the Class 3A state tournament on Feb. 29.

"He came down here to place," Kulm said. "That's a good indicator of how hard he's worked this whole season to put himself in the position."

Hopkins won his first match against Winona-Cotter junior Zander Rusert 3-1 but lost to Coon Rapids junior Gavin Layton in the quarterfinals when Hopkins fell with 3:39 remaining in the match.

After moving on to the consolation side of the heavyweight bracket, Hopkins defeated Eagan junior Diego Villeda 5-1. He then beat Owatonna senior Isaiah Noeldner 5-2 before falling to Bemidji junior Chase Smith after falling with three minutes remaining in the match. Hopkins then defeated Gladbach to place fifth in his final match with Elk River. Hopkins will play football for the University of St. Thomas next season.

Hopkins said he was happy to make the state tournament. He has made six state tournament appearances in his career: three in football, two in wrestling and one in track.

"I knew I had to make it coming into my senior year," Hopkins said. "It feels good that I made it here."

Thunder junior Joe Montplaisir got revenge in the most fitting way on Feb. 29.

Montplaisir finished fifth in the Class 2A 120-weight division. He defeated Marshall senior Hsa Khee Lar 7-3 after Lar defeated Montplaisir 6-5 in the opening round. Montplaisir was 4-2 during the tournament and finished the season with a record of 39-5.

Zimmerman junior Joe Gardas won his first match in the Class 2A 145-weight division over Fairmont-Martin County West senior Cale Steuber 12-8. Gardas lost in the quarterfinals to Pequot Lakes-Pine River-Backus sophomore Connor Tulenchik after he fell with 5:24 seconds remaining in the match. Gardas lost in the first round of the consolation tournament to Delano junior Carson Tschudi 5-2. Gardas finished the season with a record of 38-6.

After losing only five matches during the regular season, Royals junior lightweight Max Ricks couldn't carry his regular-season momentum into the state tournament.