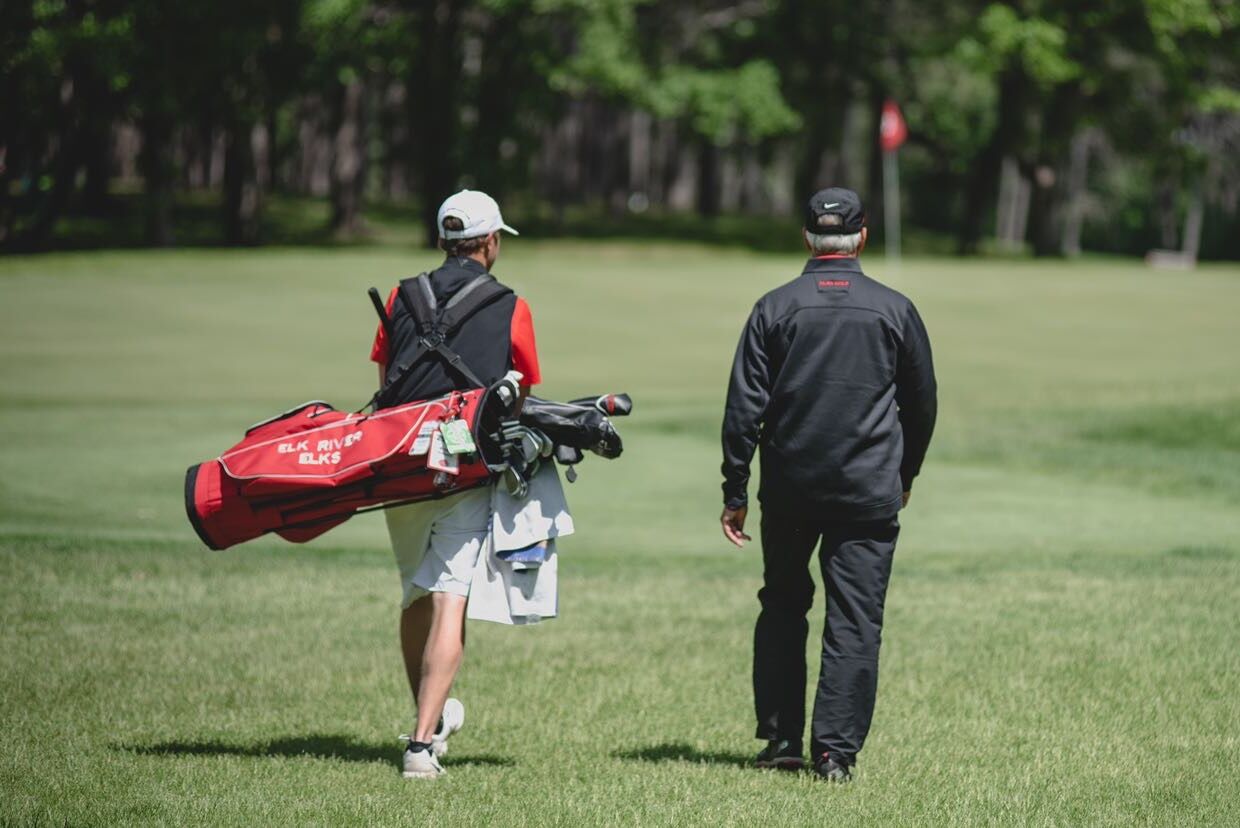 Brady and junior Josh Hebrink, with 2-Day totals of 152 and senior Caden Holt (153) led the Elks to a 5th Place finish in last year's
state tournament, as the 2020 golf season was cancelled due to the COVID-19 pandemic. 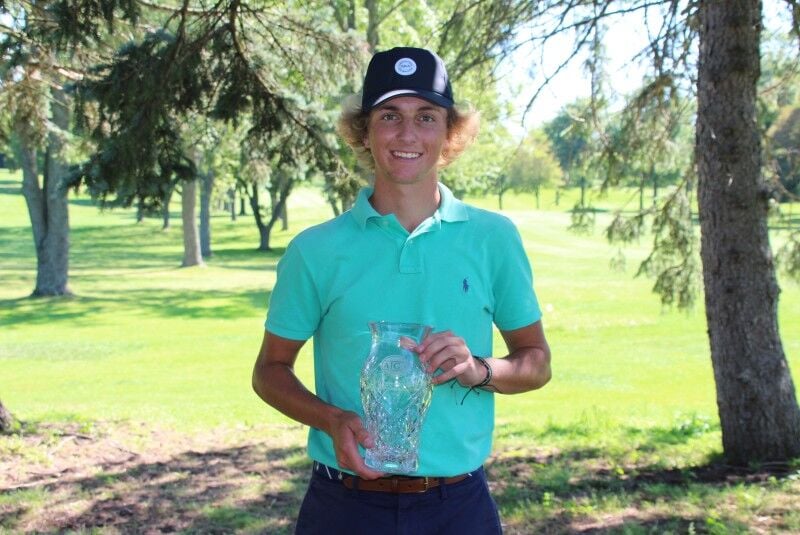 Elk River senior Brady Holland with his 1st Place Trophy for his win at the AJGA Preview at Meadowbrook Country Club in Racine, Wisconsin in August 2020. 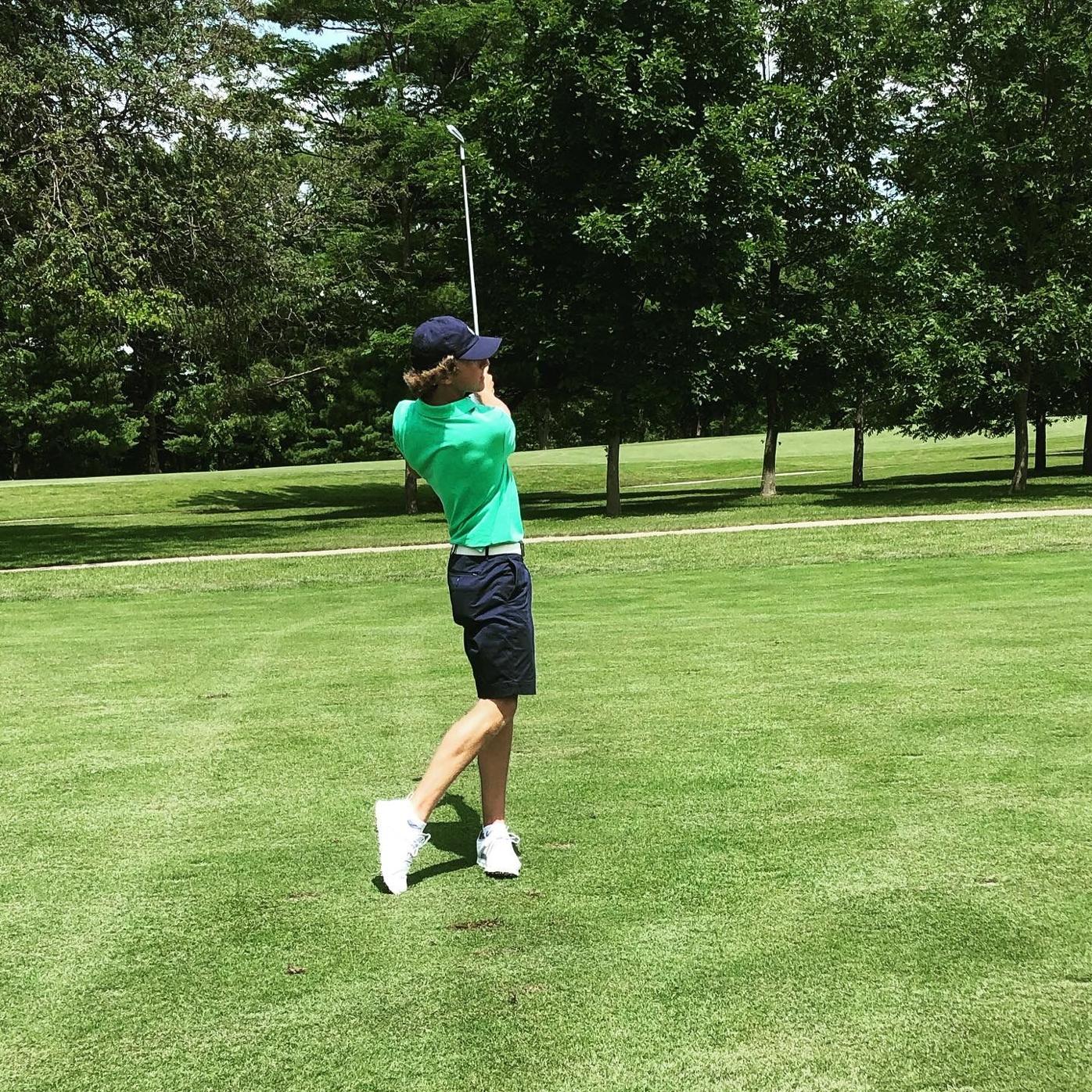 Brady and junior Josh Hebrink, with 2-Day totals of 152 and senior Caden Holt (153) led the Elks to a 5th Place finish in last year's
state tournament, as the 2020 golf season was cancelled due to the COVID-19 pandemic.

Elk River senior Brady Holland with his 1st Place Trophy for his win at the AJGA Preview at Meadowbrook Country Club in Racine, Wisconsin in August 2020.

While the 2020 golf season may have been cancelled, that doesn’t mean that Elk River senior Brady Holland’s golfing career is over. Holland still has one season left.

Holland has won multiple Section titles with the Elks, including in 2018 which he said was his most memorable season so far. Holland has been golfing since he was 3 years old.

“Working my butt off every day trying to be the best I can be and then just mentally staying focused on my goals in life and making those goals. Once I achieve those goals, [I] make new goals, make bigger goals and better goals and keep improving my game.”

Elk River boys golf head coach Phil Johnson said Holland has done a good job to put him in a position to earn a college scholarship.

“That’s what he’s working towards, but in the year of COVID-19, those are hard to come by,” Johnson said. “A lot of colleges have not had their golf seasons and because of that, those athletes, those golfers at those colleges are often times redshirted so there’s very few college scholarships available. I’m sure a lot of athletes in high school are experiencing that right now that are capable of earning scholarships like I believe Brady is.”

Holland has won a pair of Section 8 3-A championships with Elk River in 2018 and 2019. He said his favorite memory is winning the 2018 Section 8-3A championship over St. Michael-Albertville. The Elks beat the Knights by 30 points and shot -10 under par.

“We’d stay up at a hotel and having the whole team together. That was one of the greatest things we’ve had that I’ve been on in this Elks golf career. It was incredible. Everyone was bonding. Everybody was hugging each other as best friends. I did think we were going to go far in State and just didn’t come out on top but still had a great season.”

“[He’s] never too high, never too low,” Johnson said. “[He’s] always able to recover from shots that weren’t his best and not let the last shot affect the last one. He’s able to stay focused for a full round of golf. That’s often times hard to do espcially in the competitions that he’s been in. Brady puts a lot of time in, a lot of practice into his game. He works very hard on his short game of chipping and putting that makes him the golfer he is today.”