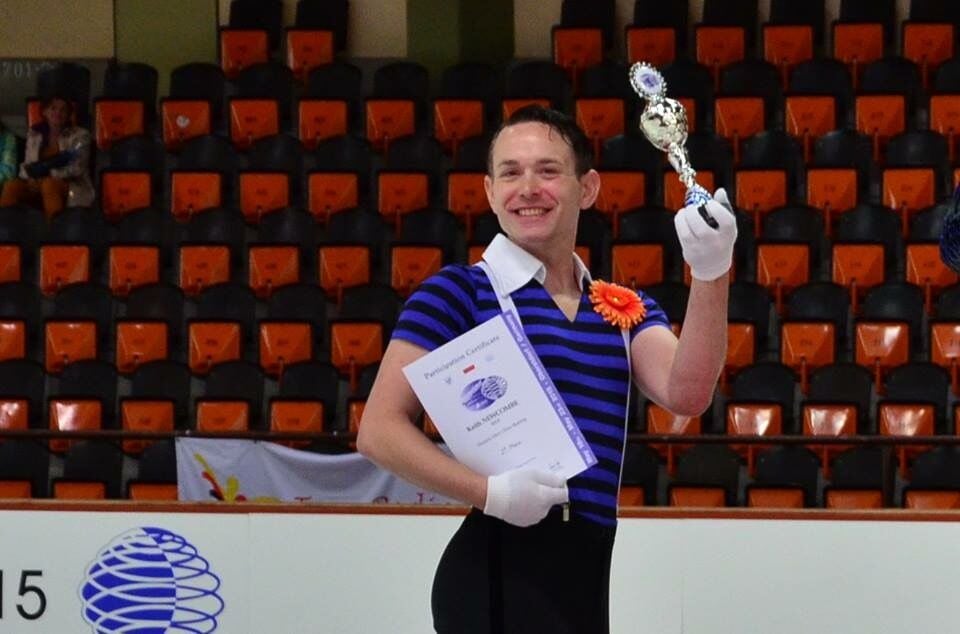 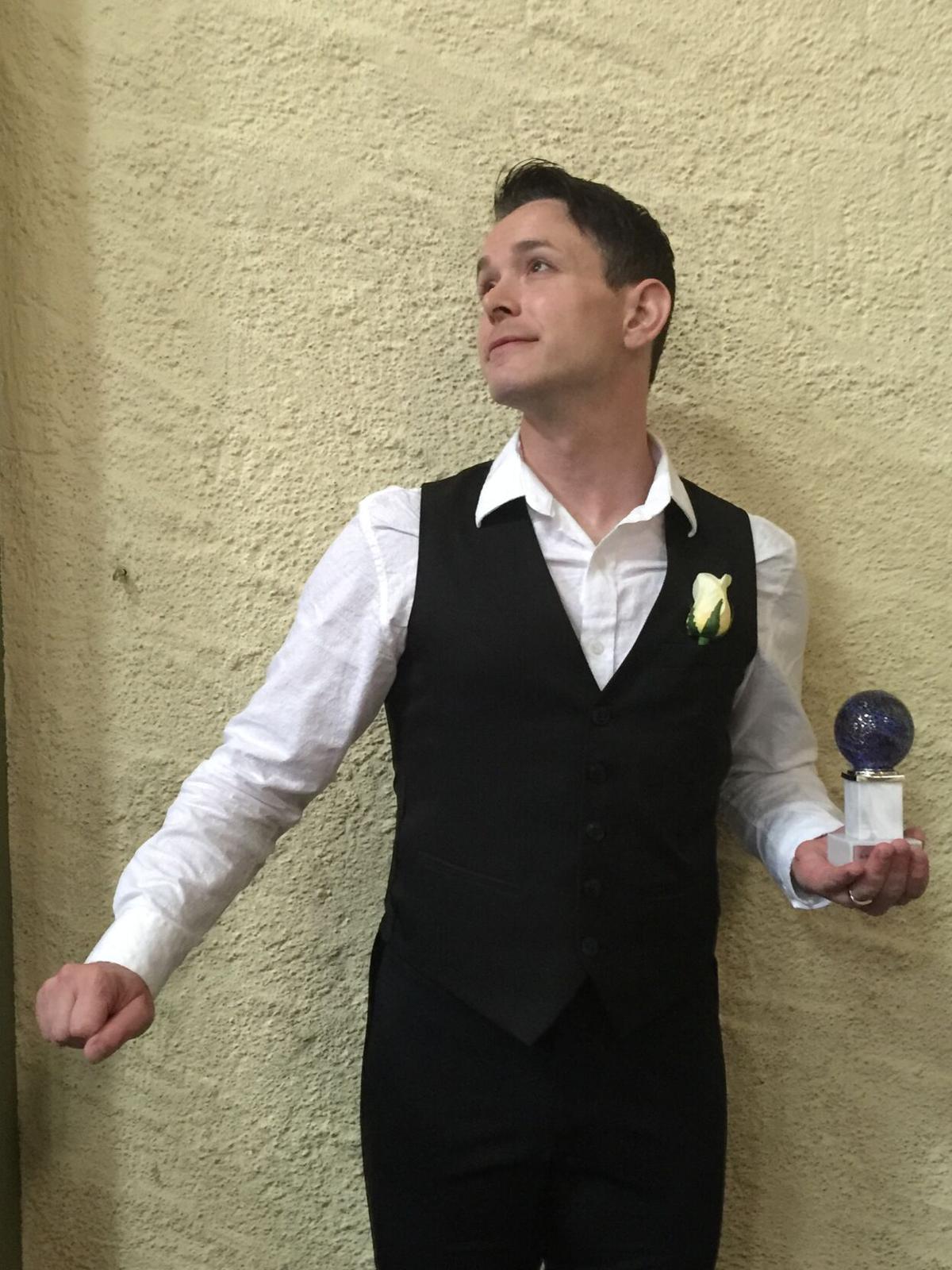 In addition to begin a self-taught figure skater, Elk River native Keith Newcombe is a published author. His newest book, "Oscar Bound," is a psychological thriller that will be released later in October. Fifty percent of the profits from the sale of each copy of the book will be donated to the Elk River Figure Skating Club. Newcombe is one of the figure skating coaches at the club.

In addition to begin a self-taught figure skater, Elk River native Keith Newcombe is a published author. His newest book, "Oscar Bound," is a psychological thriller that will be released later in October. Fifty percent of the profits from the sale of each copy of the book will be donated to the Elk River Figure Skating Club. Newcombe is one of the figure skating coaches at the club.

Keith Newcombe is unique among the coaches at Elk River Figure Skating Club. Not only is he self-taught, but he is also a published author.

Newcombe did not compete in figure skating as a child and didn’t compete in his first competition until he was 26 years old. He was 28 when he won the Adult Men’s Gold Championship and he was 34 years old when he won the ISU Adult International Master’s Freeskate in Oberstdorf, Germany.

Newcombe’s first memory of figure skating came when he was 4 years old when he watched American figure skater Scott Hamilton compete at the 1984 Winter Olympics.

“I remember as a little boy that he looked so small and diminutive because he’s a very small statured person that I thought he was another child,” Newcombe said. “So I remember thinking, ‘Well if that child’s out there ice skating, I want to do that, too.’ I remember the TV I was watching was turned off and I was told that [figure skating] was for girls. I figured out a while later that guys can skate, too.”

In addition to his role as a figure skating coach, Newcombe is also a published author. He has written two books and a third, “Oscar Bound,” will be released later in October. Fifty percent of the book’s profits will be donated to the Elk River Figure Skating Club. It’s a psychological thriller about a man who awakens tied to a chair with no recollection of who or where he is. [He’s] forced to relive his life through a series of flashbacks. He hopes to discover why he is Oscar Bound.

“One of the things as a club that we’re struggling with is getting people,” McGorry said. “We’ve lost some people with the two things that hurt us over the last couple of years was the construction [of Elk River Ice Arena], which knocked down our ice time and now with COVID-19. I’m hopeful that publicity will get our name out. I know there’s a lot of people even in Elk River that don’t even know we have a figure skating club. Publicity is huge and trying to get our name out is something we always struggle with.

“That in and of itself will be tremendous because getting people into the club is where things work. That’s how the whole process works. That’s what we want to see. We want the whole thing to grow.”

Newcombe began writing when he was about 8 or 9 years old. As a young child, he wrote poetry. When he was 15, he had an English teacher who posted a writing competition on her bulletin board in her classroom. It was about poetry. He entered the poem in the contest and it was published in an anthology of young poets. Ironically, Newcombe isn’t a big reader and doesn’t have a favorite author. He said he wants his books to read like one is watching a movie.

“It wasn’t until 2013 that I decided [to write a book]. I had a dream one night and when I woke up, my brain was stuck on this one dream and I thought, ‘Well, I feel like I’ve seen this as a movie, but it didn’t exist.’ So I started writing down what I was watching in my dream and eventually in eight weeks, I cranked out my first book.”

McGorry said Newcombe’s background is distinct from the other coaches at Elk River Figure Skating Club.

“Keith is a unique person,” McGorry said. “He likes to talk. He’s very personable. I think he’d talk to anybody about just about anything. He’s easy to get to know. He’s fun and his background of being self-taught as a skater is unique. From what I understand, he watched old tapes and watching it online and even before online existed and just trying to figure out how to do that is unique. Because he’s gone through it on his own so many times, he can relate to the kids. As skaters when you have a bad day or a good day, he knows what they’re going through, which is awesome.”