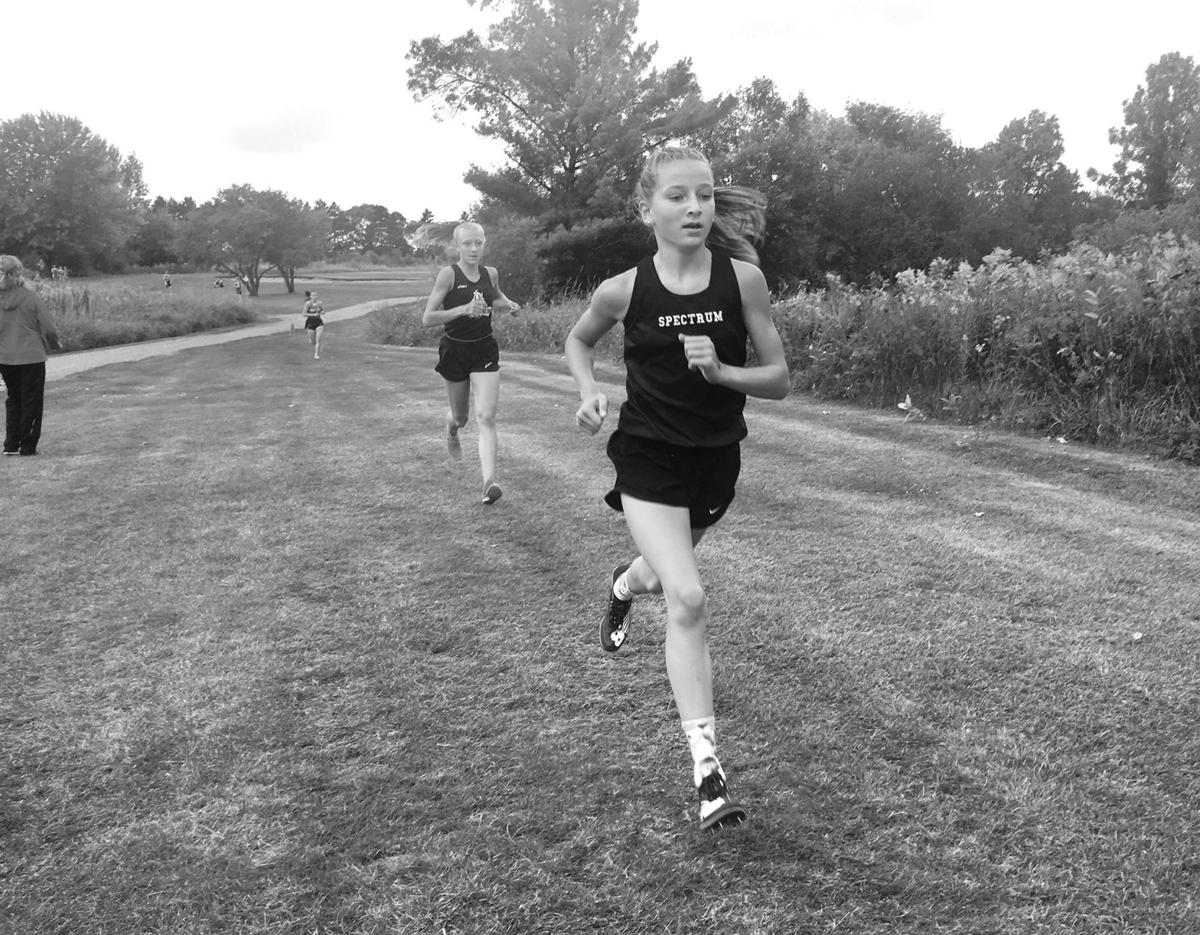 Freshman Molly Novotny led the Spectrum girls with her first-place finish in a 5K girls school record of 20:04. 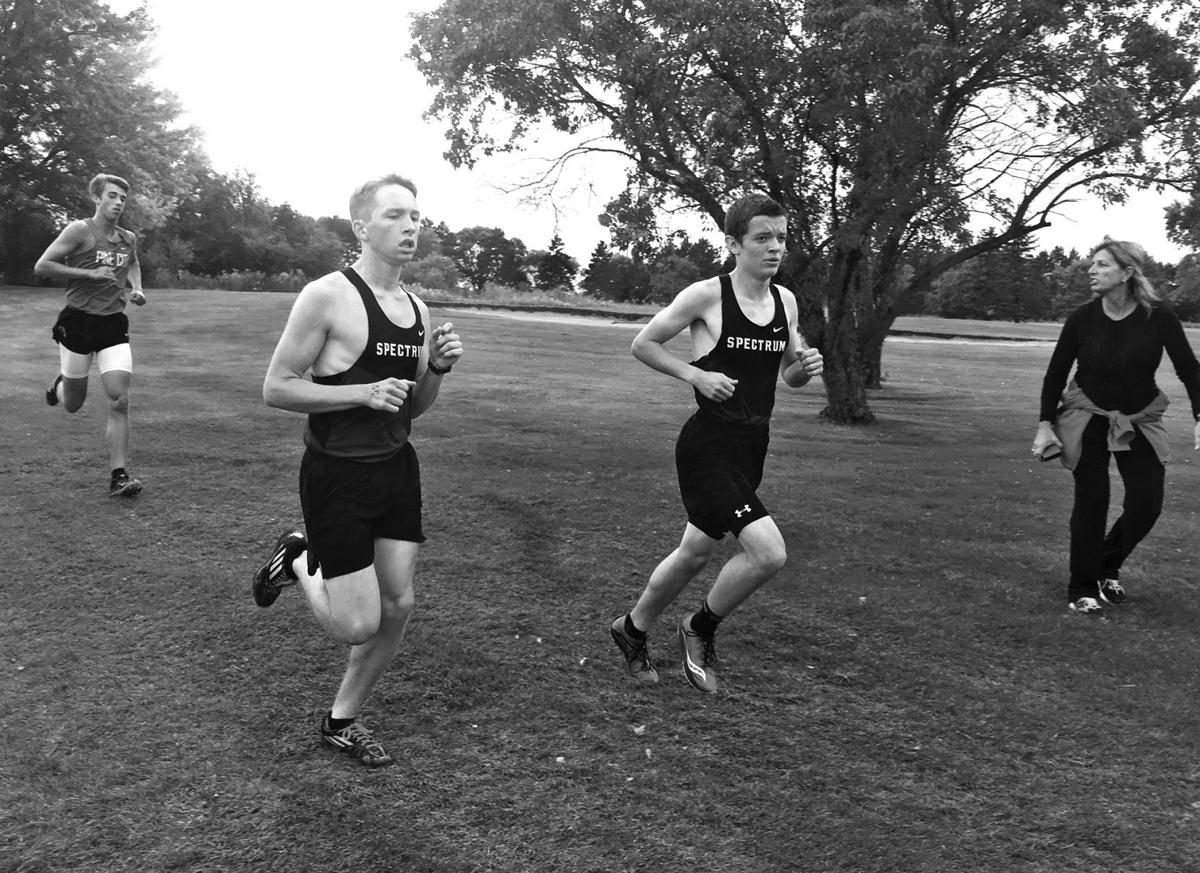 Freshman Molly Novotny led the Spectrum girls with her first-place finish in a 5K girls school record of 20:04.

Thursday, Sept. 5, was a record breaking day for the Spectrum cross-country team as they won team championships in both the girls and boys JV and varsity races at the Pine City Invitational. A total of 10 teams competed on the 5K course under cloudy and humid conditions at the Pine City Country Club. The Sting also captured all four individual titles.

Leading the way for the Sting was freshman Molly Novotny who set a girls 5K school record in 20:04. Sophomore Kyle Haben won the boys race in 17:52. The JV girls race was won by sophomore Becky Cerezo in 25:09, and junior Will Orton captured the boys JV title in 20:30.

“We had 16 all-time personal records today, which is terrific for this early in the season,” said coach Rick Peterson. “This marks the first time in program history that Spectrum has won team and individual championships in all four races (JV and varsity) at a cross-country meet.”

Spectrum took part in the Mora Invitational on Sept. 10.