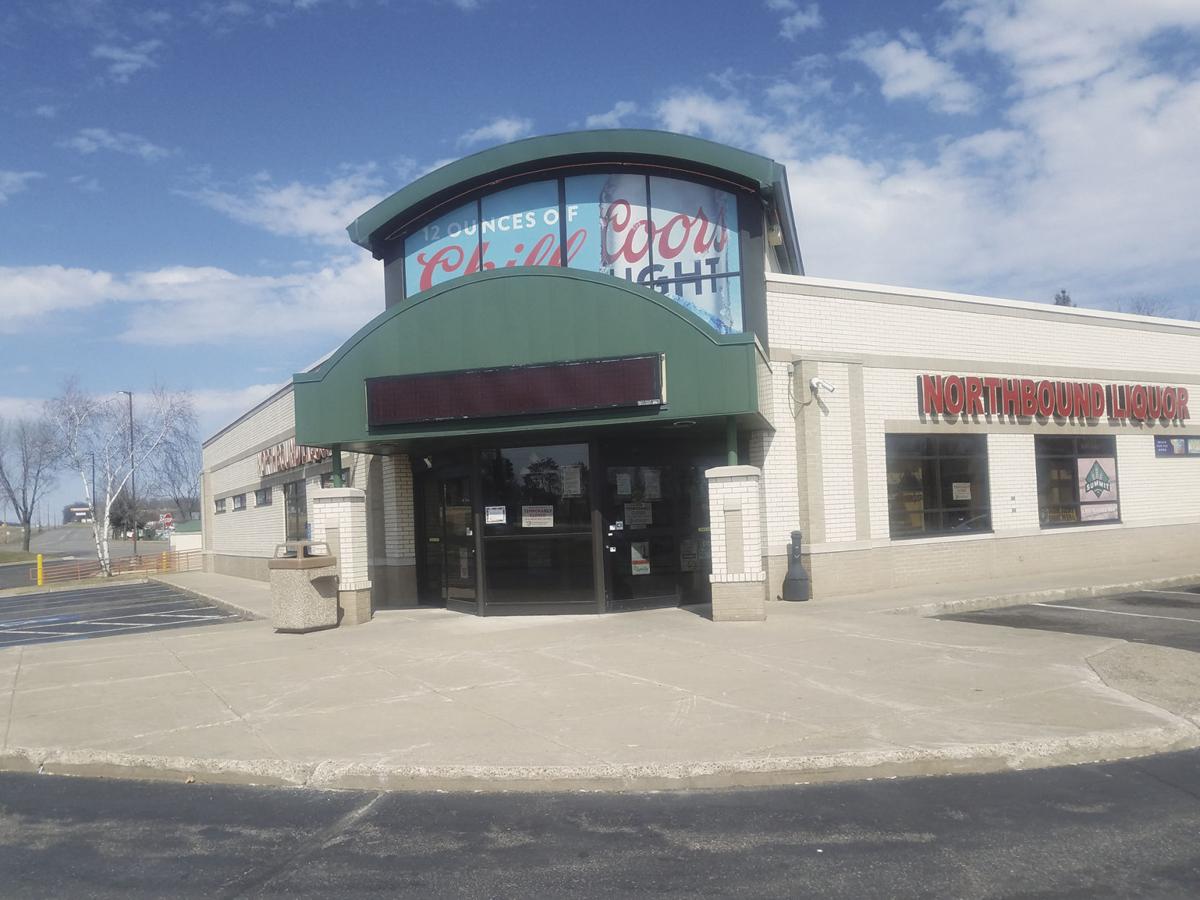 Northbound Liquor closed on March 21, and remained closed as of April 1 when this photo was snapped. Online ordering and curbside pickup will roll out no later than April 6. 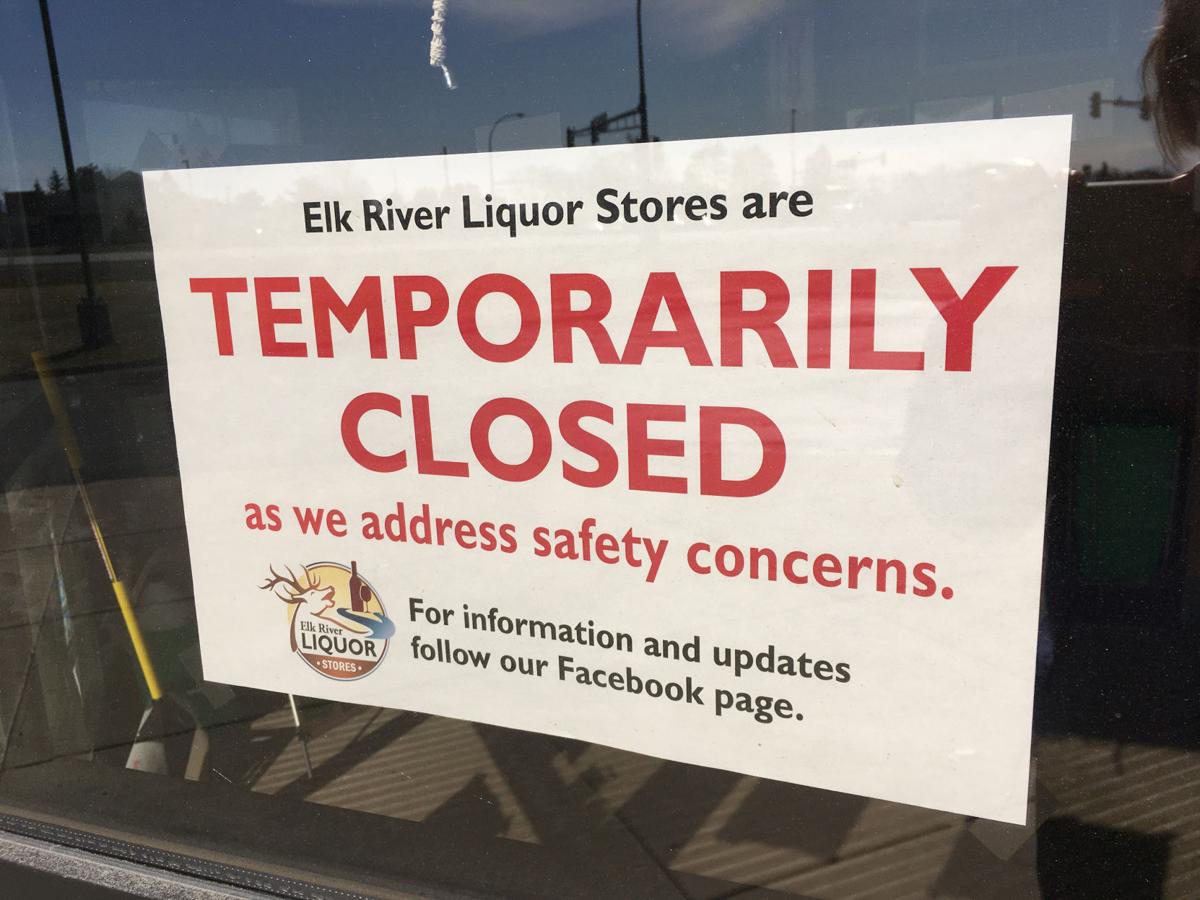 Northbound Liquor closed on March 21, and remained closed as of April 1 when this photo was snapped. Online ordering and curbside pickup will roll out no later than April 6.

Northbound and Westbound municipal liquor stores will reopen on Monday, April 6, after temporarily closing for the protection of employees and the public in the fight against COVID-19.

The city decided it was in the best interest of Elk River liquor store employees and patrons to close both liquor stores temporarily starting the evening of March 21 while officials looked for ways to provide service within the social distancing guidelines provided by the Centers for Disease Control and Prevention and the Minnesota Department of Health.

While some area liquor stores went the way of changing hours to deal with staffing issues, giving raises and/or installing plexiglass to shield employees from customers in checkout lanes, Elk River officials chose to expedite plans for online sales in concert with curbside delivery.

“We’re now doing what I gave myself a year to do in two weeks,” said Joe Audette, the operations manager for both Elk River municipal liquor stores. “The online component will completely stay a part of the business (once we get back to normal).”

Customers will be able place orders online and pay for them with the use of Square Point of Sale system, which is designed to run on a tablet or smartphone. Capabilities include online payment processing, sales reports, inventory and digital receipts, as well as valuable analytics information.

Liquor store employees will retrieve the orders and prepare them for curbside pickup.

Audette said after he and other city officials sized up the situation, curbside was the absolute safest way to meet the needs of the community and keep staff safe.

Meanwhile, Audette says the store is also preparing for the day when the doors to the stores open again to customers.

“We will open the doors someday,” Audette said. “But until safety is not as big of a concern as it is now, we will press on with the curbside service.”

With the addition of online ordering, Northbound and Westbound will be one step closer to offering a delivery service.

And once the doors open, customers will see plexiglass has been added. A city employee was putting the finishing touches on the system that was designed with the help of Classic Acrylics in Elk River.

Plexiglass was installed without the use of two-byfours in favor of solid plexiglass for a classier look. Functionality was achieved with the installation of a ceiling fan and accommodations to prevent the plexiglass shell from creating a vacuum. To do both stores, it will cost about $5,000, said Audette, who has been the operations manager for two years and four months.

“I think they will look really nice when they’re done,” he said.

Elk River residents were alerted to the closure on March 20, and the stores shut down at 7 p.m. Saturday, March 21. The stores did more than a brisk business in the week leading up to the closure, averaging 1,200 customers a day. Westbound Liquor had 581 customers on Friday, March 20, which is more than what the two stores combined usually attract. Northbound, the busier of the two stores, had 1,372 customers that day.

“The city will reevaluate these closures as events unfold, and during this time liquor store management staff will seek possible service alternatives that protect the safety of employees and patrons,” a news flash alerted Elk River residents.

The news flash told residents if they felt a need to shop at their stores to follow the social distancing guidelines and consider shopping during off-peak hours.

Once the doors were closed, Audette and his two store managers, John Colotti and James Kuklock, worked with online experts, their point-of-sale people and the city’s administrative team.

“We had tons of people helping out in this crunch time,” Audette said, adding the amount of negative feedback has been minimal. He said they have, however, received a ton of positive feedback from their staff and their families.

“I think we will come ahead with the changes we’re making,” Audette said.

April 6 is the firm opening date. If things went well on Thursday and Friday, there could be a soft opening over the weekend.