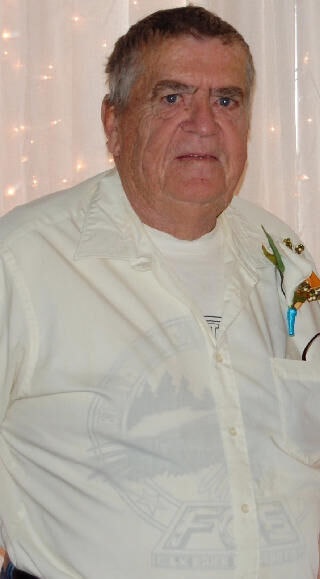 Roger Allen Tarnowski, beloved father, grandfather, great-grandfather, friend, brother and husband passed away peacefully on July 23, 2020. He was 88 years old. He was born in Milwaukee, WI on September 28, 1931 to Vincent and Eleanor. Roger proudly served his country during the Korean War from 1952-1954. He met the love of his life Margaret at the dance hall in Rogers, MN and they were married on July 22, 1953. Roger was a carpenter by trade, before going to work for the United States Postal Service for nearly 30 years. He was a well known local carrier who walked a 12 mile route every day, covering much of downtown Elk River, from the Mississippi River to Highway 10. His children and friends would walk parts of his mail route with him, have lunch at the Dam or ice cream at the Dairy Queen in town. He passed long his strong work ethic to his children, but also showed them that life was to be enjoyed. After retiring, they moved to the lake cabin in Deerwood, MN. He and Margaret spent summers with their kids at the lake and wintered near St. Petersburg, FL. Roger loved his family, enjoyed fishing, gardening, and socializing at various veterans clubs. He loved smoking fish, doing puzzles and loved reading a good western. He will be missed by many. Roger is survived by his beloved wife of 67 years, Margaret Louise; children, Mary (Gary) Wernersbach, Bruce (Lea Ann) Tarnowski, Lisa Huttner, Diane (Eddie) Weyandt; grandchildren, Kathy (Randy) Gisch, David Wernersbach, Bryan (Jamie) Tarnowski, Brenda (Kevin) Kane, Andrew (Brianna) Maciej, Jeffrey (Carrie) Maciej, Sara (Jason) Davis, Jacob Wernersbach, McKenna Weyandt, and Kieren Weyandt; 12 great-grandchildren and one on the way; his sisters, Dorothy Fries, Ruth (Doug) Nelson, Janis Harding, and Lora (Dick) Kinnan and numerous nieces and nephews. He was preceded in death by his brothers, Kenneth and Donald Tarnowski and sister, Jerie Greve. Roger’s family will be holding a Celebration of Life gathering at an appropriate future date to be determined. Arr. Dare’s Funeral Home, 763-441-1212, www.daresfuneralservice.com.